Hey Mr. DJ, put a record on—there’s quite a couple of great and unexpected comebacks for the month. So don’t just stand there; get into it and be sure to give them all your luvin’. Here are the new music albums releasing this September 2022.

Music lovers eagerly wait for new music releases every month. Everything including upcoming albums, new extended plays (EPs), long plays (LPs) and single tracks always pique their interests as they cannot wait to tune into the latest drops by their favourite artists. And, after an electrifying August that saw some big numbers, upcoming music albums releasing in September 2022, look equally dazzling.

September too seems to carry forward the same contagious energy and high spirit. New music releases by metalheads such as Ozzy Osbourne and Megadeth, followed by icons such as John Legend and Joni Mitchell, have already stirred the air in the music and entertainment industry.

There is good news for K-pop fans too. BLACKPINK is whipping up something exciting.

Megadeth: The Sick, the Dying … and the Dead!

Here’s a call to all metalheads. In the list of much-awaited new music releases, is this music album drop by metal band Megadeth. The announcement was made back in June and was followed by the release of a video of its lead single “We’ll Be Back.” This marks Megadeth’s first album since 2016’s Dystopia.

The war-themed lyrics and a hyper-realistic music video sets the tone for what to expect from the 12-track long album. The video features the band members, led by Dave Mustaine, emerging out of gates with machine guns hurling out superfast riffs in the background.

While the lead track is said to be a personal account, probably of Mustaine’s tryst with throat cancer, a few of the other songs also have some special highlights — there is an Ice-T feature in “Night Stalkers” while “This Planet’s on Fire (Burn In Hell)” has a guest performance by Sammy Hagar. Recently, the band has also released another song from the album titled “Soldier On.”

Preorder The Sick, the Dying … and the Dead! here. 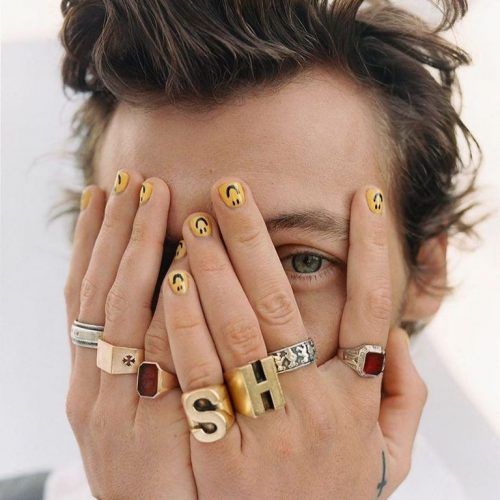 If you are looking for new music releases that are light-hearted and are sure to make you smile, this Irish trio has their fifth studio album to offer.

While the album’s name ushers in a sense of cheerfulness and optimism, it also reminds that feeling low and anguish is inevitable. It advocates the fact that one should always try to smile as the clouds of uncertainty and misery is sure to pass away someday.

The trio has released the album’s lead single “Wonderful Life” which upholds the duality of these ideas in the most amazing way. Themes of pandemic-induced stress, anxiety and uncertainty are juxtaposed with the fact that people are embracing new ways of life and turning towards the happier side, and are well explored in the track.

This album comes after the trio’s 2019 album False Alarm.

Call it eponymous or celebrating oneself, John Legend’s upcoming album is named after him and is all about a fresh dose of legendary music and collaborations with various artists.

The LP marks the singer’s eighth studio album. Hit tracks from the album which have already been released include the third single and the roller disco number “All She Wanna Do” featuring Saweetie and previous singles “Honey” with Muni Long and “Dope” with rapper JID.

Get ready for another set of metallic numbers in September. Patient Number 9 is one of the most embellished upcoming albums which has a galore of music stars and rock legends.

In June, Ozzy Osbourne released the title track featuring the legendary Jeff Beck on guitars. From Chad Smith of Red Hot Chili Peppers on drums and Robert Trujillo of Metallica on bass to Zakk Wylde on guitars and keyboards and producer Andrew Watt on backing vocals, guitars and keyboards, the song is a star-studded affair like no other.

And no, that is not all, as there are more metal artists on the list. This upcoming album includes guest performances by Osbourne’s Black Sabbath mate Tony Iommi, Eric Clapton, Duff McKagan of Guns N’ Roses, Mike McCready of Pearl Jam and Josh Homme of Queen of the Stone Age.

From “Demons” to “Bad Liars,” Imagine Dragons has belted out soulful music since their debut in 2008. The Grammy-Award winning band released their debut studio album Night Visions in 2012, and as it completes a decade in 2022, a new album is on its way to mark the occasion.

Comprising 20 hit tracks and two demo covers, Night Visions (Expanded Version) is a celebration which is being released via Interscope/KIDinaKORNER in physical forms and deluxe edition. The 2-LP release features the original cover art with a 10th-anniversary cover art lithograph and 2 CD or 2 cassette forms will also be available with an exclusive limited-edition, canary-yellow vinyl.

Besides songs from the debut album, such as “Hear Me” and “On Top of The World,” and most notably “It’s Time,” “Radioactive,” and “Demons,” the extended version also has other popular tracks such as “Cha-Ching (Til We Grow Older)” as well as “Round and Round,” “Selene,” “Fallen” and “Cover Up.”

A super-deluxe variation is also slated to release comprising four CDs with the original album, bonus tracks, live recordings, and remixes along with a DVD of The Making of Night Visions. 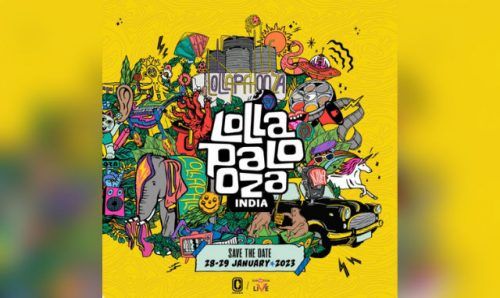 Among the much-awaited upcoming releases is Sudan Archives’ new album Natural Brown Prom Queen. It is being released via Stones Throw and is an ode to home, more particularly Los Angeles which is Sudan Archives’ adopted hometown and Cincinnati, the place where she was raised.

With a total of 18 tracks, the album comprises her hottest singles like “Home Maker” and “Selfish Soul” along with “NBPQ (Topless)” which can be considered the title track. The singer portrays a character named Britt— a high school girl who arrives at her prom night in a pink bikini and denim skirt.

The Fab Four may not be there anymore but one of the quartet’s members is back with his new album to raise the musical quotient of September. Ringo Starr recorded all four tracks at his Roccabella West home studio where he collaborated with other musicians including Steve Lukather, Linda Perry, Dave Koz, José Antonio Rodriguez and Bruce Sugar.

The album has a happy and cheery vibe and it also gets a physical form on 18 November, post a digital release. It will be available in CD, 10-inch vinyl and a limited-edition translucent royal blue cassette.

Who can resist the excitement when there is a music release from Pink Floyd? This album release was delayed for nearly four years and now eager fans can finally get the reissue of the band’s 1977 album Animals.

This new music collection will be released in CD, vinyl, Blu-ray and SACD formats, accompanied by a 28-page booklet. Though this upcoming release doesn’t contain any added bonus songs or background insights, it has been remixed on a 5.1 stereo sound by James Guthrie. Lack of internal consensus over linear notes led to a long delay in releasing these musical masterpieces, although Guthrie had finished the remastering in 2018.

For those willing to wait, a limited deluxe edition is also in the pipeline which will be available on 7 October 2022. It comprises CD, LP, audio Blu-ray and audio DVD with a 32-page book with behind-the-scenes photos.

Started in 1965, one of music history’s most famous psychedelic rock bands, Pink Floyd comprised Syd Barrett, Roger Waters, Nick Mason and Richard Wright. They were joined by guitarist David Gilmour just a few months before Barrett left in 1968. Today, the iconic band is survived by Gilmour, Waters and Mason, who are active musicians.

Korean pop girl group and music sensation BLACKPINK is back with their second studio album named Born Pink. It is a follow-up to their 2020 debut album The Album. The quartet, comprising Lisa, Jisoo, Jennie and Rosé, has also announced a world tour which is scheduled to kickstart in October.

Recording one of the highest presales among all the upcoming albums, Born Pink is headed by its single, “Pink Venom,” which was released on 19 August. Despite no prior announcements and hardly any information doing the rounds, fans of the K-pop band, who are called BLINK, were quick to lap it up.

Though not much is known about this upcoming album, “Pink Venom” gives a glimpse of what the rest of the LP may look like. Lots of pink, purple and yellow, along with flowers, and the girls walking through destruction — the music video is replete with classic themes that BLACKPINK is known for.

Popular folk and blues singer Joni Mitchell has long started a series of archival music releases of her albums in boxed sets. Now, the “Come in From the Cold” singer is all set for a new music release of The Asylum Albums (1972-1975) via Rhino/Elektra.

This marks the third drop in her series of archival music releases. It started in 2020 with the remastered version of The Early Years (1963-1967), and was followed by The Reprise Albums (1968-1971) in 2021. Adding another bout of joy to her upcoming release, Mitchell was awarded an honorary doctorate from Berklee College of Music on 23 August 2022.

Other albums releasing in September 2022

The list of upcoming albums in September 2022 is quite an extensive one. Besides the ones mentioned, there are several other noted releases that are sure to cause ripples in the music world.

These include Steve Aoki’s HiROQUEST, PJ Western’s Here I Go, Joe Strummer 002: The Mescaleros Years by the late Joe Strummers, Noah Cyrus’ The Hardest Part and The Joy Formidable’s Into The Blue (Deluxe Edition).

The list also has names like Pulse of the Early Brain [Switched On Volume 5] by Stereolab and Lee ‘Scratch’ Perry’s King Scratch (Musical Masterpieces from the Upsetter Ark-ive).

Music Spotify songs
You might also like ...
Food & Drink
8 iconic movie restaurants where you can actually enjoy a nice meal

Living
Blade Runner to 24 City: 10 best movies that every architecture fan should watch

Is Spotify Instafest the new social media craze after Spotify Wrapped? Here’s how to get it

The official line-up to Lollapalooza India 2023 is finally here