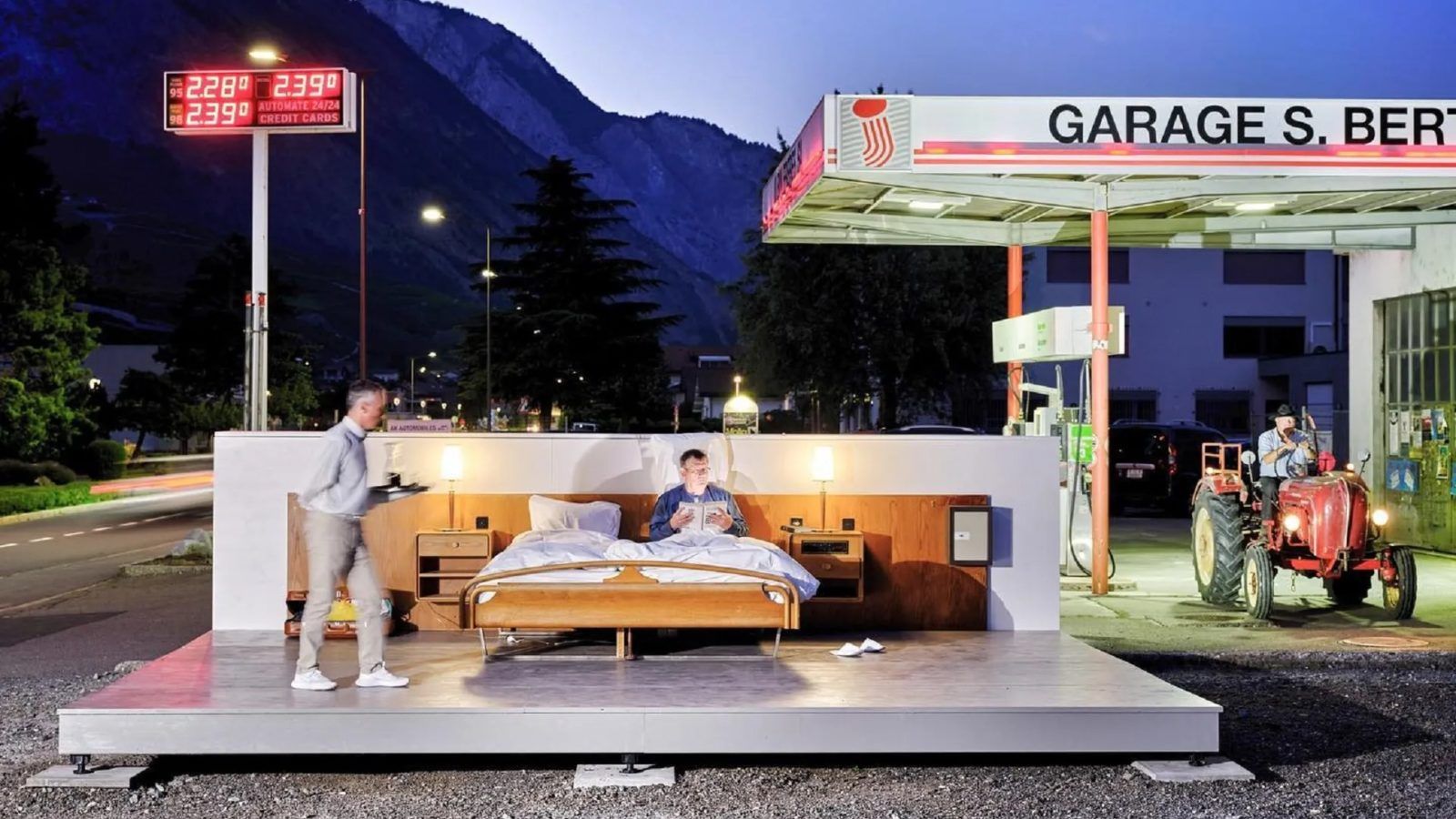 Swiss concept artists Frank and Patrik Riklin have come up with a unique way for people to think about all of the problems plaguing the world and take action accordingly. Their idea? An open-air hotel room where sleep might be impossible.

The new project is described by the brothers as an “anti-idyllic version” of their “Null Stern Hotel” (Null Stern is German for zero star).

Here’s what the ‘zero star hotel’ project is all about

The ‘zero star hotel’ is a double-bed set up on a platform. It is located on a roadside next to a petrol station in the village of Saillon, in the Swiss canton of Valais. A mountain can be seen in the distance.

Bedside tables and lamps are placed on either side of the beds. However, a unique feature is that there are no walls, ceiling or doors, which means that there is no privacy and guests sleep under the sky.

“The focus is not on sleep, but on self-reflection on the current world situation. It’s no time to sleep!” the Riklin brothers described in German in an Instagram post.

For whom is the ‘zero star hotel’?

It is designed for guests who wish to be awakened to the reality of the social, environmental, political and economic issues affecting the people and the planet instead of sleeping soundly unaware of them.

“Sleep is not the point,” Frank Riklin told Reuters, adding, “What’s important is reflecting about the current world situation. Staying here is a statement about the need for urgent changes in society.”

“In a nutshell, now is not the time to sleep, we have to react,” said Patrik.

He added, “If we continue in the same direction we are today, there might be more anti-idyllic places than idyllic.”

How to experience the hotel

According to Reuters, the ‘zero star hotel’ has been developed with hotelier Daniel Charbonnier. There are three more such installations, one on a hillside and another in an idyllic vineyard.

Each of them have butler service, with drinks and breakfast. The project will be open to guests from 1 July and continue through 18 September 2022.

Topics for guests to ponder on will range from climate change to wars and everything else that adversely impacts the planet. The cost of the experience will be USD 337.

The Riklins are twins and quite famous for their artistic projects. One of their recent projects, titled BIGNIK 2022, involved renaming of the St. Gallen railway station to BIGNIK and using over 2,800 red-and-white cloths to cover a part of the historic city’s streets.

Switzerland Environment Zero Star Hotel Riklin Brothers
Manas Sen Gupta
Manas enjoys reading detective fiction and writing about anything that interests him. When not doing either of the two, he checks Instagram for the latest posts by travellers. Winter is his favourite season and he can happily eat a bowl of noodles any time of the day.
Travel Culture Entertainment Food
Sign up for our newsletters to have the latest stories delivered straight to your inbox every week.

Seoul is on its way to becoming a major art capital

Art events to check out in KL throughout July 2022