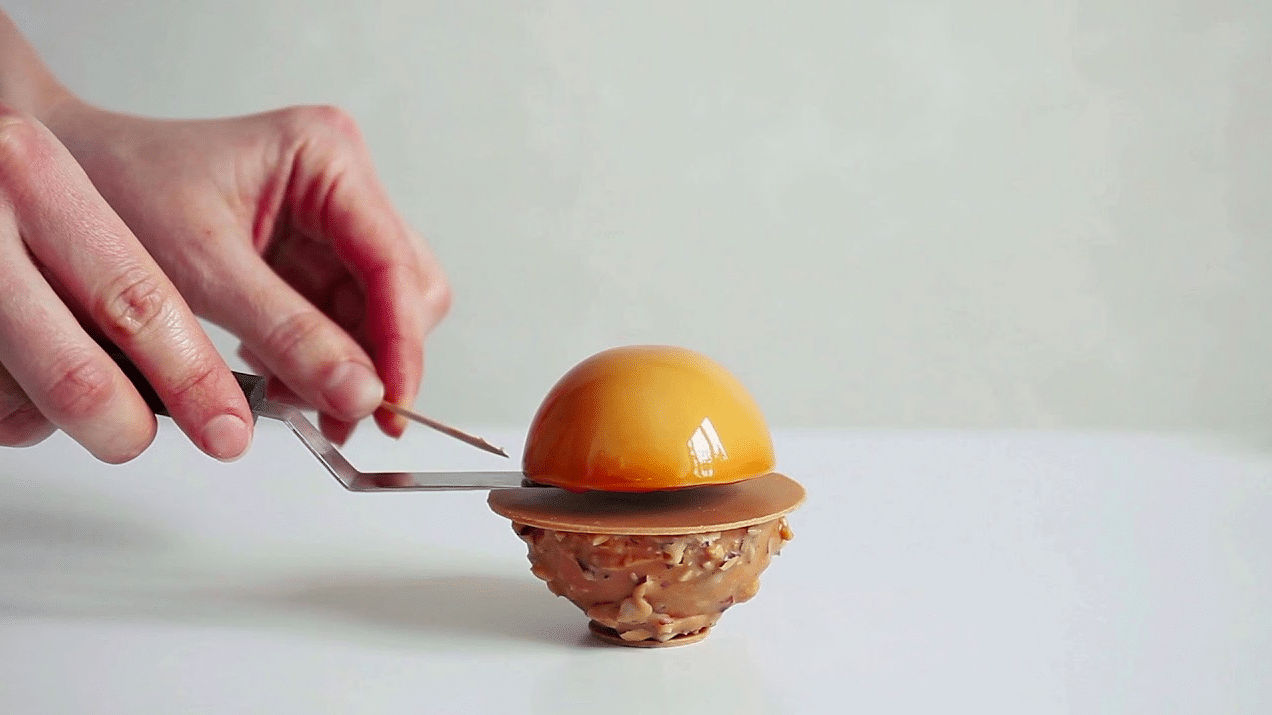 Gone are the days when chefs are just in the kitchen cooking a meal. Since the age of disruptive technology and social media, food is no longer created for the palate. It has become multi-sensorial. Chefs are making dishes that look good visually – not just for the eyes but for the camera. And with food and a little bit of experimentation, the theatrics are endless.

In the realms of baking and pastry, dessert chefs are also not missing out on the power of social media – elevating their name and popularity through to-die-for sweet treats that look like art on a plate. It is also a place for them to showcase creativity and artistry. And with a speck of Instagram magic, they become overnight sensations.

“The internet is one of the biggest influences on patisserie today. We can view our favourite pastry chef’s work instantly and it allows us to promote our products quickly and efficiently without the need to wait for print magazines and ads,” pastry chef Kirsten Tibbals shared in a 2016 interview.

It is not just about sharing but these food pictures go viral very quickly – inspiring home cooks, aspiring chefs and sweet-tooth gourmands to emulate these heavenly desserts. Sometimes, the food itself turns into trends to follow. From cakes that look like fruit or rainbow ice cream cones, to Dominique Ansel’s What-a-Melon Soft Serve to an edible chocolate teacup, the World Wide Web is extremely quick at getting the whole world talking about the creative creations of a chef.

Before you miss out on another fad, follow these extremely talented chefs taking the social media world by storm. Caution: You might want to have a tub of ice cream next to you before scrolling at their tantalising and mouthwatering creations.

Fresh from winning the title Best Pastry Chef 2018 in the World’s 50 Best Restaurants, Cedric Grolet is known for his extremely inventive mimicry of fruit and day-to-day objects. The executive pastry chef at two Michelin-star Le Meurice Paris is one of the hottest names in the pastry industry and is highly admired on Instagram with over a million followers – enchanting his fans with his signature pastries that imitate the look of fresh fruits.

Melissa Coppel makes the best mirror glaze. The Columbian chocolatier has worked with Joel Robuchon at 3-Michelin-star Mansion and ran the pastry kitchen of L’Atelier de Joel Robuchon. Her exceptional chocolate artistry has been recognised through a list of awards including Top Ten Chocolatier in North America in 2016. She is currently based in Las Vegas where her chocolate school is; tantalising the world with her signature bonbons and chocolate bars through her pretty Instagram posts.

Cyril Lignac expresses a modern version of traditional French gastronomy when he is cooking. When it comes to patisseries and chocolates, he reinvents classic flavours of French desserts into an array of scrumptious delectable including macarons, tarts and the classic eclairs. Next time when you’re travelling to Paris, hop over to one of his 5 pastry shops scattered across the city.

Anna Polyviou is all about breaking boundaries especially on creating food that combines her crazy love for street art and music. The Melbourne-born pastry chef is known for her signature pink Mohawk and rockstar personality and her signature Eton Mess dish that takes 74 steps to create. She believes in making desserts that are not only pretty but also interactively fun at the same time.

Angelo Musa has a lot on his portfolio. That includes being Executive pastry chef at the Plaza Athénée hotel (working alongside Alain Ducasse), World Pastry Champion in 2003 and 2007 Best Craftsmen in France. His cooking philosophy is all about reworking the classics – from making the perfect puff pastry in a mille-feuille to the silkiest Chantilly cream. His advice? A balance of flavours and textures for a sensational indulging experience.

Kirsten Tibballs is one of the most influential pastry chefs who started her 15-year-old career before the existence of social media. Dubbed the queen of chocolate, Tibballs also owns a pastry school, Savour Chocolate & Patisserie School in Melbourne. She is known for refining classic recipes and creating the most indulgent desserts using chocolate.

Guillaume Mabilleau was named Best Pastry Chef of France in 2011 at the age of 28. In 2012, he founded Nuances Gourmandes together with fellow pastry chef Jean-Baptiste Robin – focusing on macarons. Since then, he has created over 100 different flavours of macarons as well petit gateaus that are perfect for Instagram. He also offers master classes all over the world.

Dominique Ansel is a French-born pastry chef and the owner of his eponymous bakery in New York, London, Tokyo and LSA. Named the Best Pastry Chef by World’s 50 Best Restaurants in 2017, Ansel has been known for the creation of the Cronut (doughnut and croissant hybrid), Frozen S’mores and the Blossoming Hot Chocolate (a marshmallow flower that blossoms inside a cup of hot chocolate). His recent viral food fad is the watermelon soft serve that has brought many visitors to his Tokyo and London store.

In a recent Ted Talk in March 2018, Dinara Kasko shared how ordinary food now becomes a part of art. Her artistry involves science, architecture and mathematics. One of her most outstanding works recently is the origami cake crafted with extreme precision. Dubbed the ‘architectural pastry chef’, she also employs 3D printing and bizarre silicone moulding in her artistic approach to baking.

Claire Heitzler loves her desserts. She came to the public attention when she held the position of head pastry chef at Lasserre from 2010 to 2015. This was when she created a new vision for patisserie with the traditional parameters of a dessert by using fruit and vegetables. Her creations relied on the natural sweetness of the produce. Since 2016, she has been the creative director of patisserie Ladurée. She imparts her ideology of keeping everything simple yet delightfully tasty. Her pastries may look simple but they demonstrate her precision and mastery of the basics.

pastry chefs pastry chefs on instagram Claire Heitzler Dominique Ansel Dinara Kasko Guillaume Mabilleau Cyril Lignac Anna Polyviou Kirsten Tibballs Cedric Grolet Angelo Musa Melissa Coppel
Martin Teo
Editor
Martin has a bent for history and food culture, especially of the Peranakan heritage. Since the pandemic, he finds joy in plant parenting and continues to expand his collection of Philodendrons, Anthuriums, and Syngoniums. He's now on a lookout for the elusive Philodendron Florida Beauty to add to his urban garden.
Dining Living Home
Sign up for our newsletters to have the latest stories delivered straight to your inbox every week.

Craving for pan mee? Here’s where you can find pork-free pan mee in KL