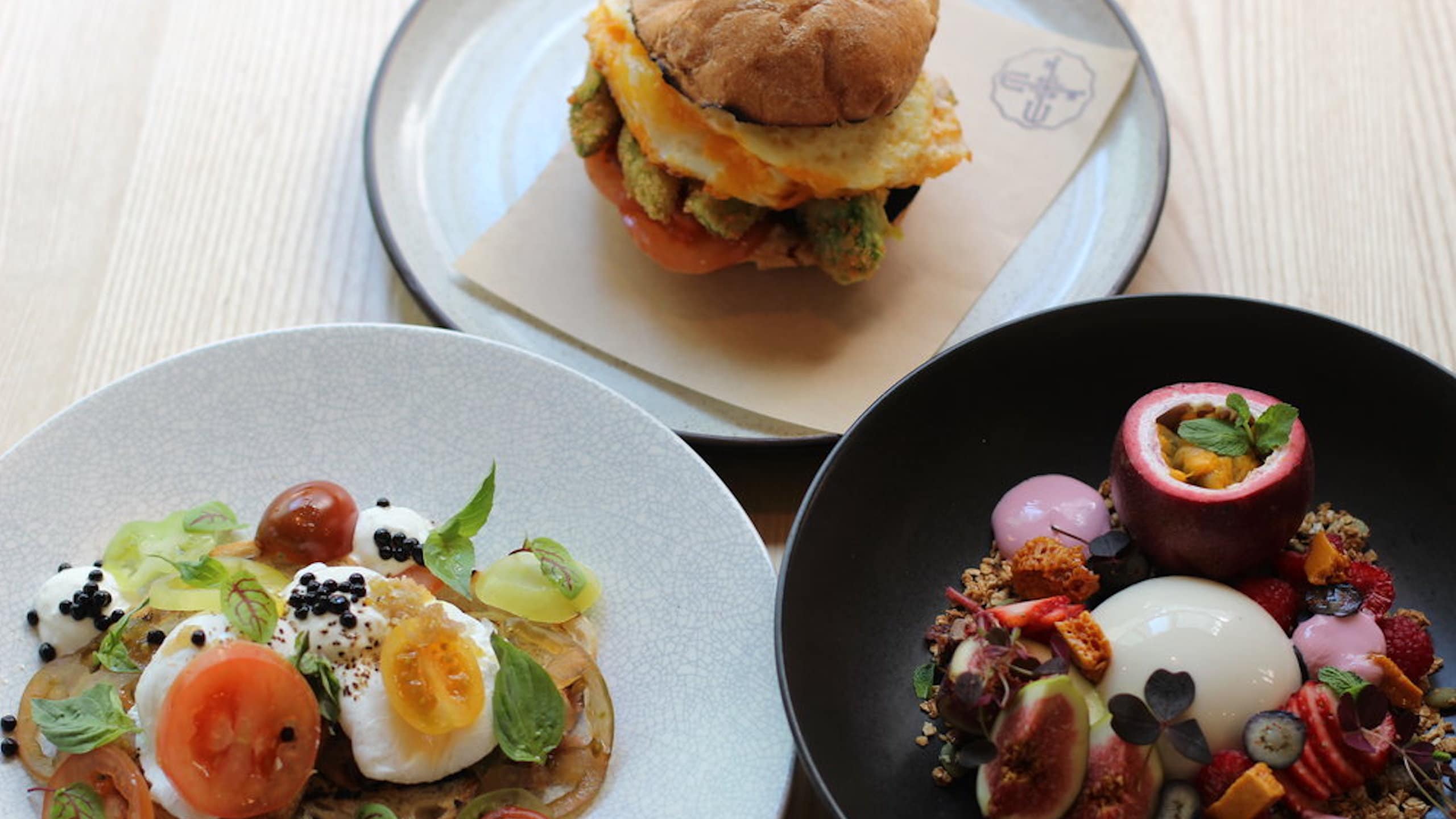 5 of the best Australian restaurants & cafés in Hong Kong

Even nowadays, the ignorance around Australia’s food culture can prove frustrating: Unfairly reduced to coffee, Vegemite and avocado toast, the reality is that Australian food today isn’t a defined order of breakfast items inasmuch as it’s a cultural mentality. Yes, a true blue flat white is likely to be among the best coffees you’ll ever have in your life; but its authenticity hinges on more than quality beans and a finely tuned La Marzocco. What is the crucial element? In a word — attitude. Upon returning to her native Melbourne in 2016, Besha Rodell (food critic for the New York Times‘ Australian Bureau) described it as “the underlying principle that we look out for one another. If that ethos leads to good coffee and grilled lamb chops, all the better”.

Given that Hong Kong is home to some 100,000 Aussie expats — the largest such community in any city abroad — the city is no stranger to their convivial and pan-globally influenced style of dining. Regardless of whether you’re a seasoned foodie or novice, these establishments ought to have you covered when it comes to sampling the best Australian fare our city has to offer.

Located in the quiet arterial neighbourhood of Tai Hang, Elementary is the third restaurant from the Antipodes-obsessed team at Catch Concepts. Serving “contemporary food with an Australian flair”, the venue prides itself on sidestepping most of the obvious cliches (spoiler: there’s nary an emu, kangaroo or crocodile dish in sight). Instead, the food evinces diverse cultural influences — an approach that is de rigeur in all-day diners across Australia — painted with European, Middle Eastern and Asian brushstrokes. Nevertheless, patrons hungry for the usual suspects have a few options at the weekend; including an oddly satisfying twist on the traditional brekkie burger which combines panko-crumbed avo with vegemite.

One of Australia’s great claims to cultural world domination centres upon its café culture. What amounts to a novelty elsewhere is an infused part of the national identity; and Brew Bros — with two locations on Hong Kong Island — might be one of the most authentic representations of the Aussie (in particular, Melbournian) obsession with excellent coffee. Himself a veteran of the Australian café scene, owner/barista Hikaru Ono insists on making all of his espresso-based beverages exclusively with Market Lane beans; and the café’s food menu — including brekky staples that will reignite your appreciation for the humble egg — is replete with fresh flavours well suited to complementing your coffee of choice.

Over the past half decade, Hong Kong’s craft beer community has gone from scrappy underdog to international torchbearer. The city’s passion for delicious pints has spurred an unceasing influx of international breweries — keen to carve out a piece of Hong Kong’s vibrant (and lucrative) craft beer market. Australia’s most well known contribution in this regard is Little Creatures — a producer of some of the country’s foremost pale ales, operating out of the coastal city of Fremantle. The brewery’s Hong Kong outpost makes the most of its Kennedy Town location: featuring high ceilings, elongated communal tables and even on-site production. Head over for a cheeky arvo sesh (complete with an all-day dining menu) or simply duck in for a pick-up (takeaway beers are available in a variety of formats).

CATCH calls to mind the kind of beachfront diner you’d expect to find in a sleepy coastal town like Byron Bay. The food is best described as light, bright and airy — synonymous with the restaurant’s exuberantly tiled, vaguely nautical interior. Offering both healthy and hearty options, CATCH contrasts dishes like a labne-smothered quinoa salad with “dirty eggs” (the nominally Aussie-fied version of huevos rancheros). Situated on Catchkick Street, it’s the ideal location at which to while away a Saturday afternoon — a quality which is further enhanced by the venue’s dog-friendly policy.

Chicken on the Run

Like the souvla stand or Chinese takeaway, chook shops (as they’re colloquially known) are a culinary staple of Australian suburbia. Hong Kong’s best take on the humble roasted chook vendor is Chicken on the Run: an unassuming hole-in-the-wall located along the Mid-Levels escalator. Here, chicken in a variety of marinades is prepared daily, trussed up on a purpose-built rotisserie; and served with a variety of attentively made sides (the cauliflower bake is unreasonably good). Aside from its flagship product, the venue offers a similarly well-prepared salad menu: focusing on balanced pairings like sweet potato & spinach or freshly shucked corn & carrot. The diminutive store is also one of the few places in Hong Kong to carry a substantial selection of Aussie lollies; and those in need of a sugar-driven nostalgia hit are unlikely to come away disappointed.