The thought of eating ice cream is always a comforting one. It is something that cheers you up, at the same time cools you down on a hot day. Whether it is on a stick or in a cone, on waffles or in a bowl, ice cream is the kind of dessert enjoyed everywhere in the world by everyone from all walks of life.

But it was the Chinese elites and upper-class who had been known to be the first to enjoy the concept of a frozen syrup some 4,000 years ago. Over the years, the icy dessert has evolved from frozen ice topped with fruits and juices to cold confectionary delights. While commercialised ice cream remains a prolific product, artisanal ice cream is slowly making its way into the mainstream market.

There are many variations of ice cream; aside from the classic type, there is also gelato, which is essentially ice cream made Italian style. Soft serve is also another rendition of ice cream — softer and lighter than regular ice cream. This is due to the result of air being introduced into the ice cream during freezing. Aside from that, other versions of ice cream include sorbet (which doesn’t contain dairy), dondurma (Turkish ice cream), and kulfi (Indian ice cream typically served in a shape of a cone).

The appeal for artisanal ice cream has steadily increased over the years, taking over from conventional ice cream joints along the way. By incorporating natural flavours as well as vibrant colours, it has allowed artisanal ice cream purveyors to stand out more than usual. It also falls onto the modern-day trend of a healthier alternative, with most artisanal ice cream places ensuring their sweet offerings are homemade, without any additives or artificial colouring and flavouring.

Scroll down below to read on about some of the best artisanal ice cream parlours in KL, all of which will satisfy your sweet tooth for all the right reasons. 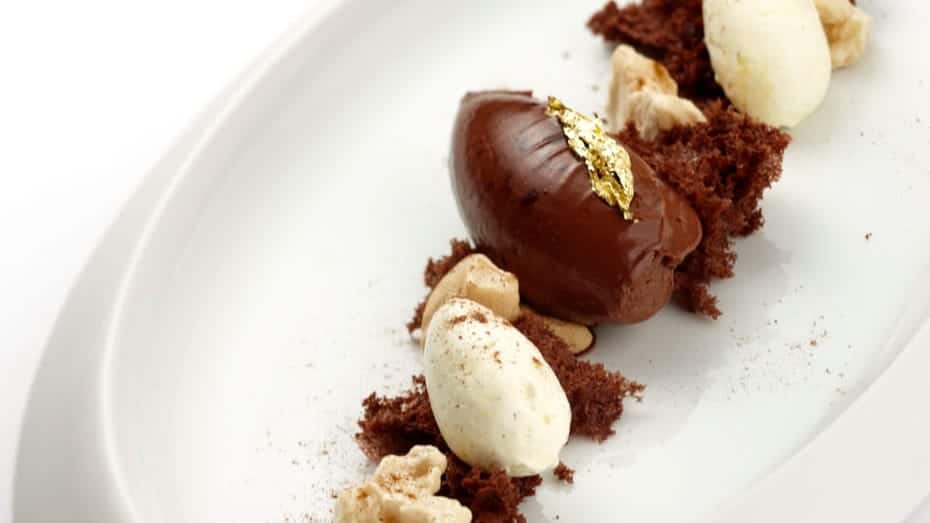 First off the list comes from the Four Seasons KL, the latest five-star luxury hotel to open its doors in Malaysia. With a host of dining options already available, Decadent by Four Seasons KL is part of the Shoppes at Four Seasons Place, serving up delectable sweet treats. It’s Four Seasons KL’s very own dessert bar and café with in-house pastry chefs whipping up handcrafted sweets, pastries, cakes, and gelati to name a few. 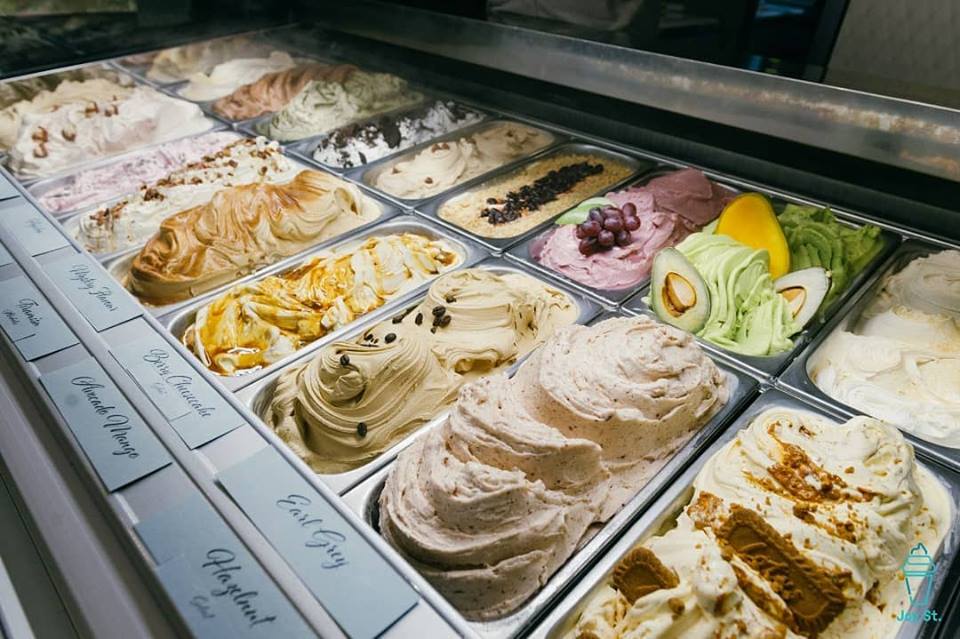 Located on the street that never sleeps, Joy St. is tucked cosily on Jalan Telawi 2 in Bangsar, which is already known to have its fair share of dessert joints. But what sets Joy St. apart from the hoi polloi is its wide selection of gelati and sorbets. Its creative and unique flavours also play a role in its success with concoctions like ‘whisky caramel gelato’, ‘watermelon lychee’, and ‘avocado mango’ sorbet. Joy St. also pairs its authentic Italian gelati and sorbet with its very own homemade waffles. While it can still be considered a newcomer as it’s only a year old, the ice cream parlour has reinvented the idea of ice cream in KL with its innovative creations. Whoever said ice cream and alcohol do not go well together obviously never thought it through. The Ice Cream Bar in Desa Sri Hartamas is one of the few places in KL where you can find alcoholic ice cream. Opened by the same people over at Inside Scoop, The Ice Cream Bar is its after-hours affiliate, mostly concentrating on providing a perfect blend of alcohol-infused ice cream flavours including cognac and whisky. 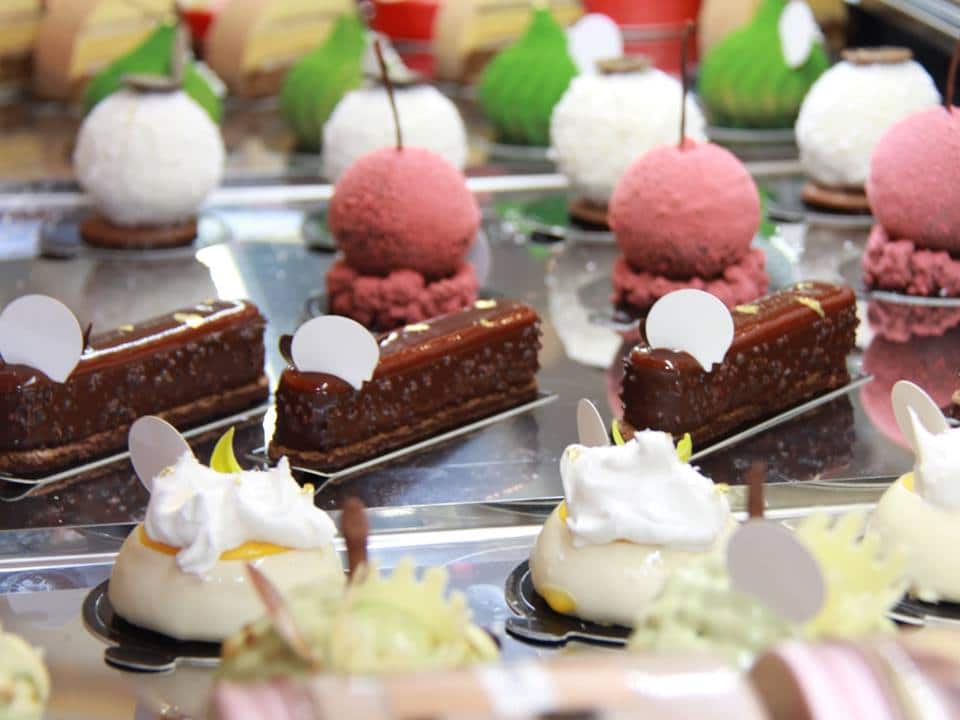 Another newcomer onto the scene, Frozen by Ken just recently opened its doors a mere month ago on Jalan Telawi 4 in Bangsar. Named after a popular Walt Disney animated film, Frozen by Ken offers freshly-made desserts, inspired by Australian dessert styles. Specialising in ice-cream themed desserts and cakes, the dessert place highlights local flavours, aiming to capture the crowd that would prefer something that tastes more like home. Besides cakes, tarts, and meringues, Frozen by Ken has a wide variety of ice cream and sorbets alongside ‘Push Pops’, ice cream cakes in a popsicle. 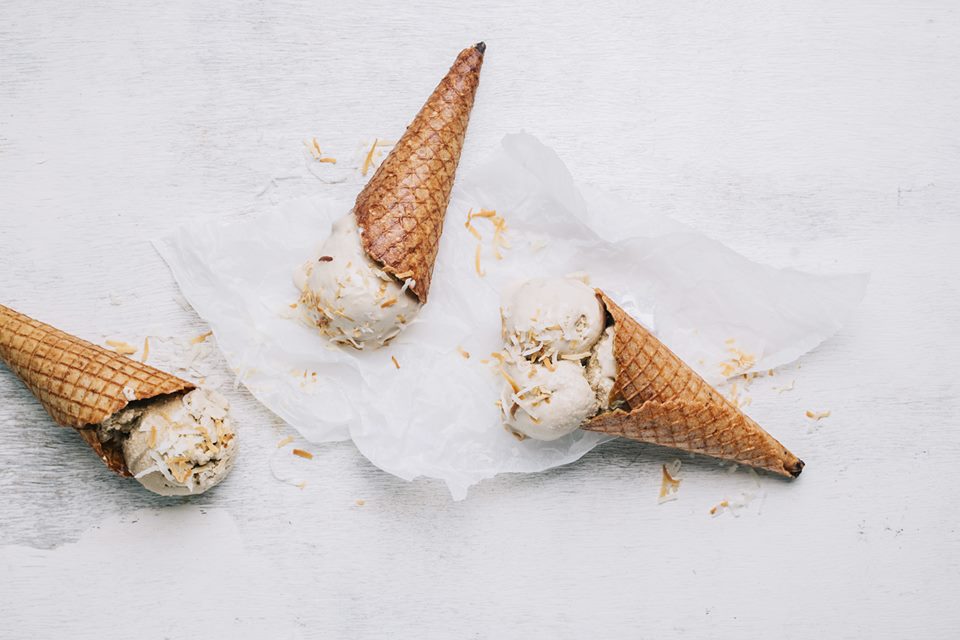 Being one of the first to carry vegan ice cream, Kind Kones is the first to offer vegan ice cream in Malaysia. Their homemade ice cream doesn’t include any dairy content, using only natural and chemical-free ingredients. The main ingredients are coconut milk and unrefined coconut cane or molasses sugar. The dairy- and egg-free ice cream also comes with gluten-free options. Kind Kones also has multiple outlets around KL including Mid Valley, Bangsar, and 1 Mont Kiara outlets. 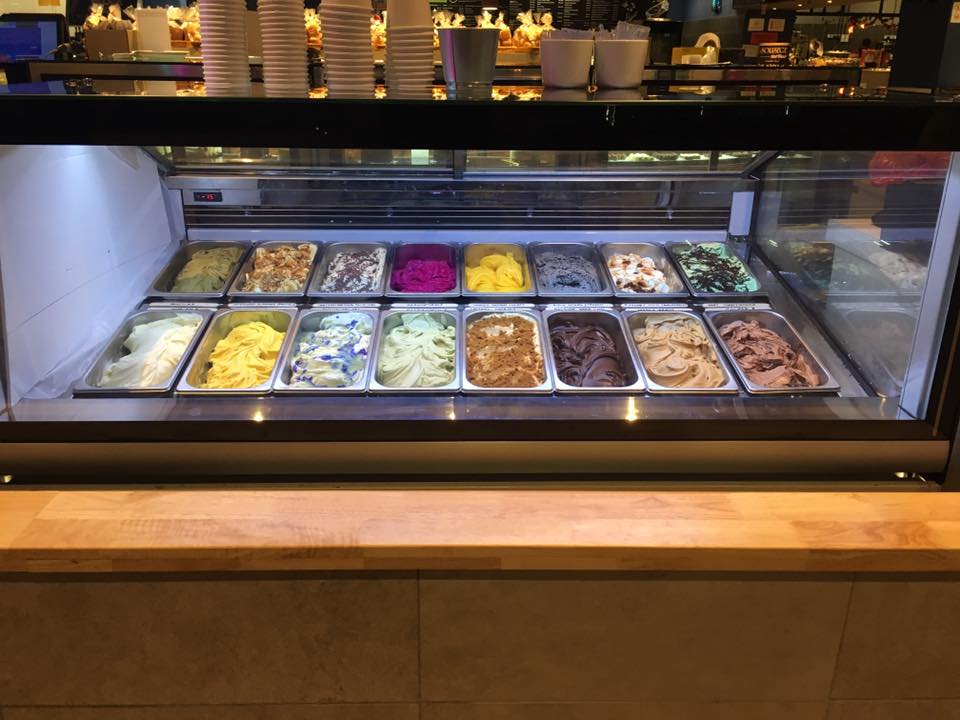 Piccoli Lotti specialises in classic Italian gelato. Having spent time in Italy to master the art of making gelato, the owner brings back his training as well as the craftsmanship of gelato-making to his dessert bar. Piccoli Lotti is one of the rarest places, which boasts actual Italian heritage. It also carries an abundance of flavours, ranging from your classics like pistachio and chocolate to the more creative strawberry cheesecake featuring full-sized strawberries inside.