Get your fill of deliciously crispy rice and juicy chicken from these claypot chicken rice places in KL and beyond.

Claypot chicken rice is another defining local cuisine for Malaysians. It makes for a hearty meal usually shared among two or more people, but what makes it so good?

The dish is made up of several components: marinated chicken (usually a simple mixture of dark and light soy sauce with sugar, although we’re sure some places have their own secret recipe), rice, Chinese waxed sausages, and salted fish. Some people may not favour the salted fish element, but in our opinion, it adds extra flavour and depth to the meal. Nothing is more delightful than finding a sliver of extra salty fish in between mouthfuls of rice and juicy chicken.

Another factor that makes any claypot chicken rice stall worth its mettle is charcoal. We stand by the fact that only the best claypot chicken rice is cooked over a charcoal fire — there’s just something about the way it gently cooks the dish, making the rice fluffy and the chicken juicy with that unmistakable wok hei. Of course, the best part is always the crusty bits of rice at the bottom of the clay pot.

Have we gotten your mouth watering yet? Read on for our five most recommended places to get claypot chicken rice in KL and beyond. 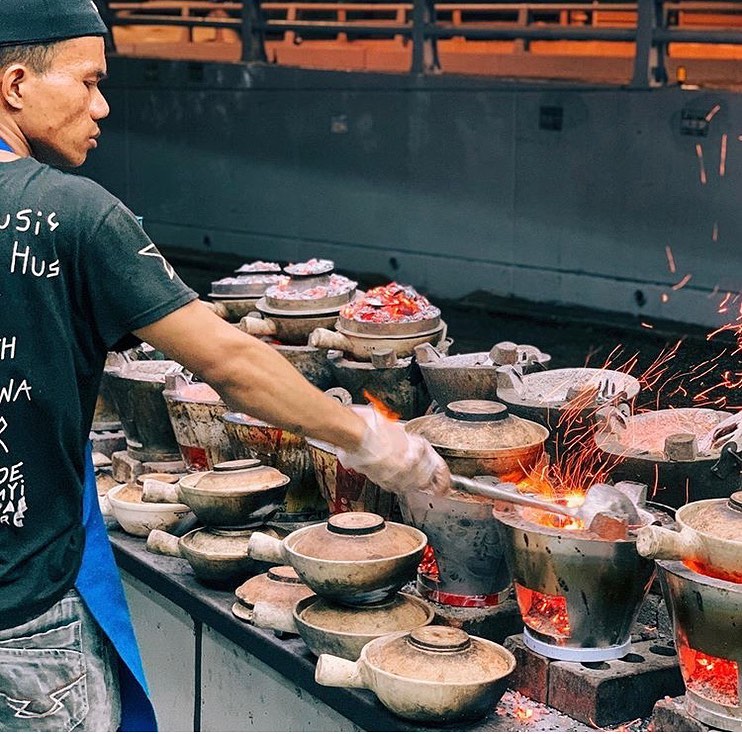 Heun Kee Claypot Chicken Rice is one of the most famous places in the Klang Valley for you to get your fill of claypot chicken rice. Getting there, however, is going to be a challenge. It’s located in one of the most inaccessible places in Pudu — in a shophouse located under the bridge and close to the Pudu wet market. Surroundings may not be the most ideal, but that’s when you know the food is going to be legitimately good. Like any self-respecting claypot chicken rice restaurant, Heun Kee uses charcoal to cook its dish to perfection. The restaurant also takes it a step further by placing charcoal embers on the lid of the claypot to ensure the chicken cooks through perfectly. Having been around since 1985, you know you’re in good hands when you visit. The store has also adapted to the times and allows you to call ahead to reserve a seat in the restaurant. 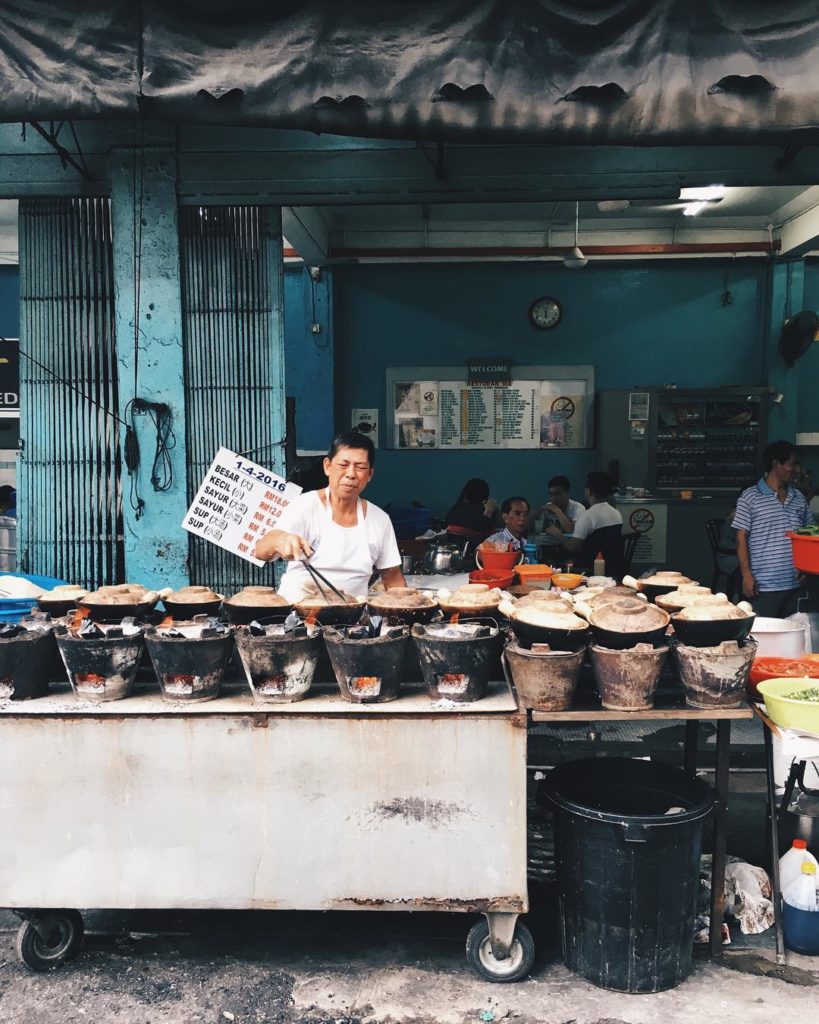 Pudu has no shortage of excellent Malaysian street food, which is why it comes to no surprise that the next claypot chicken rice recommendation on our list is also located in this neighbourhood. Perhaps the best-selling stall in 168 Coffee Shop, the stall has been around since 1980 and doesn’t even have its own signboard — but you won’t miss the cart of flaming charcoal stoves when you arrive at the coffee shop. The stall owner is still the same person who cooks your claypot chicken rice, so you know it is extremely authentic. 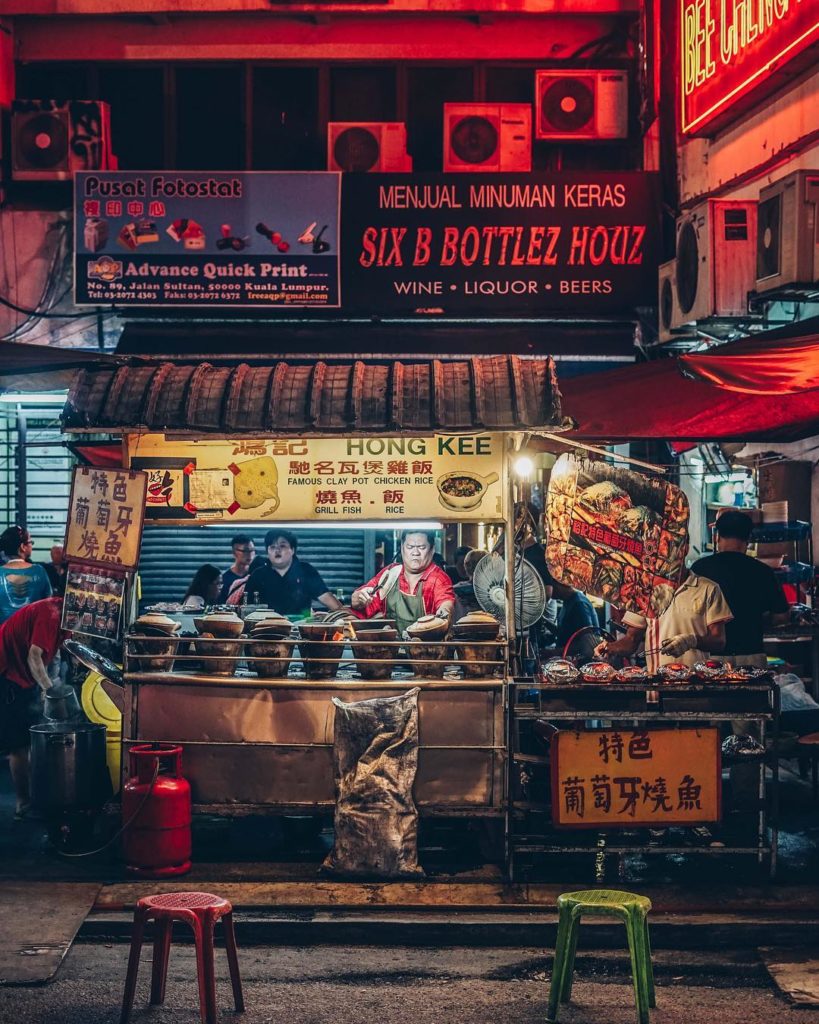 For the ultimate Malaysian street food experience, you’ll have to eat right on the five-foot paths of closed shop lots perched on plastic stools. Located right in front of REXKL, the lone stall opens only in the evenings. Alongside its charcoal-cooked claypot chicken rice, the stall also sells Portuguese-style grilled fish — the extremely spicy kind. 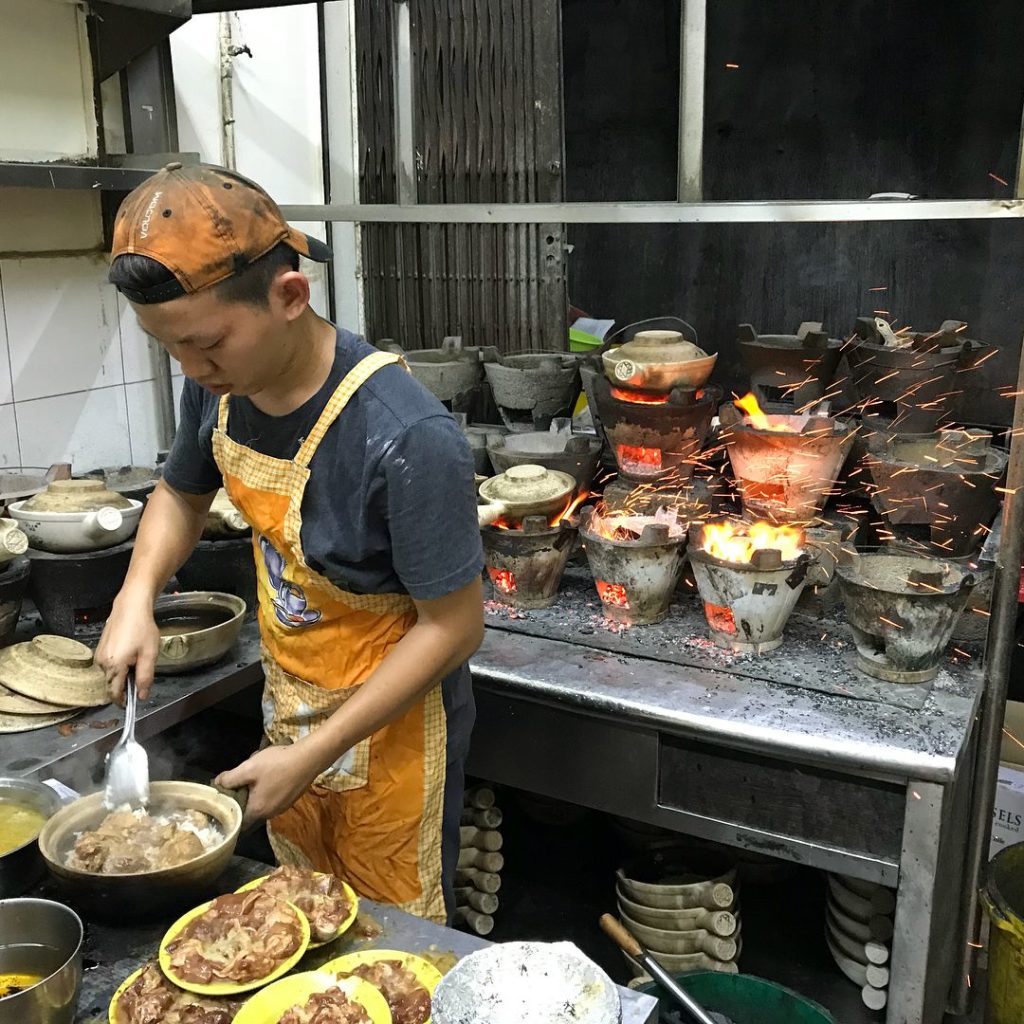 You can bet that Puchong will be another neighbourhood in the Klang Valley where you can find excellent local food. Shi Yue Tian Claypot Chicken Rice Shop is extremely popular in Puchong for not only its excellent claypot chicken rice but also its generous portions. Order some double-boiled soups to go with your rice dish — we love the pig stomach with pepper soup. 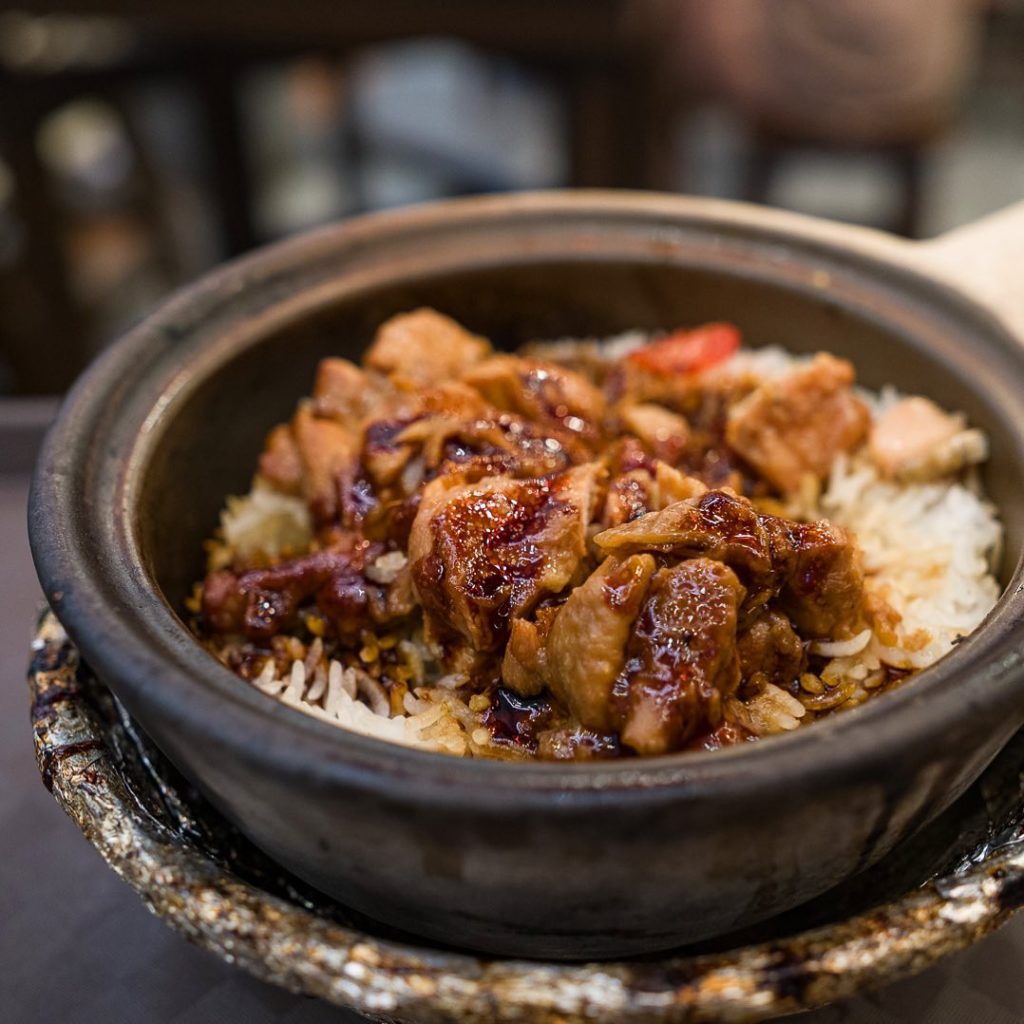 Malaysian food claypot chicken rice street food chicken rice malaysian street food
PohNee Chin
Editor, Kuala Lumpur
Poh Nee is the editor and writes about travel and drinks. When she's not living out her holiday dreams via Google Earth and sipping on an Old Fashioned down at the local bars, you can find her snug at home bingeing on Netflix and mystery fiction.
Travel Drinks