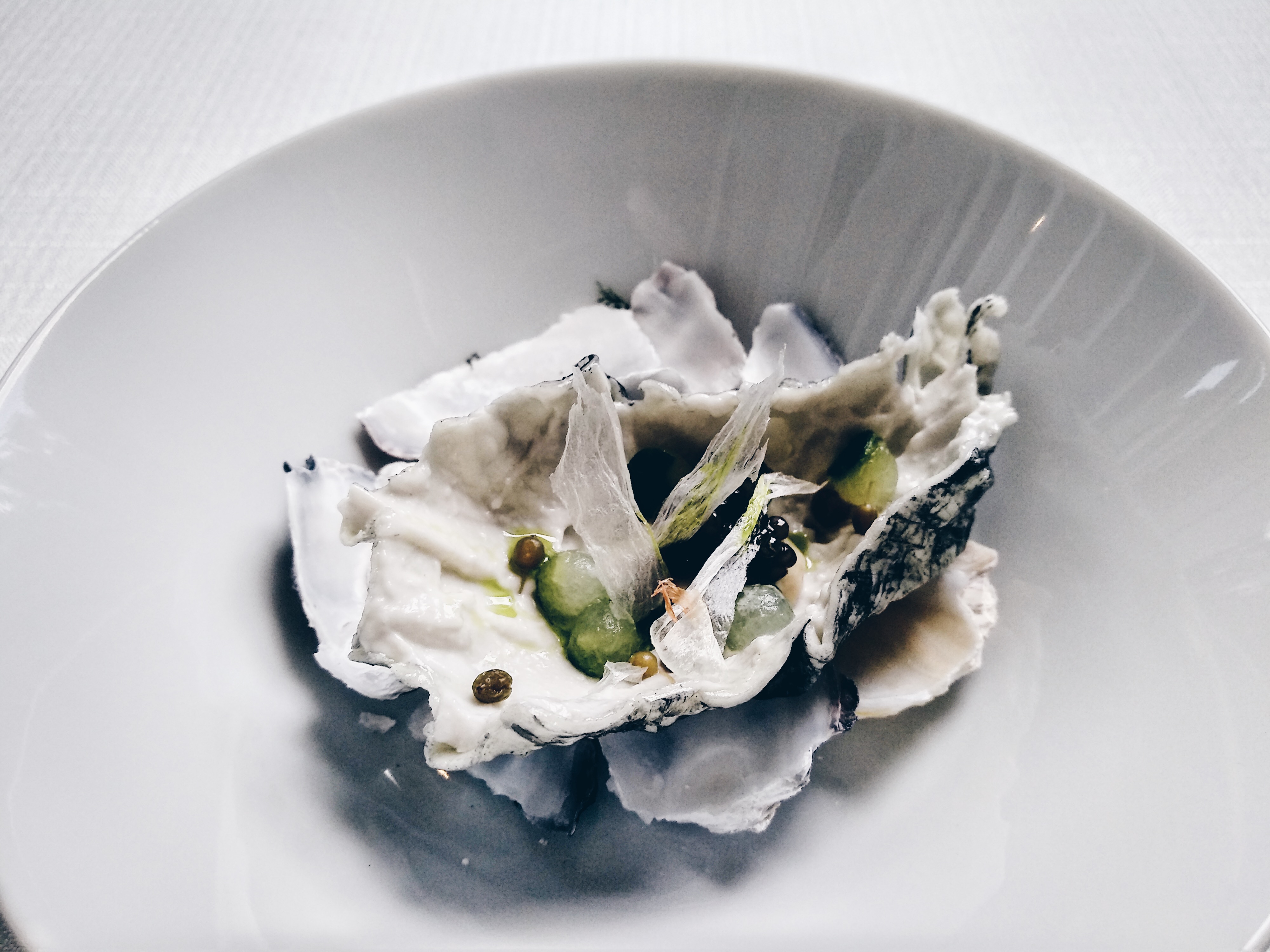 ‘Simply Scandinavian’ is an organisation dedicated to showcasing the culture, entertainment and cuisine of the region to Southeast Asia and this year they are celebrating their 30th Anniversary in Kuala Lumpur.

For such a landmark occasion, they have brought over one of their greatest chefs to our city to display his culinary skills at the Mandarin Oriental for one week only. If there is any restaurant reservation you need to make this week for dining out, then the Mandarin Grill at Mandarin Oriental, should be the top of your list.

Chef Sayan Isaksson was born in Thailand and adopted by Swedish parents at 8 months of age. He is now a household name in Stockholm with the Michelin-Starred ‘Esperanto’ restaurant as well as having catered for the Nobel Banquet two years in a row. We were lucky enough to sample his gastronomic prowess with a 5-course lunch tasting menu at the invitation of the Mandarin Oriental Kuala Lumpur.

We started off with a delightful selection of Amuse Bouche, that teased us into the earthy theme that would take course over lunch. The simple ‘fermented potato doughnut’ and ‘kale chip’ was pleasant enough but it was the ‘straw smoked quail egg’ where the flavours really shone through. It had a sweet, creamy yolk that popped onto the palate leaving a tincture of a delectable smoky aftertaste.

These were all washed down by the unfortunately-named ‘organic waste broth.’ This surprisingly savoury concoction was made by boiling down all the vegetables, meat and potato leftovers during preparation, showing that kitchens can succeed in creating a perfectly lovely dish with parts that would normally be thrown away.

Next came an ‘oyster pearl,’ delicately dressed in preserved elderberries and Oscietre caviar, from a highly prized Russian species of sturgeon. The dish was served in an edible shell, which we were at first hesitant to bite into, due to how realistic the crisp had been made to look, but quickly devoured thereafter.

It may sound like a complicated course but this one had the simplest of profiles, clean, clear and fresh as a billowy ocean breeze. The ‘air cured hamachi’ that followed was probably the least memorable dish of the meal. Smoked in the same straw that had flavoured the quail’s egg, the hamachi hadn’t absorbed as much of the flavour. Furthermore, as it was served with daikon and horseradish, it came off as a rather uninspired sashimi serving. At a stretch, it could be forgiven as a palate cleanser for the much more robust and characteristic dishes to come.

Halfway through and the lunch really starts to take shape, the technical aptitude and audacity of flavours begin to appease our curiosity of this famed chef. When the soup base of the ‘porridge of mushroom’ was poured out, nostalgic waves of asian congee filled the air.

However, this was certainly not your average childhood savoury porridge. It tasted wild, as if the fungi had been freshly foraged, swimming in a chicken stock so light, one could taste its fragility. The backbone, holding together these delicate ingredients was a preserved butter, churned slowly with a strong blue cheese, in a Moroccan technique, and left to amalgamate and develop in flavour for over a year.

A hard act to follow but nonetheless Chef Sayan did not disappoint with a beautifully cooked aged sirloin that came embedded in a forest of fried kale and petals. The meat melted away, aided by a velvety coulis of mixed greens and a hearty jus to keep every mouthful moist.

As if we weren’t treated enough already, the best was really saved for last. At first glance, one would think the ‘pomme de terres’ was nothing more than a hefty scoop of vanilla ice cream but the smell gave away a heavy waft of sweet juice, extracted by roasting apples. The ice cream itself was in fact made out of potatoes, yet it did not taste as such.

Rather the namesake ingredient does what potatoes do best, soaking in all of the surrounding flavours keeping each bite consistently rich with refinement. This was all sat upon a bed of ‘fake-dirt’ – caramelised potato peel chippings with white chocolate that when mixed with the ice cream gave a satisfying muesli profile. It was as though we were finishing and incredibly sophisticated meal with a beautiful breakfast bowl of cereal and in a very good way.

With earthiness and greenery really taking centre stage as a theme, Chef Sayan shows us that when cooking at exquisite levels of haute cuisine, one can still be conscious of excess and waste yet remain elaborate. With each bite, the dishes elevate your taste buds but ground you as to what simple ingredients, normally thrown away, can be crafted into when at the hands of a true master.

Chef Isaksson will be guest chef at Mandarin Oriental for lunch and dinner service from the 14th to the 21st April. Lunch menu starts at RM198 per person. For reservations, contact the F&B Reservation Desk at 03-2330 8798 or email mokul-fb@mohg.com.

Food & Drink
Share a sumptuous meal at these “dai chow” restaurants in KL
Food & Drink
Korean chef Cho Hee-sook is named Asia’s Best Female Chef for 2020
Living
Royal Selangor’s Chen Tien Yue on successfully maintaining a company legacy as the Man of Today
Style
Alessandro Michele reinterprets the traditional fashion show during Gucci FW20
Style
Watch: Salvatore Ferragamo Autumn/Winter 2020 show live from Milan
Style
Watch: MSGM Fall/Winter 2020 show live from Milan
Style
Volkswagen and Tarik Jeans are saving the Malayan Tapir
Style
Your next Rimowa suitcase could have a customisable LED display
Style
All the outstanding looks from day one of Milan Fashion Week
Sign up for our newsletters to have the latest stories delivered straight to your inbox every week.

Share a sumptuous meal at these “dai chow” restaurants in KL