Dim sum is a traditional Cantonese meal made up of small plates of buns, dumplings and other snack dishes – usually accompanied by tea. The culinary art of dim sum originated in Guangzhou and travelled across all parts of China; adopting flavours, techniques, cultures and local ingredients.

As the culture continued to travel, dim sum culture began to spread and gained popularity throughout the region, especially in Hong Kong and Southeast Asia. Today, dim sum includes dishes and traditions adopted from other parts of China. Despite having the influence of imported ingredients like foie gras and truffle, the culinary techniques and form remain the same.

Unlike the more common and popular Cantonese dim sums, Chiu Chow dim sum is the exact opposite in terms of texture, taste and looks. It is sometimes known as fun guo, which looks somewhat similar to har gaw (shrimp dumplings) in Cantonese-style dim sum.

“For many years, Chiu Chow dim sums have been under the radar – under-appreciated and almost forgotten,” admits Chef Tam To Ming from one-Michelin star Yee Tung Heen at The Excelsior, Hong Kong.

The dim sum master —  known for his Chiu Chow-inspired creations — captured the hearts Hong Kong gourmands with his reimagined ‘Chiu Chow Dumplings in Three Styles’ dish. It won him the Gold Award at the Best of the Best Culinary Awards in 2015. He believes that there is a huge potential to explore with traditional Chiu Chow dim sum to give the Cantonese-style dining a run for its money. 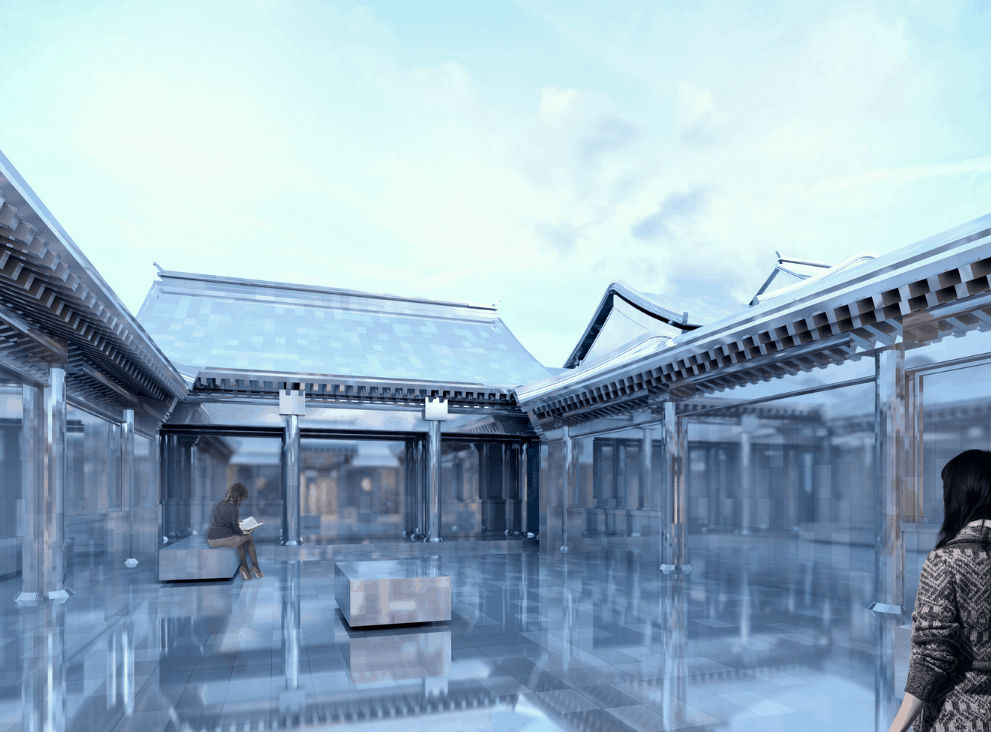 The flavours of Chiu Chow dim sum are not as strong as compared to the more mainstream Cantonese version. They are mostly steamed or deep-fried. Some of the popular choices include Chiu Chow steamed dumplings with vegetable fillings and deep-fried versions.

Unlike Cantonese dim sum, Chiu Chow dim sum is mainly in a form of dumplings with ingredients consisting of fresh fruits and vegetables. It is light and easy on the palate, and perfect as a vegetarian option for those who want meat-free dim sum for teatime or snacking.

Chiu Chow-style dim sum is known for the crystal dumpling. The dumpling skin is almost translucent and made using corn flour. The texture of the skin is similar to Hakka abacus seeds (suan pan zi) or the locally known chai kueh, which are steamed vegetable dumplings rumoured to be of Chiu Chow origins.

Chef Tam explains that the skin is the most important element of Chiu Chow dumplings. “The secret to this is firstly the proportion of water and corn flour. The amount of water will affect the skin’s texture and translucence. Secondly, be careful with the speed of pouring hot water into corn flour to ensure consistency. You need to slowly add in flour in batches, while mixing it slowly.

“You also have to feel the softness of the dough with your hands and your gut feeling. All these secrets are derived through many years of dim-sum-making experience,” he shares. 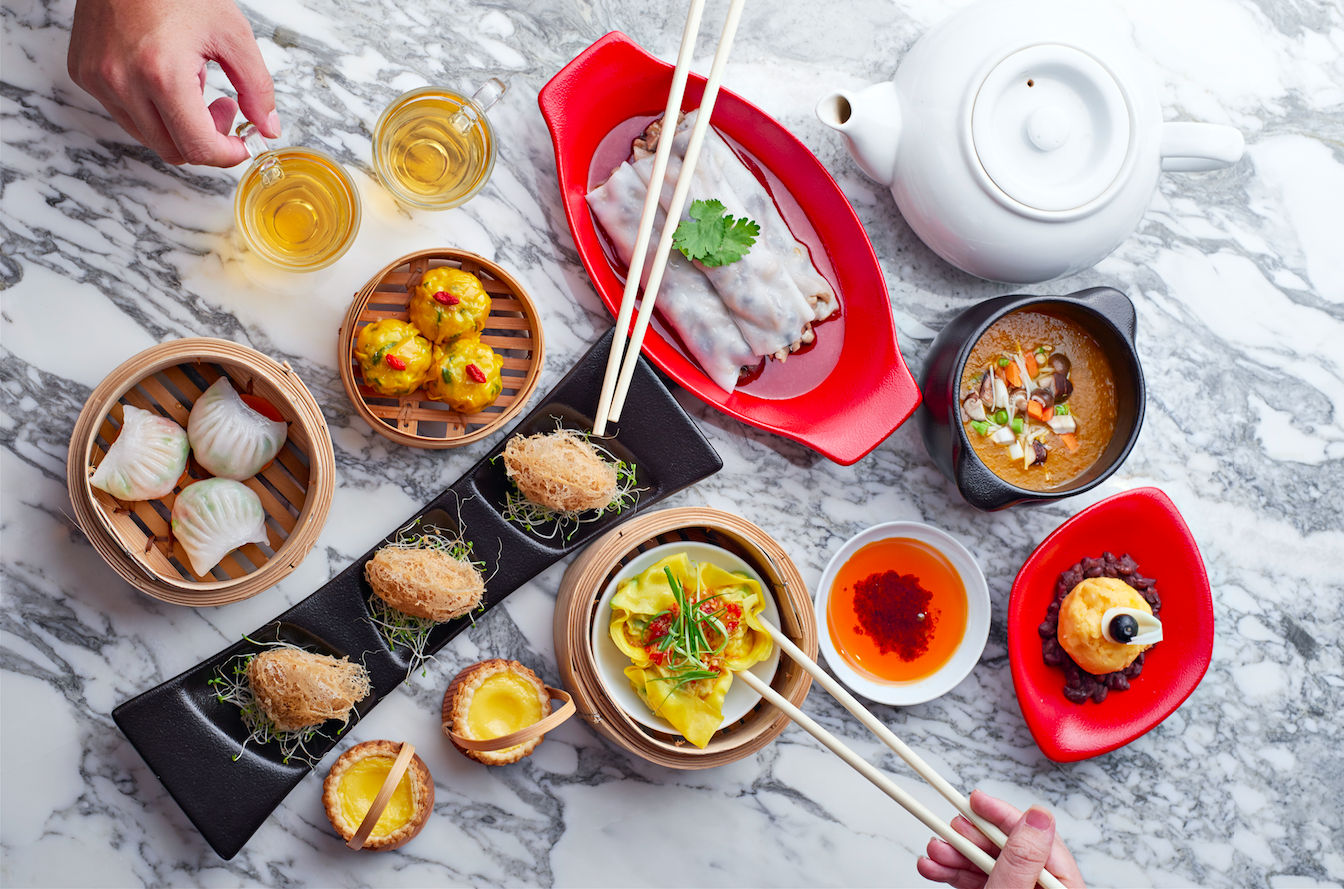 Chef Tam stresses the importance of seasonal fresh ingredients when making dim sums. The flavours of dim sum dishes should vary in accordance to the time of the year, season and weather.

“A dim sum chef needs to be familiar and understand the characteristics, texture and function of every ingredient. For example, high-, medium- and low-gluten flours have different uses in the making of dim sum,” shares the Hong Kong native.

He explains that flour with a higher level of gluten contains more protein content, resulting in a chewier texture. Certain ingredients, like yam bean or jicama, give a crisper bite, hence it is suitable to be used in the fillings for dumplings to add texture to the dish.

Ultimately, dim sum is typically small and exquisite. A dim sum chef needs to be creative and experiment. “In order to present the abundance of flavours and mouthfeel in a tiny parcel, chefs need to know how to use the ingredients to its full potential. When conceptualising dim sum dishes, chefs need to think thoroughly in terms of the techniques and processes that can be used to produce something that is pretty as a picture, and packed with flavours,” he explains.

He uses the Yee Tung Heen’s signature Steamed Twin Gold Fish Dumplings as an example: “I carefully observe the movements of the goldfish in order to create the motion and present a captivating dish.

Using the versatility of the Chiu Chow dumpling skin, chef applies the right techniques of traditional dim sum making in the conceptualisation of the goldfish dumpling. At the end of the day, it is not just about how it looks but the overall experience of eating the dish.

However, Chef Tam concurs that Chiu Chow dim sum is secondary to the mainstream dim sum market. In comparison to Cantonese dim sum in Hong Kong, the Chiu Chow rendition is less diverse in terms of ingredients and appearance. Its somewhat subtle flavours are also another reason why people in this modern generation are not looking at Chiu Chow dim sum as an all-time favourite.

It may boil down to preference, but Chef Tam begs to differ: “If we can start by looking into the eating habits of modern people and instill more creativity and innovation into the creation of traditional Chiu Chow dim sum, that should gradually promote its prominence in the dim sum scene.”

Chef Tam will be taking over the kitchen at Mandarin Oriental Kuala Lumpur’s Lai Po Heen from 17 to 21 October 2018, offering guests a Michelin-rated dim sum experience.

5 reasons why you should include bananas in your diet

Satisfy your inner foodie with the most iconic anime food dishes

A guide to Amaranth, the superfood grain that is tasty and versatile