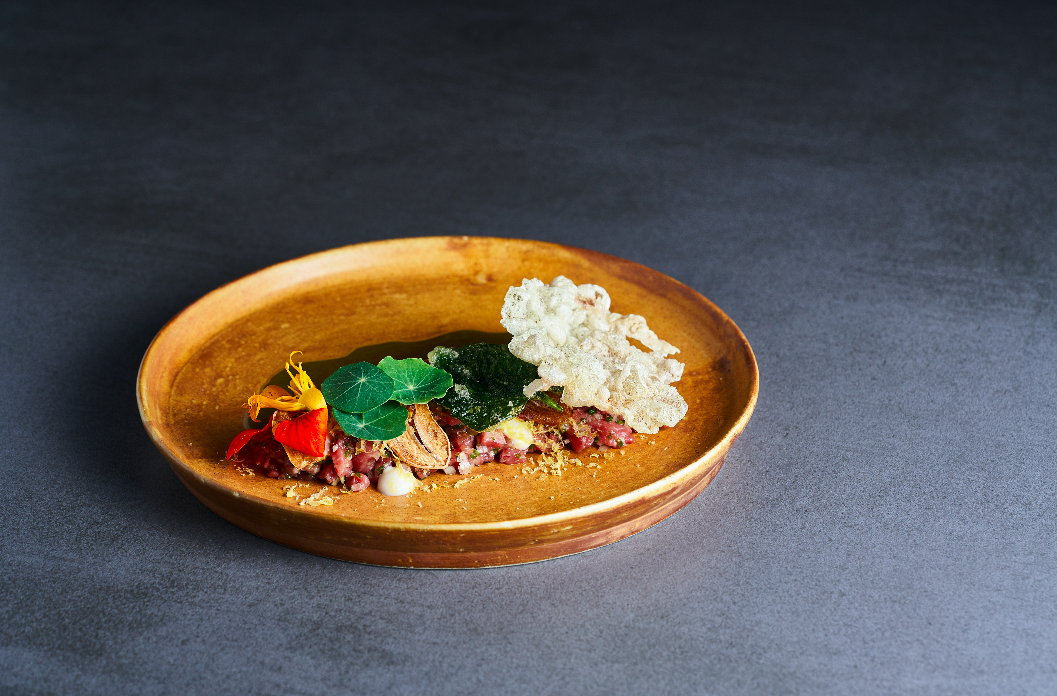 Chefs explain: Why Malaysia’s chefs are using local flowers now more than ever

Food & Drink
Chefs explain: Why Malaysia’s chefs are using local flowers now more than ever
Share this article
Next article

When you see flowers on your plate or tiny petals sprinkled all over your steak, do you eat them or move them aside? It leaves you thinking: are they edible?

Flowers have long been used as garnish for many casual and fine dining restaurants across the globe. From nasturtiums to roses, fennel flowers to chrysanthemums, flowers add beauty to a dish. At least that is what common diners would perceive.

Chef Tyson Gee of Atas Modern Malaysian Eatery at The Ruma Hotel and Residences explains that as long as the flowers bring an added element of taste to the dish, it makes sense to use them. But if the blooms are simply there just because, it shouldn’t be on the plate.

“Every ingredient in a kitchen serves a purpose and flowers are nutritious. Take roselle for example – it is extremely high in antioxidants. Generally, flowers always play the supporting role in a dish,” he says.

We could trace this wave to 2014 when world-renowned restaurant Noma brought started plating up foraged flowering herbs and seasonal blooms from their own backyards. Used as a key ingredient in their creations, flowers were no longer mere decoration; chefs expect flowers to be eaten.

Food & Drink
Trending: New Nordic restaurants are fanning out across the world

This ‘revolution’ sparked the interest of many chefs around the world to look deeper in their gardens to look for colourful pretty petals and incorporating them into their menu. In Malaysia, we’ve seen the rise of interesting flowers – including unfamiliar ones – being used in modern Malaysian dishes. Restaurants like OpenHouse KLCC, Dewakan and Atas are heavy users of this colourful ingredient – but the role of the flower is still secondary in the dish.

Yet the idea of eating flowers is certainly not something new.

In fact, flowers have been used in cuisines all over the world for centuries. They are pickled, candied, crystallised, made into jams or used as an extra punch of flavours. Nasturtiums add a spicy note, while fennel flowers give a herbaceous finish to the palate. In Japan, sakura blossoms are salt-pickled and used in rice, candies and tea infusions. Chinese cuisine also sees the use of rose and osmanthus in desserts and sweet soups.

The Canadian-born chef confides that locally grown flowers are actually really great ingredients to experiment with, explaining that they are strong in flavours and lend an extra oomph to the dish in both scent and taste.

“Imported flowers are tasteless. Local ones grown organically actually taste as they are supposed to.”

According to Gee, all the flowers that he uses are sourced from Cameron Highlands — and they are delicious. Gone are the days of zucchini flowers, pansies and dandelions – what you’ve probably have seen (but not tasted) in your backyard may be the next ‘seasonal ingredient’ in your favourite restaurant in town. Think onion and garlic flowers, basil blossoms, wood sorrel blooms, coriander buds and even mango flowers.

But how far would chefs go when it comes to experimenting new innovative ideas using flowers? Gee opines that he personally enjoys the challenge of creating new dishes with lesser-known ingredients citing examples like his homemade roselle jam that pairs perfectly with chicken liver parfait, as well as the rose and raspberry jelly that is served with lychee pannacotta.

He believes there will be a place for local flowers to have some significance in the dining scene someday. But Gee explains that they can be hard to source due to low demand and difficulties in growing.

“I am dying to use durian flowers next. It’s extremely seasonal and even more difficult to get my hands on,” wishfully he adds.

Think of flowers as a truly seasonal food, which means putting what’s available out there in a dish. It would come to no surprise if you see something blooming on your plate.