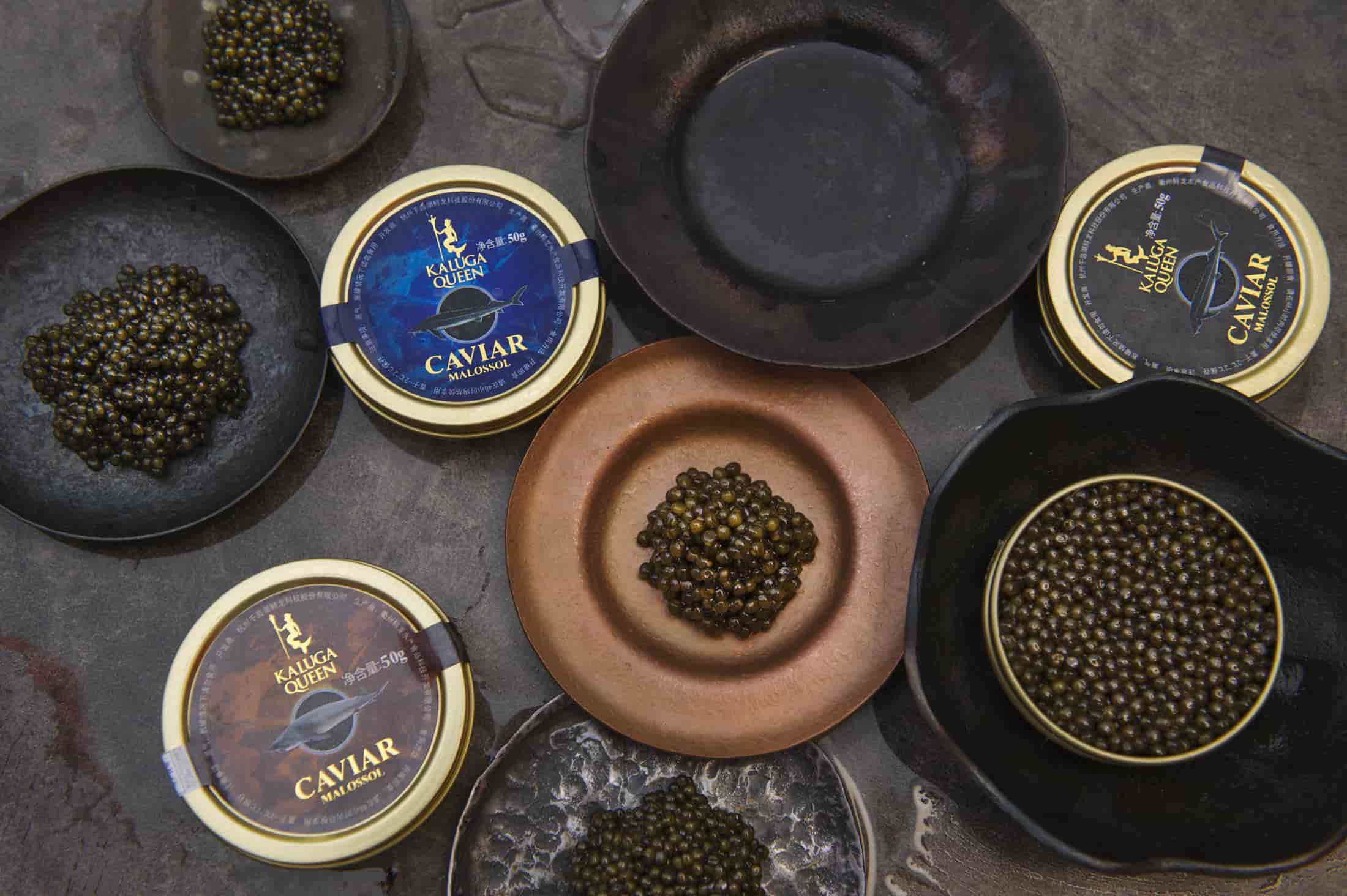 The caviar on the menu of Michelin-starred restaurants may come from an unexpected place: China.

The country has endured embarrassing food scandals in recent years, but its sturgeon eggs have gained the respect of caviar connoisseurs around the world. It has also become pricier for US buyers as Chinese caviar is among the slew of products hit with 25 percent tariffs in the US-China trade war.

The bulk of China’s production comes from a picturesque lake ringed by mountains in eastern Zhejiang province where industry leader Kaluga Queen breeds the giant fish. The brand was created in 2005 by experts who worked for the ministry of agriculture and it now produces more than a third of the world’s caviar, making China the global leader.

The company’s sturgeon farm is a 20-minute boat ride away from the shore in Qiandaohu or Thousands Islands Lake. Qiao Yuwen, a breeder, stood at the edge of the pools where the animals live until they are between the ages of seven and 15.

“They’re like our babies. We see them from when they’re very young, so it’s hard when they are sent to be slaughtered,” Qiao said. “But there’s also, of course, the satisfaction of having contributed to making an exceptional product,” he said before throwing pellets containing shrimp, peas and vitamins to the fish.

Price of a Ferrari
For a long time, Iran and Russia fished sturgeon in the wild in the Caspian Sea. But the fish population was nearly decimated by overfishing and poaching after the Soviet Union, which had regulated fishing, fell in 1991.

Sturgeon fishing in the Caspian Sea was banned in 2008 while sturgeon farms have sprung up everywhere, with Italy, France and China among the world leaders in the industry.

Kaluga Queen has 300 employees looking after some 200,000 sturgeons. Once they reach sexual maturity, females are fished out and taken to a laboratory where they are stunned before their bellies are sliced open to extract the black eggs.

The roe is then washed, sorted, salted and placed in boxes.

Sturgeons producing the most expensive caviar can carry as much as two million yuan worth of eggs.

“It’s the price of a Ferrari,” said Xia Yongtao, the company’s vice president.

Kaluga Queen has walked a “long road” to win the trust of customers since the company produced its first jar in 2006, Xia said.

Chinese caviar had to overcome scepticism from foreign clients who were used to headlines about food scandals, from contaminated milk powder to soy sauce containing arsenic and rice tainted with cadmium.

“A few years ago, customers were reluctant when we talked about Chinese caviar,” said Raphael Bouchez, president of Kaviari, a Paris-based supplier to renowned restaurants. Bouchez convinced customers by explaining how Chinese producers raise fish and use methods that respect the environment.

“Chinese caviar, it must be said, is a very good caviar,” Bouchez said. “That said, many of the chefs still do not want it. They prefer to have caviar from France, Uruguay, or elsewhere,” he said.

Today, Kaluga Queen has an annual turnover of 220 million yuan and counts among its customers German airline Lufthansa and L’Atelier de Joel Robuchon, a two Michelin stars restaurant in Shanghai.

Distributors supply other restaurants around the world, and one buyer said he had delivered one shipment to Kim Jong Un, according to Xia. French chef Guy Savoy, whose Paris restaurant has three Michelin stars and is rated the best in the world, uses Chinese caviar with skate wings and scallops.

“The label ‘made in China’ does not matter,” said Savoy. “The important thing is the quality of breeding. Those supplied to us are of remarkable quality.”

Lily Liu, Kaluga Queen’s marketing manager, hopes someone else can try her company’s caviar. “We hope that Donald Trump will taste our caviar and say: ‘I like it! Let’s reduce tariffs and help Chinese caviar conquer America!”

8 creative ways to cook with cauliflower at home