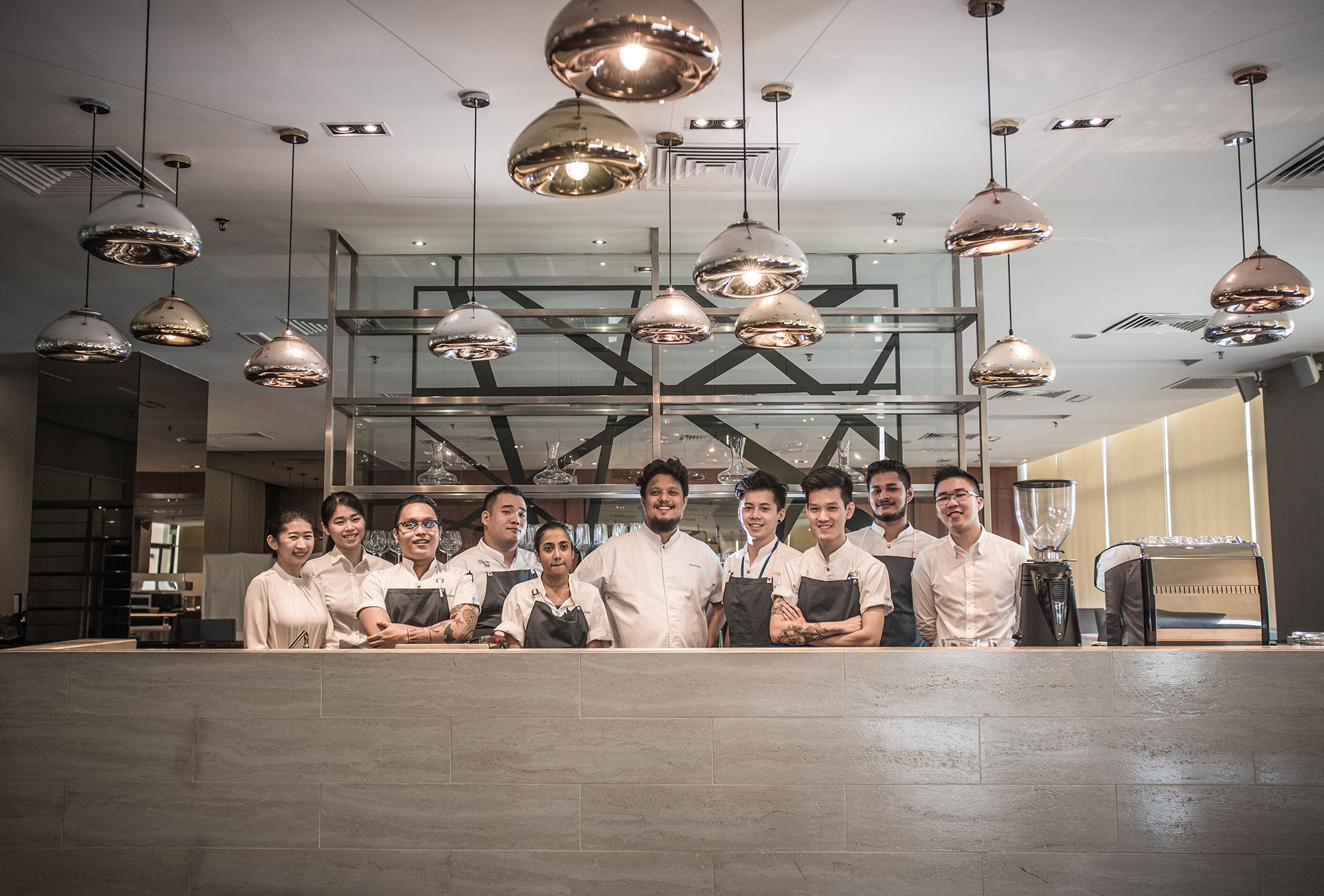 It was a big night for Chef Darren Teoh at Wynn Palace in Macau for the highly anticipated “Oscars” of the food world: Asia’s 50 Best Restaurants 2019. His restaurant Dewakan is placed 46 in the coveted list this year.

This is the first time a Malaysian restaurant has broken into the ranking system and comes perfectly timed after a team of Malaysian pastry chefs was crowned the world champions at the Coupe du Monde de la Patisserie 2019 in Lyon, France.

It stands as testament to the flourishing dining scene in Malaysia, especially with the rise of internationally acclaimed chefs and restaurants doing collaborations in Kuala Lumpur or opening restaurants here.

It seems Teoh’s tremendous hard work has finally paid off. He takes a progressive ethos to dining using ‘funky’ and naturalised ingredients uncommonly found in Malaysian kitchens, working extensively with local farmers and producers.
When asked how it felt to be on the list, he was quick to attribute it to the efforts of an entire supply chain. “It’s nice to be acknowledged for the work that’s being done by all in Malaysia, the farmers, the producers and other restaurants who are pushing it everyday as well as our guests and the guys at the restaurant now and before,” said Teoh. “It’s nice to represent that.”

Through years of foraging and research, Teoh has developed a deep understanding and appreciation of indigenous produce that has been forgotten over time. He reinterprets each ingredient with finesse, turning them into contemporary dishes that are not only beautiful on the plate but magical in the palate.

The chef is also looking to relocate his restaurant from Glenmarie Shah Alam to the city centre — a move that would make it far more accessible.

Other highlights of the night include newly-crowned, Odette (5th in 2018) who takes over the reign from Gaggan who has held the No.1 status for four consecutive years since 2015. Odette is now Singapore’s and Asia’s best restaurant, followed by Gaggan, Den, Sühring and Florilège completing the top five. Another big surprise is the best new entry Gaa (placed 16th) by Chef Garima Arora who also walks away as elit Vodka Asia’s Best Female Chef 2019.

The list, organised by the brains behind the World’s 50 Best Restaurants, honours the best and most progressive restaurants in the Asian region – putting winners in the headlines as well as being top targets for travelling gourmands. An anonymous judging panel of 318 industry experts nominate their choice of restaurants across Asia and they must have personally dined there within the last 18 months.

Dewakan Chef Darren Teoh Asia's 50 Best Restaurant Malaysian chef Malaysian restaurant
Martin Teo
Editor
Martin has a bent for history and food culture, especially of the Peranakan heritage. Since the pandemic, he finds joy in plant parenting and continues to expand his collection of Philodendrons, Anthuriums, and Syngoniums. He's now on a lookout for the elusive Philodendron Florida Beauty to add to his urban garden.
Dining Living Style
Sign up for our newsletters to have the latest stories delivered straight to your inbox every week.