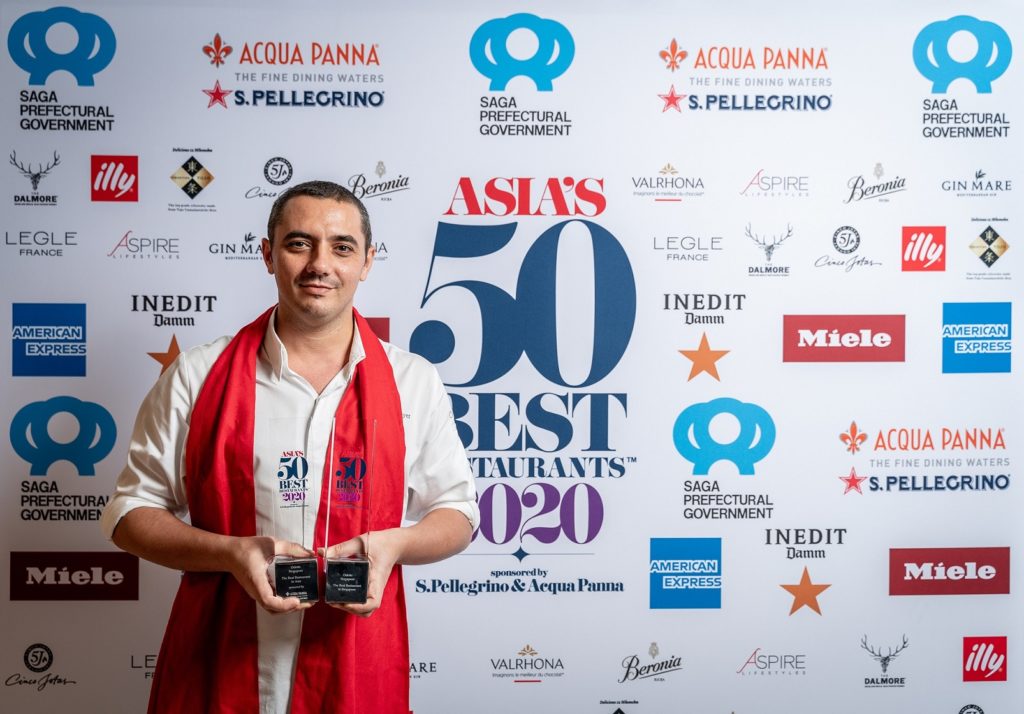 The excitement of a Malaysian restaurant debuting in coveted Asia’s 50 Best Restaurants list became short-lived while Singapore’s Odette celebrates its second year as number one.

Each year, Asia’s 50 Best Restaurants 2020 celebrates the region’s finest restaurants and chefs. Those awarded are nominated by a group of experts comprising 300 chefs, restauranteurs, as well as food writers and critics in Asia — restaurants and chefs have to work their way up to be deserving of a place in this coveted list.

This year was no different. Despite the looming concerns around Covid-19, the event which was initially scheduled in Saga Prefecture in Kyushu, Japan was televised online through Youtube and Facebook live streams. Last year’s top recipient Odette led by chef Julien Royer continued its winning streak to be the best restaurant in Asia for two consecutive years. The Chairman of Hong Kong and Japan’s Den rounded up the top three.

“We take this ray of light with gratitude,” Royer mentioned in the restaurant’s Instagram page. “Our hearts are with our peers in the industry who are working tirelessly everyday to continue serving. We pray for better times ahead and will continue to do all we can to look out for one another.”

Malaysia’s very own Dewakan helmed by the self-effacing Darren Teoh, however, lost its spot this year after debuting at No. 46 as the first-ever local restaurant in the list. Fret not, as we are certain that Teoh will bounce back especially with its newly renovated restaurant in Platinum Park that opened late last year. Similar to its previous ethos, the restaurant will be serving nothing less of spectacular through the use of locally-sourced produce and less-common ingredients.

There were also several highs and lows within the list with Japan showcasing 12 restaurants on the list. Andre Chiang’s new restaurant, Sichuan Moon located in Macau’s Wynn Palace resort raked the Highest New Entry Award, debuting at No. 23 on the list. The Highest Climber Award went to Bangkok’s Sorn at No. 16, praised for its genius take on Southern Thailand cuisine.

Asia's 50 Best Restaurants Dewakan Odette Chef Darren Teoh
You might also like ...
Food & Drink
KL’s best new restaurants of 2019
Food & Drink
These restaurants are bringing the farm to table concept to KL
Martin Teo
Content Editor
Martin loves traveling the world to see ancient ruins and classical architecture. He enjoys the culinary experience of various cities but (still) refuses to eat anything insect-like. On a daily basis, he finds time hitting the gym to compensate for the amount of food he needs to eat just to write an article.
Dining Living Culture Travel Style Home

Craving for hotpot? These iconic hotpot places in KL now delivers for a limited time only

Bring brunch back: Your favourite cafes are doing deliveries now