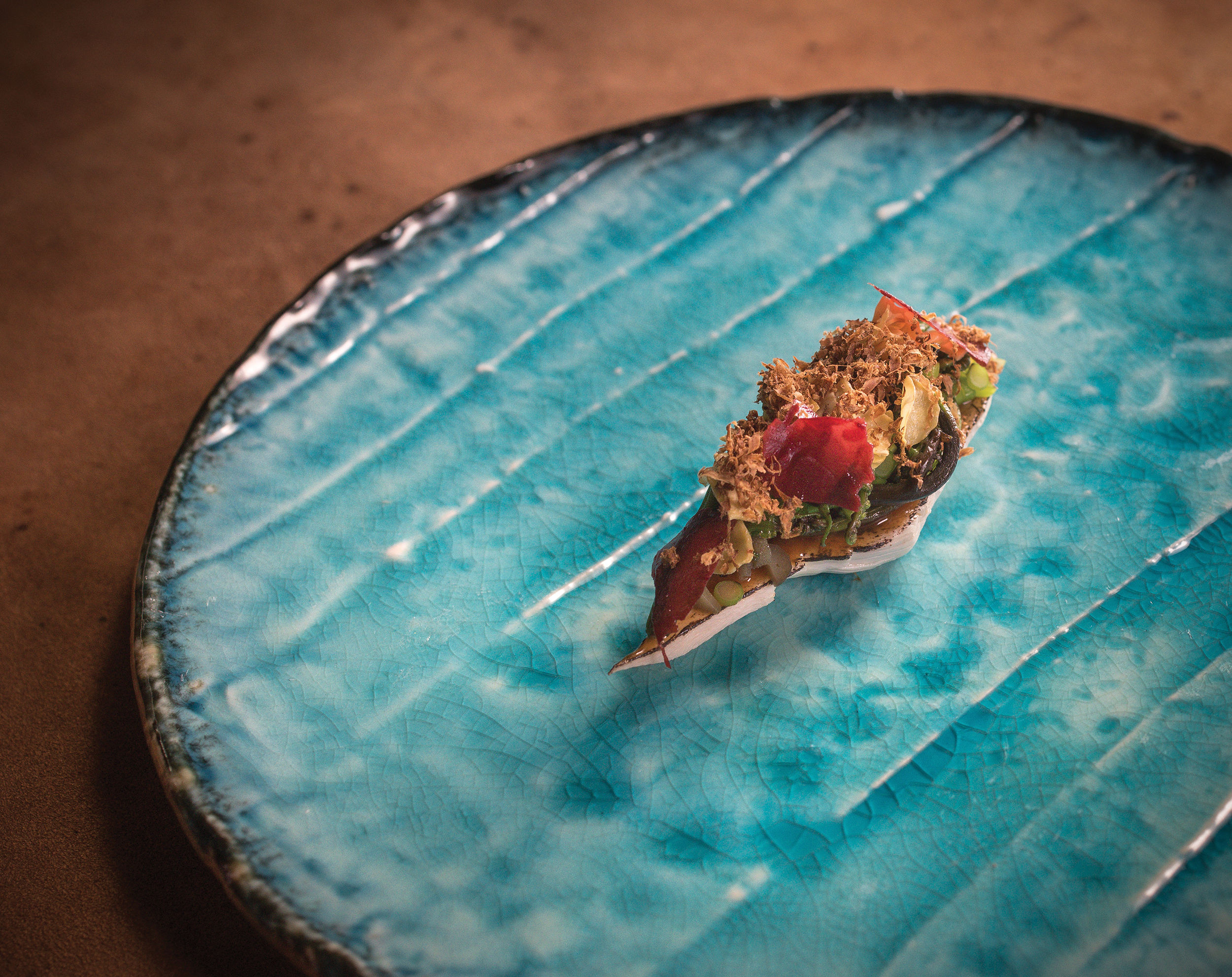 The fine dining scene in Malaysia has matured tremendously over the years. Most restaurants, however, still plate up imported ingredients like truffles and caviar even though a global narrative of using local ingredients is well underway beyond our shores.

While ingredients like bunga kantan (ginger torch flower), kaffir lime and other local aromatics do make an appearance on fine dining dishes, they’re deployed mostly for the fragrance or as garnish. These local ingredients, beautiful as they are, almost never form the DNA of the main elements.

This is where chef Darren Teoh of Dewakan rises above. For the last three years, he has been developing novel recipes that incorporate the bounty of Malaysia’s indigenous and naturalised ingredients. His is a labour of love that involves the entire food ecosystem; from aspiring young chefs to farmers and suppliers who forage for their produce. Teoh has been tirelessly plating up intriguing menus that bring together flavour profiles less commonly experienced by the average Malaysian.

This is only possible with his battery of ingredients put through vigorous research, development and endless rounds of tests. “Some of these fresh produce are extremely rare and hard to find. And they are not ingredients that you can simply cook with. Our team experiments and creatively manipulates these produce into ingredients that would go with the menu, sometimes accidental,” Teoh says as he explains the creation of ‘petai-so’, a paste similar to miso but made of stink beans as well as salt made of kulim, a type of rare fruit endemic to native Borneo islands.

“The potential is endless. We try to be oysters; trying a lot of stuff and filtering them out by looking at different textures, tastes and its unique astringent qualities,” he says.

If you haven’t heard of native produce with names like petai belalang, kerdas, nam nam, pucuk gajus and kulim much less what they taste like, consider Dewakan’s new menu a re-education of our local culinary identity. 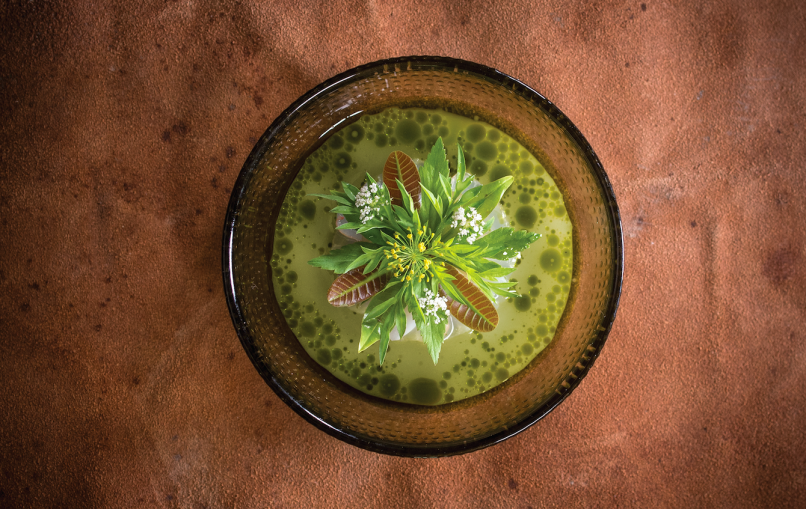 One of the standout dishes on the new menu – ‘prawns warmed in starfruit juice with herbs’ – comes in the form of a delicate verdant bouquet of handpicked herbs, leaves and shoots. It’s pretty as a picture and arrived on the table perfumed with kaffir lime leaf oil; its bright green colour bejewels the pale starfruit juice like a piece of art.

The herbaceous notes of pucuk gajus (young cashew shoots), and native herbs like ulam raja and daun selom, when combined with the tart starfruit juice and the sweet creaminess of the prawn creates a balanced concoction of freshness.

The ‘banana heart and kerdas’ (a type of native bean) is just as intriguing. Teoh extracts the oils from the kerdas kernels to perfume the key ingredient. Tau cheo –or fermented soybean paste is also brushed onto the hearts; infusing it with a strong umami flavour. The delicate dish is decorated with garlic shoots, fiddlehead ferns, kerdas chips, smoked daikon and pickled rose petals for an added depth of taste and textures.

Another dish bound to challenge is the roasted eggplant flavoured with the pungent traces of buah keluak and candlenut oil. The understated ‘presence’ of the little pods of petai belalang arranged neatly on one end of the brinjal — adds subtle tannin undertones as well as colour to the earthy dish with its bright green contrast. When viewed from an angle, the dish in fact resembles an entire aubergine.

No degustation menu is complete without desserts and this one is no different. Here, sayur manis is turned into a refreshing sorbet the colour of jade. It sits proudly on orange cubes of buah katak puru and under a thick meringue that shatters with the most satisfying crunch.

These four dishes are an example of a profound complexity that’s both alarming and eye-opening at the same time. Yet Dewakan’s new menu is comparable – if not, better – than some of the finest establishments across the region.

As refined as they are, Teoh’s efforts in elevating underused ingredients from our backyard and putting it on the dining table still has some way to go, at least when it comes to educating the public. Despite the popularity of New Nordic cuisine where foraged ingredients are highlighted in the most elegant way, educating the general public with flavours that they aren’t familiar with is still an arduous task. Consider this an art house film showing to an audience used to blockbuster hits.

Still, chef Darren believes in taking his time to expose local diners with the knowledge of ‘forgotten’ food. The last three years have been a testing ground for him to delve into the potential of an untapped market, offering diversity to a demanding crowd of serious gourmands who are constantly seeking for new gastronomic experiences. Three years is a long time for F&B. But for a restaurant like Dewakan, it’s only just beginning.

Fine Dining in KL KL foodies Dewakan Indigenous modern malaysian cuisine Chef Darren Teoh Naturalised Ingredients
Martin Teo
Editor
Martin has a bent for history and food culture, especially of the Peranakan heritage. Since the pandemic, he finds joy in plant parenting and continues to expand his collection of Philodendrons, Anthuriums, and Syngoniums. He's now on a lookout for the elusive Philodendron Florida Beauty to add to his urban garden.
Dining Living Style
Sign up for our newsletters to have the latest stories delivered straight to your inbox every week.

Mid-Autumn Festival 2022: A guide to the best mooncakes in KL

Should you refrigerate apples to keep them fresh?