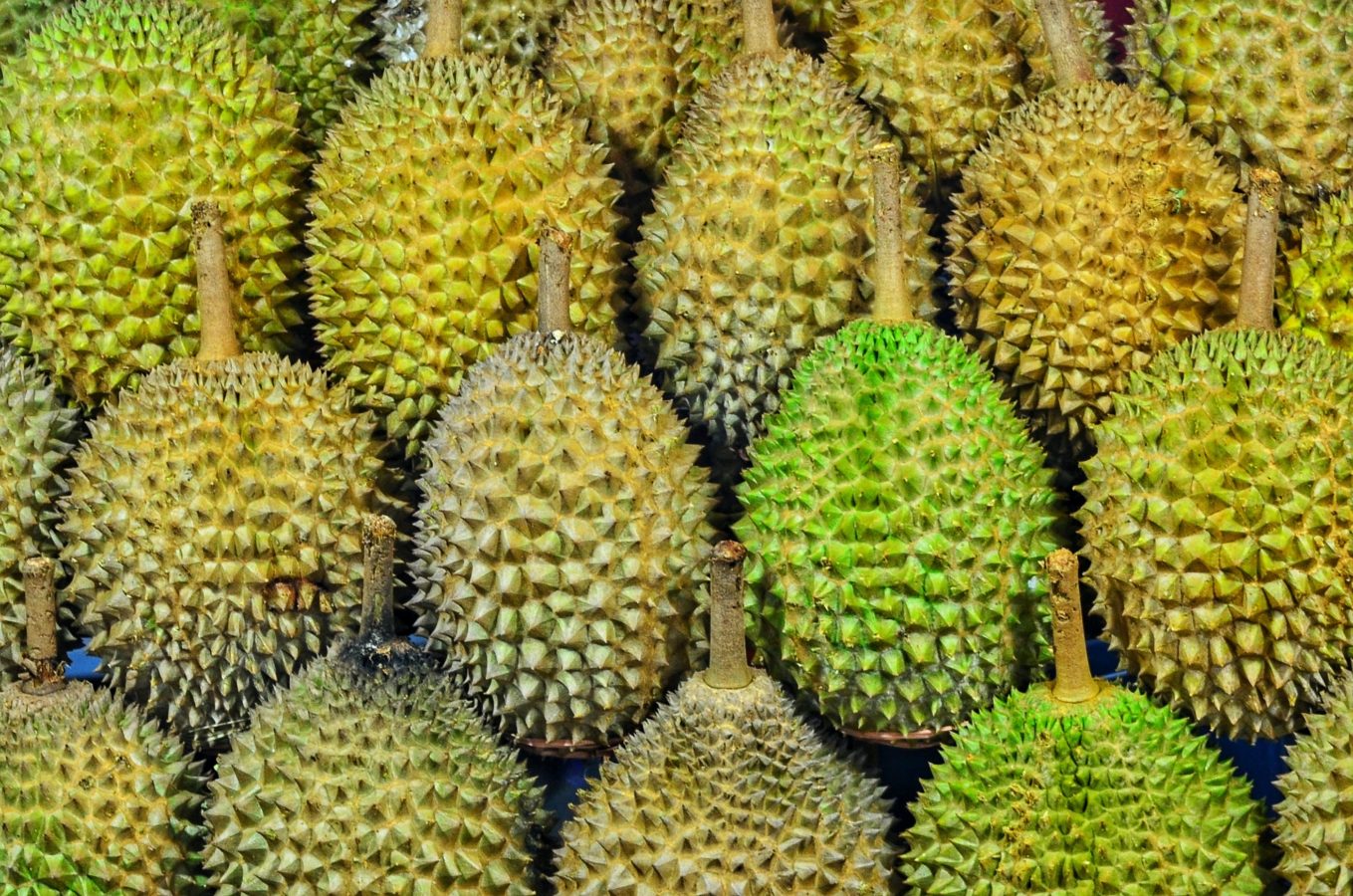 Can you smell it in the air? Durian season is here, and we’re all for it.

You either love it or you hate it, and we love it. What is it? Why, the king of fruits, of course. It’s that time of the year again when durian is in abundance. From your staple places like SS2 in Petaling Jaya and Durian King in TTDI to random trucks by the side of the roads, durians are everywhere. You can quite literally smell it in the air.

It’s also that time of the year where we question ourselves: what variety are we going to get? The musang king variant has been a popular favourite in the past decade and it’s still going strong. Some people like the former favourite, D24, while others crave the rich flavours of the Red Prawn. But what exactly are the differences? Wonder no more.

In our cheat sheet below, we break down the variants that you can find in the durian stores out there, as well as the differences in flavour and texture. Are you team bitter or team sweet? Who knows — you might even find a new favourite variety to try.

In the past few years, the musang king variety has seen an increase in popularity, with many seeking it out and restaurants using its flesh in desserts. It originated from Kuala Musang in Kelantan, although now the strain is now widely planted across the peninsular. Its flesh is a dark yellow and has a thick and creamy consistency. As for its flavour, the musang king usually veers towards a bittersweet taste.

D24 was the former favourite of locals back in the 90s before the musang king usurped its position. However, it’s still a popular variety in stores. The flesh is a pale yellow and its flavour is creamy and bitter. For those who prefer bitter durian flesh over sweet ones, this variant is for you.

Despite being part of the D-series of durian, D13 is very different from D24. For starters, its flesh is a very deep yellow hue, almost orange. Its flavour is sweet and the seeds are large, which means the flesh to seed ratio is smaller.

The D1 variant is similar to D24 in its colour – pale yellow – but that’s where the similarities end. The flavour of D1’s flesh is more milky than creamy, and its seeds are small so you get more bang for your buck.

The D101 variety is also another kind that’s a crowd favourite due to its more palatable flavour. It’s slightly sweet and creamy, while the colour is a deep yellow — close to orange.

While not found often, the D96 durian is easy on the palate with its sweet flavour. The seed is also small, which is always a good thing.

Also known as Durian Bamboo, the Tracka variety is not an easy one to track down. But those who do are duly rewarded with consistently good quality fruit. Its flesh is yellow, slightly lighter in colour than the musang king, and also has a bittersweet flavour.

Another variety of durian that’s slowly gaining in popularity is the Red Prawn, also known as ‘Udang Merah’. The name was inspired by the deep orange colour of its flesh, almost veering on red. Its texture is sticky and has a sweet aftertaste. However, experts will tell you that the younger durian trees will bear a sweeter fruit while the older trees will produce Red Prawn durians with a bittersweet flavour.

As its name suggests, the XO durian’s name was inspired by the cognac. Like the brandy, the flesh of this fruit is strong and bitter — so proceed with caution. Its colour belies the strength of its flavour, as it’s a pale yellow colour with a soft, fleshy texture.

Another type of durian that’s slowly becoming a crowd favourite, the Black Thorn is a sweet variant with a dark yellow hue.

Durian Cheat Sheet
PohNee Chin
Editor, Kuala Lumpur
Poh Nee is the editor and writes about travel and drinks. When she's not living out her holiday dreams via Google Earth and sipping on an Old Fashioned down at the local bars, you can find her snug at home bingeing on Netflix and mystery fiction.
Travel Drinks