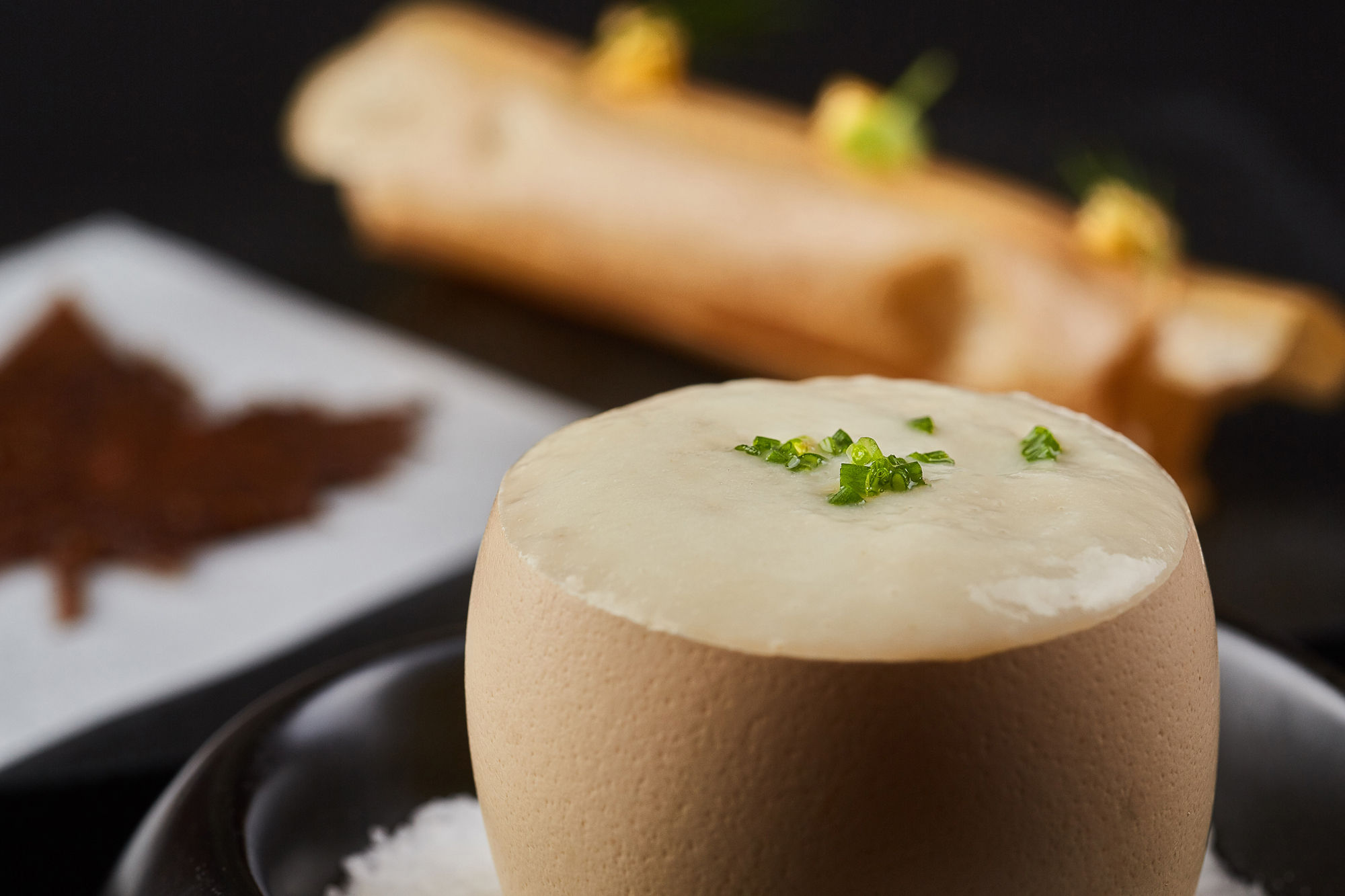 Chilean-born chef Francisco Araya seems to have the world’s culinary influence at his fingertips. He is currently based in Shanghai, where he is executive chef at NAPA Wine Bar & Kitchen. He has also served at 81 Restaurant in Tokyo where he was awarded a one Michelin star for his Latin American, European, and Asian fusion cuisine. Beyond that, he was also under the tutelage of world-renowned chef Ferran Adrià from three-Michelin-starred El Bulli in Spain.

Now, Araya will be bringing his worldwide culinary adventures to The Ritz-Carlton, Kuala Lumpur for a five-day affair from the 6th to the 10th of March 2018. In conjunction with the hotel’s regular guest chef at The Library, he will be crafting a seven-course tasting menu with seafood being the main affair. The menu will be themed around modern European cuisine — Araya’s specialty.

The seven-course menu opens with an assortment of amuse-bouche. Whet your appetite in preparation for the upcoming courses with crispy scallop and herbs, smoked celeriac hen egg, shrimp with tomato and watermelon, and beetroot tartelette.

Then, we move on to the mains. There is oyster served with caviar and cauliflower, followed by scallop ceviche with ginger and cilantro. Then, an Arroz Verde (or green rice), which consists of Carabinero shrimp, arborio rice, and spinach. The seafood medley continues with a shrimp prepared with tofu skin (better known as yuba), caramelised onion, and dill. The fourth and final main is a Japanese Orange Sea Bream, prepared with calamari and zucchini blossom.

But wait, it’s not over yet. Wrap up the seven-course meal with a delectable dessert that’s given a local twist: pandan ice cream on a small French almond cake, and late harvest wine.

The tasting menu by Araya is priced at RM350 nett. Should you prefer it with wine pairing, that option will be priced at RM500 nett. Find out how you can experience this with chef Araya here.

The Ritz-Carlton The Ritz-Carlton Kuala Lumpur the ritz-carlton kl guest chef at the library francisco araya napa wine bar & kitchen napa shanghai 81 restaurant tokyo el bulli spain el bulli
PohNee Chin
Editor, Kuala Lumpur
Poh Nee is the editor and writes about travel and drinks. When she's not living out her holiday dreams via Google Earth and sipping on an Old Fashioned down at the local bars, you can find her snug at home bingeing on Netflix and mystery fiction.
Travel Drinks
Sign up for our newsletters to have the latest stories delivered straight to your inbox every week.

Luca to Olivia Deli: 5 new restaurants to check out in Bangsar

The best Thai restaurants to visit on your next Bangkok trip

10 best vegan sources of protein to include in your diet