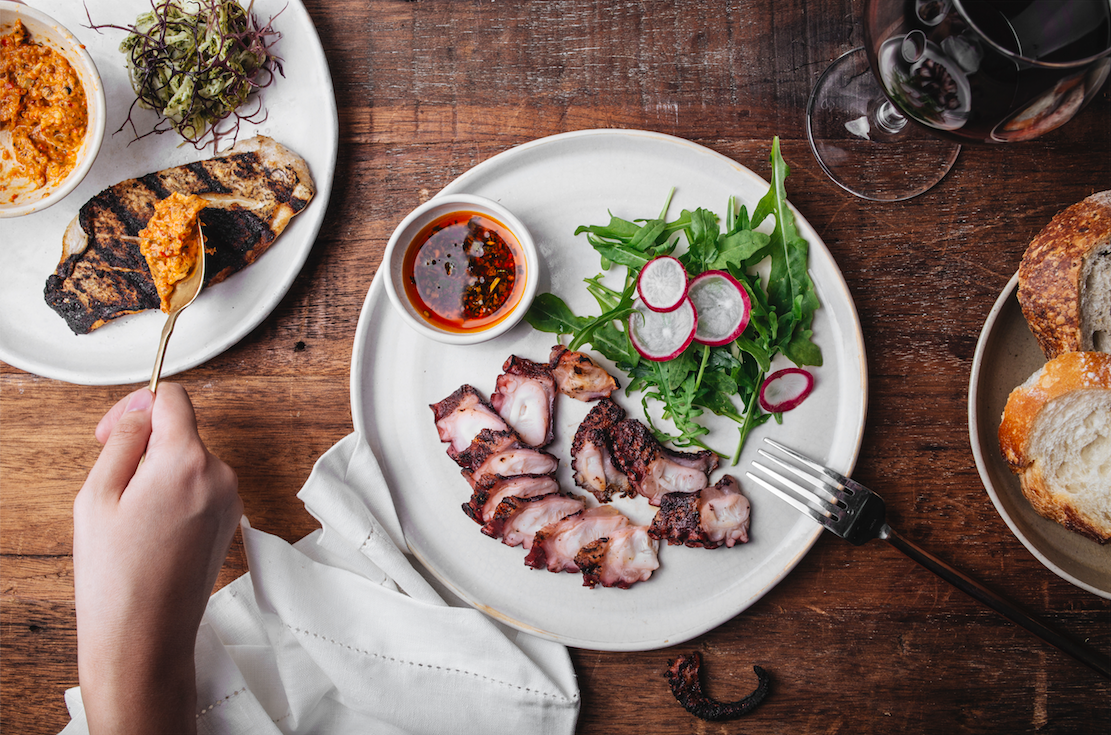 The big holidays are coming up and there’s no doubt that everyone is excited. Sadly, it’s not happening as early as we want it to but that doesn’t mean we can’t make time to indulge in activities and of course, food.

Rest your legs from all the Christmas shopping by visiting these eateries. If you are in Bangsar, Pince & Pints has just released a brand new lunch menu inspired by local flavours incorporating its signature lobsters. For high tea, stop by Trace Restaurant & Bar in Element Kuala Lumpur, which has rolled out an Instagram-worthy set.

Over at newly opened Birch in Damasara City Mall — which has been making waves for its burnt cheesecake — diners can look forward to a new modern American dinner menu paired with tasty cocktails. The dish: Just a glance at Pince & Pints’ new lunch menu will have you know that it’s heavily influenced by ingredients that are close to home. This lobster laksa is a much sweeter version than the local Peranakan laksa, because the broth is simmered with lobster shells for three hours. Other highlights include Chettinad lobster thali featuring a masala lobster curry, and sweet and sour lobster with garlic fried rice. Pince & Pints’ new lunch dishes are available on Saturdays, Sundays, and public holidays only.

The place: Indulging in seasonal lobsters all year round is now made possible thanks to this eatery. It serves wild-caught and air-flown lobsters from Boston, Maine, and Canada, and is known for its New England-style lobster rolls. Pince & Pints hails from Singapore, having two outlets there and one in Malaysia. The dish: This beautiful, delectable mess is what sets Trace Restaurant & Bar apart from all the other high teas in Kuala Lumpur. The name ARTEASTRY stands for Art, Tea and Pastry. There are two parts to this high tea, starting with savoury bites such as waffle with salmon and créme fraiche, apple duck in savory cone, and tomato and basil macaroon are placed in a contemporary bento box. But the exhilarating part of the high tea set is the dessert: Instead of being displayed in a common three-tiered cake stand, the dessert is made in front of you, or rather ‘splashed’ by the chef while you sip on your tea or coffee. Drops and strokes of framboise a la mascarpone, raspberry confit, raspberries, meringue, vanilla soil, sponge fingers and mango chutney are drawn and placed one by one on a piece of newspaper-like food grade paper until it comes to the finale where a chocolate sphere is then dropped in the middle, creating this edible art piece.

The place: Trace Restaurant & Bar is located on the 40th floor of Element Kuala Lumpur; which also claims to be tallest eco-friendly hotel in Kuala Lumpur. The restaurant is committed to serving fresh, local produce in their healthy western-fusion cuisine, that both supports the local farmers and reduce carbon footprints. The dish: Spanish paella is traditionally composed of rice topped with generous servings of fresh and juicy seafood. At Birch, you’ll get the same decadent seafood flavours but with vermicelli instead of rice — which makes the meal much lighter and the taste of seafood more pronounced. Other modern American dishes on Birch’s new dinner menu include smoked quail eggs topped with tobiko marinated in soju, mirin and sake, slipper lobster with bone marrow salsa, and corn bread paired with pit bean stew or triple chilli con carne. Be sure to wrap up the night with the restaurant’s uniquely crafted cocktails.

The place: Birch is a cool, casual eatery by day which turns into a laid-back restaurant and bar at night. This eatery is by the same creators of Huckleberry Food & Fare (and Huckleberry After Dark), Mezze and Skullduggery.

Food Kuala Lumpur Dessert Dining Eat Seafood High Tea Bangsar Western Lobster Pince & Pints Damansara City Mall Trace Restaurant & Bar birch element kuala lumpur
Jolin Lee
Contributor
Unlike most modern-day millennials, Jolin does not need caffeine or alcohol to power through the day (and night). Her eye for beauty is as sharp as her eyeliner flick, and she can spot your unblended eye makeup from a mile away.
Beauty Fashion Style Jewellery