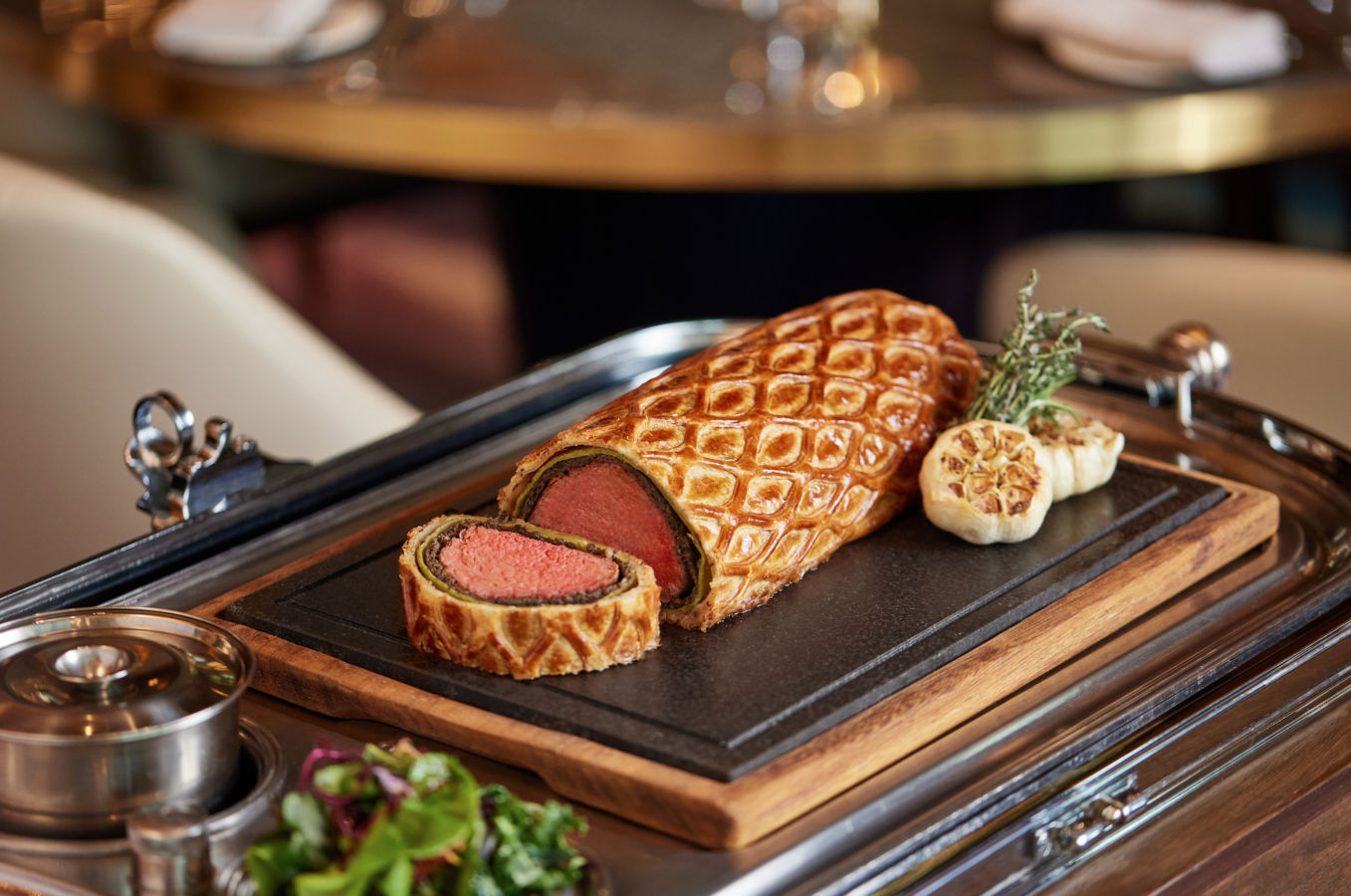 Gordon Ramsay Bar & Grill that’s opening in KL on 18 June 2022 will be the first outpost outside of the United Kingdom.

Are you ready for Hell’s Kitchen? While restaurant openings are not uncommon in Malaysia, here’s a launch that’s been a long time coming. Gordon Ramsay Bar & Grill, opening on 18 June 2022 at Sunway Resort, isn’t just British chef Gordon Ramsay‘s inaugural restaurant in Malaysia. It will also be the brand’s first location outside the United Kingdom.

With Gordon Ramsay being one of the most popular celebrity chefs in the world, it’s only normal that Malaysians are anticipating the opening of the restaurant with much enthusiasm. The design of Gordon Ramsay Bar & Grill in Malaysia is an amalgamation of  the grandeur of Sunway Resort with the chef’s British heritage. The restaurant has a dining space that can accommodate up to 150 guests at a time — with private dining rooms such as 8 Mayfair, 10 Soho, and 12 Chelsea, as well as a grand dining room with semi-private seating booths, and a cocktail bar. Doesn’t that sound splendid already?

Throughout the restaurant, guests will find furnishings with a rich red and forest green colour scheme. To further accentuate the opulence of the establishment,  the interior also features polished walnut hardwood flooring, brass finishes, 24 karat gold leaf hand-placed ceiling, and monochrome portraits of British style icons. They include Sir Mick Jagger of The Rolling Stones and Sir Sean Connery as well as supermodels Twiggy and Jean Shrimpton.

Malaysia (and Kuala Lumpur, to be specific) is a melting pot of different culinary cultures. Now, Gordon Ramsay Bar & Grill’s epicurean offerings — inspired by Savoy Grill in London — can be added to the delectable mix. At the restaurant, guests can expect the finest ingredients presented with culinary flair. Looking forward to Gordon Ramsay’s popular Classic Beef Wellington? You can finally savour that dish in Malaysia, served tableside.

Don’t stop there, though! The restaurant in Sunway Resort also offers Spiced Beef Tartare with Egg Yolk Confit, Arnold Bennett Twice-baked Cheese Soufflé with Mornay Sauce, Dover Sole with Grenobloise capers sauce, and more. In addition, Gordon Ramsay Bar & Grill is also home to a cocktail bar serving Malaysian-inspired flavours. For wine enthusiasts, there is a wine cellar showcasing an extensive wine list from all around the world.

The opening of Gordon Ramsay Bar & Grill at Sunway Resort, Malaysia on 18 June 2022 will see the brand’s fourth outlet — joining the London locations in Mayfair, Chelsea, and Park Walk. It sure sounds like an event of gastronomical proportions! Will you be adding the restaurant to your list of places to dine at?

New Restaurants Gordon Ramsay Celebrity Restaurant Sunway resort Gordon Ramsay Bar & Grill
You might also like ...
Food & Drink
A Gordon Ramsay restaurant is coming to KL thanks to Sunway Resort
Food & Drink
10-minutes is all you need for a stir-fry dinner, says Gordon Ramsay
Food & Drink
First look: Gordon Ramsay’s Maze Grill serves up charcoal-grilled steaks with a side of harbourfront views
Ronn Tan
A millennial who spends too much time browsing on TikTok and vibing to the latest K-Pop bops. Wait, that sounds like a Spotify playlist! I'm also on a self-proclaimed important mission to check out as many new cafes and restaurants as possible.
Sign up for our newsletters to have the latest stories delivered straight to your inbox every week.

10-minutes is all you need for a stir-fry dinner, says Gordon Ramsay