While we are feasting in abundance at Ramadhan buffets, let’s not forget that duan wu jie or Dragon Boat Festival is happening just a few days after Hari Raya — 7th June 2019 to be exact. It is that time of the year when pyramid-like parcels are enjoying with family and friends as a symbol of togetherness and unity.

But the Dragon Boat Festival actually has quite a sad history. The festival began as a ritual to commemorate the passing of a Chinese poet and minister, Qu Yuan. He killed himself after going through several bouts of false rumours among his peers, tarnishing his reputation along the way. Like many traditional Chinese folklores involving suicides, Qu Yuan threw himself into a river. Some fishermen tried to help save him but they were too late. So the locals decided to throw rice dumplings or zong zi into the river to stop fish from eating his body.

This fable has inspired a festival that is now celebrated throughout the world with various renditions of the glutinous rice dumplings. Depending on its Chinese origins, some rice dumplings are shaped like a pyramid or a pillow. The communityies in countries like Thailand and the Philippines, also made their own versions with an assortment of savoury and sweet ingredients.

In Malaysia, there are several types including pork belly with chestnut, mushroom, egg yolk and oyster, as well as the Nyonya-styled version with its blue-dyed glutinous rice and a filling of diced meat, candied wintermelon and mushroom, spiced with a mixture of white pepper, fennel, coriander and clove. We also have the sweet ones dyed in bright yellow and served with melted palm sugar; similar ones can be found in Thailand and Vietnam as well.

It is also important to point that during duan wu jie, food is usually associated with the number five (wu means five in Chinese). So the dumplings are usually made of five types of beans or five core ingredients.

Also, you don’t have to ride a dragon boat during duan wu jie — it is now a rather commercialised celebration like the mooncake festival. But many Chinese families are still keeping to the tradition of making zong zi from scratch — it is almost a dying art especially among the younger generation.

While most of us crave for the comforting flavours of homemade glutinous rice dumplings, there are very few places that can really capture the right balance of flavours that remind you of home. If you’re planning to head home for a reunion dinner, be sure to turn up bearing gifts — some gourmet zong zi would do the trick. Here’s where you can enjoy gourmet glutinous rice dumplings made by the best Chinese chefs in town for a taste of home. 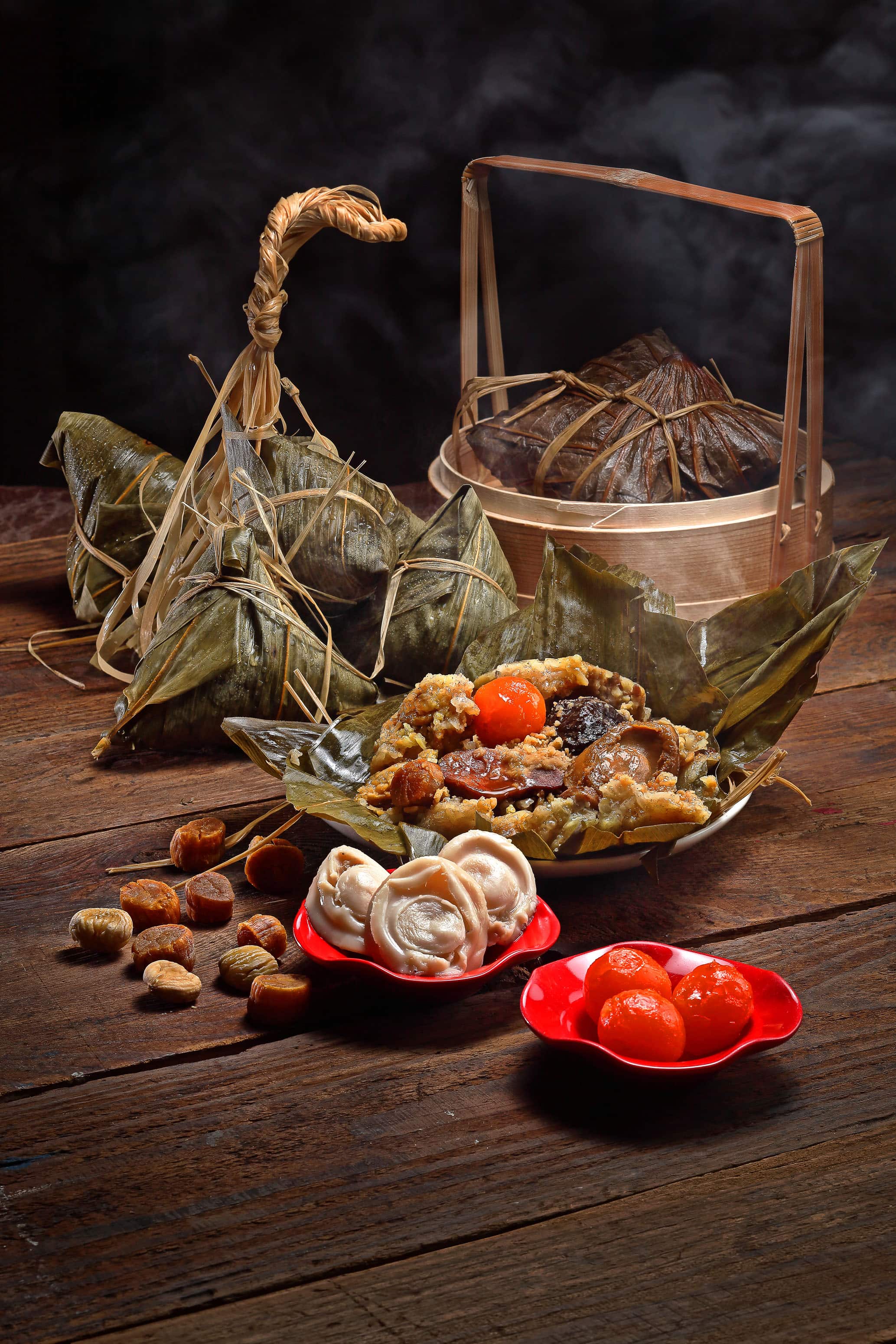 This year, Shangri-La Hotel Kuala Lumpur will be offering three selected rice dumpling varieties curated by the team behind Shang Palace. The most indulgent of the bunch is the Hong Kong Rice Dumpling with Abalone, Assorted Nuts and Supreme Spicy Sauce. Diners can also opt for the Traditional Rice Dumpling with Peanut, Chestnut and Dried Shrimp for a more familiar flavour or the Sweetened Rice Dumpling with Red Bean Paste and Chestnut if you like it for dessert. Bring back childhood memories of eating zong zi at Celestial Court with its traditional take on the glutinous rice dumplings. Wrapped in bamboo leaves for a whiff of smokiness, the zong zi features ten selected ingredients including dried scallops, smoked duck, dried oysters, stewed chicken and more. Each parcel at the Celestial Court promises a generous filling that’s packed with flavours. 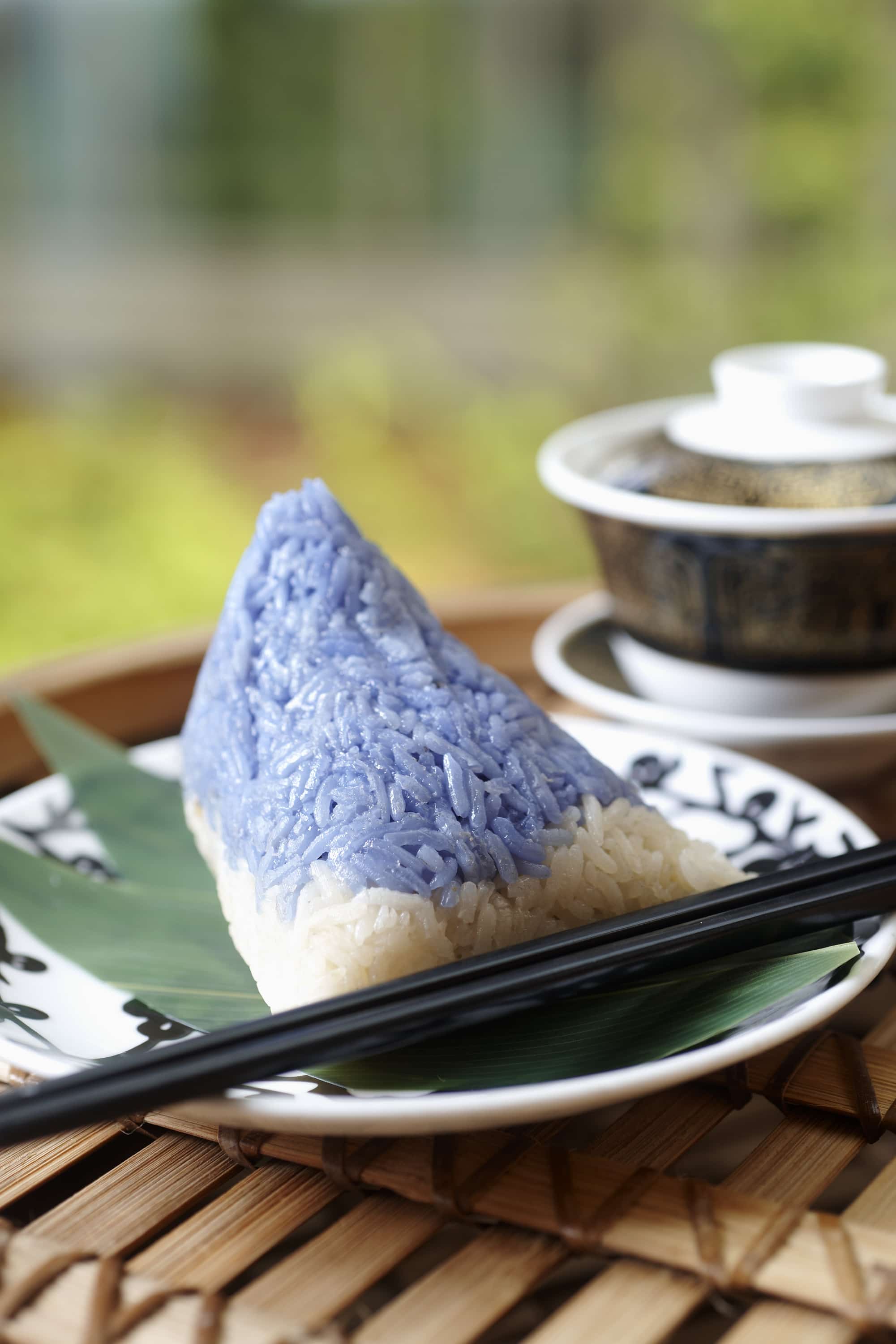 Celebrate the Dragon Boat Festival with a delectable range of glutinous rice dumplings specially crafted by Executive Chinese Chef Ricky Thein and his team from Mandarin Oriental KL’s Lai Po Heen. Choose between the Hong Kong style roasted duck filling or one with abalone and assorted seafood. There’s also a traditional Nyonya version for purists or the deep-fried crispy dumplings for those looking for novelty. A gratifying vegetarian option prepared with wild mushrooms, yam, beans, celery and carrots is also available. 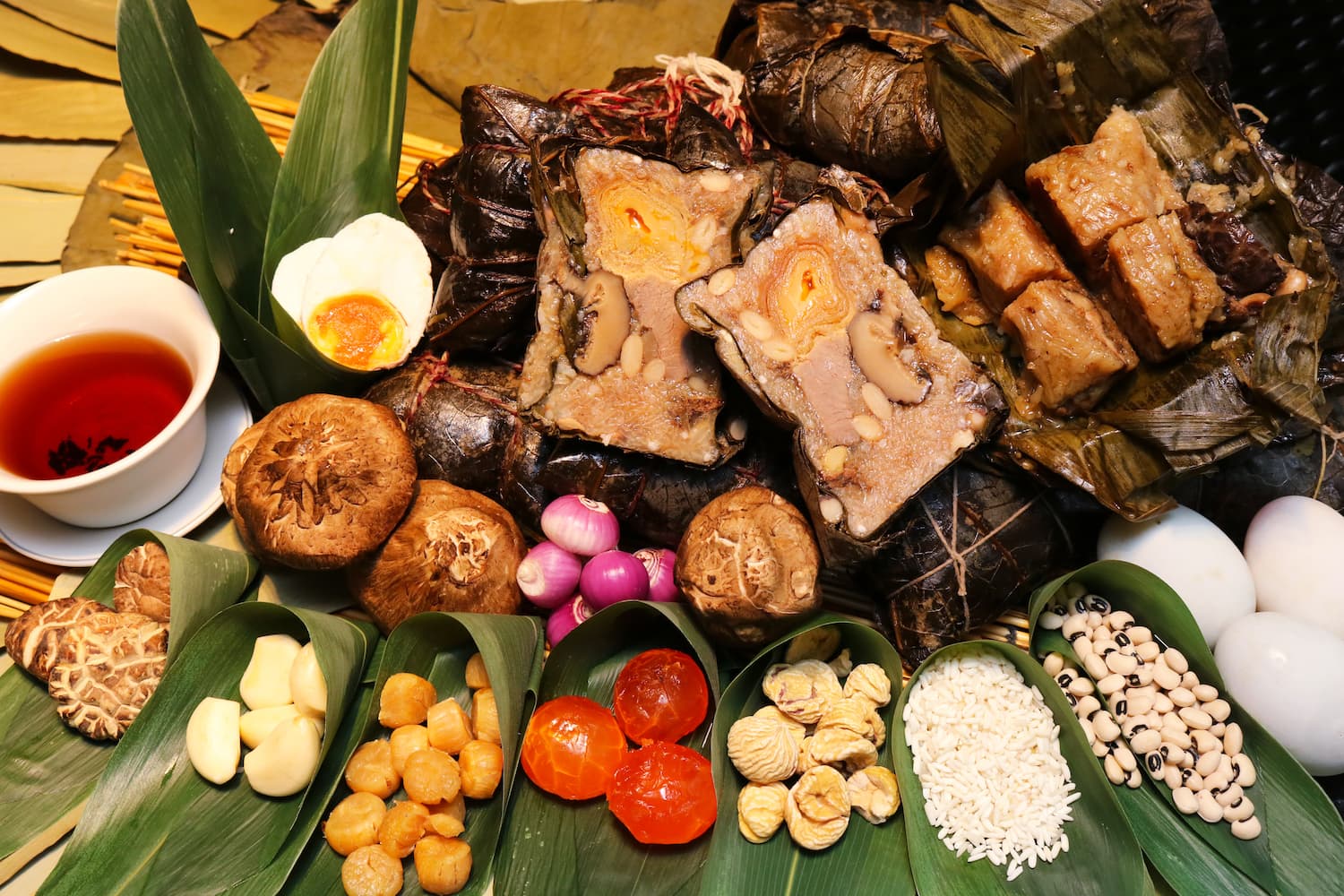 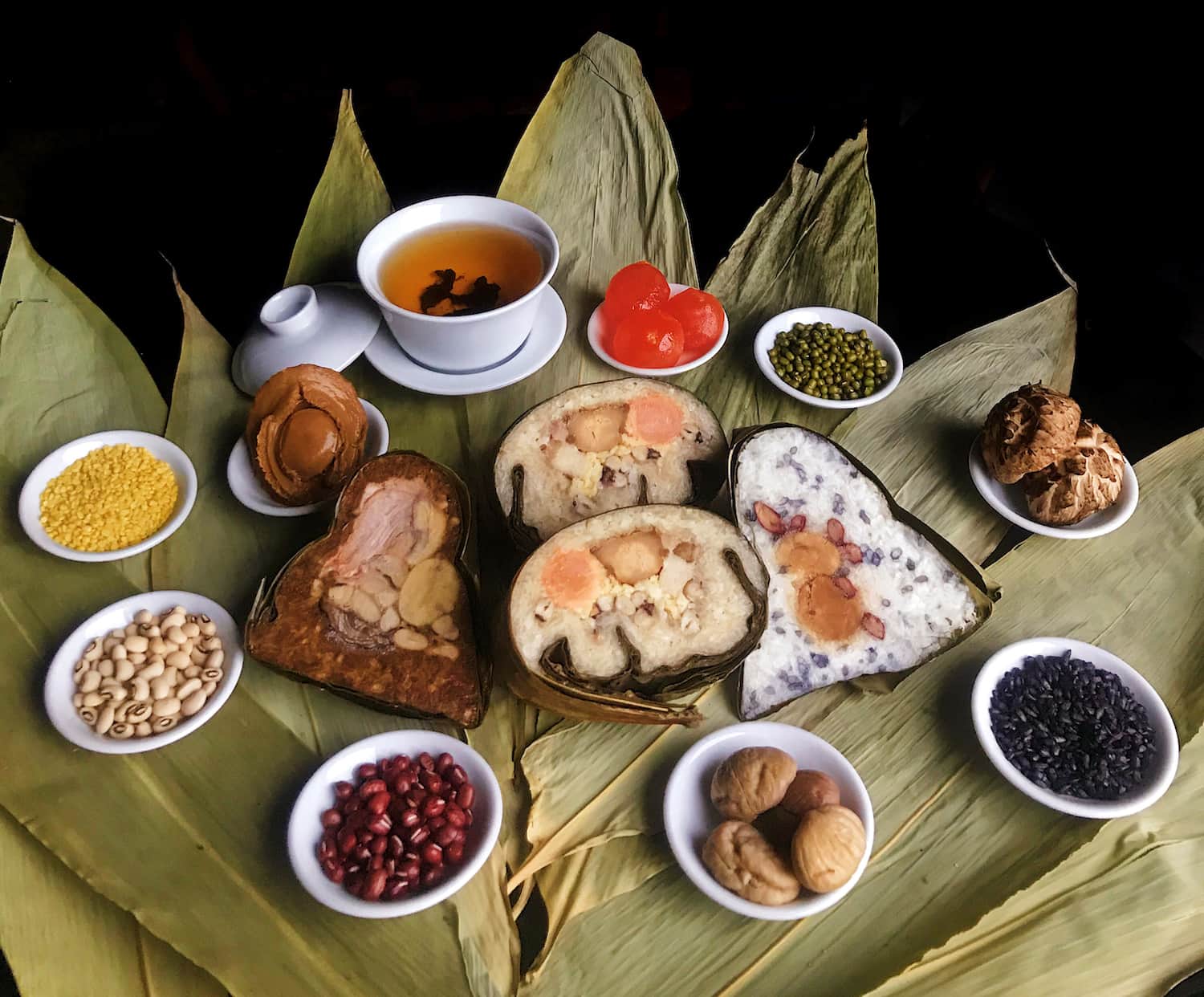 Row in the Duan Wu festivities with the symbolic Chinese sticky rice dumplings at Yen. This year, Executive Chef Tan Kim Weng has put together three variants comprising Hong Kong Style Abalone Rice Dumpling, Traditional Rice Dumpling with Supreme Chili Sauce and Sweetened Yixing Dark Rice Dumpling with Chestnut and Red Bean. Each parcel is made using premium ingredients with the latter being a unique rendition featuring a duo of black and white rice in a sweet and creamy flavour mix. While most rice dumplings are boiled, Intercontinental Kuala Lumpur’s Tao restaurant is bringing you a special steamed version. The team behind Tao invites you to satisfy your palate with its seasonal creations featuring fragrant and flavourful steamed glutinous rice dumplings filled with various ingredients and condiments. For meat-loving foodies, try the one with dried oysters, roast duck, salted egg yolk and mushrooms. There’s also a vegetarian version made using mixed beans. For desserts, go for Tao’s signature butterfly-pea-flower-dyed glutinous rice dumplings with fillings of coconut floss and palm sugar.

see more
Dragon Boat Festival Rice Dumplings glutinous rice dumpling duanwu festivity
Martin Teo
Editor
Martin has a bent for history and food culture, especially of the Peranakan heritage. Since the pandemic, he finds joy in plant parenting and continues to expand his collection of Philodendrons, Anthuriums, and Syngoniums. He's now on a lookout for the elusive Philodendron Florida Beauty to add to his urban garden.
Dining Living Home