Home > Food & Drink > Dining > The story behind the surge of mango sticky rice, thanks to Thai rapper Milli 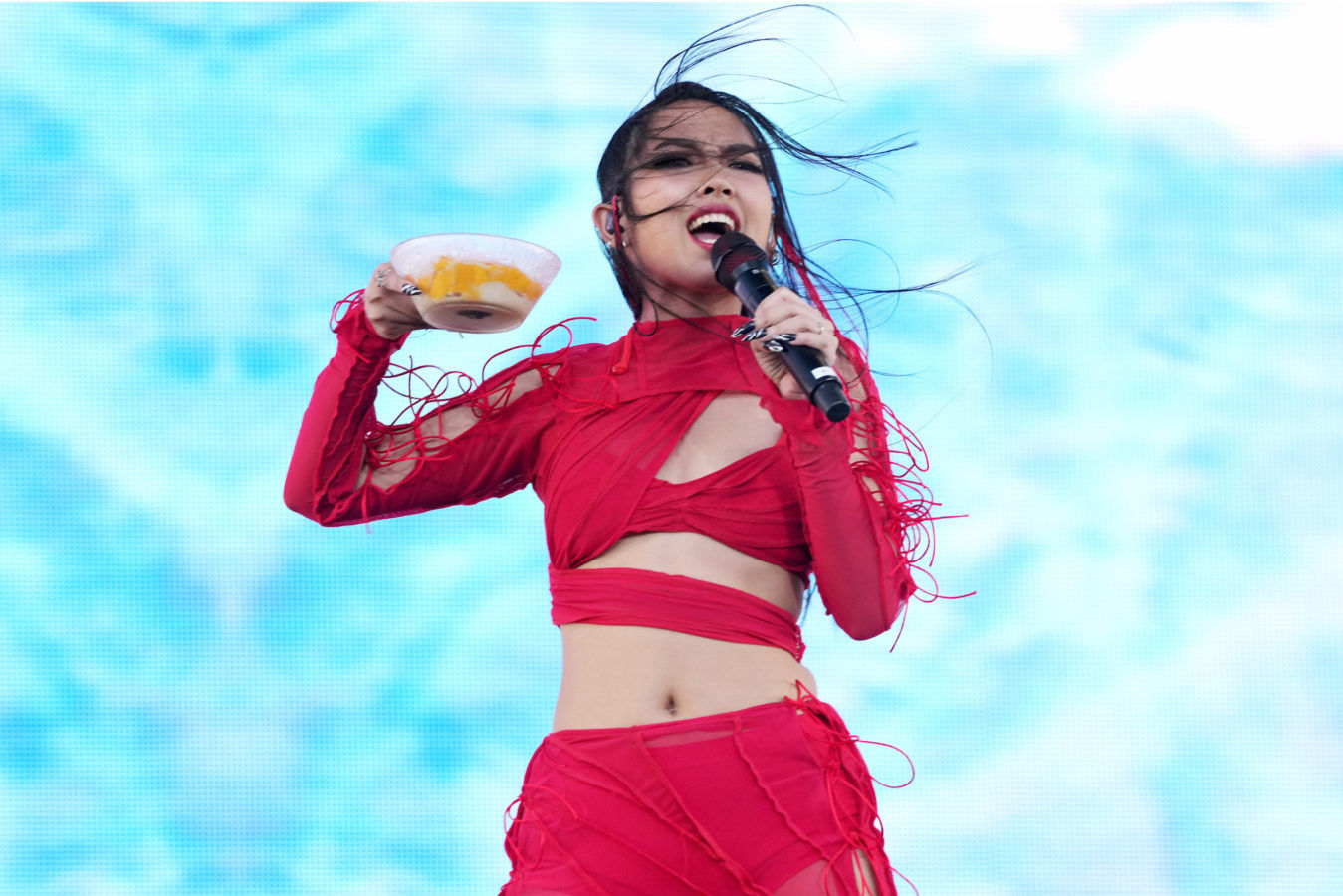 The story behind the surge of mango sticky rice, thanks to Thai rapper Milli

Food & Drink
The story behind the surge of mango sticky rice, thanks to Thai rapper Milli
Share this article
Next article

Nineteen-year-old rap sensation Danupha “MILLI” Khanatheerakul demonstrated to the entire world the soft power of one of Thailand’s favourite desserts, mango sticky rice, when she devoured it on stage at Coachella this past weekend.

Ever since the dish made its appearance on stage and was broadcasted all over the world, the internet saw a huge surge in search trends for ‘mango sticky rice,’ according to Google Trends. The Thai government, as a response, is also considering pushing mango sticky rice for a UNESCO World Listing.

Mango sticky rice, more commonly known as Kao Niew Mamuang, is arguably one of Thailand’s favourite and most popular desserts. There’s just something so perfect about that concoction of a freshly sliced mango on top of the steaming glutinous sweet rice, drenched in coconut milk, and drizzled with crisp yellow mung beans. It is, indeed, a dish that is extremely hard not to love. You haven’t been to Thailand if you haven’t had mango sticky rice. We know it, and MILLI does too.

As this dessert is now making waves across the globe, we think it’s only fitting to take a little dive into the history behind this famous dish.

The history of mango sticky rice

Despite its popularity, there’s actually hardly any conclusive evidence about where and how mango sticky rice came to be. According to sources from the likes of Wikipedia, the Tourism Authority of Thailand, and Thairath, although mango sticky rice has its origins from Thailand, neither mango or sticky rice have originated in Thailand. It has evolved to become a traditional dessert shared throughout Southeast Asia and South Asia, and is very likely a product of the amalgamation between the different cultures in the region throughout time.

The earliest history of mango sticky rice dates back to the late Ayutthaya period (1351 – 1767) and continues on until the reign of King Rama II, according to many traditional Thai food recipes. Recipes from the reign of Rama V also stated that khao niew moon (steamed sticky rice with coconut milk) were to be consumed with fruits, presumably sweet mango. Suffice to say, mango sticky rice has been with the Thai people for a very, very long time.

Mangoes, however, were first growing in India for over 5,000 years and are also indigenious to Burma and eastern Asia. Sticky rice, on the other hand, has its origins in the Northeastern, or Isaan, part of Thailand bordering Laos, a region that was also originally once a part of the landlocked country. This also makes mango sticky rice a common dessert for Lao people of the Greater Mekong Sub-region, where sticky rice has been cultivated throughout the history of its culture, food, and tradition.

According to information from The Foreign Missionary book, Volume 35 published in 1876, sticky or glutinous rice was also religiously consumed with fruits by the Laotian peoples as part of their everyday traditions and cultures.

The best time to indulge in mango sticky rice

Khao Niew Mamuang can be indulged all year-round, but the best season for it is actually right now, during the peak mango season that runs from April through June. This is when the mangoes are ripe, fresh, bright, yellow, and most importantly: juicy.

Traditionally, the Nam Dok Mai and the Ok-Rong varieties of mangoes are used, as they are famous for their sweetness. The steamed sticky rice, for this instance, must also be the glutinous kind, as it is the sweeter version of the usual savoury sticky rice we eat with our meals. We must say it’s perfect timing, actually, that MILLI has reminded us of just how good this dish is, and that this is the most ideal time to indulge in some Khao Niew Mamuang. Don’t worry, they won’t run out anytime soon – the surge is real, and they’re just as juicy as her performance.

Dining Thai desserts mango sticky rice Coachella 2022 Milli
Lifestyle Asia
Here's where you can read the latest news and stories from Lifestyle Asia and our sister titles PrestigeOnline and Augustman, curated from all of our editions in Hong Kong, Singapore, Kuala Lumpur, Bangkok and India.
Luxury
Sign up for our newsletters to have the latest stories delivered straight to your inbox every week.