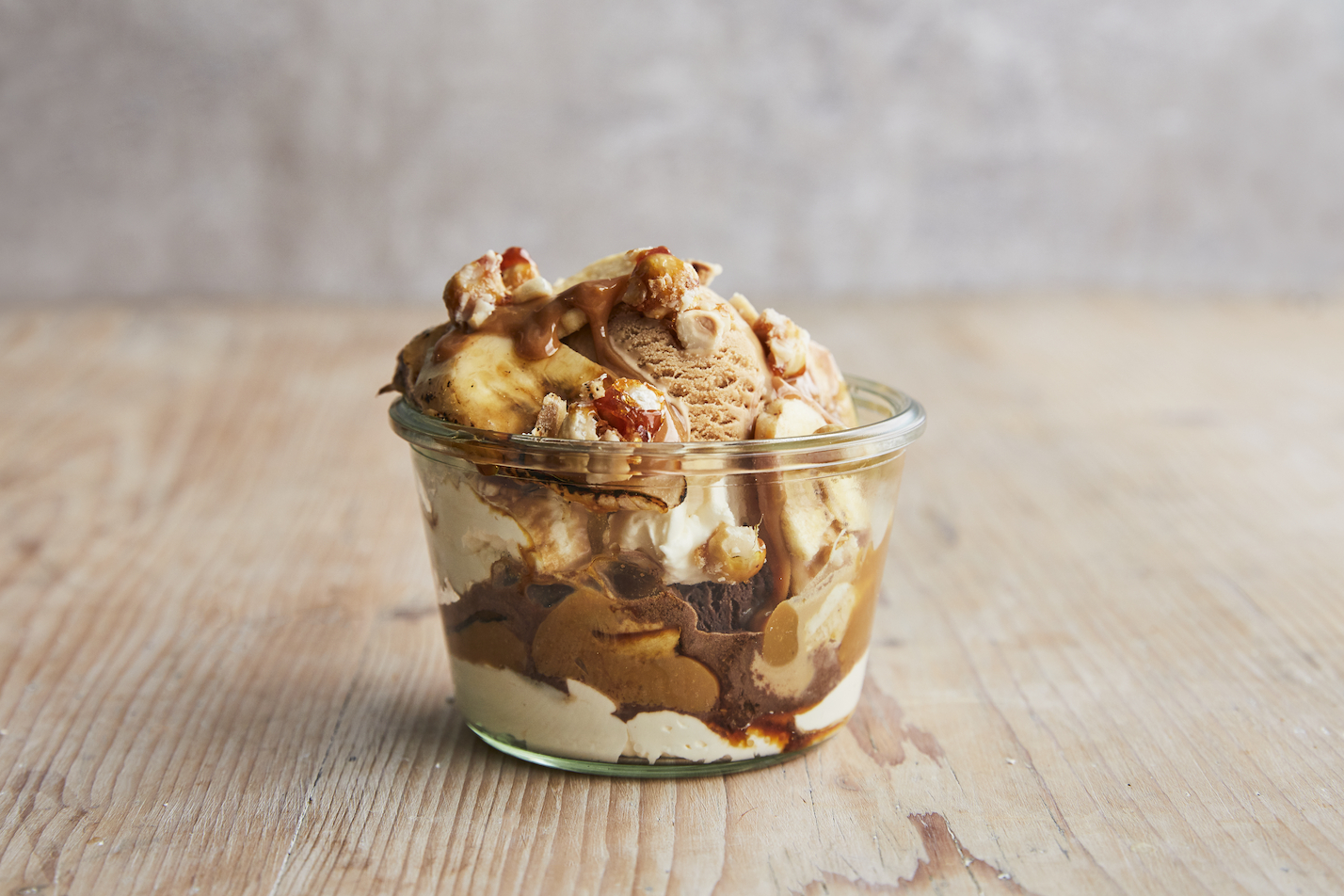 For the longest of time, British celebrity chef Jamie Oliver has been teaching millions of home cooks how they too can be the best home chef.

He’s released a repertoire of cookbooks and cooking shows — think the culinary sleeping hits like The Naked Chef on The Food Network and Jamie Oliver’s Food Tube. But what if we were to say now that you can gorge on his array of all-star meals without having to cook them yourself? Nestled within Siam Discovery, the former Jamie’s Italian restaurant has now transformed into Jamie Oliver Kitchen, the chef’s all-day-dining venue with a new blithe concept. True to nature, it carries a playful, lighthearted sense and comfort-filled deliciousness that genuinely speak of Jamie’s style of cooking. Situated on the ground floor of Siam Discovery, Jamie Oliver Kitchen with its roster of multi-cuisine comfort food exudes an approachable and edible feel that will make you feel downright at home. The new restaurant is the reflection of his worldly palate and culinary experiences from globe-trotting around the world. The food served here also looks exactly as though they’ve traversed through the pages of his cookbooks onto your plate. A flip through his best-sellers proves our statement right.

So, foodies who are obsessed with everything Jamie Oliver, you’re blessedly in for a treat. Recently, we had a chance to check out the space and tried some of the best dishes Jamie Oliver Kitchen has to offer. Here’s a list of must-tries you need to order when you visit. Anything which involves the word “cake” won’t disappoint. Shaped into golf-like balls then flattened before pan-frying, these fishcakes spiked with lemongrass and ginger boast satisfying duo ratios of textures and tastes. Think, creamy to chunky and herbaceous to fishy, in all the right ways. Semi satay, semi kebab, this tender marinated chicken skewer is made for those who cherish anything grilled and charred. The stick comes with a dollop of spiced peanut sauce and a lime wedge for extra vibrancy. Tom yum pizza is not new but there are a few, tried and tested, that will truly nail that Thai sweet & sour flavour profiles. This is one of them. The hole-y dough is smeared with sharp tom yum-inspired sauce and studded generously with mozzarella, tomato, and a medley of seafood like prawns, mussels, clams, and squids Take the idea of a Japanese cold noodle dish and inject it with Caribbean elements and you get this dish of seafood & noodle Salad. Jamie Oliver Kitchen churns out great seafood selections and this is one of the must-tries. The flavoursome seafood skewer made of shrimp, salmon, and octopus is paired alongside a cold salad crafted out of shredded veggies and springy noodles, all coated in sesame and tahini dressing and served cold. It’s a substantial dish that needs no other side. Apart from the Big Mac and Daniel Thaiger’s Cowboy Beef Burger, this Soft-Shell Crab Burger should also make it to your beloved burger list. Here is Jamie’s Thai take on the western fare. Sandwiched between the butter-loaded brioche bun is a whole deep-fried soft-shell crab, watercress, pungent som tam, and a blob of sriracha-spiked mayo. And if that isn’t packed with enough Thainess, a big bowl of papaya salad is also served as a side to add extra oomph to cut the greasiness of the dish. Panna cotta — god bless her — is admittedly usually boring. We didn’t understand why the Italian-native dessert makes it way to a lot of famed restaurants, but a change could be on the cards. Having tasted the one at Jamie Oliver Kitchen, our view on panna cotta changed. Theirs is made of coconut milk and speckled entirely with vanilla seeds for perfumed aroma and a hint of sweetness. Served with juicy roasted pineapple and dried coconut flakes, it is almost as though you’re having a piña colada in a dessert form.

Dining Restaurants Jamie Oliver Bangkok Restaurants
Kankanit Wichiantanon
Writer, Bangkok
Kankanit is a writer by day and a baker by night. If there’s one thing you should know about her, it’s that she can wax poetic about food 24/7. Her daily routine is writing, cooking, eating, repeat. They are the things that inspire her from morning 'til night.
Dining Culture Home