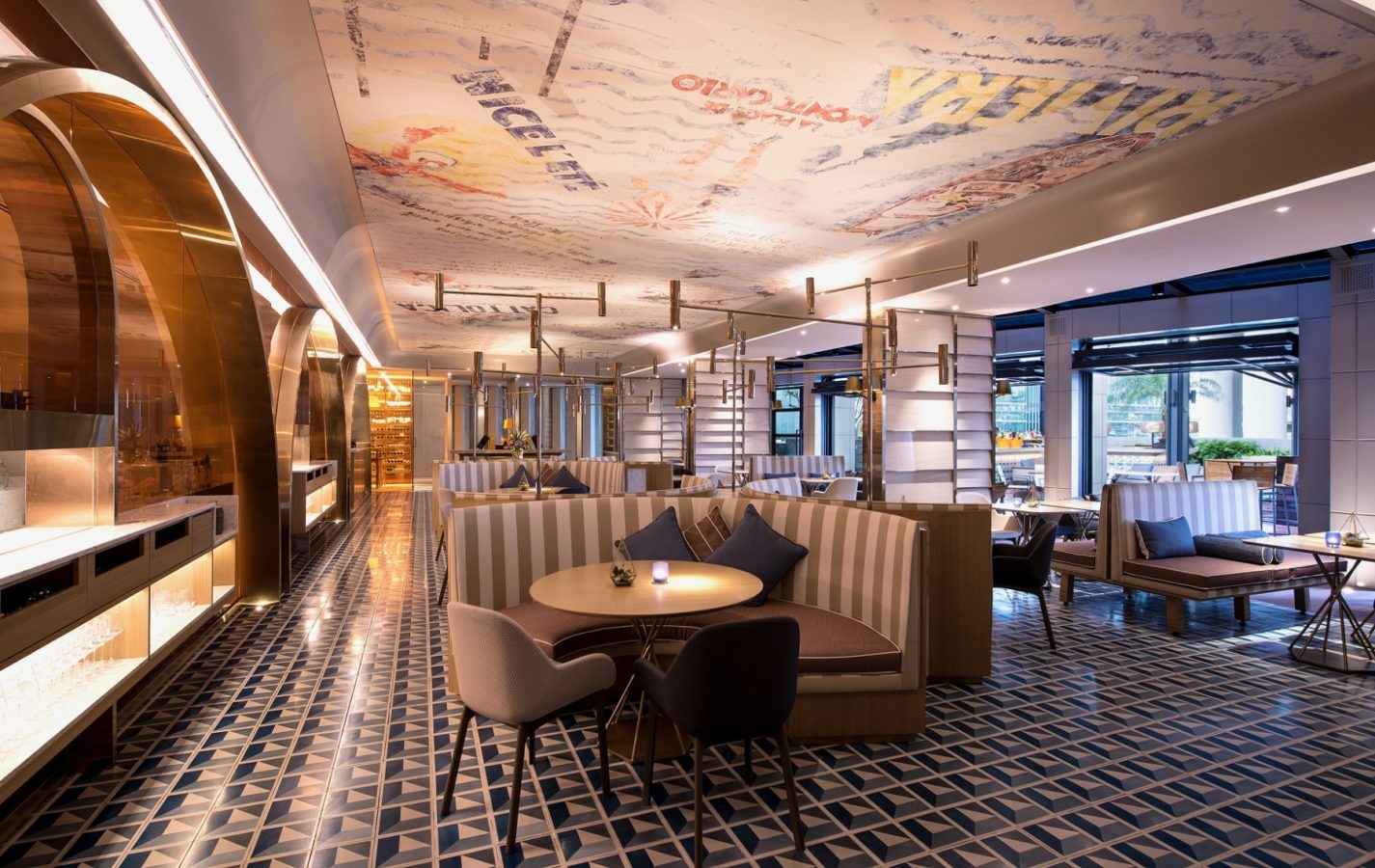 Chef Fabrice Bruto is now the new executive chef of the Sofitel Kuala Lumpur Damansara hotel. With his debut comes a new menu, which we will explore below.

Having already been across hospitality establishments around Europe, America, and Asia, Bruto was also the executive chef at The Langham, Shenzhen. As far as Nizza’s menu is concerned, it already shows a positive introduction of French-Meditteranean flavours.

We had a chance to sample some of the new French-Meditteranean dishes on the menu and suffice to say, it was worth the visit. The eggplant “Capunanita”, as well as the burrata mozzarella, made for some excellent starters, which only further cemented the notion that it was going to be a good evening ahead.

Other notable dishes to look out for in the menu includes its risotto cook in “Bisque” sauce, the potato gnocchi, as well as the Black Angus beef tartare, which we personally tried out. The last dish, in particular, was sublime with every bite. Of course, you’ll have to be comfortable with eating raw food to begin with.

You can choose to either dine indoors or by the alfresco area, which is where you will find the pool and bar as well. As the menu already complements what Nizza is all about, the cocktails it serves will knock it out of the park. A selection of fine wines is also available to go along with your meal.

There two other Asian restaurants in the hotel and it is up to Nizza to carry the mantle as being the speciality restaurant. With the introduction of Chef Bruto, you can expect great things to come from Nizza in Sofitel Kuala Lumpur Damansara.

KL Dining sofitel kuala lumpur nizza
You might also like ...
Food & Drink
Review: Chef Wai ushers spring with surprising pairings of seasonal flavours
Food & Drink
6 new restaurants and cafes to check out in March 2020
Wi-Liam Teh
Senior Writer
Wi-Liam is a geek at heart with a penchant for tattoos. Never without a drink in hand (preferably whisky, gin, or Guinness), he is also a writer by day and a keyboard warrior by night. On his day off, he masquerades as a streetwear and sneakerhead enthusiast while his bank account says otherwise.
Tech Cars Watches Entertainment Food Drinks

5 simple vegetable recipes we are making this season

Having Omega-3 rich food could increase your life expectancy