Reel them in: All the best places for fish and chips in KL

Food & Drink
Reel them in: All the best places for fish and chips in KL
Share this article
Next article

When we think of Malaysia, we instantly think of all the popular staple dishes. Nasi lemak is undoubtedly one of them, making it the de-facto signature dish to have when in our shores. The same can be said for countries all over the world. Canada has poutine; the United States has fast food (amongst other things), and the UK has fish and chips.

It has been around since the 1860s and has been considered one of the most popular dishes in the UK. There are many chippies located all around the UK, each with its own rendition. Some include mushy peas into the foray; others actually replace the usual codfish with catches like halibut, sea bass and more.

While fish and chips may be popular around the UK and Ireland, the same can’t be said for the rest of the world. Fortunately enough, there are a few places in KL that specialise in fish and chips. Of course, your best bet would be to fly over to the UK to have the real deal. As for the rest of us, this will have to do for now.

Be sure to scroll down below to check out the full list.

1
The Laughing Fish by Harry Ramsden

What better way to kickstart the list than with none other than with Harry Ramsden, which has been synonymous with fish and chips since 1928. Its location at the High Line Roof Top Market at Sky Avenue, Genting Highlands features an in-dining pub and restaurant as well as a takeaway counter. The Laughing Fish offers two different choices of Northern Atlantic fish — haddock or cod and it comes with a side of double-cooked chips and your choice of either mushy peas, gravy, or curry sauce. 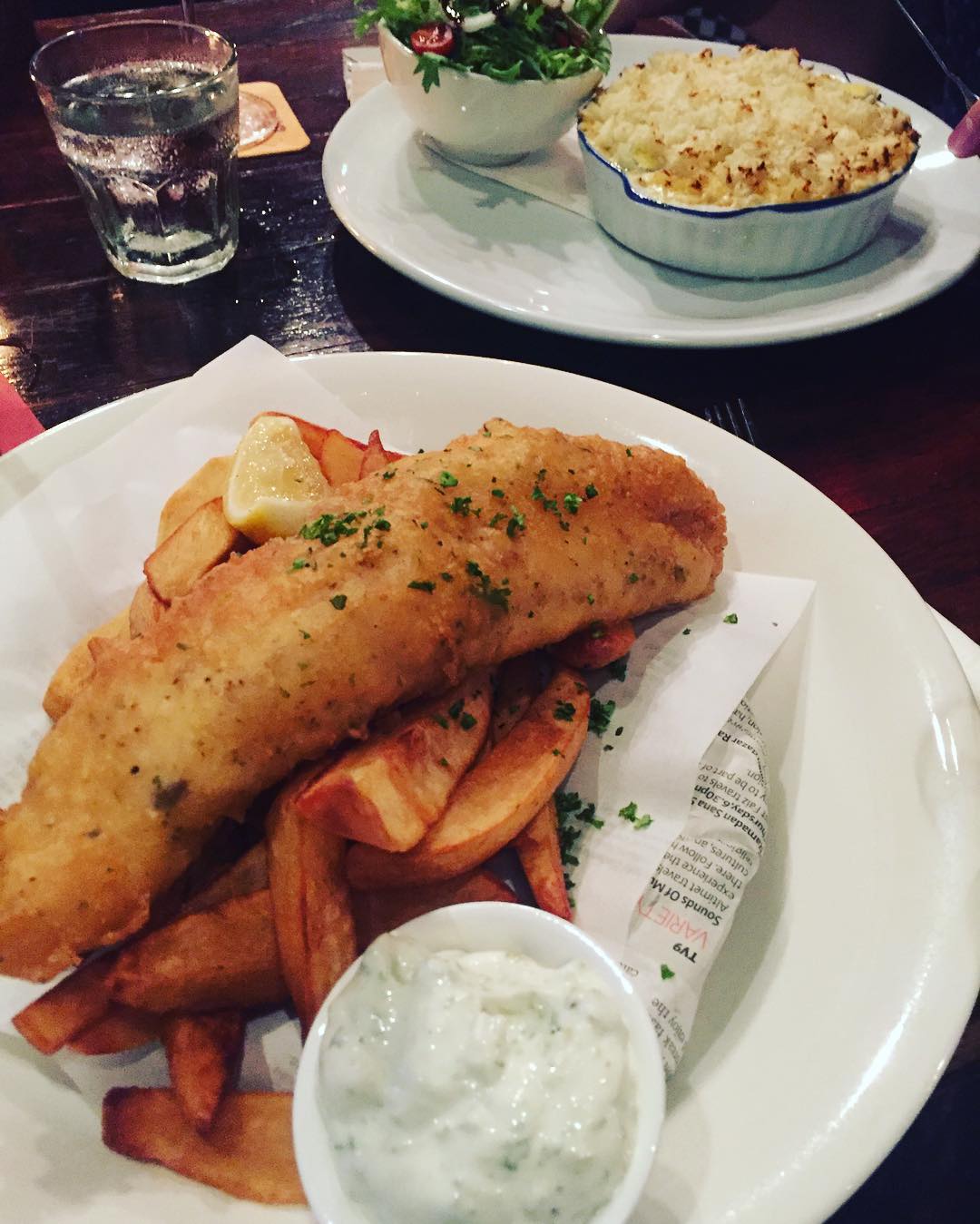 The Magnificent Fish and Chips bar has been a staple at Changkat, Bukit Bintang for many years now. It serves up traditional British pub grub, which ranges from Sunday roast to homemade pies and even various old-school favourites. However, the main selling point of The Magnificent Fish and Chips bar is, of course, it’s fish and chips. There are four different choices of fish, which are butterfish, barramundi, Icelandic cod, and the fish of the day. To finish off the meal, double-cooked chips with a healthy serving of tartar sauce. 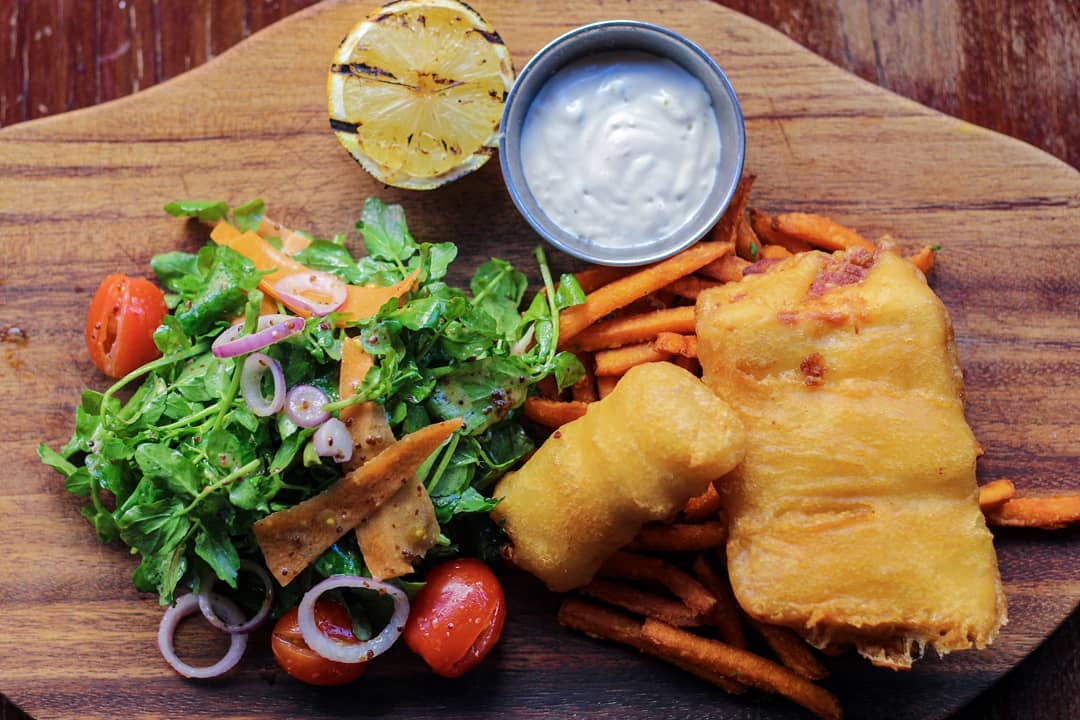 Strategically located in the heart of Jalan Telawi in Bangsar lies Bait, a haven that will satisfy all your seafood cravings. Bait acts as both a bar and a restaurant where one can throw back copious amounts of shots coupled with fresh oysters. It also serves up its own rendition of fish and chips with your own choice of beer-battered Australian Mulloway or New Zealand blue cod. Bait also replaces the regular chips with sweet potato chips, remoulade dip, and a flinders mix salad. 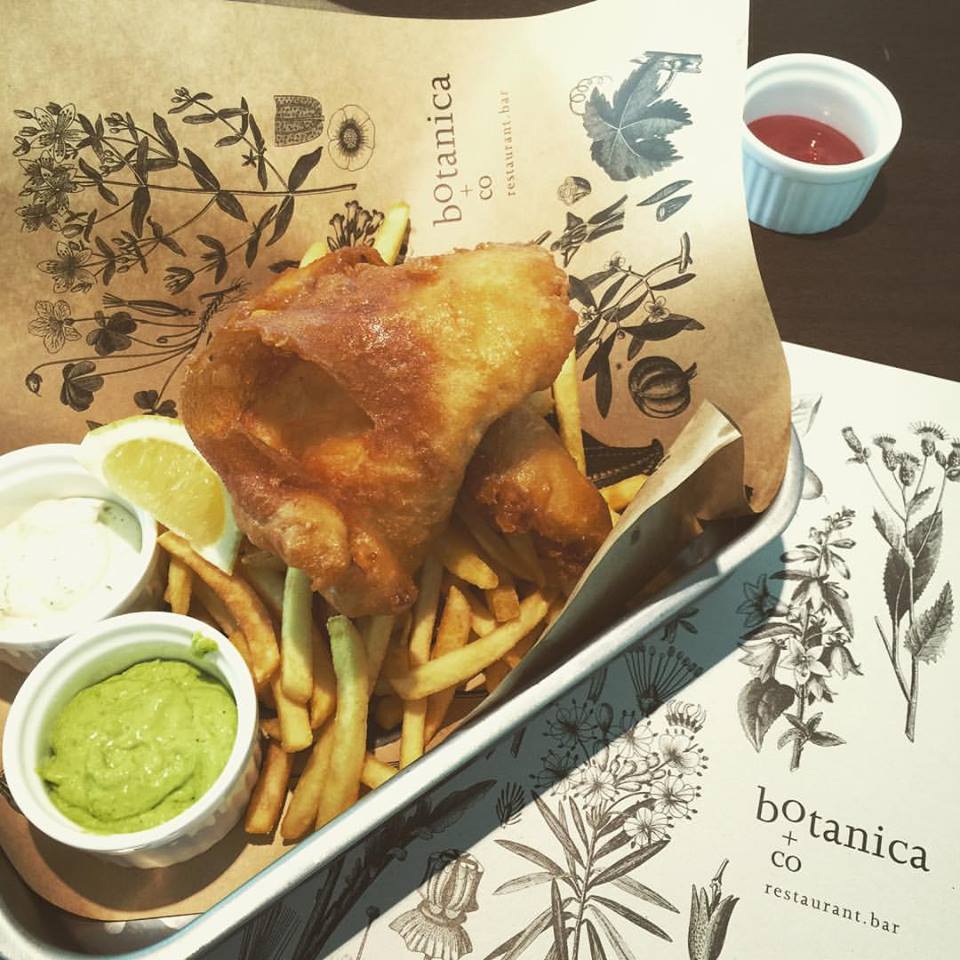 With two locations located just a stone’s throw away from one another, Botanica + Co is one of the more popular locations that many will head to for brunch and dinner. Its focus on local produce and quality ingredients has allowed Botanica + Co to become a staple location for many. Its extensive menu may look intimidating but its halibut fish and chips are definitely something else, coupled with steak fries and tangy tartar sauce. 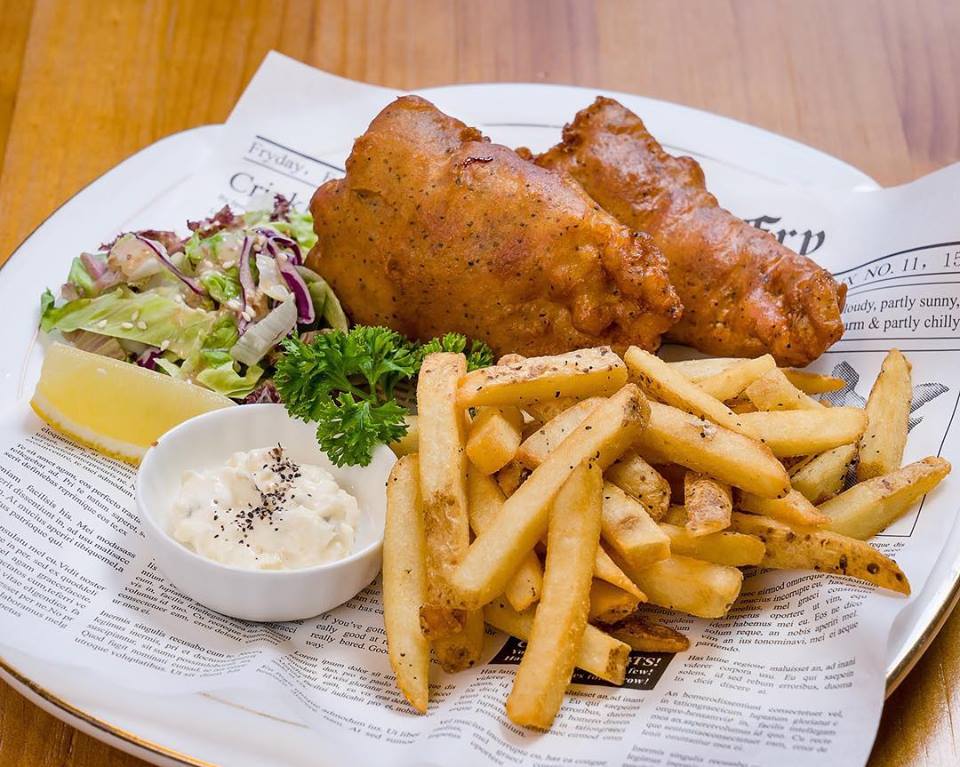 Eatomo Food Co is known for serving up Japanese comfort food to a varying degree with the main theme of the menu being seafood. Whether its sashimi or poke bowl, Eatomo does it well from the get-go with its Japanese-fusion cuisine. However, that is not all Eatomo has on the menu as fish and chips are one of its more underrated dishes. Coated in beer batter, the crisp and lightly fried halibut comes with a good serving of chips, salad, and of course, tartar sauce.

Where to Eat in KL fish and chips where to eat in bangsar where to eat in genting highlands
Wi-Liam Teh
Senior Writer
Wi-Liam is a geek at heart with a penchant for tattoos. Never without a drink in hand (preferably whisky, gin, or Guinness), he is also a writer by day and a keyboard warrior by night. On his day off, he masquerades as a streetwear and sneakerhead enthusiast while his bank account says otherwise.
Tech Cars Watches Entertainment Food Drinks