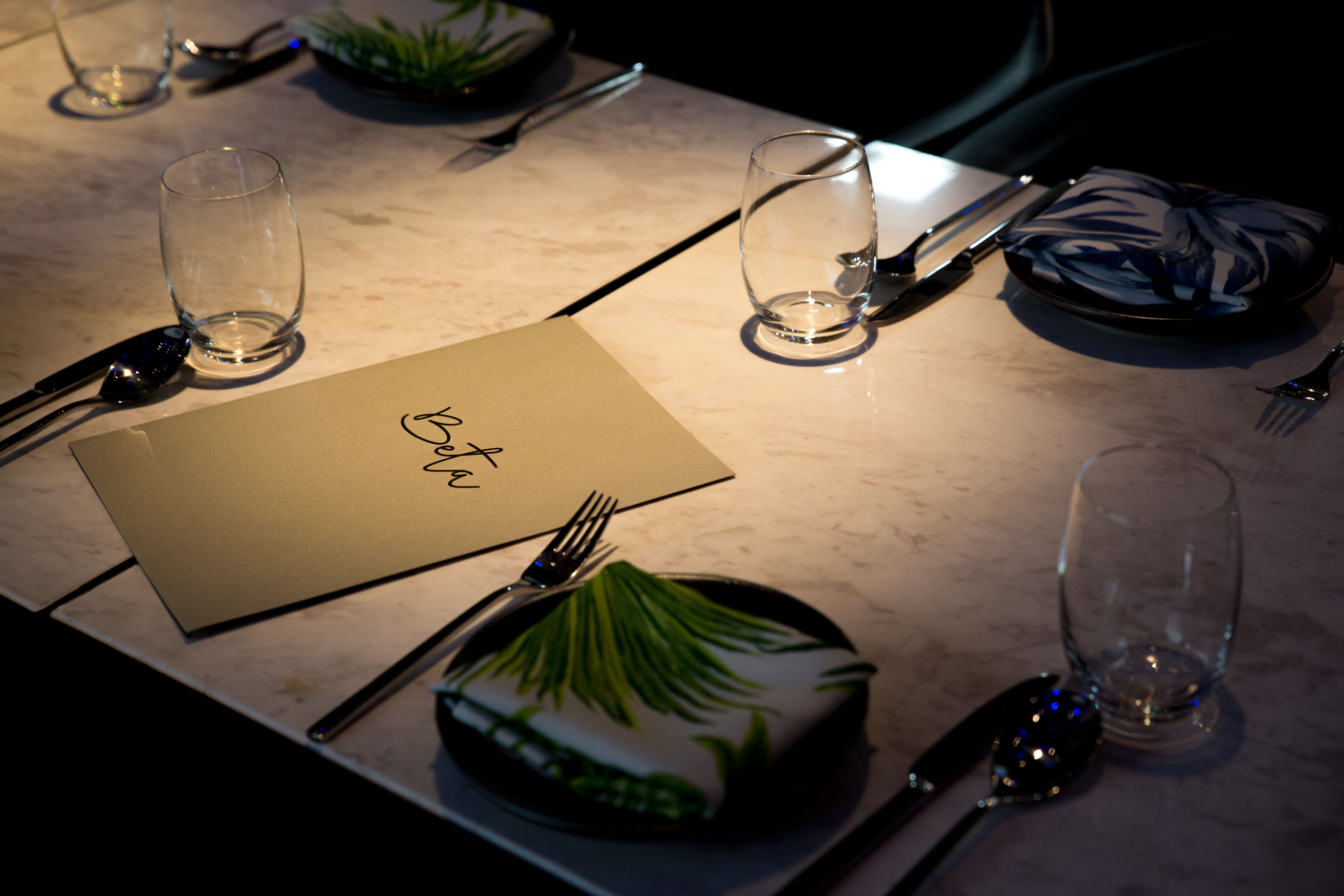 Review: Beta KL explores all corners of Malaysia with a contemporary twist

Food & Drink
Review: Beta KL explores all corners of Malaysia with a contemporary twist
Share this article
Next article

When we think of Malaysian cuisine, the most delicious ones usually hail from hawker stalls in elusive street corners. Rarely do we associate our local delicacies with what we would find in fine dining restaurants or Michelin-star guides. Precisely because of that gap in the market, the folks behind Beta KL decided to focus their restaurant’s menu and theme on fine Malaysian cuisine.

The owners of this new restaurant in town are also the founders of Skillet at 163, famed for their chocolate desserts. With Beta KL, they decided to go back to their Malaysian roots, bringing a modern twist to our favourite hawker fare. Think Sarawak laksa but in the form of a cracker, or the iconic Penang sotong kangkung dish substituted with scallops and dehydrated kangkung powder. Sounds interesting enough? Read on to find out more about Beta KL.

Located in Fraser’s Place, Beta KL is just a few hundred metres away from its sister restaurant, Skillet at 163. The restaurant is sprawling and there are four distinctive areas within its space. As you walk through the red door covered in leaves, the first thing you will see is the wraparound bar with its high drawers. To the right is an elevated seating area, where patrons are meant to adjourn to for cocktails and drinks after finishing their dinner.

Further ahead is a sunlit area with checkered floors, rattan chairs, and leafy plants for a casual dining experience. The other dining area is also particularly memorable with its painted mural — which makes the perfect backdrop for your pictures.

Beta KL’s cuisine is inspired by the four regions of Malaysia: North, east, south, and central. There isn’t a tasting menu, but patrons are instead encouraged to share the appetisers and mains — much like the typical Malaysian way of eating.

We start off with small bites (named Ringan in the menu; Malay for “light”). Ox Tongue (RM27) is a Malay-influenced dish — spicy, laden with turmeric, but topped on toast for a Western twist. Sago (RM30) is essentially Sarawake laksa on a cracker. East Malaysia’s iconic sago has been refashioned into a keropok (deep fried cracker) with laksa aioli, topped with shrimp. When consuming them together, the flavours certainly bring to mind a bowl of Sarawak laksa, except with a completely different texture.

The modern improvisation continues in the mains, where we sampled Scallops (RM60), a high-end interpretation of the popular Penang hawker dish sotong kangkung. Squid is replaced with succulent scallops, while the kangkung (water spinach) is dehydrated into a powder form, dusted atop a cracker.

The soft shell crab (RM45) is also a guaranteed crowd favourite, simply because it’s such an easygoing dish of deep fried soft shell crab with a smattering of ginger and chilli.

Beta KL does fowl play rather well too, as the Chicken (RM45) and Duck Leg (RM60) prove. The chicken is sous-vide to tender perfection, blending well with the ginger pesto and coriander. Have it with a bowl of rice on the side and it would feel like an elevated version of your favourite chicken rice.

As for the duck leg, it is first cooked confit-style before being given an oil bath, which is why the skin has a crisp bite to it. We were advised to have the duck with a side of roti canai — an interesting pairing, but one that worked out surprisingly well.

Naturally, we wrapped up our meal with desserts. Banana (RM38) is an aesthetically-pleasing upgrade to the humble banana fritters snack, and comes in the form of banana chips, condensed milk ice cream, and peanut crumble on the sides. It is also delightful on the tastebuds, providing a sinfully sweet finish to an already delightful meal.

Up the dessert ante if you like, to something luxurious: Bird’s Nest (RM80). The dessert is visually reminiscent of Skillet at 163’s iconic Textures of Chocolate dessert, particularly its sphere. For the Bird’s Nest, you will find its most expensive prize hidden inside the coconut sphere. But to get to it, you will need to sit back and appreciate the show of cloudy dried ice surrounding the dessert. Finally, break open the coconut sphere and enjoy your bird’s nest within.

Beta KL is, without a doubt, one of the rare few restaurants that have dared to reinterpret Malaysian cuisine as something refined and modern. Couple that with a swanky setting, and you have yourself the latest and hottest place in town to wine and dine at. It’s also worth checking out for its cocktails, which are crafted by the same team that was previously at Birch. Similar to the food menu, the cocktail menu also takes on inspiration from the four corners of Malaysia.

Food & Drink
8 new restaurants and cafés in KL to dine at this February 2018
Cocktails in KL birch kl birch beta kl skillet at 163 malaysian cuisine modern malaysian food modern malaysian cuisine duck confit sotong kangkung sarawak laksa sarawakian laksa
PohNee Chin
Editor, Kuala Lumpur
Poh Nee is the editor and writes about travel and drinks. When she's not living out her holiday dreams via Google Earth and sipping on an Old Fashioned down at the local bars, you can find her snug at home bingeing on Netflix and mystery fiction.
Travel Drinks
Sign up for our newsletters to have the latest stories delivered straight to your inbox every week.