These 7 restaurants have the best biryani in KL

The kind of comfort food in Indian cuisine is not chapati or naan, but a plate of aromatic rice cooked in a melange of herbs and spices together with succulent meat that simply melts in the mouth — better known as biryani. There are many renditions of biryani recipes that transcend through generations across the Middle East to Southern India. Distinct in flavour, Middle Eastern biryanis are usually drier with distinct flavours of chilli, coriander and cumin. The Lucknowi biryani from Northern India has its meat and rice cooked separately, with a subtle fragrance of spice like saffron, star anise and clove. While the Hyderabadi biryani is usually loaded with meat (both raw meat and rice are cooked together) but its strong spices and sourness define this dish.

What we have in Malaysia, however, is a localised version with the Hyderabadi recipe as its base. From an unconventional version highlighting roasted pork belly to biryani rice cooked in bamboo and even a whole coconut, KL folks are spoilt for choice when it comes to satisfying their cravings for the most delicious biryani in town. Here’s our list of seven biryani places to try in KL. 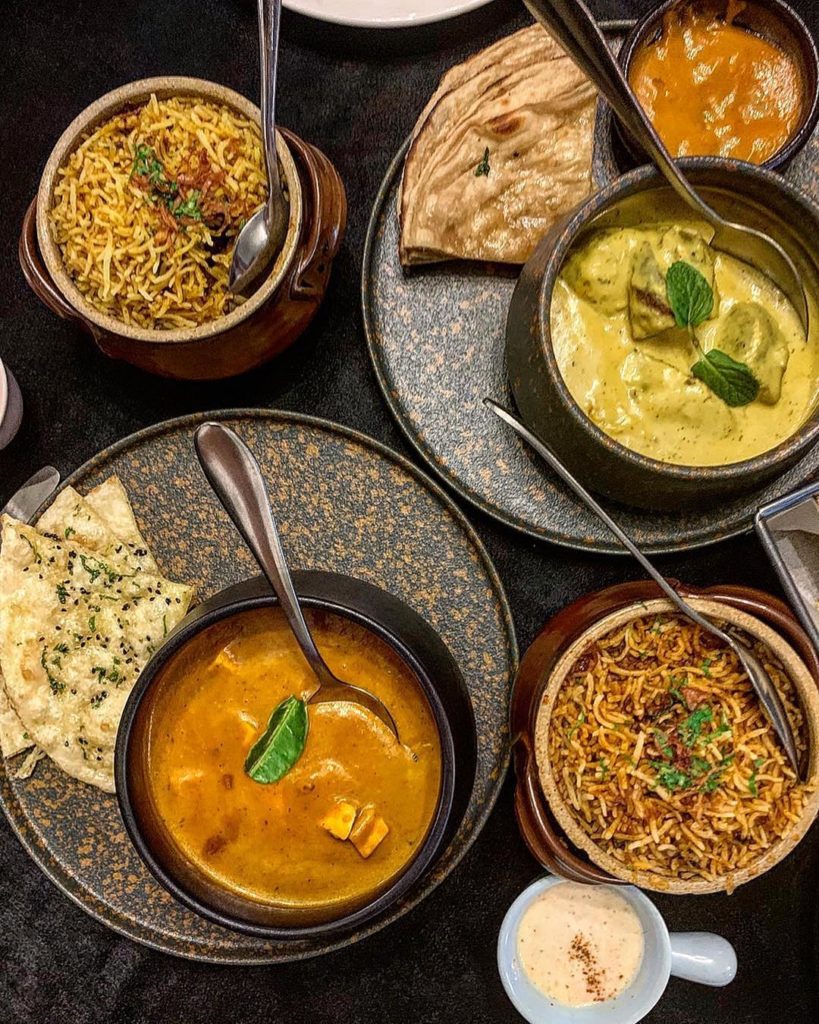 Dining at Flour is a hearty affair but it’s never complete without having its rice dishes. Flour serves its take on North Indian Biryani that’s chock-full of tender meat that’s marinated in yoghurt. The lamb biryani is highly recommended and goes best with a side of palak paneer and a cup of hot chai. (Photo: Source) 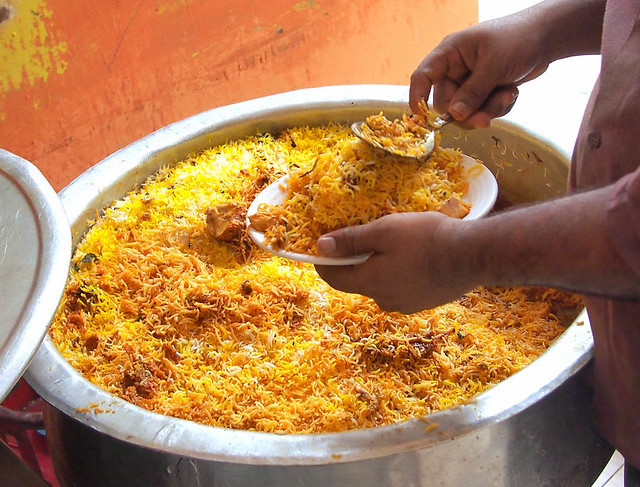 Walking into the restaurant, you’ll be greeted by the mouthwatering aroma of spicy masala leading the way to this nondescript space. Enjoy fluffy saffron-flavoured rice with spices that waft through the dining area, the same way you’d find in these biryani restaurants in Hyderabad. Have the chicken biryani with a side of brinjal kurma that’s extra velvety in a mildly spicy sauce. 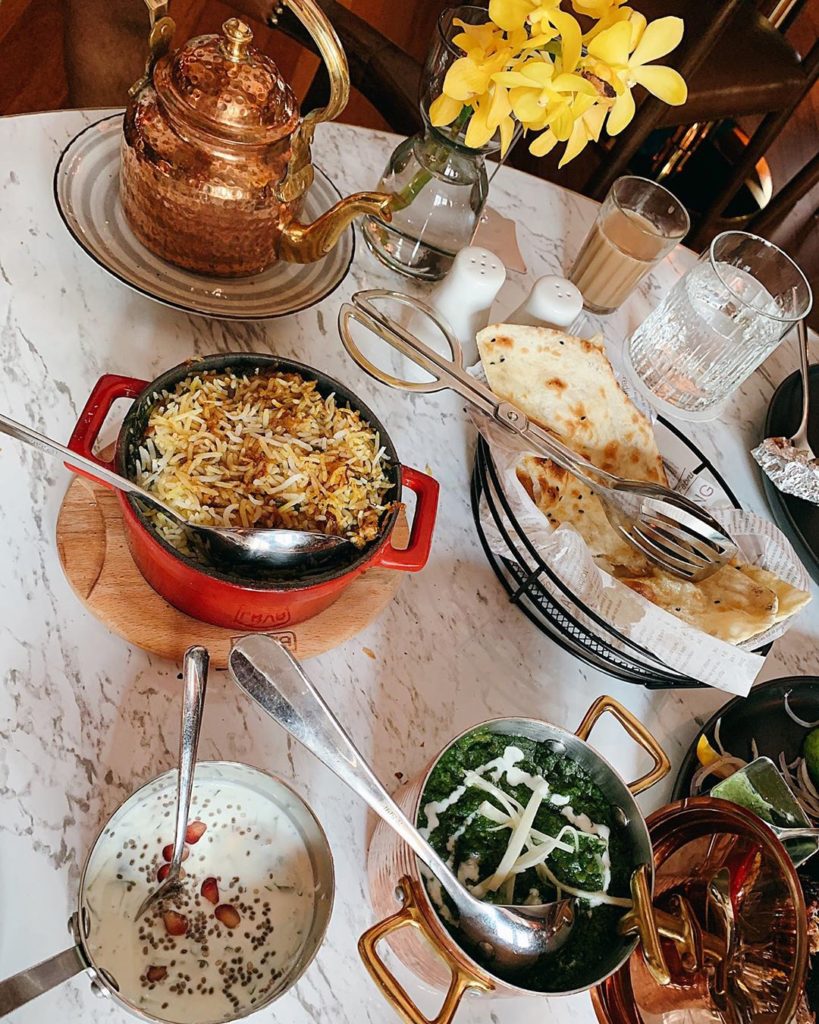 The newly opened Frangipaani is known for its crafted cocktails and a bevy of delicious authentic Indian dishes like Rojan Josh, Makhani and Masala. And these dishes are not complete without rice. Go ahead and complement your meal with either Frangipaani’s Vegetarian Biryani or Mutton Biryani — both layered with spices with either chunks of vegetables or meat, served with sweet yoghurt and pomegranate seeds on the side. (Photo: Source) 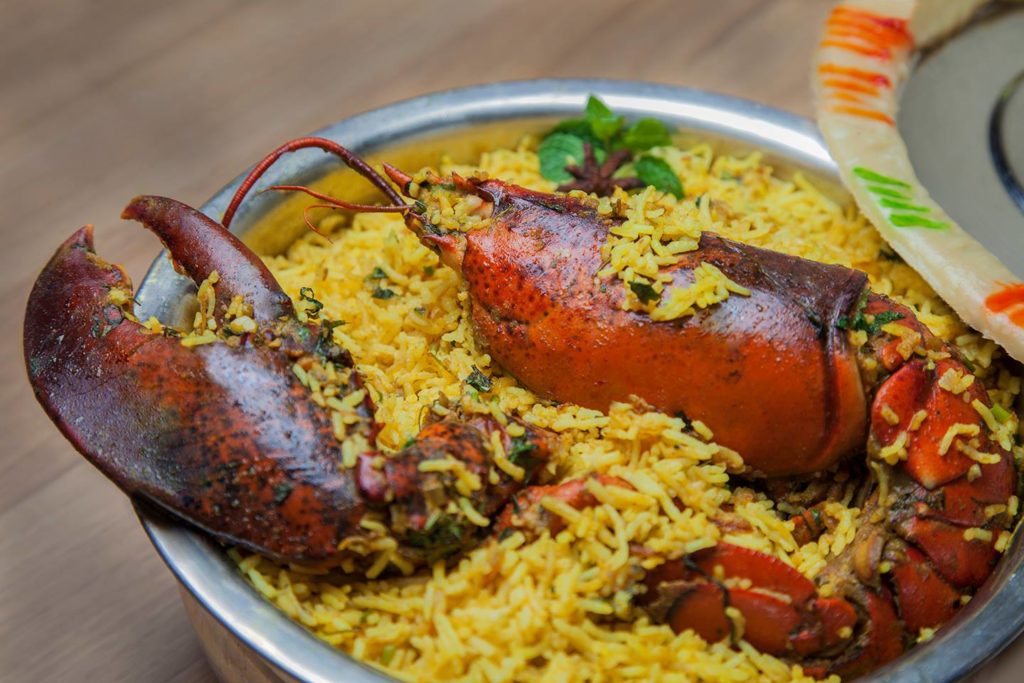 If you’re in Bangsar, head over to Fierce Curry House for its delicious Hyderabadi dum biryani. The rice is cooked in a metal pot that’s sealed with dough on the sides to lock in moisture. Inside, a choice of meat like mutton, chicken and fish are steamed together with the long-grain rice, allowing the flavours to marry together with the spices. If you have a big appetite, go for the specialty Bir-Nana set that’s pretty much a biryani dish served banana-leaf-rice style. Or go for the Lobster Biryani is you fancy to splurge a little. 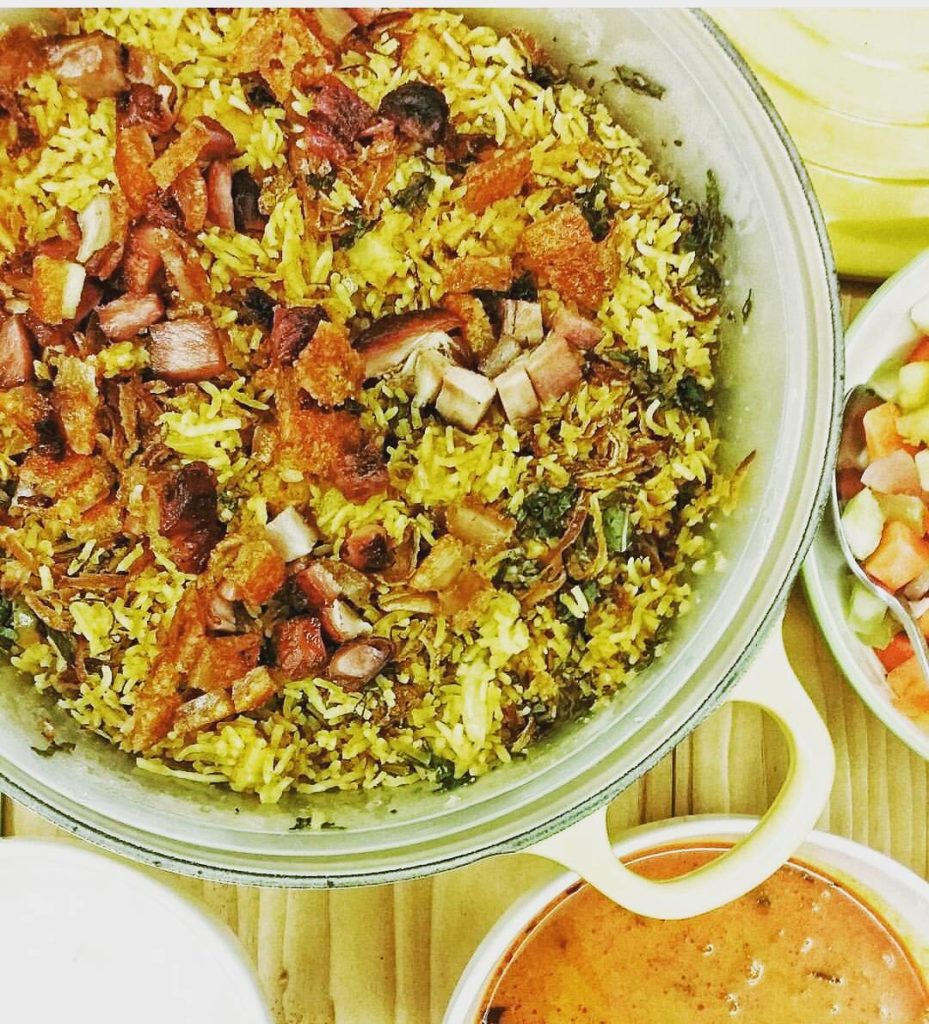 It is now possible to have your favourite North Indian cuisine with pork. Think pork ribs rogan josh and roasted pork belly ‘siew yoke’ biryani. When cooked together, the fats melt from the pork and flavour the rice — leaving an irresistible fragrance you’d get in your hokkien mee. The dish comes with a helping of pork crackling and pol sambol. 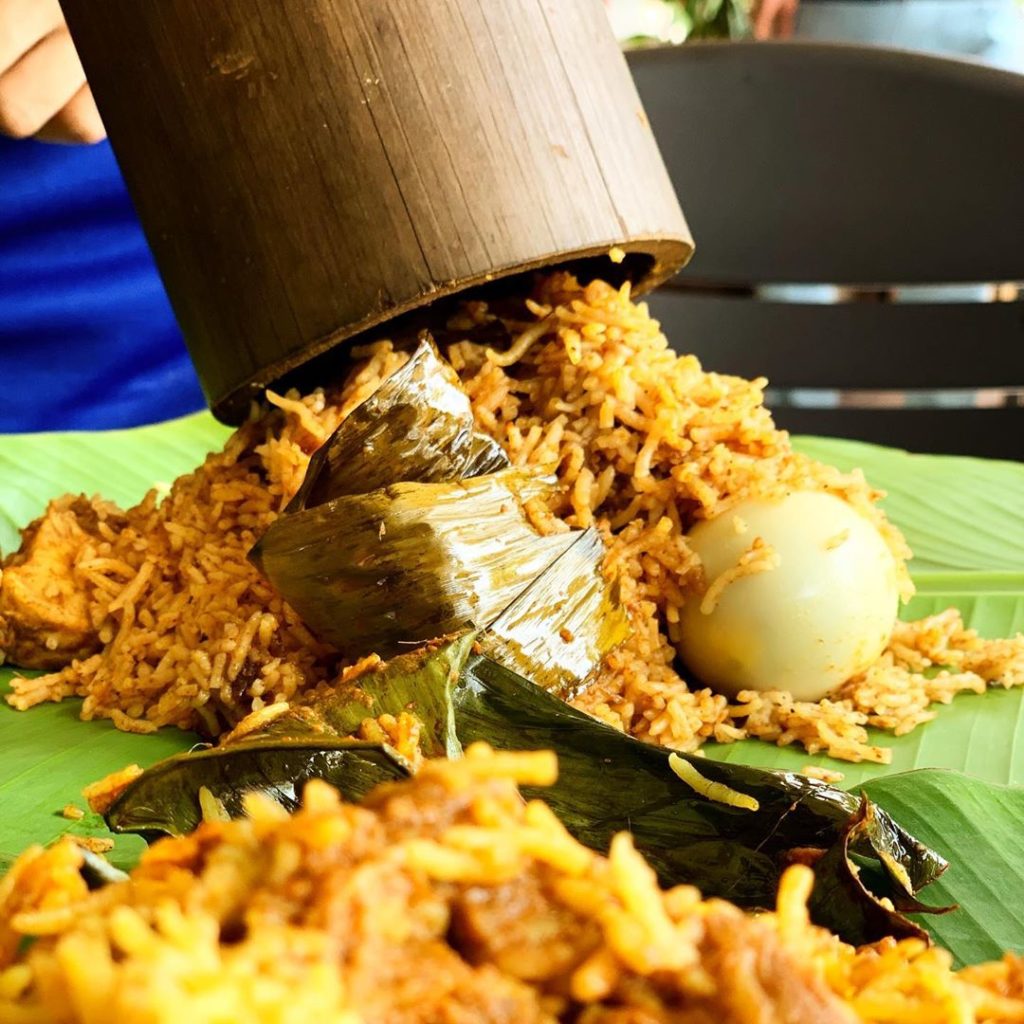 For something unconventional, nasi biryani stuffed in bamboo is definitely something to try. The rice is cooked with either chicken, seafood or mutton — leaving a lingering smokiness and aromatic flavour. On top of that, everything that’s cooked inside the bamboo comes out beautiful; rice is fluffy and meat is juicy. Enjoy with a side of pickled vegetables and cucumber raita. The main branch is in Klang but you can also get your bamboo biryani cravings fixed at its outposts in Setia Alam, PJ New Town and Johor Bahru. 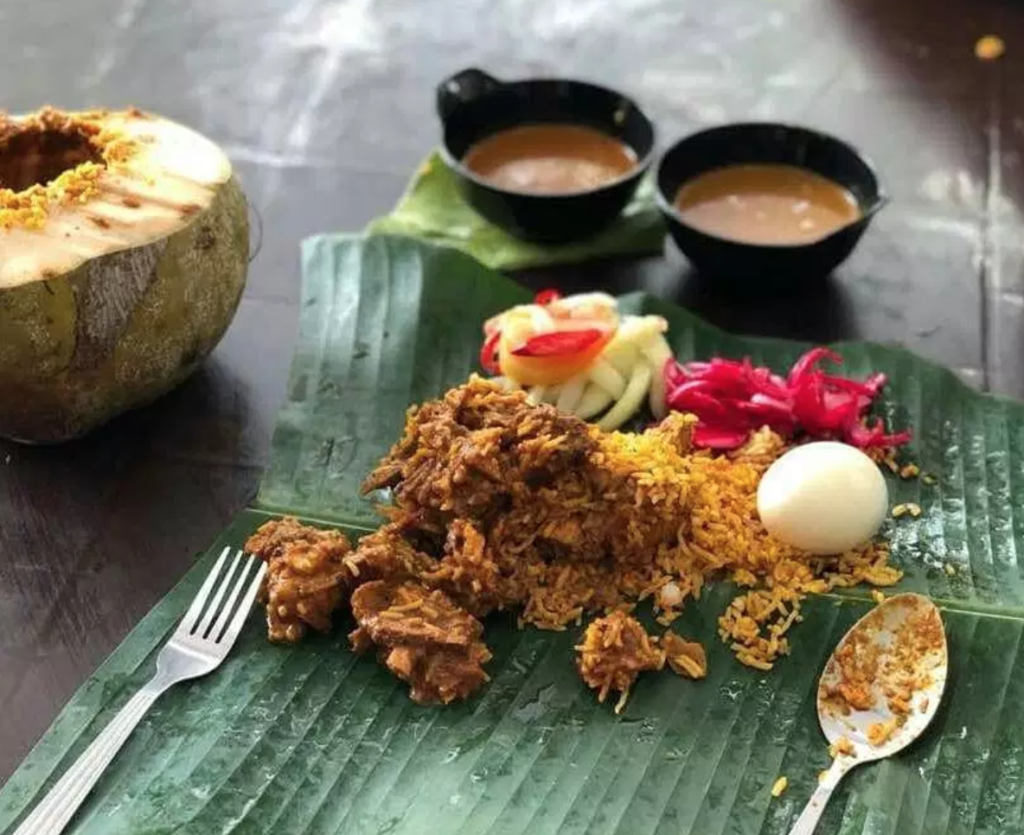 What’s unique about this place is, unlike any other biryani shops, Tengga serves its biryani in a coconut. The Coconut Biryani is the owner’s family recipe that has been kept for over 50 years. First timers should order the mutton version that has thigh cutlets cooked for hours to ensure its succulent and tender texture. A side of pickled onions gives the dish just the right amount of acidity too.

Where to Eat in KL KL foodies best biryani in kl bamboo biryani coconut biryani
Martin Teo
Editor
Martin has a bent for history and food culture, especially of the Peranakan heritage. Since the pandemic, he finds joy in plant parenting and continues to expand his collection of Philodendrons, Anthuriums, and Syngoniums. He's now on a lookout for the elusive Philodendron Florida Beauty to add to his urban garden.
Dining Living Home