When it comes to street food, Malaysia is and will always be a frontrunner in this category. Forget what the Netflix documentary knows because as far as many locals at home and abroad are concerned, we deserved a place on that list. But with bygones being bygones, it’s time to move on and focus on the present. Ramly burgers — a.k.a street burgers — are a staple amongst many Malaysians and it is the epitome of what street food is all about.

It takes a certain level of skill to create the perfect ramly burger, which is why many owners have spent years perfecting their craft and getting the flavour just right. Of course, these differ from your gourmet burgers, which quite frankly utilises ingredients that your everyday person cannot pronounce or even comprehend.

The greatest part of ramly burgers is that they are best eaten at night, whether it’s for dinner or supper. Most stalls would open from dinner onwards until the wee hours of the morning, which is the perfect time to grab a bite when you’re done throwing back a few drinks.

Scroll down to check out the full list of all the best ramly burgers you can find around KL and PJ. 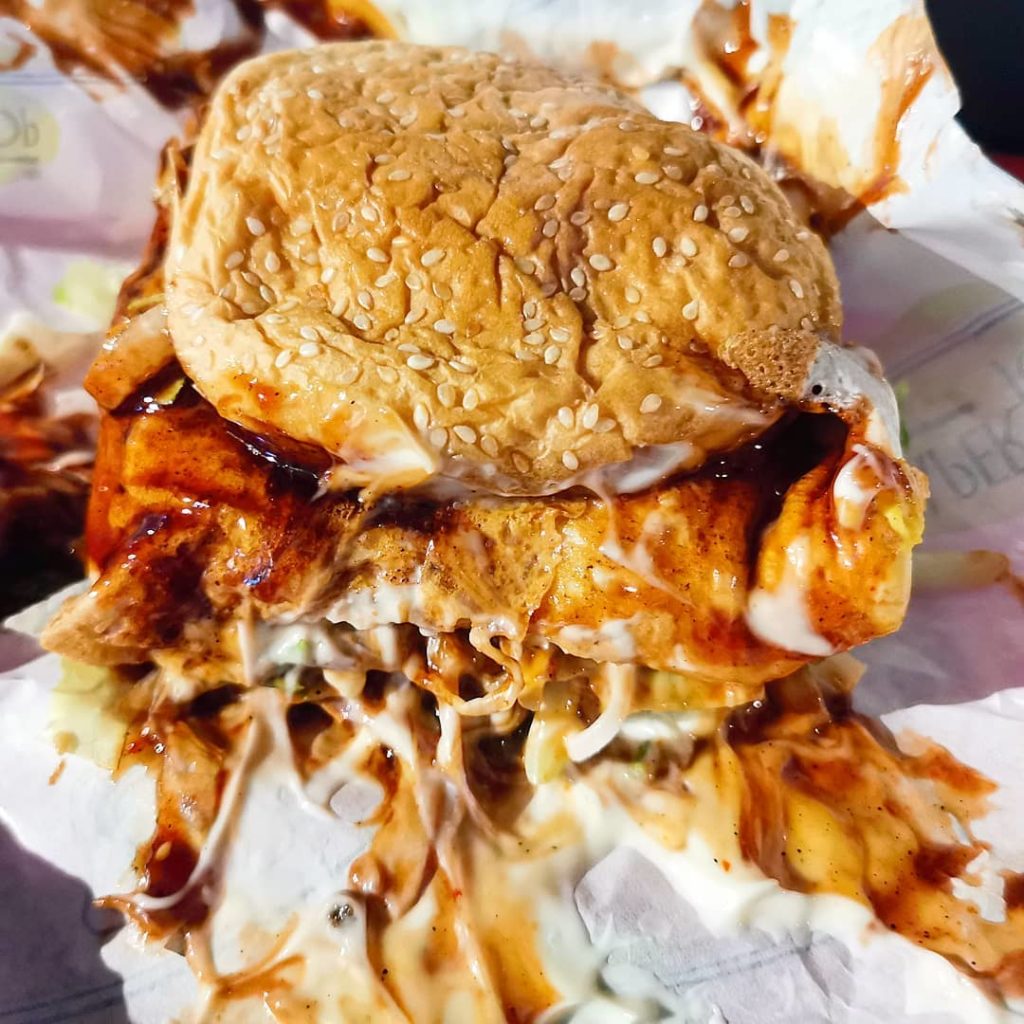 A household name in the neighbourhood of Damansara Uptown, Brader John Burger is one of the longest standing ramly burger stalls in all of Petaling Jaya. It started out in 1996 from a small stall and has since upgraded into a food truck while still keeping its quality of street burgers consistently delicious. Brader John Burger is also notorious for having long queues but do not let that deter you as its menu of locally-crafted burgers are to die for. Every burger also comes with a helping of its signature ‘special sauce’, which just makes the meal all the more worth it. 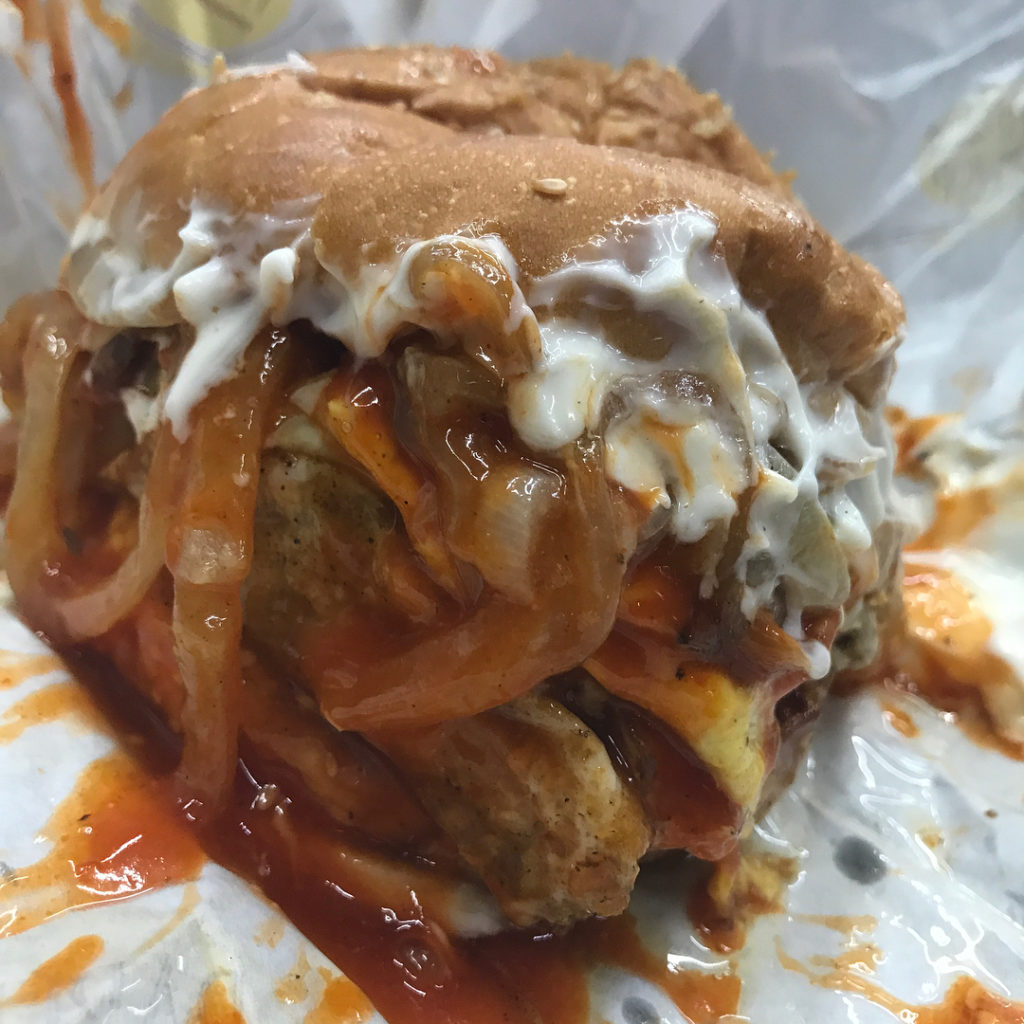 OM Burger is the quintessential ramly burger in all of Kuala Lumpur, don’t even @ us. However, I digress… back to the topic at hand. OM Burger is one of the oldest ramly burger stalls around town and it sticks to the age-old tradition of the OG ramly burger stalls — operating in front of a 7-11. The flat iron grill also serves a unique purpose as it is capable of soaking up the oil and grease from the previously cooked burgers to maintain a level of grease and flavour like no other burger. This is due to a small indent made at the centre of the grill where the burger are cooked. OM Burger is known for having greasy and drip-down-your-forearm greasy burgers while still packing a punch from its flavour. 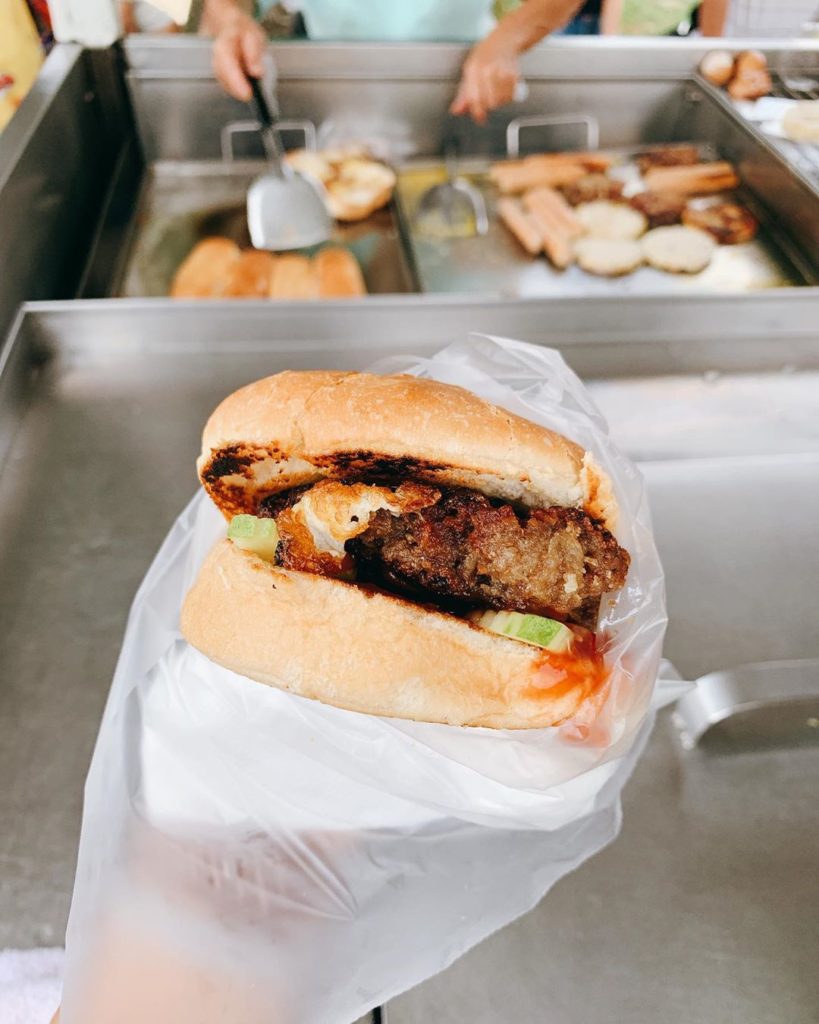 If you’re looking for the real OGs in the game of ramly burger, look no further than Jackson’s Burger, which has been in operation for nearly 50 years. Built by a husband and wife duo, Jackson’s Burger is the only ramly stall that operates during the day rather than the conventional night time setting. While the menu is pretty limited, rest assured that each burger is cooked to perfection as every patty is homemade from scratch. Zam Burger is another popular joint for late night street burger lovers, known for its thick and juicy patty that is dripping with grease and sauce. Zam Burger is known for its trio of royalty burgers, aptly named “Super King”, “King”, and “Queen” burgers. It also employs the use of homemade patties instead of the usual store bought patties. This allows each and every burger to pack as much flavour as it possibly can, giving you a new taste to look forward to with each bite. 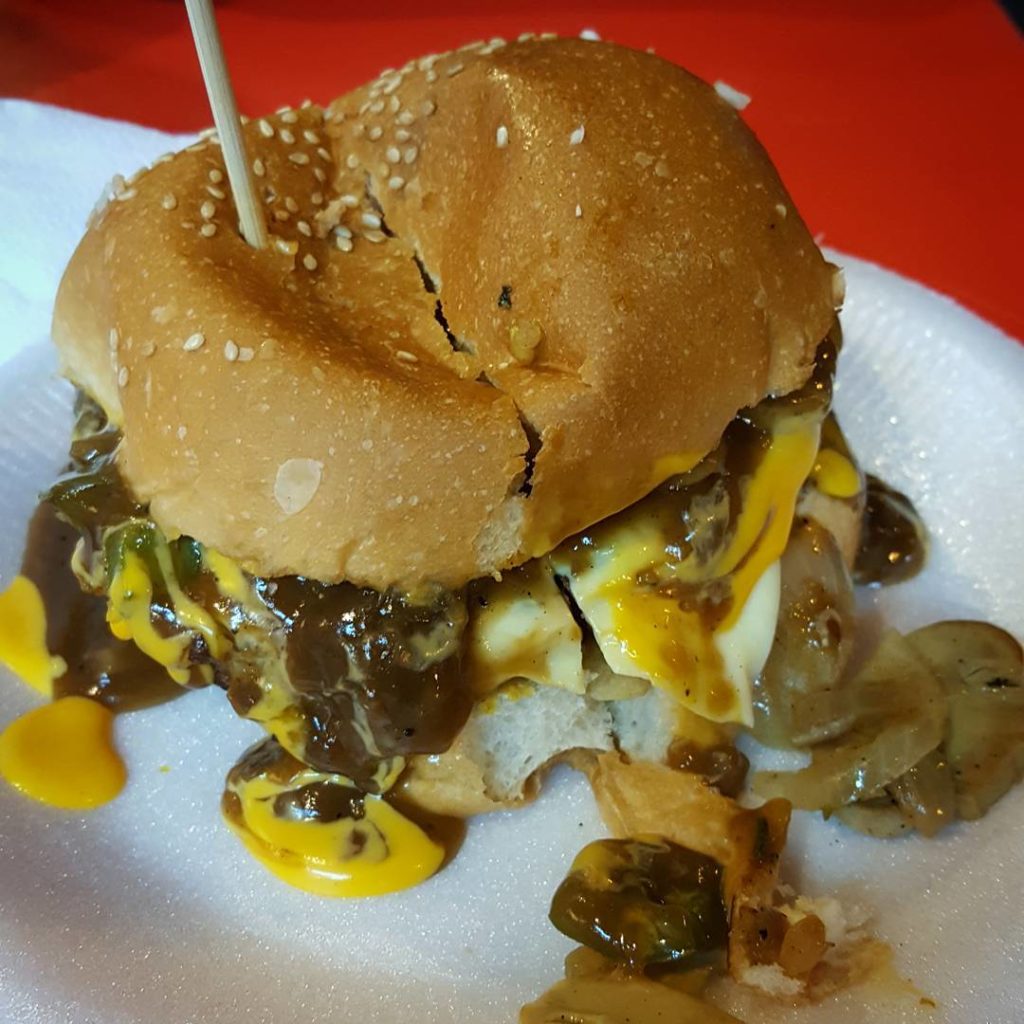 SS15, Subang Jaya is home to many good and affordable eats, one of which is The Burger Shop located right in front of the morning market. Many ramly burger stalls have come and gone over the years but The Burger Shop has remained to be the only constant in the lives of the surrounding neighbourhoods who will fill their hunger pains in the wee hours of the morning. For close to 20 years, The Burger Shop has operated out of the same location, upgrading from a small stall into a food truck and finally purchasing its own shoplot for customers who prefer to dine-in. The menu at The Burger Shop is also extensive with many different types of burgers and hot dogs, ranging from your regular chicken and beef burgers to jumbo burgers and hot dogs, and even other patties like lamb and fish. 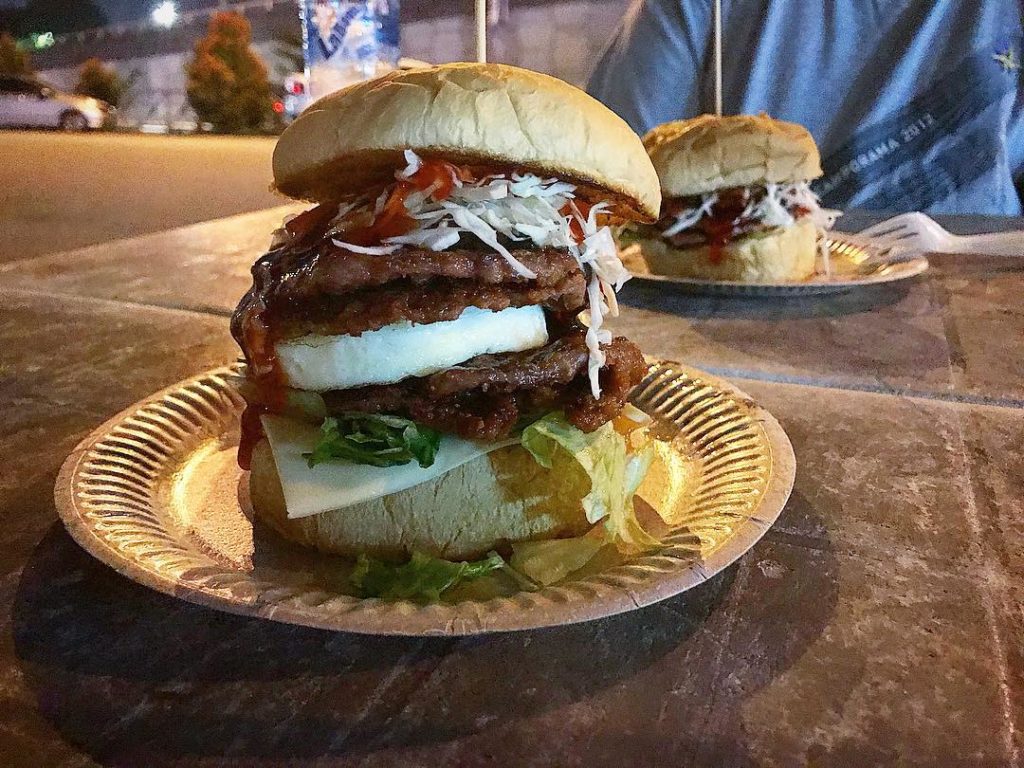 Of course, competition is always healthy and that is what D’New Burger is doing by parking itself right behind The Burger Shop in SS15, Subang Jaya. But what D’New Burger does differently from its direct competitor is that its patties are homemade and grilled, giving it a much greater flavour profile with every bite. Unfortunately, grilling burgers will take much longer than your regular ramly burger patties so patience is a must. Also, be prepared for an over abundance of sauce and cheese as D’New Burger is known for being overly generous with its condiments. 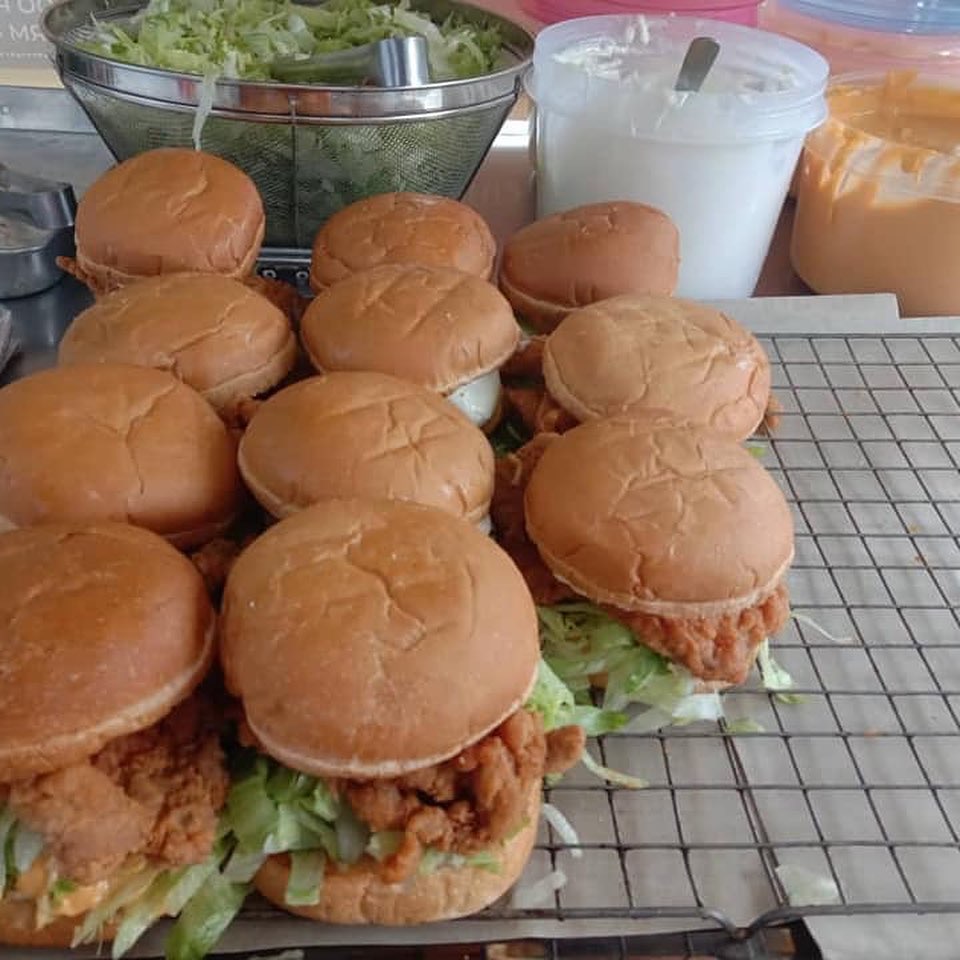 Located just five minutes away from SS15 is Bandar Sunway, a township of Subang Jaya and where the acclaimed Sunway Lagoon and Sunway Pyramid resides. Also part of the Bandar Sunway image is Burger Baek, a humble burger stall located in one of the neighbourhoods of Bandar Sunway. Burger Baek has been in business for close to 20 years, perfecting the fried chicken burger, which was a family recipe. Burger Baek also strays away from the norm of drenching its burgers in sauce. It actually gives you a modest amount, allowing its fried chicken to shine through. 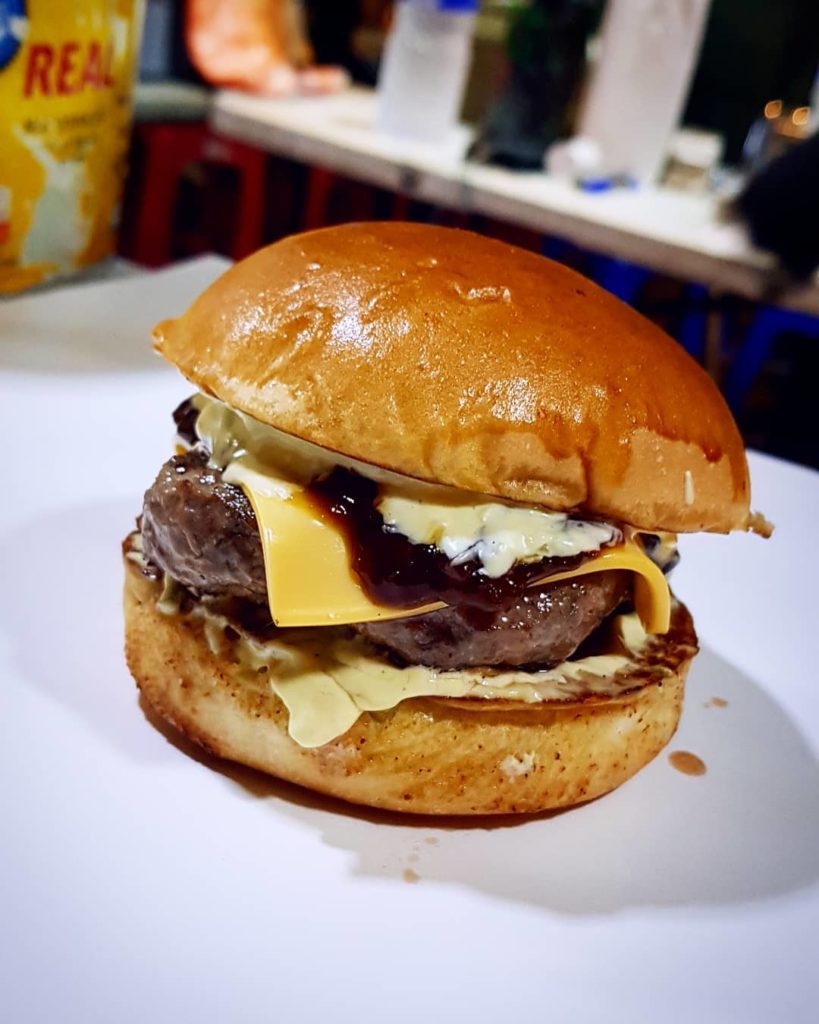 Sixty Bites Burger is an institution of a burger stall in TTDI, which is known for its many watering holes and eateries to begin with. First off, it only uses 100% ribeye patties along with chicken as well as lamb patties. As the burgers here are grilled to perfection, it will take some time for your order to be ready so it’s best to prepare yourself for a long wait. While the burgers vary from a single to a double patty, Sixty Bites Burger has come up with a unique name for each burger on the menu, giving it a touch of character. Some recommended burgers include ‘Hannibal’, ‘Chilli Chez’, and ‘Hail Caesar’.

Burgers street food street burgers ramly burgers
Wi-Liam Teh
Senior Writer
Wi-Liam is a geek at heart with a penchant for tattoos. Never without a drink in hand (preferably whisky, gin, or Guinness), he is also a writer by day and a keyboard warrior by night. On his day off, he masquerades as a streetwear and sneakerhead enthusiast while his bank account says otherwise.
Tech Cars Watches Entertainment Food Drinks