Home > Food & Drink > Dining > What is uni and why gourmets and chefs can’t get enough of it? 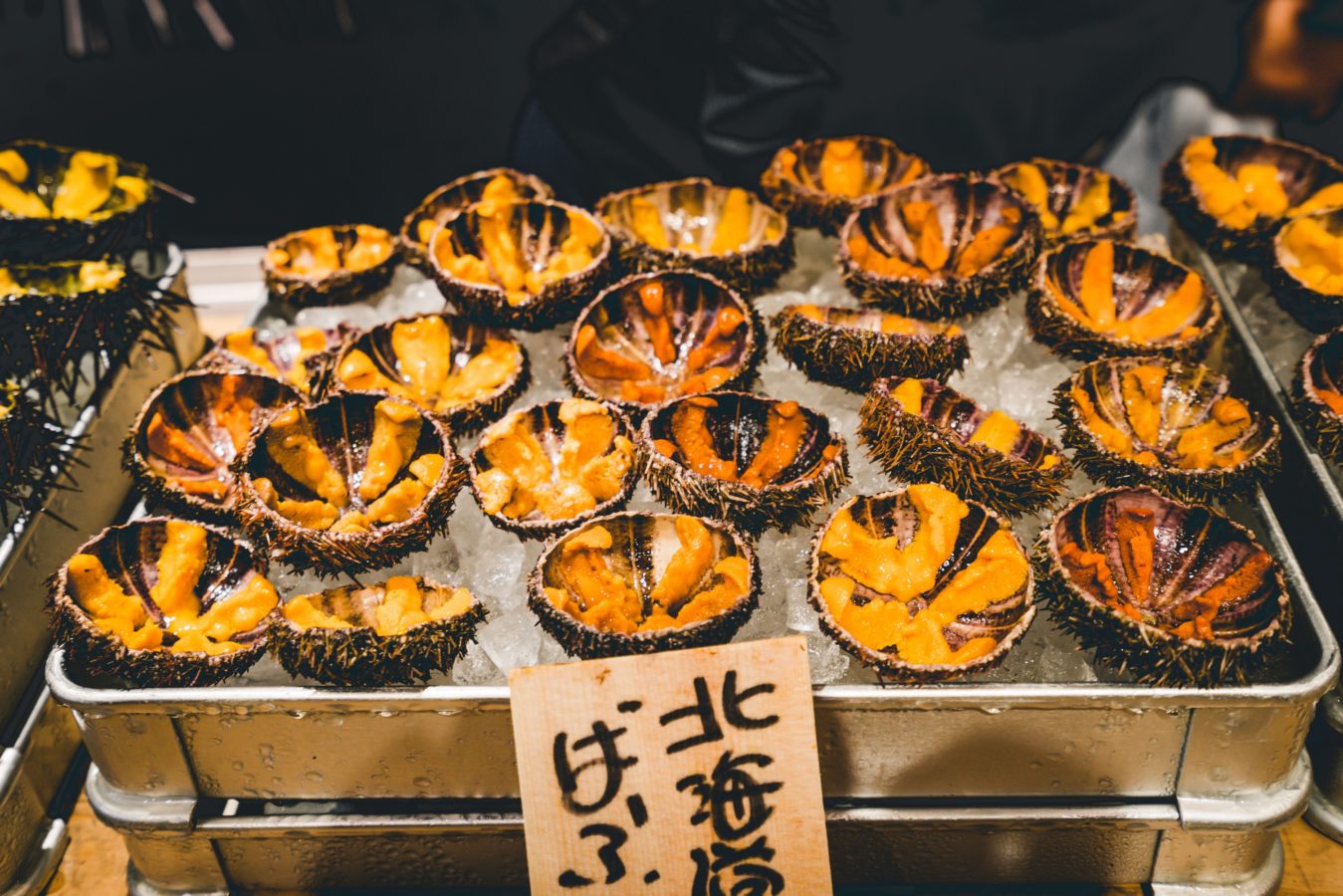 What is uni and why gourmets and chefs can’t get enough of it?

Food & Drink
What is uni and why gourmets and chefs can’t get enough of it?
Share this article
Next article

What is uni and why gourmets and chefs can’t get enough of it?

Eating an animal’s gonads — its reproductive organs — probably doesn’t rank too high on anyone’s must-try list. After all, we’ve all watched our share of Fear Factor and Bizarre Foods with Andrew Zimmern to know that such fare isn’t exactly the most appetising or delicious.

You might like this…
Food & Drink
Eiling Lim journeys to France and picks out the best wines in Burgundy
Food & Drink
Seafood delivery in KL: Where to get the freshest oyster, tiger prawn and salmon

But in the weird and wonderful world of gastronomy, there are a few exceptions to this rule. Milt —which is basically fish genitalia that contains sperm — is a delicacy in Japanese cuisine, while horse, ox, donkey and dog genitalia are consumed in parts of China. The latter even has a restaurant, Guo Li Zhuang in Beijing, specialising in, well, animal testicles.

And then there’s uni, which is essentially sea urchin gonads. Also referred to as roe, this highly coveted ingredient is often used in Japanese food, and is adored for its golden hue, buttery melt-in-the-mouth texture, and briny, sweet flavour. It is typically served raw, and can be eaten in a myriad of ways including sashimi-style, layered on top of sushi, or mixed into pasta.

Be prepared to fork out a dear sum, though, as uni doesn’t come cheap.

Uni’s high prices can be attributed to the difficulty in fishing sea urchins, and the minimal yield that each spiny orb contains — one typically has only five gonads. Only around 18 out of the hundreds of its species are edible. These edible ones are usually pinkish-red in colour.

Sea urchins can be found in various locales including along Japan’s Shakotan Peninsula, California’s Santa Barbara coast, and in the Mediterranean and Atlantic oceans, but the harvesting process is a labour-intensive one. In the US, divers have to go as deep as 80 feet (24.4m) down into the water, and pluck the urchins by hand from the ocean bed.

Over in the Shaktoan Peninsula, fishermen remain in their boats for long periods of time, searching for urchins with a claw-like tool. “Good quality sea urchins are hand harvested in cold waters, and are available only in short periods of time during each season. This rarity makes it more appealing,” explained Japanese-born celebrity chef Tetsuya Wakuda, who operates the one-Michelin-starred Waku Ghin at Marina Bay Sands.

In Spain, some believe that the best time to obtain sea urchins is during winter, as the Mediterranean sea level is lower — which makes it easier for divers to reach the coveted sea creatures. We can only imagine how freezing cold the water temperature must be, though.

Flavours of the ocean

According to experts, the taste of uni varies depending on its provenance. Restaurateur-chef Beppe De Vito, who runs the IlLido Group, finds that uni from Europe tends to be saltier, while its Japanese counterpart is “smoother and gentler in terms of texture and taste”.

This sentiment is echoed by Wakuda, who uses Hokkaido sea urchin in his food at Waku Ghin. “The sea urchin we use is unique due to the clean waters that the sea urchin lives in and because of the kombu, or kelp, that they feed on. This results in a flavour that is creamy, sweet, and has a unique seaweed-like taste without an overpowering ironised aftertaste,” he said. “The texture is very delicate and it melts in the mouth.”

There are several varieties of Japanese uni, with common ones being Murasaki (which has a yellow hue), Aka (which carries notes of bitterness) and Bafun (an orange hued, sweeter option). To properly savour it, one has to first cut and pry open the sea urchin’s prickly shell, pour out the black substance inside — which is a mix of viscera and partially digested food — and use a spoon to scoop out the “tongues” of uni inside.

Chef Carlos Montobbio of Esquina recommends consuming it raw, straight out of the shell. “I like it raw because it reminds me of when I grew up in Spain. My family, friends and I would go snorkelling out at sea and we would collect sea urchins and have them fresh on the boat. You cut the shell open using scissors, and scoop out the meat with a spoon. That’s how I remember that as being the best way to have sea urchin,” said Montobbio, adding that quality uni should have a firm texture with hints of sweetness and bitterness.

Sea urchin isn’t exactly new to the world of gastronomy. Its exact origins as a culinary ingredient are unclear, but one can deduce that it has been eaten for at least several decades now. According to Wode Qian Bansheng, an autobiography by Pu Yi, the last emperor of China, an imperial dinner in 1911 comprised dishes such as lamb, venison and something a little more exotic — sea urchin in duck broth.

Another indication of uni’s popularity in the earlier ages, would be Menjant Garotes (Eating Sea Urchins), a 1930 home movie filmed by Luis Buñuel. It featured legendary painter Salvador Dalí and his family feasting on sea urchins.

The artist apparently grew up eating sea urchins. As a child, he frequently collected them on the beach with his father, and developed a taste for their briny flavour and custard-like consistency. This continued well into adulthood, and Dalí mentioned in his 1942 autobiography The Secret Life of Salvador Dalí that he once ate as many as “three dozen sea urchins with wine” in one sitting.

So besotted was he with those prickly creatures, that he even incorporated them into his surrealist art works, and extolled their virtues in his book 50 Secrets of Magic Craftsmanship, an eccentric read detailing the history of art and tips on becoming a successful artist.

“To begin with, you will eat three dozen sea urchins, gathered on one of the last two days that precede the full moon, choosing only those whose star is coral red and discarding the yellow ones. The collaboration of the moon in such cases is necessary, for otherwise not only do you risk that the sea urchins will be more empty, but above all that they do not possess to the same degree the sedative and narcotic virtues so special and so propitious to your approaching slumber,” he wrote.

Another famous advocate of uni, is culinary superstar Ferran Adrià, who has been hailed as one of the best chefs in the world. During his stint at the now-defunct elBulli, one of his signature dishes was a white bean espuma with sea urchins. Concocted in 1994, it featured a tuft of white foam perched atop a whole sea urchin. The dish was also his first foam creation, and propelled him to stardom as a pioneer of molecular gastronomy.

In the years that followed, Adrià continued serving up dishes incorporated with uni, such as lamb brains with sea urchins and sea grapes; and codfish foam with sea urchin mousse.

Plating up the gold

Recent years have seen a spike in uni’s popularity, with many restaurants around the world introducing scrumptious and innovative dishes incorporated with the delicacy. New York tapas bar El Quinto Pino is famed for its sea urchin panini — a sandwich filled with uni mixed with butter and spicy mustard oil — while Italy’s Ristorante Sariddu offers sea urchin pasta.

Waku Ghin is famed for its signature dish of marinated Botan shrimp with sea urchin and caviar. Much detail goes into the preparation of this indulgent concoction: The uni is first stored in the chiller between zero to two degrees Celsius to preserve its freshness, before being lightly seasoned with Japanese soy and mirin. As for the shrimp, it is marinated with salt, pepper, olive oil, shallots and tarragon.

The uni and shrimp are then scooped into the sea urchin’s shell, and bedecked with generous lashings of Oscietra caviar.

“The flavour of the whole dish comes together, and is well-balanced without overpowering any of the ingredients. It is simple yet sophisticated,” said Wakuda of Waku Ghin, who also runs Tetsuya’s in Sydney, Australia.

Japanese eateries such as Shinji by Kanesaka and Fat Cow prepare it sushi or sashimi style, while Sushi Kimura has a Bakudan Don — a decadent rice bowl filled with ikura pearls, uni and an onsen egg. Meanwhile, Terra along Tras Street offers a scrumptious appetiser of uni slivers draped over crisp bruschetta, and Syun at Resorts World Sentosa serves it in two ways: As an appetiser, where it’s rolled up in Ohmi wagyu beef, or in a beef sukiyaki set that replaces the raw egg with pieces of sea urchin.

At Esquina, Montobbio serves a decadent paella cooked with lobster stock and topped with sea urchin. “Customers have responded very well to our paella and it has become one of the most popular dishes for Esquina. I think sea urchin is popular because it has a uniqueness similar to caviar – it is an expensive ingredient and it reminds you of a special occasion – you do not eat caviar every day, and that goes the same for sea urchin,” he said.

Uni has also proved to be a big hit at Italian restaurants Aura and Osteria Art, which come under IlLido Group’s stable of eateries. Both venues offer an off-the-menu special of sea urchin pasta, which according to De Vito, has “gained a cult following” with diners constantly calling in to check if it’s available that day. The pasta comprises tagliolini or spaghetti cooked in a creamy sauce made from shallots, fresh sea urchin and extra virgin olive oil, before being embellished with slivers of fresh uni.

“With this dish, the importance is really on the choice of ingredients,” said De Vito. He seems to be particularly fond of uni — his other restaurant, &Sons, offers baccala (cod fish) cakes served with a sabayon made from sea urchin cream.

Much like foie gras, caviar and gourmet cheese, uni is an acquired taste that isn’t for everyone. If the notion of chowing down a sea urchin’s reproductive organs still sounds a little daunting, try pairing it with sake or white wine, which helps mitigate its intense taste. It can also be cooked or used as a condiment. Wakuda of Waku Ghin suggests making it into an uni butter and savouring it with grilled beef, or wrapping the sea urchin in dried seaweed and deep frying it. Give it a shot — you won’t be disappointed.

Here are the best seafood restaurants to visit in Kota Kinabalu