Food trucks play a huge part in the culinary institution around the world. What started out in the United States back in the 1800s have since embedded themselves into the bedrock of the food industry, especially in the States. This is apparent in metropolitan areas like San Francisco, New York, Los Angeles, and Miami to name a few. Kuala Lumpur also has a thriving scene with many locals taking their expertise to the streets.

Gourmet food trucks are also slowly gaining momentum in association with the growing hype of pop-up restaurants. While this is largely popular all around the States as well as Europe, Malaysia is yet to enter the next phase of that evolution.

Be that as it may, food trucks around the streets of KL do receive plenty of visitors thanks to its strong social media presence. Malaysian food trucks have plenty to offer in terms of culinary diversity as well as creativity. Most serve up locally-inspired dishes with a unique and modern twist while others would include popular food truck meals with a local adaptation.

All around KL and PJ, food trucks reign supreme the moment the sun sets. While some may question its hygiene, it’s hard to disregard the fact that they are a lot cheaper and quicker. Many have also chosen to up its game by introducing greater creativity in its food or following the latest trends, ensuring that you will be a return customer soon enough. Curbside Cantina is one of the pioneers that are still in the food truck game. Working on a flexible schedule, Curbside Cantina can be found around town throughout the entire week with Bangsar and TTDI being popular hotspots. For now, it has taken up residency in one of the neighbourhoods in TTDI serving up delicious, locally-inspired tacos and churros. Be sure to check their Instagram for daily updates on where they will be. They also partake in catering services and you can rest easy knowing the food will be good. 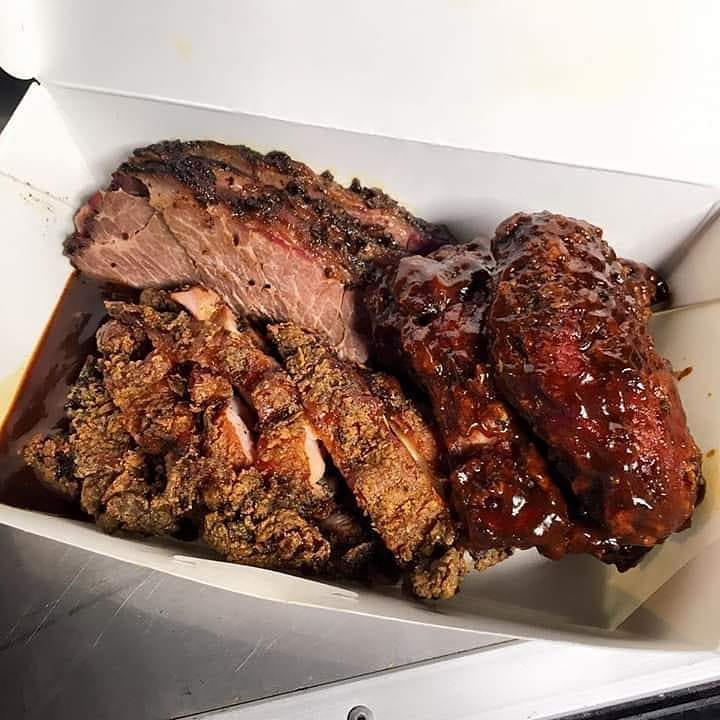 Located right outside the Shell petrol station in TTDI sits the Cowboys food truck known for their mouth-watering briskets, which have been smoked in-house for close to 12 hours every day. However, they do more than just melt-in-your-mouth briskets. Their chargrilled cheeseburgers are also a popular hit as well as the Chuck Norris platter, which features a healthy serving of brisket, chicken wings, and chicken chop. Cowboys Food Truck also offers catering services if you ever needed some good ol’ brisket at your next party. 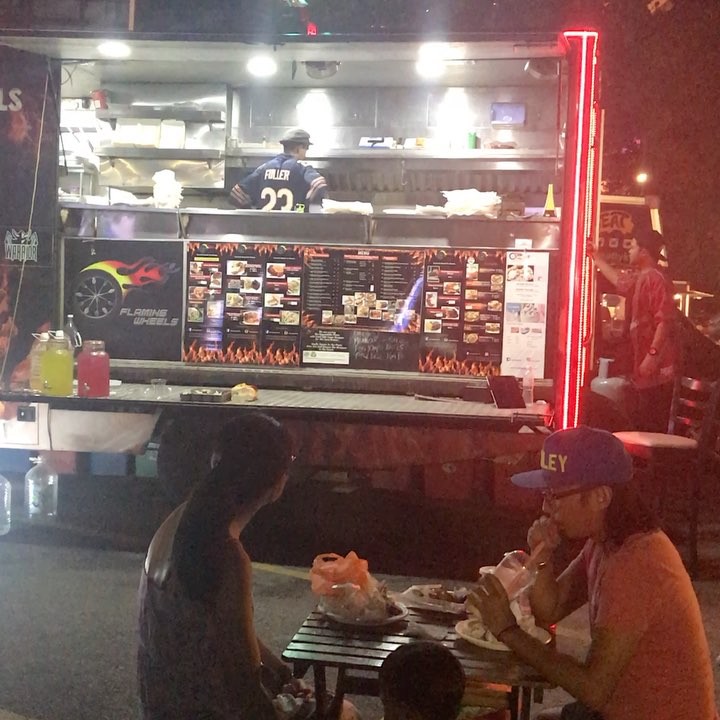 Having been in operation since 2003, the Flaming Wheels Food Truck is considered to be the first-ever food truck to hit our streets. It is now a permanent resident at the Tapak Urban Dining space where food trucks congregate to feed the masses. It has an extensive menu that ranges from tex-mex concoctions to barbecued meats and plenty of other offerings like pastas and burgers. Flaming Wheels Food Truck also has milkshakes made to order, ensuring that there’s something for everyone. La Famiglia is one of the few food trucks that has a very small and consistent menu, which features various types of pastas for one to choose from. Being a food truck, La Famiglia has plenty of different locations to choose from for the entire week, whether it’s for lunch or dinner. Its most popular spot would be right next to the Cowboys Food Truck so if you’re planning on visiting, be sure to save some space to have both. La Famiglia remains to be one of the more popular food trucks to date as it’s always the main feature at many food-related events around KL and PJ. Most food trucks won’t operate past 10 pm, but not The Boys Food who are usually open until midnight. Located nearby the BHP petrol station in Taman Melawati, The Boys Food are known for its pasta, burgers, and hotdogs. What makes the drive worthwhile is its price as everything starts off at RM5 per dish. Be sure to check out the truck’s insanely cheesy hotdogs, which is more than enough to satiate your cravings.

Food Trucks street food food trucks in kl
Wi-Liam Teh
Senior Writer
Wi-Liam is a geek at heart with a penchant for tattoos. Never without a drink in hand (preferably whisky, gin, or Guinness), he is also a writer by day and a keyboard warrior by night. On his day off, he masquerades as a streetwear and sneakerhead enthusiast while his bank account says otherwise.
Tech Cars Watches Entertainment Food Drinks