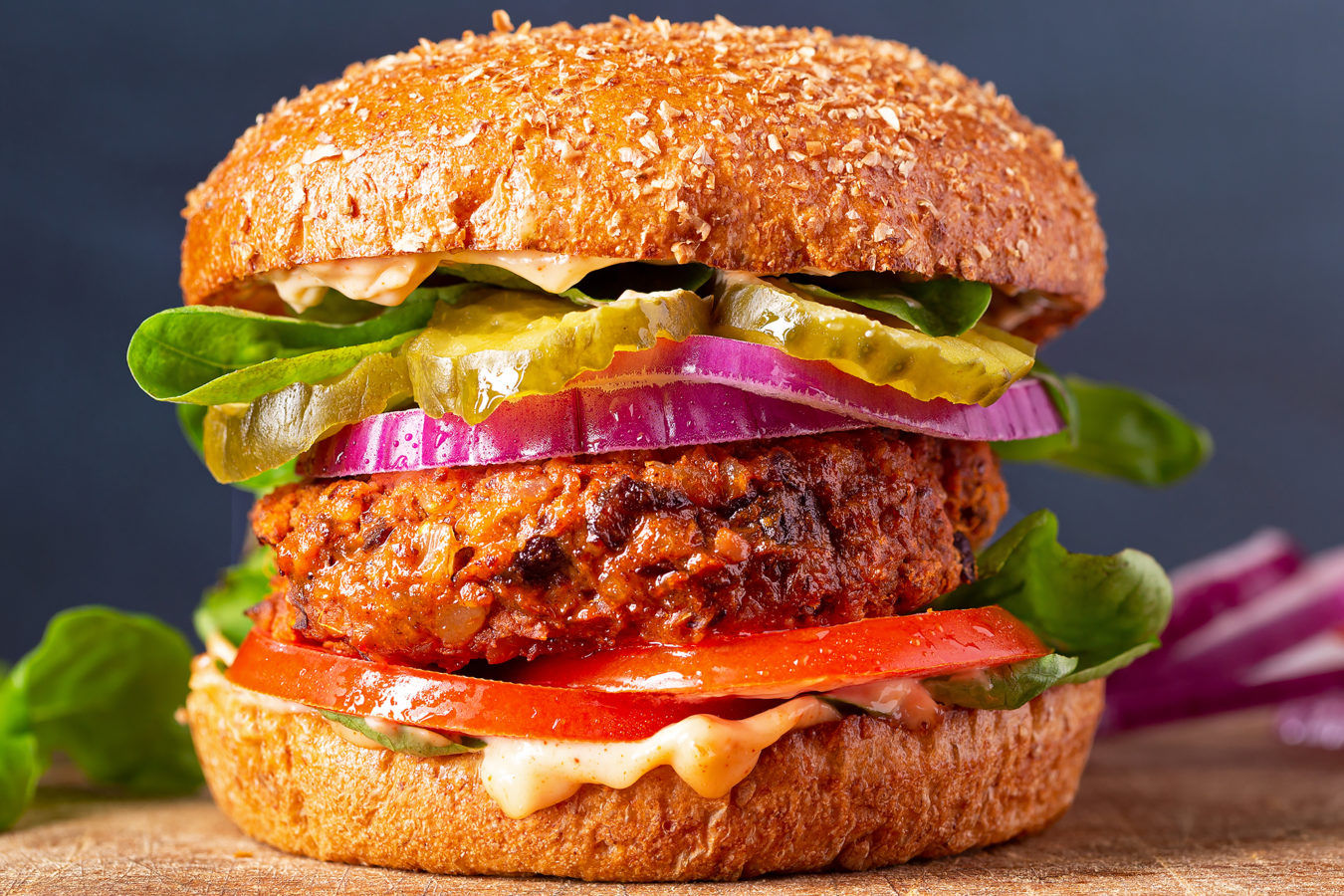 The world’s appetite for vegan burgers has undeniably grown in recent years. Beyond Meat and Impossible Burger engaged in a plant-based burger arms race. Seeing the emerging market, tons of other brands jumped in on the action. And slowly, seemingly every major burger chain rolled out a vegetarian option, most recently culminating with McDonald’s.

But while some may wonder if the world’s hunger for plant-based burgers may be satiated, a company in Northern Ireland took a stab at filling the biggest vegan appetite yet by setting the Guinness World Record for the largest vegan burger.

The record-setting vegan burger was officially certified by Guinness World Records as being made on November 18 the Finnebrogue CGR site in Downpatrick and utilising the same recipe as the brand’s Naked Evolution Burger, though the results were 1,274 times the size. Ten employees worked on the patty, which took nine hours to cook. And, of course, a patty doth not a “burger” make, so it was also topped with 22 pounds (10 kg) of tomatoes, 10 pounds (4.5 kg) of lettuce, over 15 pounds (6.8 kg) of vegan cheese, nearly 4.5 pounds (2 kg) of onions, 11 pounds (5 kg) of gherkins, 11 pounds (5 kg) of the company’s vegan Naked Without the Oink bacon, and 11 pounds (5 kg) of Naked Burger sauce before being shoved between a vegan bun, according to The Irish Post.

How big is a Guinness World RecordsTM title for the largest vegan burger?

“All ingredients had to be verified as vegan,” Anthea McAuley, Finnebrogue’s communications manager, told the paper. “[We] worked with local bakery, Irwin’s, to create a vegan bread bun.”

“We were set a target weight of 100 kilograms [220 pounds], but we knew from the outset we wanted to exceed that,” Sean Kearney, the company’s innovation process manager, added. “The team included representatives from NPD, marketing and engineering; and together we designed and built everything, including a swing to aid turning the patty during cooking. That was perhaps the most challenging part of the record as we didn’t want to break the patty.”

And what happened to the burger? McAuley explained, “To avoid food waste on the day, which is in line with our own policies and that of the Guinness World Records, we donated some finished burger to homeless charity, The Simon Community. Our staff also enjoyed the burger for their lunch.”

Though getting all of the burger in one bite couldn’t have been easy: The width from top bun to bottom bun was a bit wider than a human head.

Dining vegan food vegan burger
Mike Pomranz
Dining
Sign up for our newsletters to have the latest stories delivered straight to your inbox every week.

Cat lovers, it’s time to get down to these cat cafes and playgrounds in KL