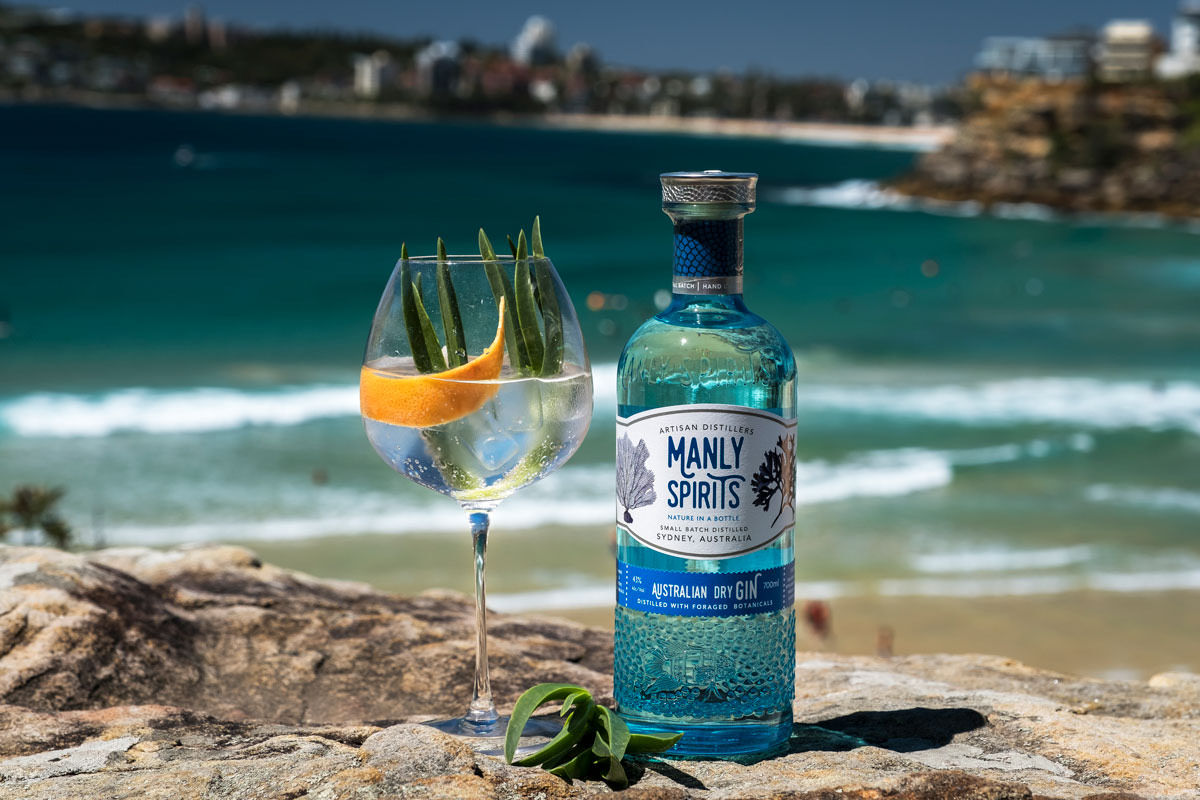 Can you discern the provenance of a particular gin just by nosing it? Many a time, you can because gin is infused with botanicals often reflective of the land where it is distilled.

With World Gin Day falling on June 12, what better way to celebrate it than by trying a dozen gins from across the planet with each reminding of the places you long to be. From Kuala Lumpur, to Malacca, to Melbourne and beyond, we have curated gins bearing signature scents of their locales thanks to infusion.

Infusion can be done using a simple steeping process, which you can emulate at home, or through vaporisation, or an amalgamation of both. Though junipers are essential to gin, the botanical mix can be adjusted to taste. Thanks to the burgeoning artisanal gin movement, experimental boutique gins have proliferated and established names too have stepped out of their comfort zones to offer beyond London Dry.

Scroll down to discover 12 utterly unique gins on World Gin Day (June 12), whose aromatic whiffs remind you of the places you might have been to. And if you haven’t, now there is all the more reason to. 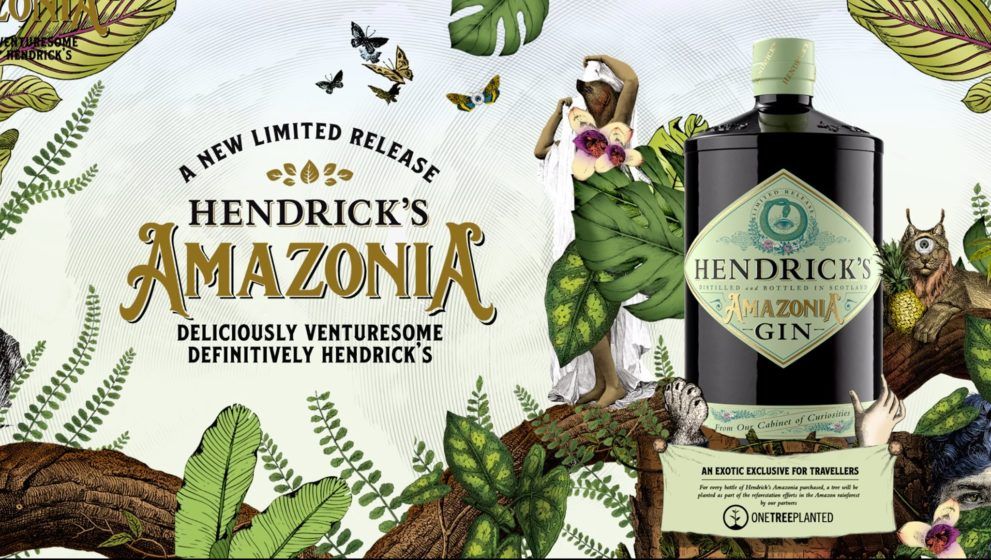 A duty-free retail exclusive, Hendrick’s Amazonia Gin has its genesis in head distiller Lesley Gracie’s visit to South America in 2013. Not only did she meet a world-renowned explorer, her olfactory vocabulary was broadened by the discovery of Amazonian flora. Building upon Hendrick’s recipe of cucumber and rose, the Amazonia uses botanicals sourced from lush jungles to reflect its tropical roots. Bright and balanced, the gin retains the classic Hendrick’s Gin profile.

For every bottle sold, a tree will be planted in the Amazon by non-profit organisation One Tree Planted. 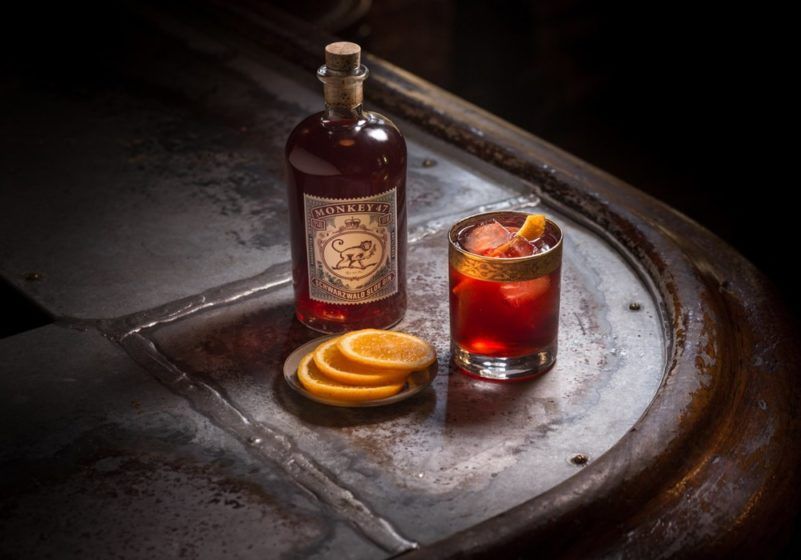 From the swathes of forested land that give the Black Forest gateau its name, Monkey 47 Sloe Gin uses no cakes but it does boast not-so-secret ingredients – counting macerated Black Forest sloes among 47 handpicked ingredients and soft spring water. On the nose, you are transported to a pine forest after the rain, paving the way for woody, spice fragrance underpinned by earthy and fruity sweetness. Being unfiltered, you will find some berries sediment in the bottle that only enhances the overall richness. 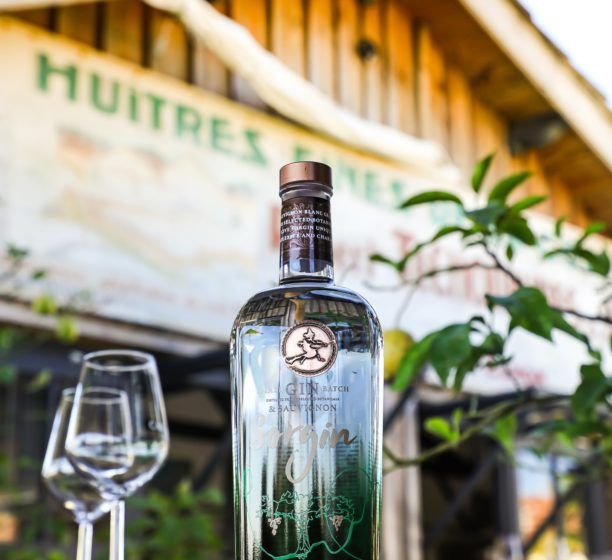 No grain spirit is used here. Launched by winemakers Sabine Jaren and François Lurton whose estates span continents, including the family estate, Château Bonnet, in the Entre-Deux-Mers, Sorgin which translates to the witch (from Basque) is based on Sauvignon grapes. This complex gin brings forth aromatics of juniper berries and Sauvignon Blanc, while other ingredients include blackcurrant buds, broom flower, grapefruit zest and more. 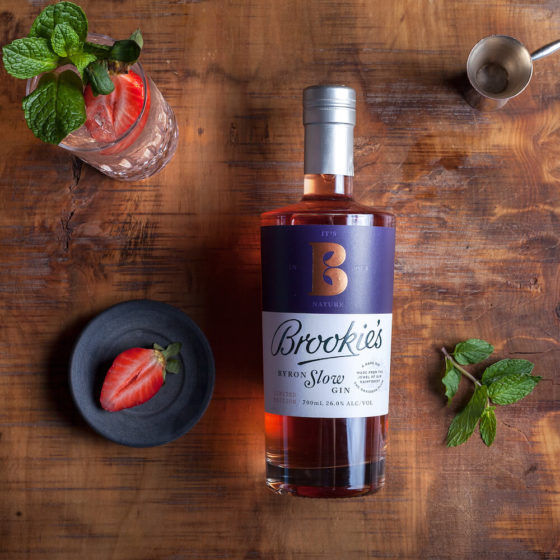 Surrounded by rolling vineyards, the Cape Byron Distillery has gained international recognition thanks to house specialty Brookie’s Byron Slow Gin. Most recently awarded gold at the International Wine & Spirit Competition, this gin is a playful take on sloe gin which shares the rhyme.

In lieu of sloe berries, Brook turns to Davidson’s Plums, an indigenous fruit found in the Northern Rivers area, as a replacement. Hundreds of kilos of these plums (unrelated to the common plum) are laid to rest with Brookie’s Byron Dry Gin until the colour of the fruit is naturally imparted into the spirit along with flavours of sour cherry, plum and rose. The maturation process can consume up to 300 days in its entirety depending on the time of year, providing the gin its self-deprecating name. 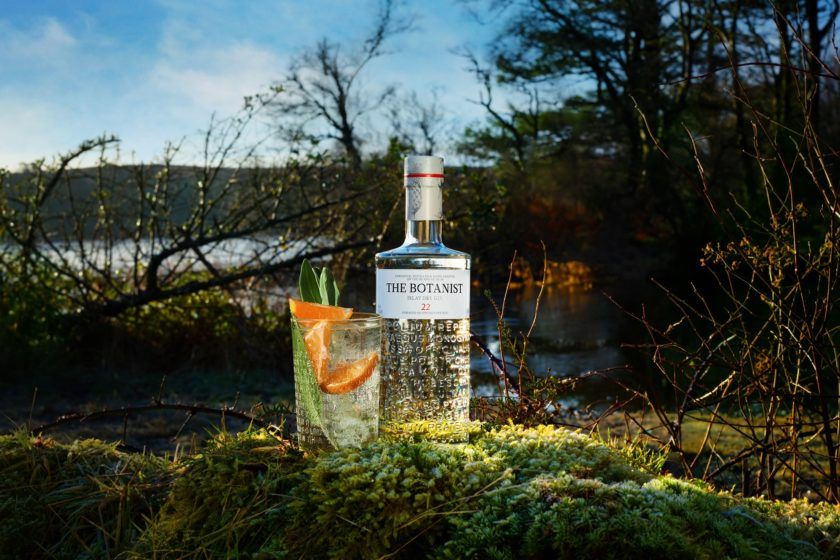 Synonymous with peaty whisky, the Isle of Islay is also home to the Botanist. As implied by its name, expect the Botanist to brim with floral notes. The crux of this gin is 22 native-to-Islay botanicals foraged by hand between March and October, with additional botanicals sourced from other corners of the globe. 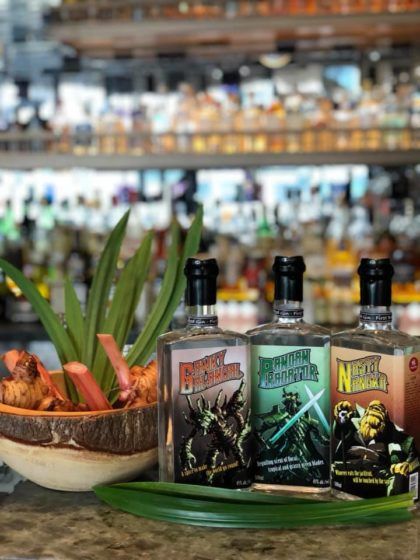 For these three gins that aren’t distilled in Malaysia, they sure do remind us a lot of the country known as a cultural melting pot. A brainchild of Eiling Lim – who has the unrivalled honour being the first Malaysian independent whisky bottler – who resides in Belgium, the trident of gins is brought to life in partnership with De Cort Distillery. A thoroughly boutique spirit, to impart the distinctive aromatics of jackfruit, pandan and galangal, Eiling imports these selected botanicals by air from her home country to her adopted country.

The label on each bottle is designed by Malaysian artist Tintoy Chuo, founder of Fusion Wayang Kulit. A traditional form of puppet theatre increasingly eroded by modernity., wayang kulit is preserved on Eiling’s unconventional interpretation of gin. 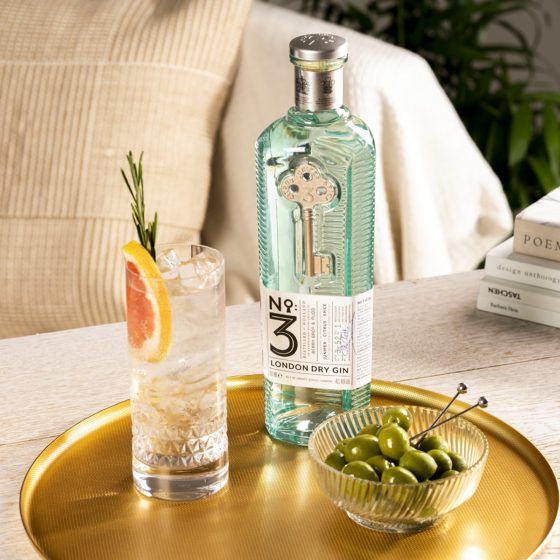 You can’t exclude London when talking about gin, after all London Dry Gin is the emblem. With storied names like Gordon’s, Bombay Original, Beefeater, Broker’s, Tanqueray, Bulldog and Opihr, the list rolls on and likely you have tried them all. There is one which you might not have is the No. 3 London Dry Gin by Berry Bros. & Rudd, the oldest wine and spirit merchant in London. No. 3 refers to their address on St James’s Street. Expect a classic London Dry style on the nose and palate from this multi-awarded gin. 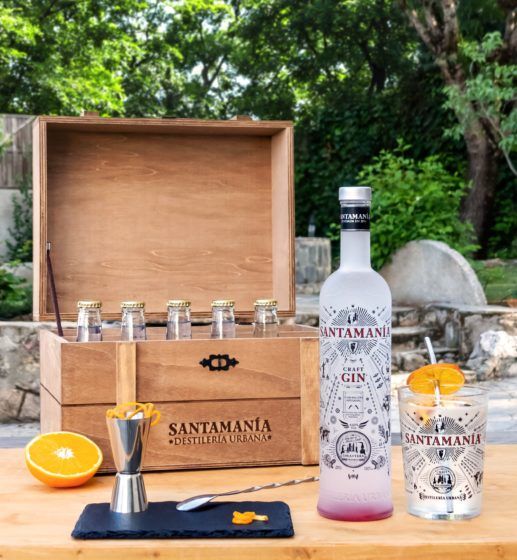 Based in the bustling Madrid, Santamanía is Spain’s first urban micro-distillery. What better way to reflect the country of origin than by creating gin from Tempranillo, one of Spain’s enduring grapes. In the style of London Dry Gin, Santamanía weaves a Mediterranean touch by incorporating Spanish lime and pistachio nuts for a zesty, creamy mouthfeel. For very limited quantities, Santamanía offers the Limited Edition Reserva which is aged for months in oak barrels. 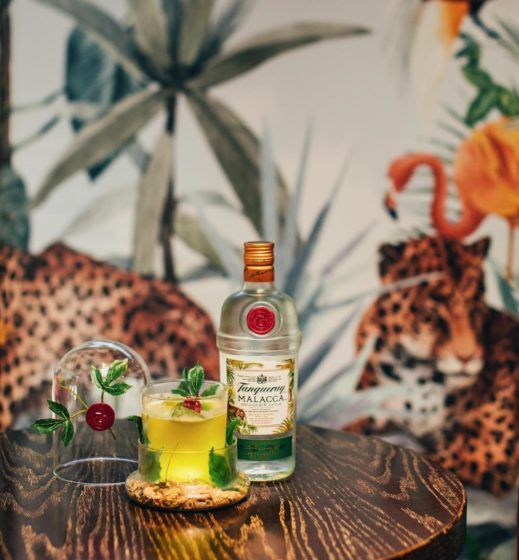 An old favourite of many and so well received that Tanqueray decided to resurrect it in 2003, Tanqueray Malacca puts less emphasis on junipers in favour of more citrus, as well as peppercorns, rose petals, cloves and cardamom. It was originally introduced in the late 1990s and subsequently gained a cult status among bartenders.

According to the distiller, Charles Tanqueray created a spiced gin using botanicals from Malaysia in 1839 and it was this recipe, found in Charles’ notebook, which formed the basis for the creation of Tanqueray Malacca. 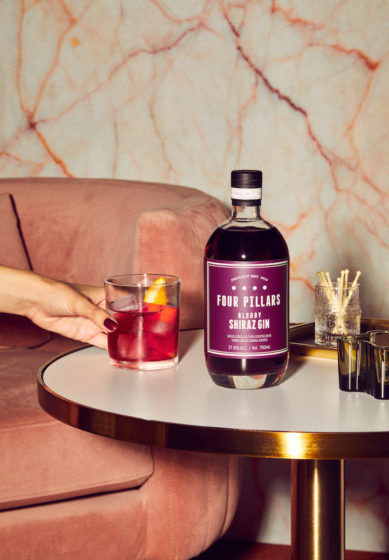 A popular haunt for globe-trotting hipsters, Melbourne’s café culture is world renowned. The Yarra Valley is also receiving wider viticultural recognition. One distillery accidentally became a beneficiary of the excellent shiraz grapes when a winemaker didn’t know what to do with his produce. And so, Four Pillars embarked on a journey to showcase the versatility of this grape by steeping it into gin for eight weeks.

A showcase of the berries’ hypnotic purple colour and sweetness, the Bloody Shiraz also exhibits some spices courtesy of fresh pine needles as well as dense raspberry notes. 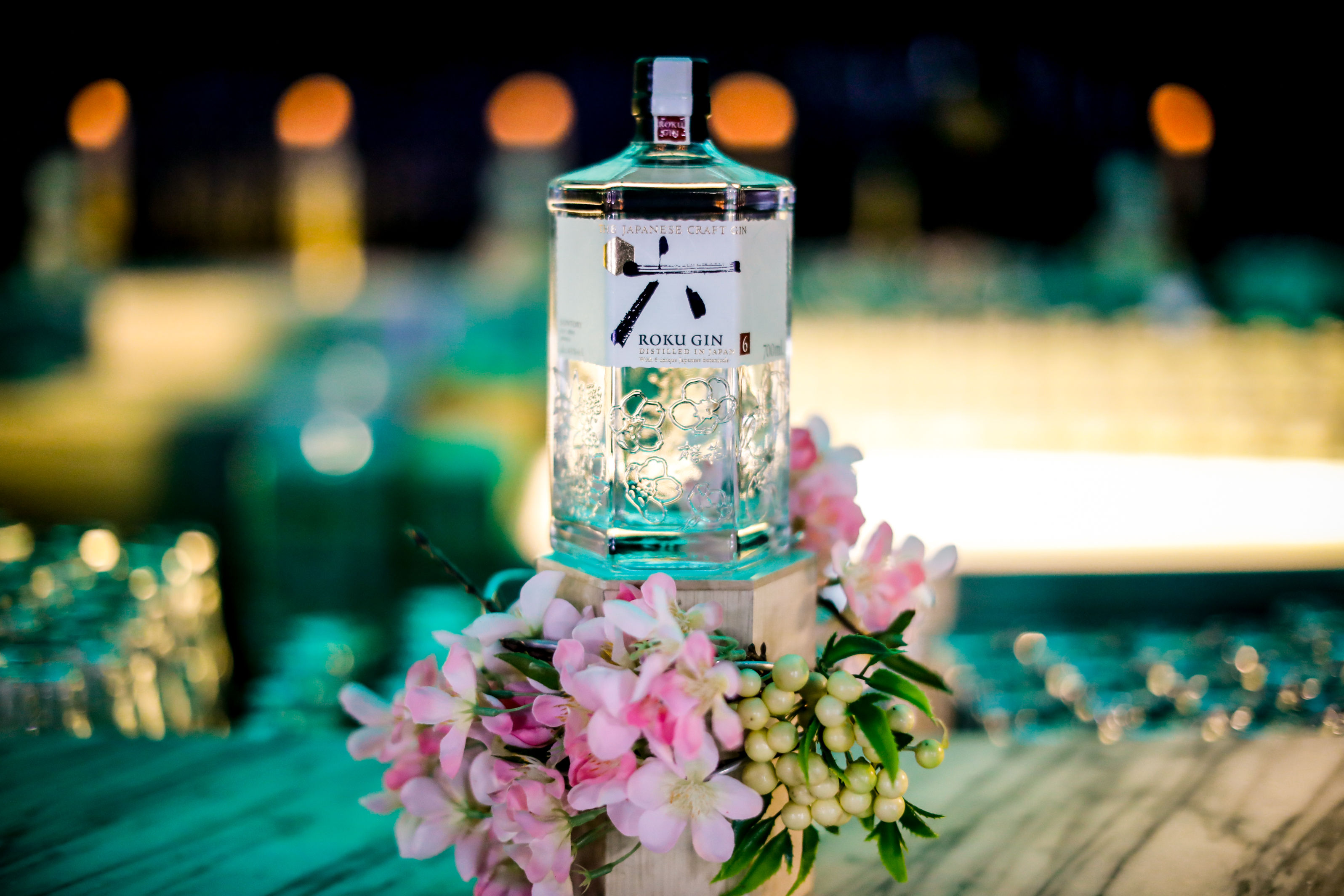 Roku in Japanese translates to the number six. In Roku Gin, that’s where you will encounter six special botanicals sourced from the land of the rising sun, evocative of the four seasons Japan experiences. The seasonal botanicals of the sakura flower, sakura leaf, sencha tea, gyokuro tea, sansho pepper and yuzu peel give the gin refreshing top notes and a spicy, peppery twist. 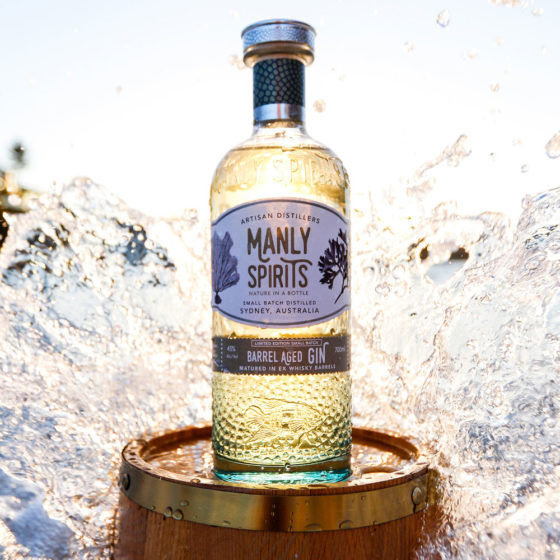 Home to famous stretches of golden sands, Sydney is blessed with the likes of Bondi and Manly. A boutique distillery christened after the beach north of the harbour creates gin that evokes the ocean with every sip.

Manly Spirits Co is the driving force behind Australian Dry Gin with expressions capturing the diversity of Australian botanicals. Distilled from Australian grains, the spirit is then introduced carefully to a blend of sustainably foraged marine botanicals. The results are five distinctive gin expressions boasting hints of salinity.

Learn more
Cocktails Gin
Justin Ng
Digital Content Director, Kuala Lumpur
Often think of myself as a journalist and so I delve deeper into a range of topics. Talk to me about current affairs, watches, travel, drinks, new experiences and more importantly, the business, economics and dynamics behind it.
Sign up for our newsletters to have the latest stories delivered straight to your inbox every week.