These 5 Irish whiskey bottles are worth every grain of malt

Did you know that Irish whiskey is less likely to give you a hangover? It’s triple distilled, unlike Scotch that is only distilled twice. The extra distillation process removes the spirit’s impurities and extra chemical constituents such as tannins and acetone, which contribute to that pounding headache you get the next day. Maybe that’s something to keep in mind the next time you try to pass on the whiskey for a whisky.

That said, Irish whiskey has not been getting the love it deserves in the past few decades. Unlike Scotch, its Irish counterpart does not need as many years to mature in barrels — just a minimum of three years before it is bottled. Irish whiskey is also not as peaty as Scotch and goes down a lot smoother with the same alcohol content. Perhaps it’s because of that, the spirit is a good one to use in cooking.

But we didn’t lead you into this article to let you know which whiskey is great for cooking. Irish whiskey can be equally as exquisite — these five bottles below are proof of that. 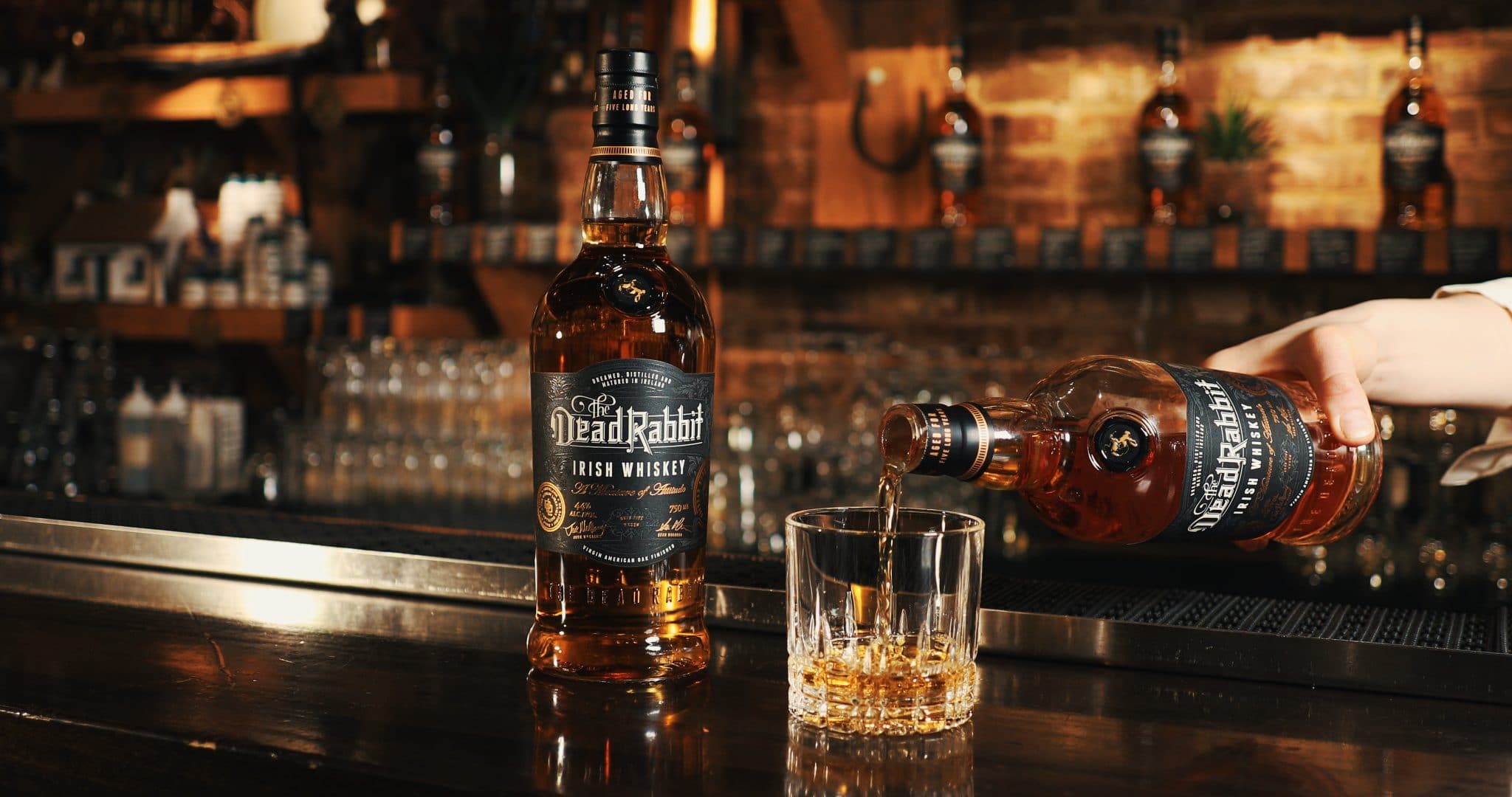 We’ve spoken about the well-known Dead Rabbit bar in New York before. Other than running a successful cocktail bar in the Big Apple, they’ve also teamed up with Dublin Liberties Distillery’s Master Distiller Darryl McNally to create this Dead Rabbit Irish Whiskey. It’s been inspired by the idea of the notorious Irish street gang in New York during the mid-1800s. As a whiskey on its own, it’s a blend of aged Irish single malt and grain whiskies with an aroma of golden barley. On the palate, it has the nuances of spicy black pepper. 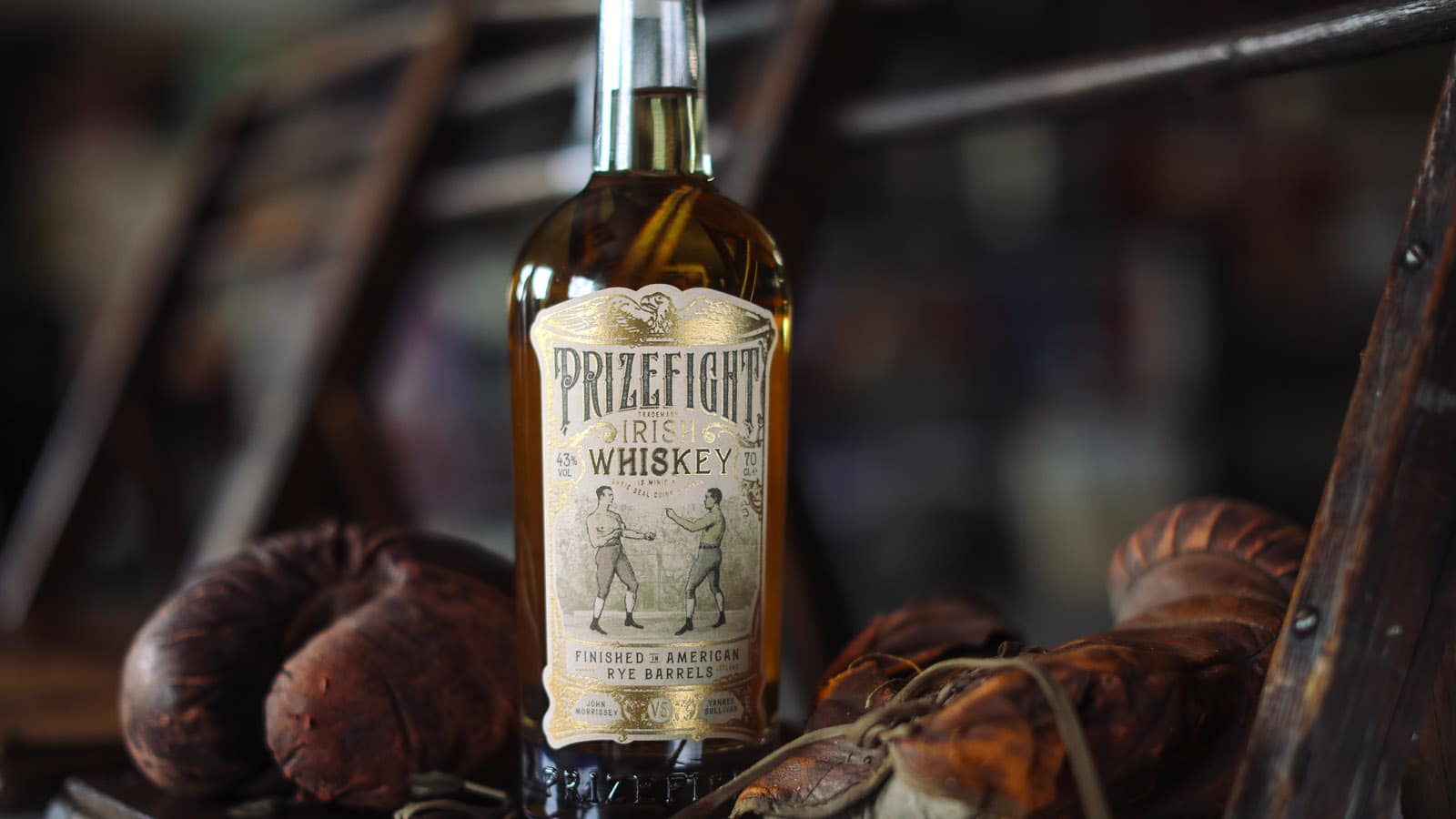 The Prizefight Irish whiskey was inspired by the Irish immigrants who went to America and became one of their best fighters back in the day. But more than just an inspiration, the whiskey does actually have Irish and American roots. It’s distilled and bottled n Ireland, but finished in American rye casks. It is a blend of 10-year-old malt and four-year-old grain finished in rye barrels for six months. It has a clean and fresh aroma with floral and fruity spice notes. On the palate, it is sweet and refreshing at the beginning, followed by a subtle hint of bitterness with a spicy finish. 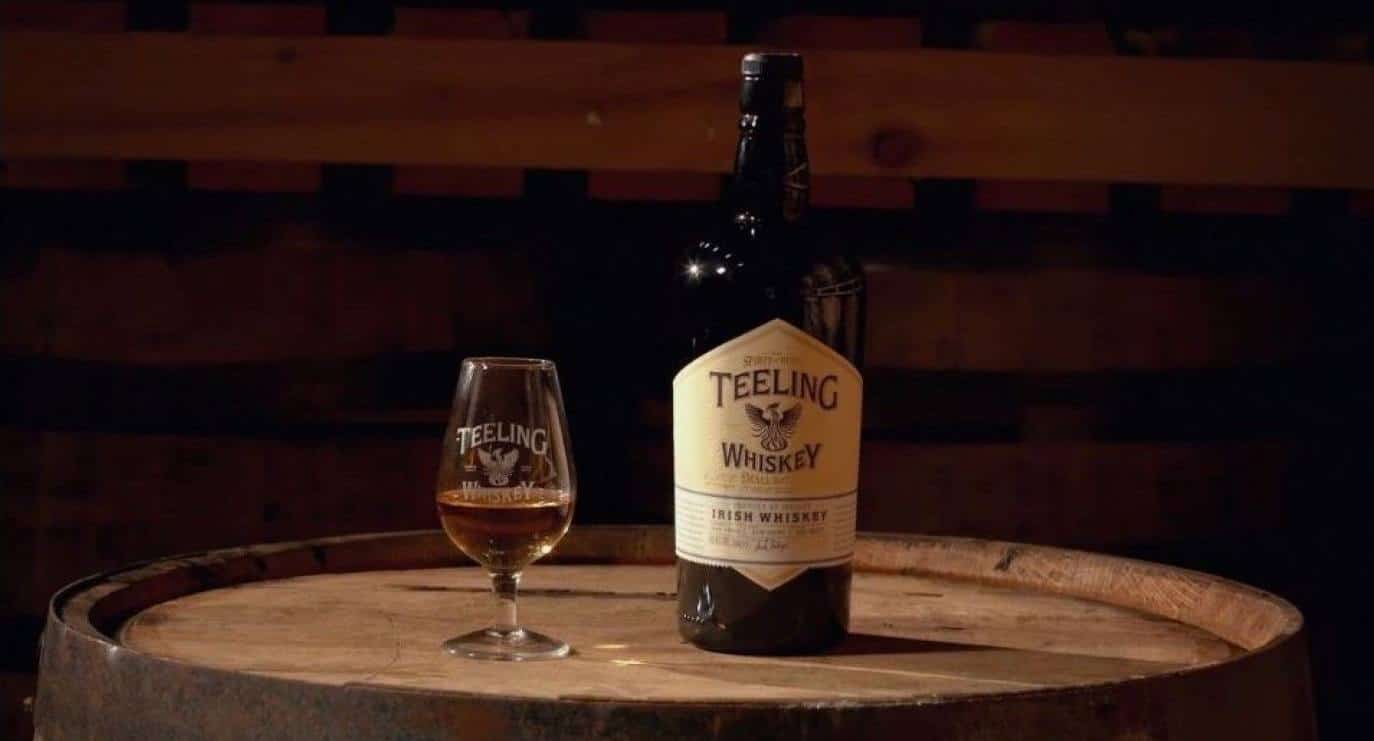 The Teeling family had a long history of whiskey-making, but it took them 125 years to restart their distillery after the fall of the golden age of Irish whiskey production. They’re starting small and good, and the Teeling Small Batch is proof of that. This small-batch blend has a high malt content and is aged in former rum casks for that extra kick of spice. At first sniff, the whiskey emanates a strong oaky and spicy aroma that is reminiscent of fennel, cardamom, and the likes. The palate is rich with sharp barley, vanilla, dried herbs and fruit, with a creamy mouthfeel. 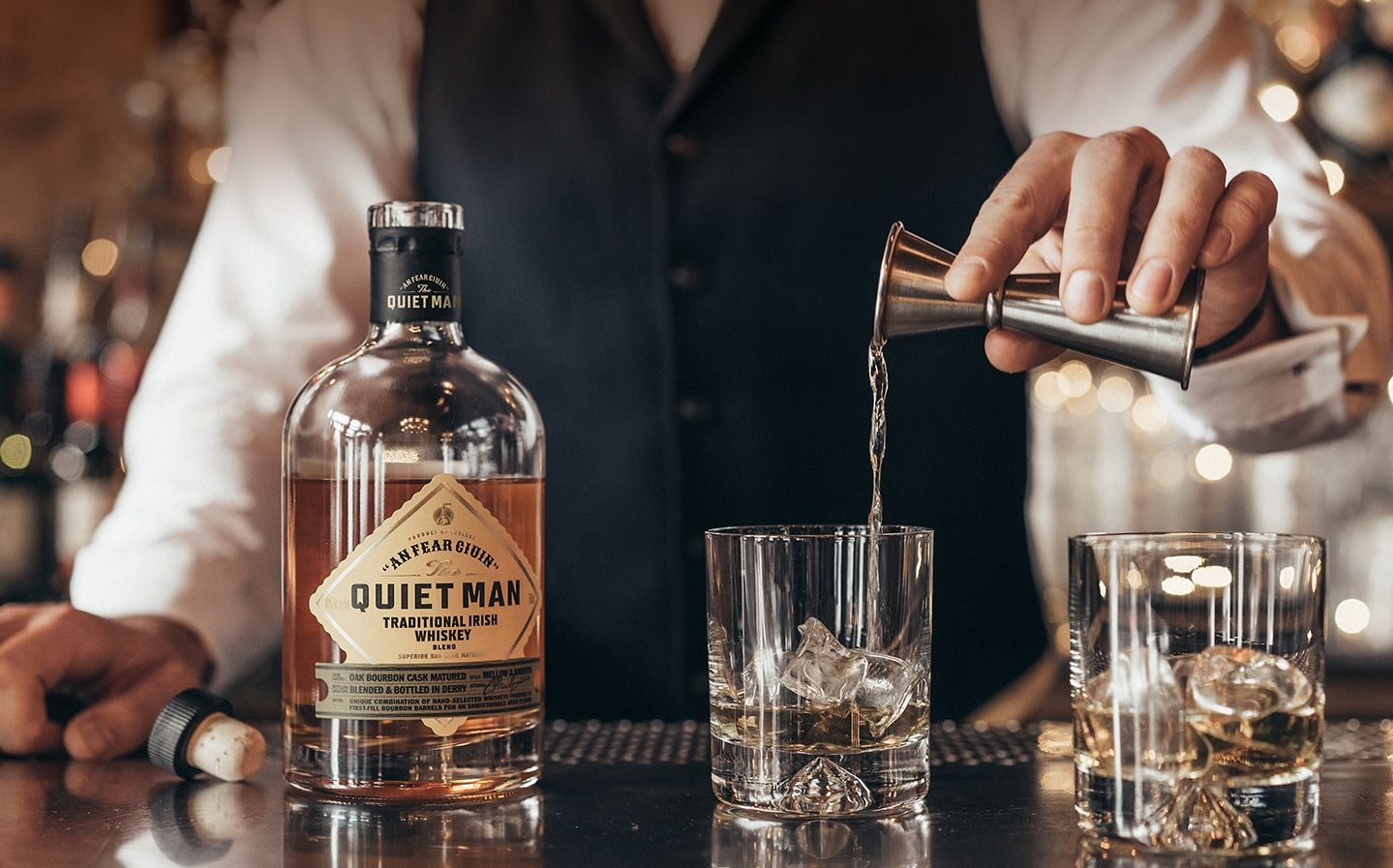 Derry in Northern Ireland used to be a prominent whiskey-making town. It eventually whittled down to nothing, but one whiskey brand is set to singlehandedly revive this town’s former whiskey-making glory: The Quiet Man. Luckily, the whiskey itself is pretty good, so we’re banking on their success. It has creamy butterscotch, tamarind, and slightly sweet taste with hints of coffee. The whiskey finishes smooth with faint hints of spicy cinnamon and peppery oak. 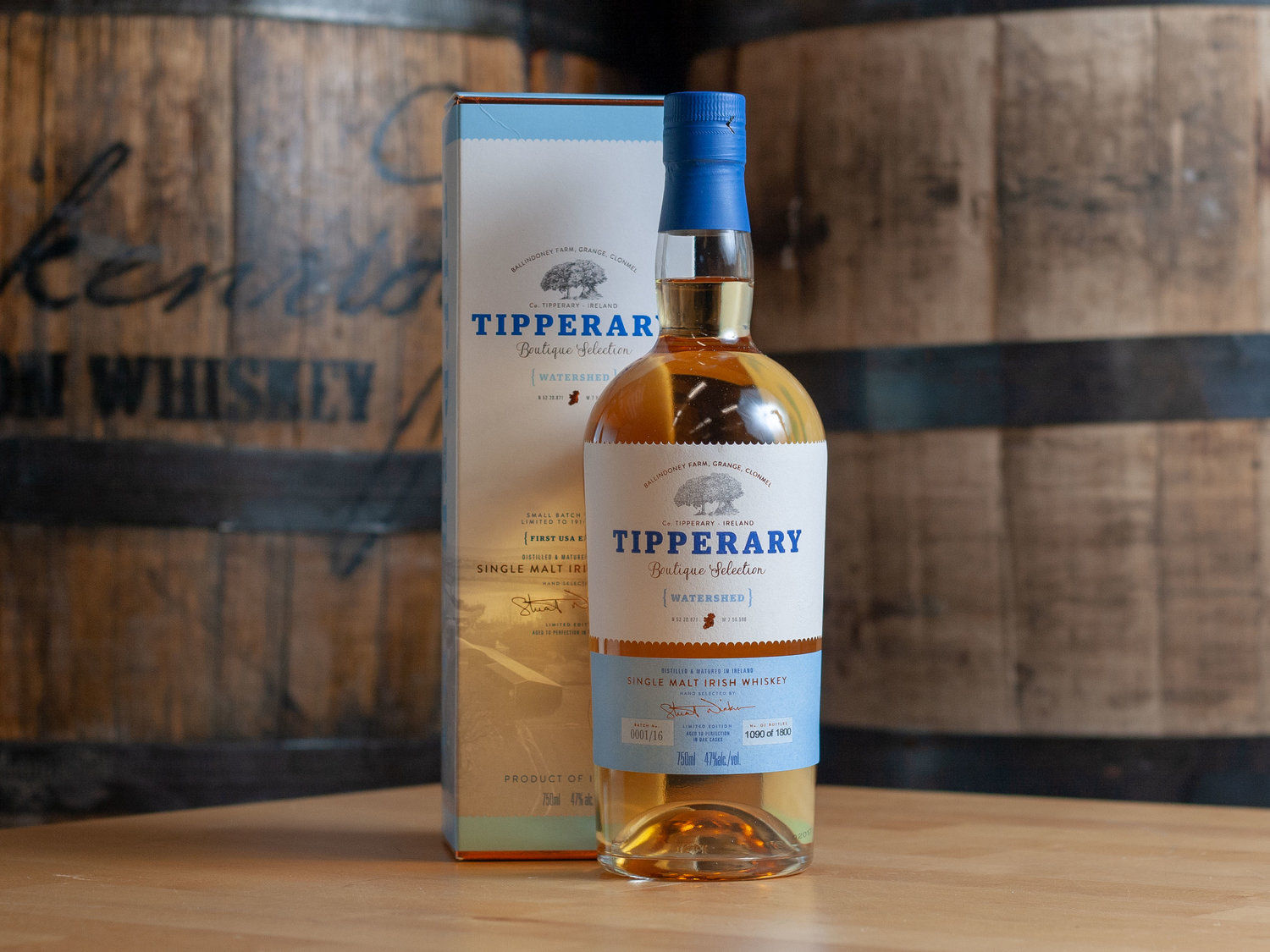 Everything that went into making the Tipperary Watershed whiskey came from the small eponymous Irish county itself. The malted grains come from the brand’s co-founder’s farms — which has been in operation for over 200 years — and the water used to cut the whiskey is procured from the wells found on the land. This spirit has a lovely honey hue with aromas of raisins, dried dates, Irish moss, and star anise. On the palate, the whiskey tastes of raisins and sultanas with hints of cinnamon and brown sugar, ending in a long finish. Each batch is drawn from a selection of six first-fill bourbon casks and bottled at 47% ABV.