6 new bars for your next night out this September 2018

It should come as no surprise that Kuala Lumpur is well known for its long list of popular bars. Fun fact: two local bars actually made it to the ‘Asia’s 50 Best Bars 2018’. For a country where more than half of the population discourages the consumption of alcohol, Kuala Lumpur has a wide variety of bars, offering specialty spirits and creative mixes. Some of them have been around the block while some are new bars hoping to make a name for themselves.

With so many bars popping up in 2018, it can be hard to keep track at times. Even neighbouring towns around KL also carry its fair share of popular watering holes, especially in Petaling Jaya. Of course, there are still plenty of other juggernauts out there who are capable of keeping your cravings satiated.

Here are some new bars in town that warrant a visit or two. 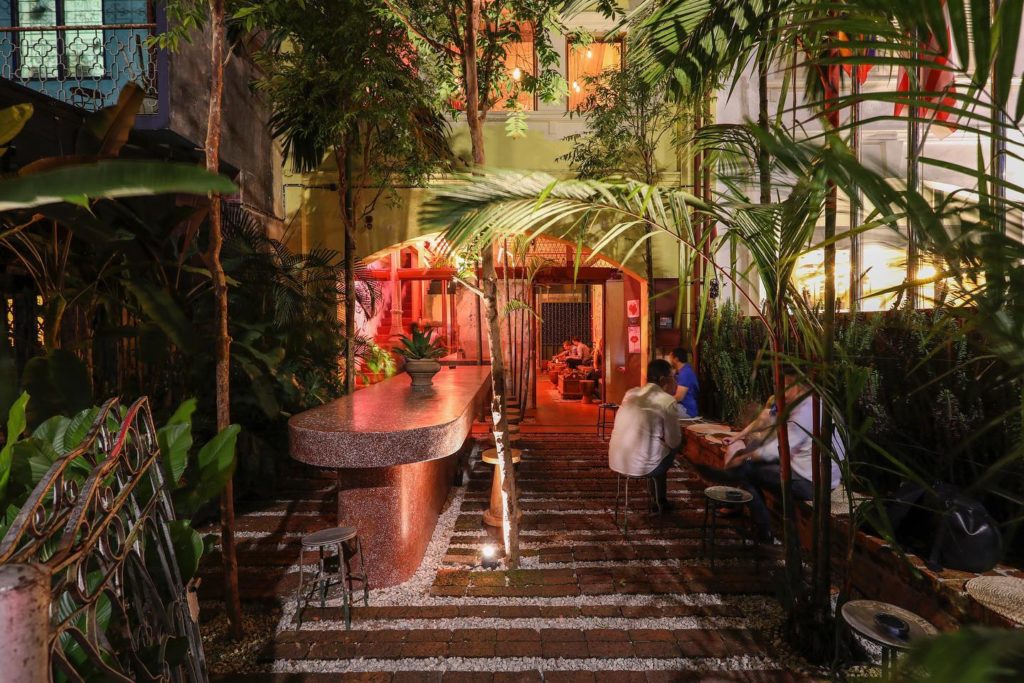 Bringing the vibes and atmosphere of the Caribbean into the hearts of Kuala Lumpur, Joloko oozes fun and charm from all facades. What was formerly a heritage home along Jalan Chow Kit is now home to one of the finest mezcal-focused bars. Tequila is also prominent in Joloko. Be sure to grab a bite before drinking yourself silly as Joloko prides itself on its food. Featuring a heavy African influence, Joloko aims to please with its playful menu while still maintaining a level of gravitas with its cocktails.

Formerly known as Qba Bar & Grill, it has since rebranded into the 443 Bar Lounge. Thankfully, The Westin KL has decided to preserve the unique design and architecture of its former occupant, thus giving the 443 Bar Lounge the same rustic look and feel the moment you walk in. Its name derives from the number of rooms available at The Westin KL, allowing the bar to pay attention to each and every individual guest. 443 Bar Lounge offers a wide variety of spirits, ranging from wine to whisky, vodka and gin as well as a great selection of cocktails. If you’re a fan of cigars, you’re in luck; 443 Bar Lounge also has plenty of top quality cigars available. 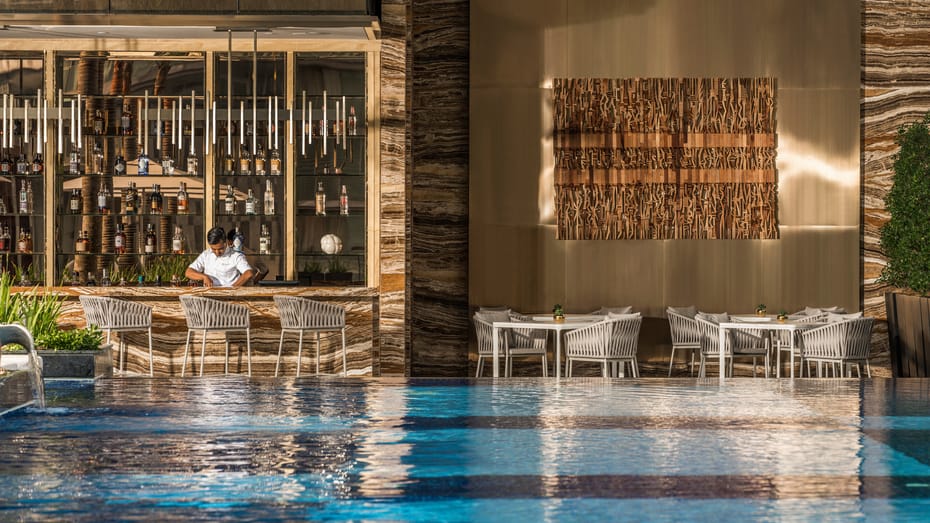 The Pool Bar & Grill is the latest addition to The Four Season KL’s wide repertoire of dining options. Focusing towards the Middle East, the Pool Bar & Grill aims to create a relaxing and casual atmosphere for its clientele. By day, it serves up a variety of Middle Eastern mezze and drinks but by night, it transforms into a stylish hookah lounge and grill. While the Pool Bar & Grill is only open until 10.30pm, you could pop by Bar Trigona after for another round of drinks if you haven’t drank your fill yet.

Another bar that is housed in a hotel is WooBar, which just recently opened its doors. WooBar is the staple in every W Hotel around the world, carrying its very own significant identity. KL is the latest to feature WooBar in its midst and along with it, the glitz and glamour. A selection of tapas and cocktails are available at WooBar, ensuring that you will not want to leave until it’s too late. Tastefully designed to meet the exceedingly high standards set by its compatriots, the WooBar in KL is vibrant and colourful, yet sophisticated when need be. 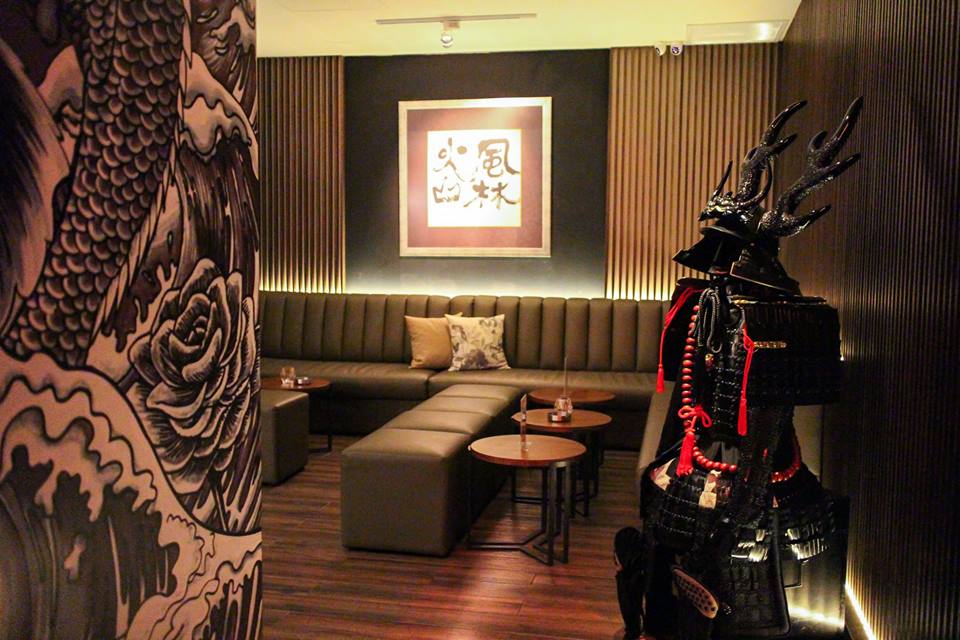 Although not particularly new, Kenshin breathes new life into the speakeasy bar scene in Kuala Lumpur. What was once formerly Tate, one of the forerunners in KL’s speakeasy scene, Kenshin does away with all that and instead, specialises in cocktails that focus primarily on Southeast Asian influences. Divided into four categories, each section of Kenshin’s extensive cocktail menu brings one on a journey through origins of each ingredient. The design of Kenshin also focuses on the Age of the Samurai with many nods towards the ancient Japanese warriors. 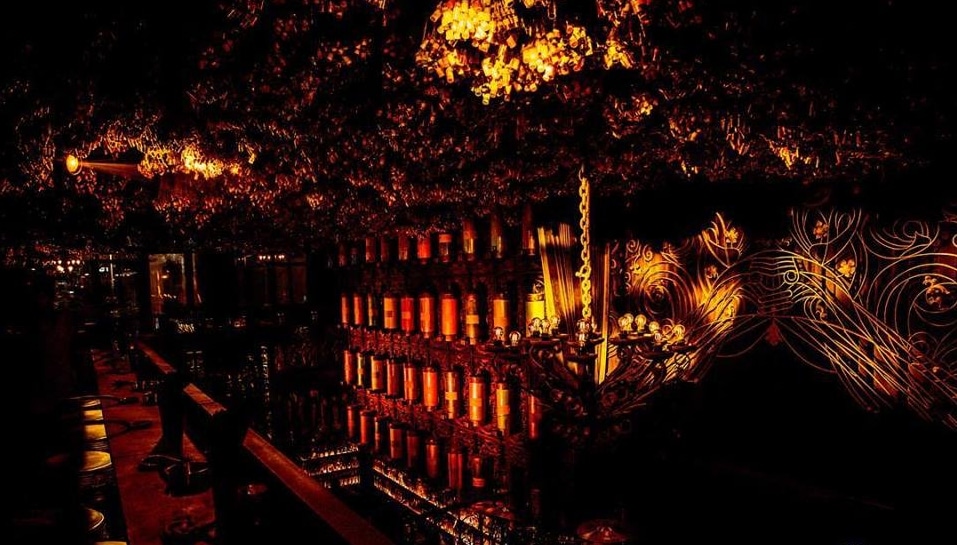 The latest bar to make its way into Kuala Lumpur also happens to be one of the most popular bars around the world. The Iron Fairies KL is the latest in the brand’s franchise that has seen other outlets pop up around Asia. Inspired by the same name of the children’s fairytale book, The Iron Fairies KL brings with it a tale of enchantment, much like its sister outlets in Tokyo, Hong Kong, and Bangkok. Each bar represents certain elements from the book, bringing a sense of mysticism and child-like wonder. For now, the Iron Fairies KL is available for a sneak preview with its official launch date set for 5 September 2018.

Bars The Westin KL Bars in KL W Hotel WOOBAR kenshin where to drink kl 443 bar lounge pool bar & grill the four seasons kl the iron fairies kl
Wi-Liam Teh
Senior Writer
Wi-Liam is a geek at heart with a penchant for tattoos. Never without a drink in hand (preferably whisky, gin, or Guinness), he is also a writer by day and a keyboard warrior by night. On his day off, he masquerades as a streetwear and sneakerhead enthusiast while his bank account says otherwise.
Tech Cars Watches Entertainment Food Drinks