These are the bars in Ipoh you should check out

You might find it difficult to believe, but there are actually, in fact, a lot of bars in Ipoh. The poison of choice in this limestone city is beer, and the many pubs around town are proof of this. But with so many places to try and so little time, which do you pick? Here’s where we come in to help.

We’ve rounded up a selection of bars in Ipoh that not only serve up an ice cold pint, but also a serious helping of a good time. Watering holes in Ipoh are more than just places to get a drink — they’re social venues to catch up with friends and family, let loose, dance, or even play a round of games. We’ve also thrown in an Ipoh specialty for you beer enthusiasts: snow beer. Far from just being another glass of cold beer, these people have taken it one step further and placed both the beer mug and bottle of beer in the freezer before serving it to you. The result is an icy, slushy golden liquid that still has its fizz. It can get pretty hot in Ipoh, and this mug of snow beer is the perfect remedy for it throughout the night. The best part is that you can’t just go to any bar in Ipoh to get this — it’s only available in two traditional Chinese restaurants in the old town of Ipoh.

Beer aside, we’re seeing the cocktail bar scene slowly but surely creeping into Ipoh. Naturally, it has to have old-world Chinese influences and be hidden. Are you prepared to go hunting for a cocktail bar, or just unwind in a pub after a long, hard day of trekking through Ipoh and enjoying its delicacies? We leave that choice to you. You might already know the Bricks & Barrels outlet in Desa Sri Hartamas well, but did you know that they also have a branch in Ipoh? Taking on the same exposed-brick, al-fresco pub design, Bricks & Barrels is undoubtedly one of the most known beer haunts in Ipoh. It helps that they also have an extensive list of food that spans local and Western delights — perfect to pair your beer with. 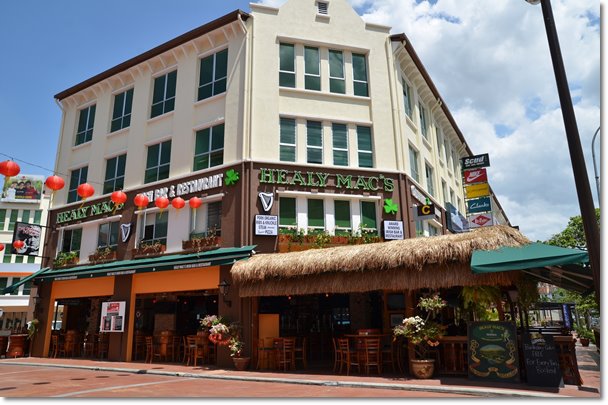 Also an offshoot of several known branches in KL, Healy Mac’s Irish Bar in Ipoh made its debut several years back to much success. After all, the Irish are synonymous with a good time at the pub. Healy Mac’s offer fresh beer on tap with stout brands including Guinness and Kilkenny. With such a theme, it comes to no surprise that expats in Ipoh enjoy the vibe at Healy Mac’s too. 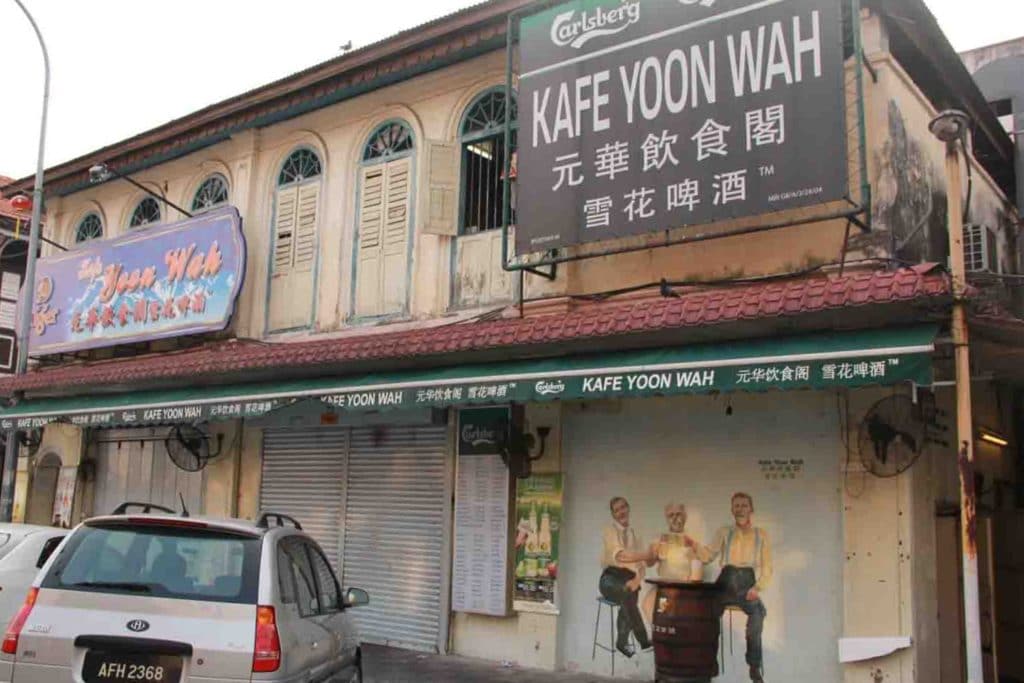 The odd one out on this list is Kafe Yoon Wah, which is actually a traditional Chinese dinner restaurant. But we have to include them in here thanks to their creation of “snow beer” back in 1998. The owners had the idea to put both the glass mug and beer bottle into the freezer before serving it to the customers, thanks to one particular customer who requested for “really cold beer” back in the day. This little trick results in an icy, slushy beer that will keep its cool throughout the night. Of course, it’s delicious frostiness will ensure that you will have more than just one mug. Here’s a tip: order their stuffed chicken wings to go with your snow beer for a great snack.

Cheese, Wine and Friends must be old to be GOOD… #friends #cheese #wine #ipoh #eurohouseipoh

One of Ipoh’s oldest gastropubs is Euro House, and it’s still popular with the locals till this day. Not only can you drink to your heart’s content and play pool and console games, but you can also have a nice date night here with their Western-inspired meals. If you want to meet locals and experience how Ipoh people let loose, this is the place to go to.

Over the next few months, Atas will play host to some of the leading bars in the local scene. Award-winning @skullduggery_kl and @skewerbarkl kicked off the first of the takeovers last 5th January, giving the chance to our esteemed guests a taste of @black.tai.affair and @keluarga 's perfectly crafted cocktails. Guests mingled and watched how drinks are professionally made, adhering to the standards of this tableau. Look out for our upcoming #guestshift in #February as we announce the dates in our following posts and don't miss the opportunity to rub shoulders or even get an autograph from our local industry's finest #bartenders!

If you’re in the mood to go hunting for hidden bars in Ipoh, definitely try looking out for Atas Speakeasy bar. This cosy, homey bar housed above a shop lot in Taman Jubilee boasts a good selection of specialty crafted cocktails, comparable to the ones you’d find in the Klang Valley. In fact, they have played host to several known bartenders for their bar takeovers. It’s the perfect bar in Ipoh to get your fix of quality cocktails.

Rooftop Restaurant & Bar is a favourite with the locals for a romantic dining spot higher above ground. But when you’re not sipping on a drink and looking out at the night sky, the spacious bar inside beckons. Play darts, a round of pool, or just sit and enjoy the live band performances with your pint of beer. Other than full Western meals, Rooftop Restaurant & Bar also serves up pub grub.