The best Beijing bars to have excellent craft cocktails

Several Shanghai bars may have made it on to Asia’s 50 Best Bars list this year, but Beijing bars are not lagging behind. In fact, it comes to more surprise that not many of their cocktail bars has made it onto the list.

However, being on the list isn’t measure of a great bar. These Beijing bars are proof of that, with a strong craft cocktail menu to accompany the outstanding themes that dress the interiors (and some, exterior) of these watering holes.

With so many bars constantly popping up in Beijing, it can be hard to keep track. For the pleasure of your refined palate, we have curated only the best craft cocktail bars in the city for you to visit the next time you’re there. These spots are favoured by both expats and locals for a good drink to end the night—or to begin it.

A special mention goes out to Capital Spirits, a craft distillery and bar that makes baijiu on-site and also serves it in a menu of inventive cocktails. It’s bound to change the way you look at this potent Chinese spirit. However, the bar is currently in the midst of looking for a new home, hence they are currently closed. Watch them closely for their reopening and pay them a visit as well. 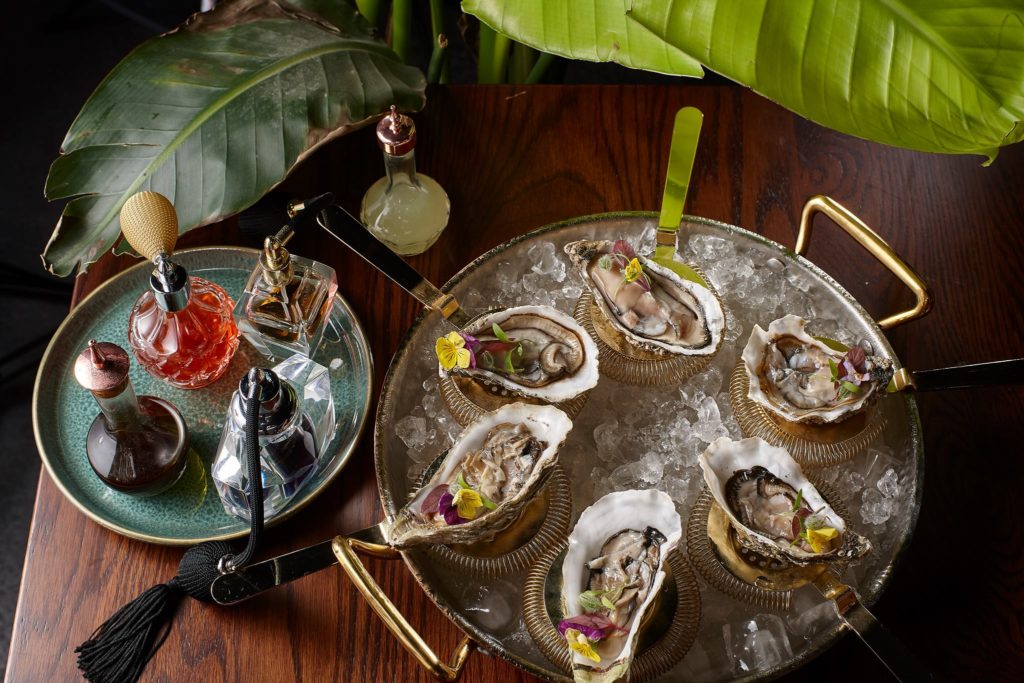 Does gin still win for you? Then head on over to Pickering’s Gin & Seafood Bar, Beijing’s first gin bar. In this collaboration between Edinburgh-based Pickering Gin with local craft brewers Panda Brew, this gin bar also serves up a fresh, extensive list of seafood. Back to the gin menu, you can find seven gin-based cocktails, all named after an emotion. Passion, for example, is a fizzy strawberry and hibiscus gin cocktail. Delight is a Thai gin tea made with condensed milk that has a toasty marshmallow aftertaste—pretty delightful. But if gin & tonic is still your cup of tea, they have a range of classic and botanical-infused gins to choose from. 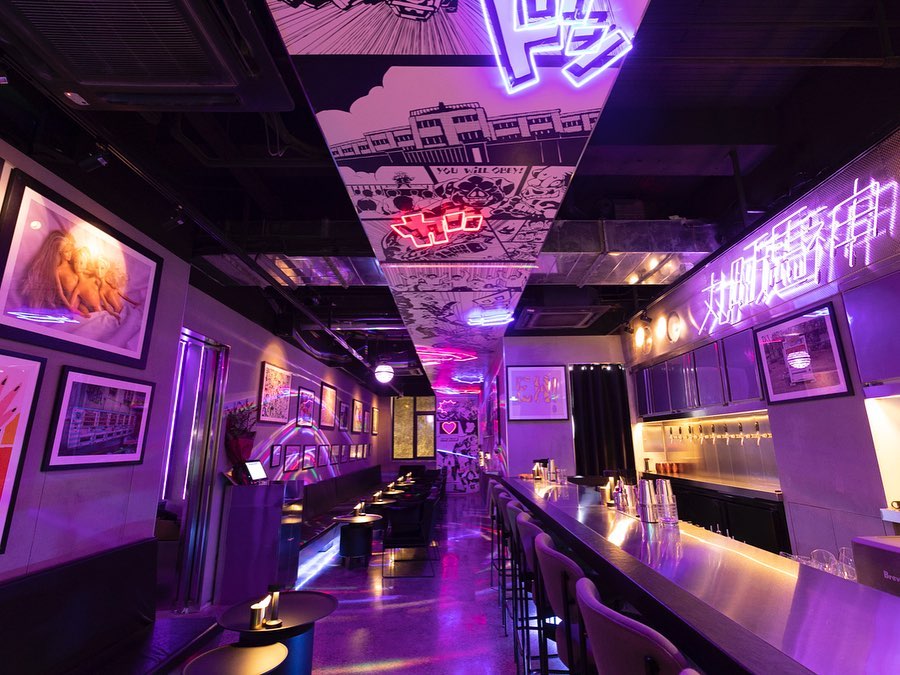 The Vending Machine gives an interesting take on the usual hidden bar agenda. Instead of opening up to a Prohibition-style bar, a wall of vending machines act as the secret entrance to a neon-lit, arcade-like bar. Yes, there are even arcade machines with classic games from the 90s. The style of bartending here is also different. The Vending Machine focuses on draft cocktails, which means they are pre-made in big batches. Thankfully, quantity doesn’t affect its quality. The bartenders on hand also cater to orders of bespoke cocktails, should you feel the tap is beneath you. 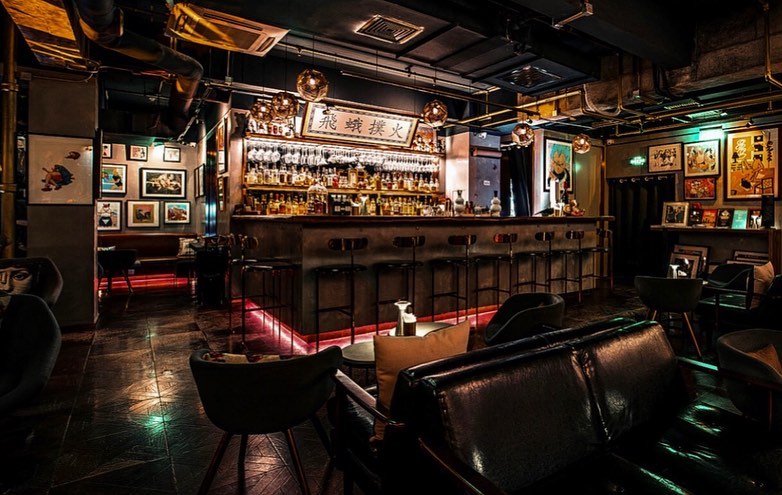 Is The Black Moth an art gallery or a bar? Patrons might almost mistake it for the former, thanks to the owners’ hefty collection of prints, photography, and art pieces adorning the walls. Oh, the owners of The Black Moth are also the same ones that brought you The Vending Machine. If art is at play here, then the drinks menu seems to reflect it as well. Cocktails come in artsy vessels, from a bird-shaped to snail-shaped glasses. However, the drink itself remains simple without going over the top with experimental flavours. The Cumin Gin Sour is a good one to start with, while the saffron barrel-aged gin Martini is an interestingly botanical one to have. Unlike its name, Scandal Bar looks anything but scandalous. In fact, it’s quite pretty and in-trend with its tropical vibes—rattan chairs, marble bar, palm trees, and all. On the mezzanine level, silent films are projected onto the walls for extra mood. Meanwhile, the menu here has been designed slightly differently. The cocktail is named after its dominant flavour, which can either surprise or horrify you—but it’s mostly the former. For example, the Almond cocktail has Chinese orgeat, chocolate bitters, lime juice and a Kalamata olive as part of its ingredients list. 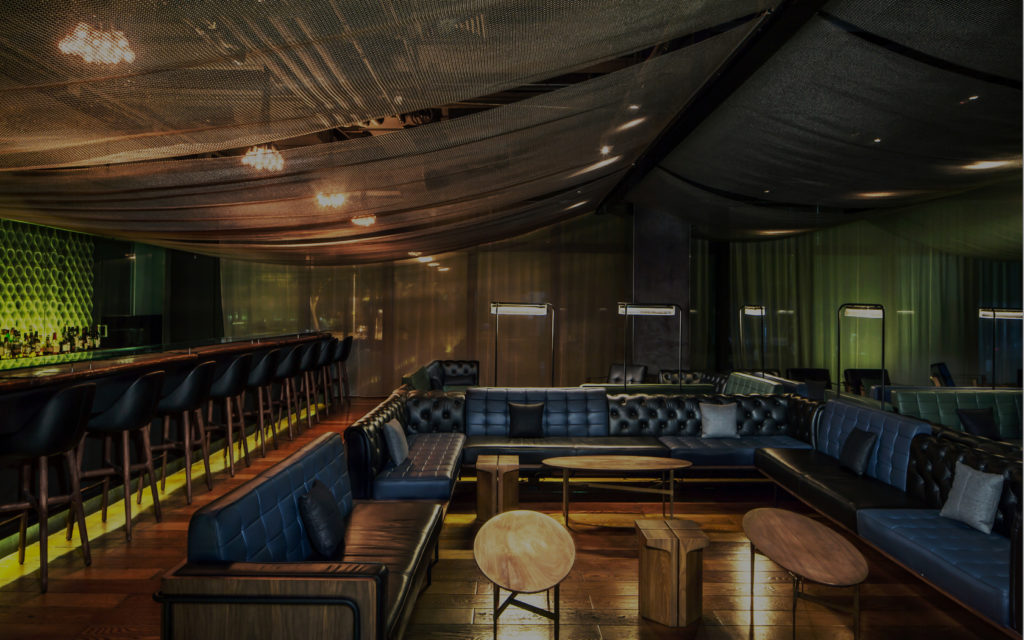 It’s just as well that gorgeous boutique hotel The Opposite House also houses an equally gorgeous bar, Mesh. This swanky bar is decked out in green, dark wood, and navy leather—all very elegantly sophisticated fittings. If you’d like some fresh air and the weather permits, there’s a pleasant outdoor area as well. The cocktail menu doesn’t disappoint either. Be sure to try some of the bar’s signature Martinis, including a very refreshing Lychee Martini.

(Picture: The Opposite House) 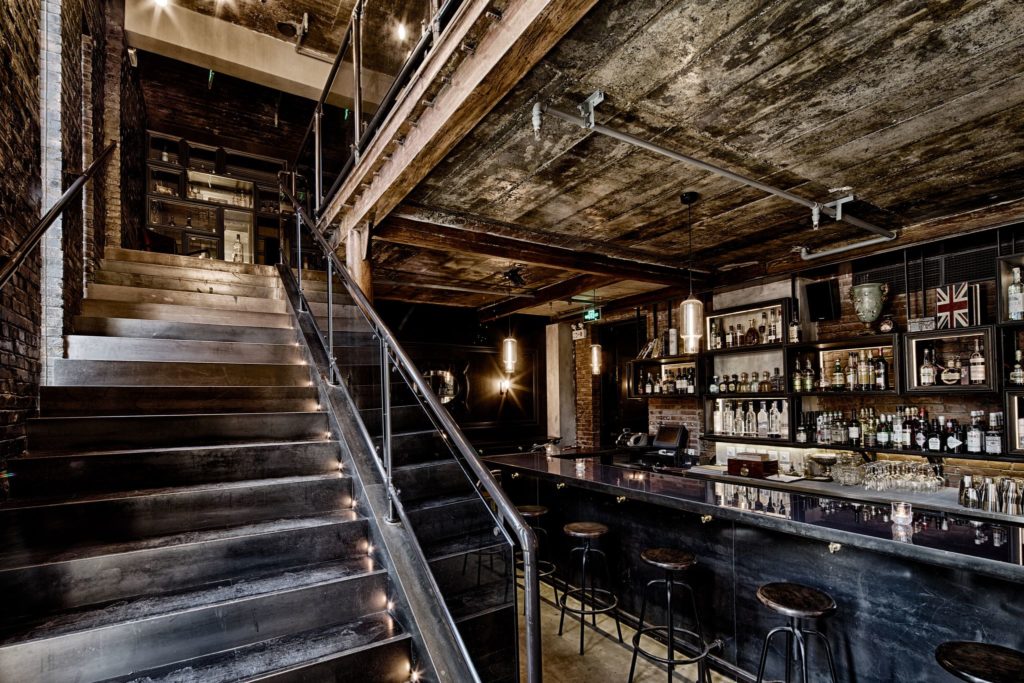 In 2017, this bar got the 33rd spot in Asia’s 50 Best Bars. Since its opening in 2012, it’s been one of the better cocktail bars in town. It has been described as a “modern take on a vintage dive bar” with its exclusive use of wooden panelling and concrete floors. Here, they specialise in modern takes on classic cocktails. For example, the New Fashioned is a reinvented Old Fashioned made with walnut-infused rum and cacao bitters. 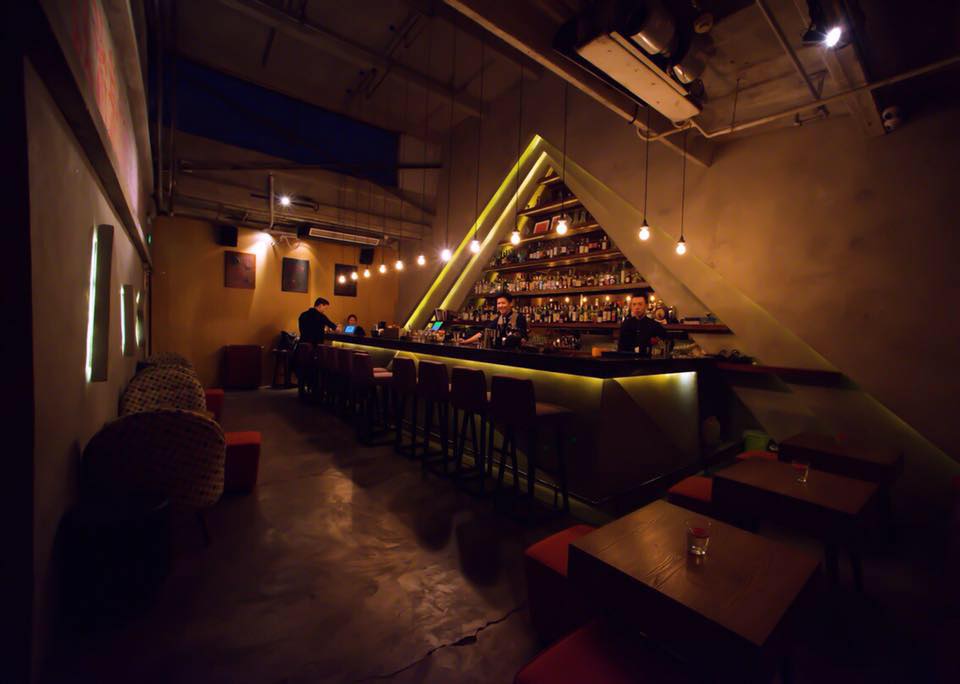 Creative craft cocktail is at its pinnacle at the Infusion Room, a hidden bar in Sanlitun. People will say that you’ll need a passcode to open the door, but rest assured that you can still get your cocktail fix even without it. This swanky joint is a little pricier than its neighbouring bars, but you can be sure to get top-notch cocktails here. Try the sous-vide oolong-infused bourbon cocktail, or you can be adventurous and try the savoury Kombu Soup made with Japanese seaweed, Talisker 10-year-old scotch, gin, olive oil, Cocchi Americano, and salt water.

Beijing beijing bars bars in beijing
PohNee Chin
Editor, Kuala Lumpur
Poh Nee is the editor and writes about travel and drinks. When she's not living out her holiday dreams via Google Earth and sipping on an Old Fashioned down at the local bars, you can find her snug at home bingeing on Netflix and mystery fiction.
Travel Drinks