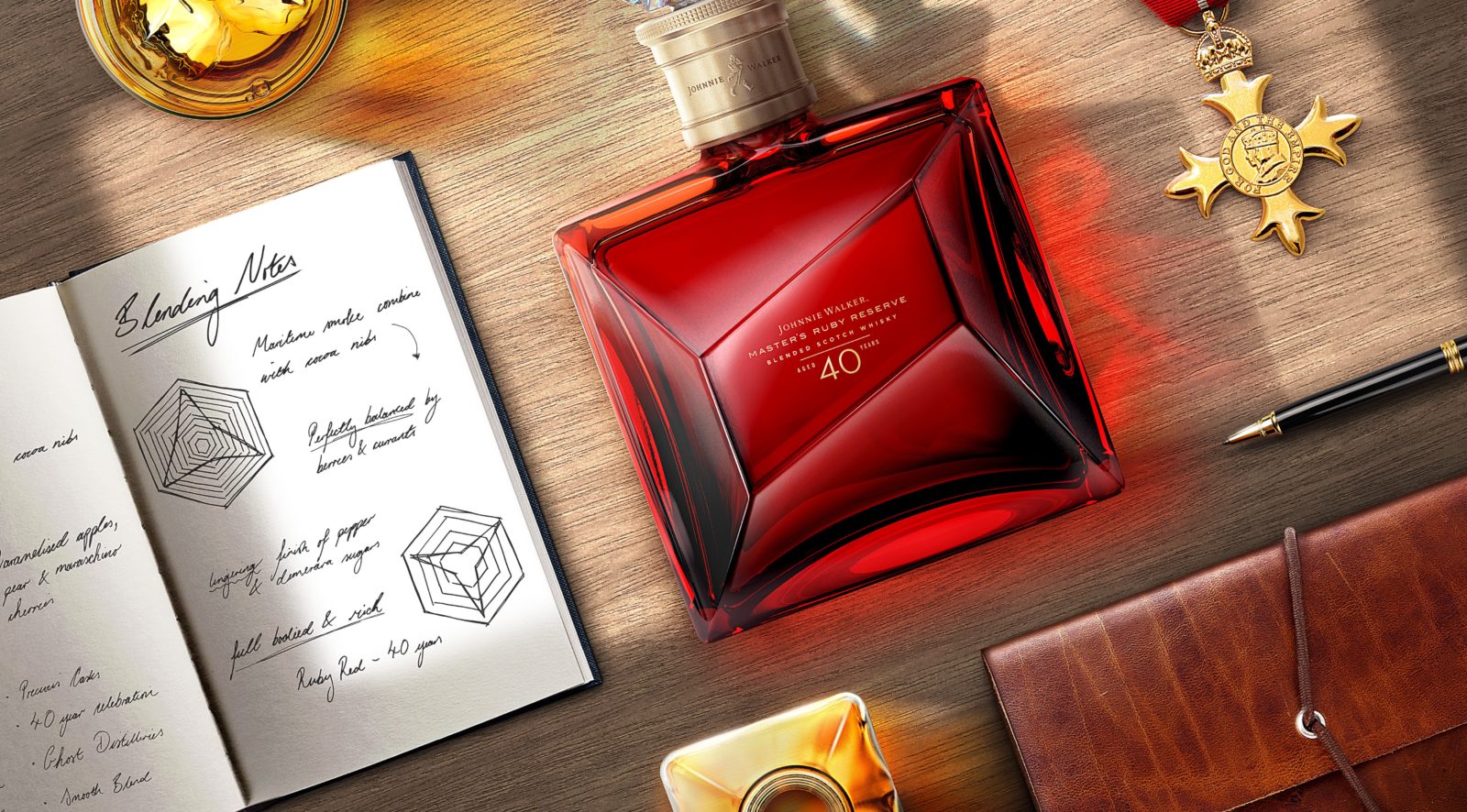 You may be thinking about Father’s Day, but with these 9 of the most expensive whiskies from Scotland you can buy right now, you may want to get it for other occasions too.

There are whiskies and there are whiskies – or whiskeys for the matter but that isn’t the point I’m attempting to make today. Today is about quality whiskies that are absolutely blasphemous if you mix it with anything other than a drop of spring water to open up the perfumed notes. As Cristiano Ronaldo famously cried at a press conference, “Agua!” So that rules out Coca-Cola and the likes but to have it neat or over rocks.

You might like this…
Food & Drink
The Singleton’s latest limited edition 38-Year-Old is the only bottle you should look at in 2021
Food & Drink
If you love The Macallan, here’s the chance to add another exclusive whisky to your collection

With Father’s Day coming up, you can show your appreciation to him by showering him with these amber liquids taken decades to mature, much like how he nurtured you from a baby to an adult. These whiskies are among the most expensive on the market at the moment of writing in Malaysia. By that extension, they are also scarcely found, highly limited in availability. This is reflected in how they are retailed. You won’t encounter all of them at the supermarket. Some of which are so exclusive that their retail prices aren’t advertised. After all, as the adage goes, if you feel the need to ask, you can’t quite possibly afford it. To express your interest in procuring, you just have to ring up the brand representative.

Anyway, enough babbling and let’s get down to the most expensive Scotch whiskies you can buy. Dare I say, they may look quite impressive on the cabinet once hosting friends at home becomes legally permissible again.

All images courtesy of respective brands A celebration of the brand’s genesis dating back to 1820, the Bicentenary Blend takes connoisseurs on a sensorial journey through the fragrant aisles of John Walker’s original grocery store. The flavours listed on an original stock inventory were expertly recreated in this expression, crafted using rare and exceptional whiskies, all aged for at least 28 years. They include those sourced from long-closed “ghost” distilleries including Pittyvaich, Cambus and the soon-to-be-reopened Port Ellen. Matured for a total of 32 years, this Islay expression traces its provenance to a dozen casks distilled in 1984, serendipitously filled on the last day of the year. Laying dormant to develop depth and character till 2008 when the master distiller identified this parcel for an elaborate final leg, it was then re-casked into fresh ex-bourbon barrels prior to bottling. At 43.7% ABV, cask strength, though it is listed as sold out globally, you can still find it at a local retailer. 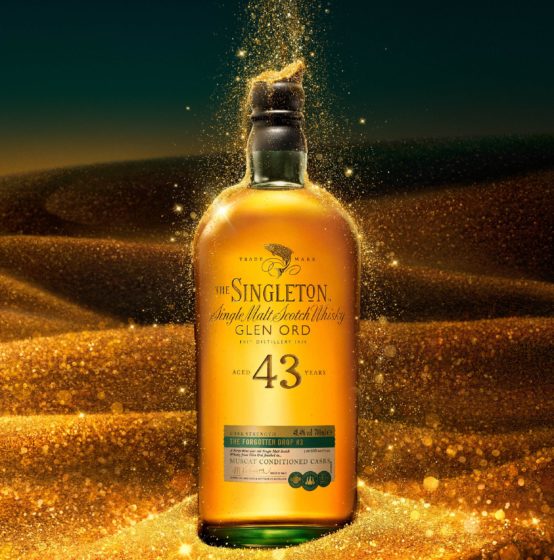 The third offering in the Forgotten Drop Series brings upon a new dimension to the Glen Ord house style, with the 43-year-old liquid finished for four months in two hand-selected Muscat-treated American oak firkin barrels before being bottled at natural cask strength of 48.4% ABV. These final few months of maturation created the sweet, aromatic oak flavours, accentuating the depth and complexity of this expression. 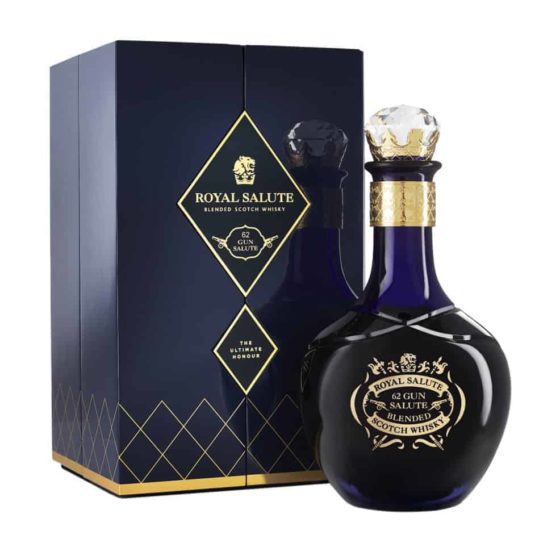 Named as such after a 62-gun salute fired from the Tower of London, this ceremonious tradition is reserved solely for the most important royal anniversaries. Not surprising given that Royal Salute was created in 1953 to mark the coronation of Queen Elizabeth II. While all Royal Salute whiskies begin at 21 years of maturation, this particular expression is aged for at least 40 years. What you have in the presentation is an elegant blue decanter inlaid with 24k gold. From the most northerly distillery in Scotland located on the windswept Orkney archipelago, the 2019 expression of this 40-year-old whisky drew from just 5 refill casks laid down prior to 1979. It was then brought together in 2008 and rehoused into first-fill sherry-seasoned American oak casks for another 10 years of maturation to elevate the flavour. An exceptional release from Glenfarclas, this expression from a single cask, numbered 1820, was distilled on 2 June 1959 and aged for 60 years until 8 November 2019 entirely in a sherry hogshead. To complement the whisky, the presentation box is designed and crafted by Neil Stevenson, the Queen’s cabinet maker, while the decanter is a bespoke, hand-blown Glencairn crystal, featuring hand-drawn illustrations of the distillery’s warehouse doors. Only 105 bottles were produced. What could go wrong with a whisky that warrants the Baccarat crystal decanter? Nothing. Matured in American white oak ex-bourbon casks before spending five years in 1961 and 1963 vintage Colheita port pipes, this whisky was then married together and finished in first-fill American white oak ex-bourbon casks. It tastes as velvety as it sounds. How many bottles of this 45-year-old were produced you wonder? Not more than 500. Composed of some of the finest Scotch in the Johnnie Walker reserves, all the whiskies used to create the Master’s Ruby Reserve are at least 40 years old with only 398 bottles available globally. They include “ghost” whiskies from Cambus, Carsebridge and Pittyvaich that impart layers of rich fruit flavour. Presented in a beautiful, hand-crafted golden-red Baccarat crystal decanter, counting a process of fusing the clear crystal with 24k gold powder at exactly 540°C to achieve the sexy golden-red finish. As indicated by its name, this exceptional whisky was distilled in 1978. Aged for 39 years, it was bottled in 2018 at 59.2% ABV, cask strength, drawing from a second-fill re-made American hogshead oak cask. Cobbled together from mysterious sources, there is this intrigue factored into the whisky, because you won’t know what the original casks were until you taste it. Unusual of The Macallan, this expression offers a peated element. Only 243 bottles were released. It is for sale in a limited-edition bundle that also contains the exquisite No. 6 and the M whiskies.

Price
RM148,288
Shop
Macallan Johnnie Walker Whisky Bruichladdich Royal Salute John Walker & Sons dalmore singleton
Justin Ng
Digital Content Director, Kuala Lumpur
Often think of myself as a journalist and so I delve deeper into a range of topics. Talk to me about current affairs, watches, travel, drinks, new experiences and more importantly, the business, economics and dynamics behind it.