Home > Food & Drink > Drinks > Around the World with 4 Iconic Wines: An Evening with Mr. Jean-Guillaume Prats

Around the World with 4 Iconic Wines: An Evening with Mr. Jean-Guillaume Prats

Food & Drink
Around the World with 4 Iconic Wines: An Evening with Mr. Jean-Guillaume Prats
Share this article
Next article

The best of wines have the ability to transport you to completely different places, with its aroma, far-reaching history and dedication to craft. In a curated wine-pairing dinner by Moët Hennessy Diageo Malaysia, Mr. Jean-Guillaume Prats (President and CEO of Estates & Wines) took us through the distinctive expressions and the stories behind 4 iconic wines.

The journey began with New Zealand’s aromatic Te Koko sauvignon blanc. Followed by a dark Cape Mentelle cabernet sauvignon from Australia, to the complex yet elegant Cheval des Andes’ red wine. Lastly, the luxurious Ao Yun, which has garnered international acclaim as the best wine in China. Each of these wines were complemented by specially crafted dishes at Stoked Medan Damansara.

Prats ended the night by musing the principles of what characterises a luxury product, which underlies these 4 wines. “It is about long standing tradition, strong DNA, but also creativity and respect for innovation.”

Come fly away with us and discover more about the wines below.

Te Koko offers all the aromatic and freshness you would expect from a New Zealand sauvignon blanc, but impresses with more depth, complexity and a flinty minerality. There are aromas of honeysuckle and sweet herbs, with exotic hints of kaffir lime and lemongrass. This wine pairs beautifully with seafood. The fruit and bright acidity in the wine are a perfect compliment to this refreshing octopus, with gooseberries, mixed nuts and sushi rice dish. 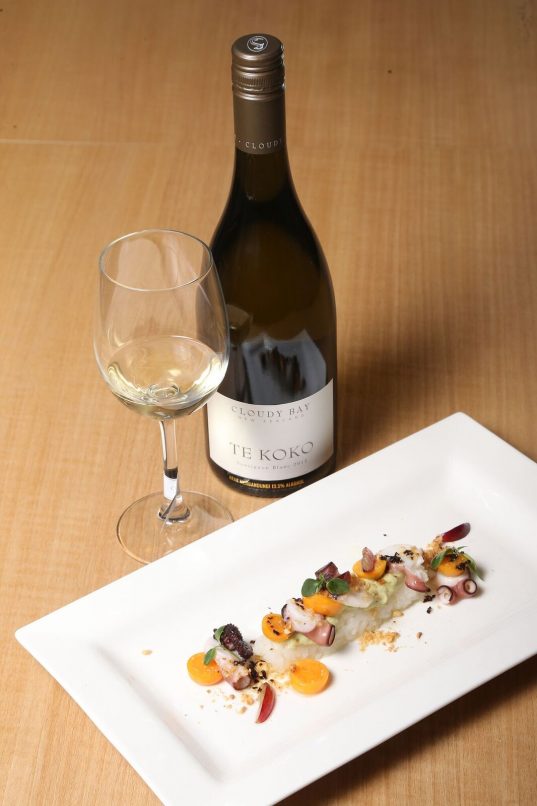 Cape Mentelle’s cabernet sauvignon explodes with red currants and fresh cassis, followed by cloves and juniper berry. Cheval des Andes 2012 is a more subtle combination of freshness, balance and ripeness. There are notes of tobacco and white pepper, followed by notes of ripe yellow fruits such as apricot, black fig and quince jam. Both wines pair well with prime rib roasts or game birds, such as this pheasant, spinach, blackberries & red wine syrup sauce. 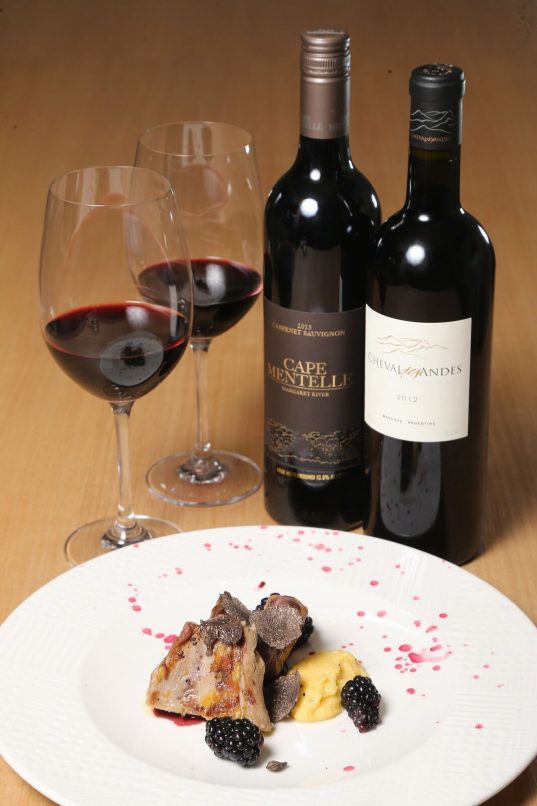 The luscious Ao Yun 2013 is garnering worldwide acclaim as the best wine produced in China, but it was not without much risk taking and logistical challenges. With no former experience of harvesting in China, Estates & Wines took the leap and began planting the vines in 2002.

Ao Yun, translates to “flying” or “roaming above the clouds”, which is aptly named due to its steep, terraced vineyards that go up to about 2,600 metres. The altitude means that there is high light intensity and exceptional photosynthesis, resulting in a deeply coloured wine with great freshness. There are aromas of blackberry, blueberry and olives, with hints of bark that paired beautifully with our wagyu bavette dish. 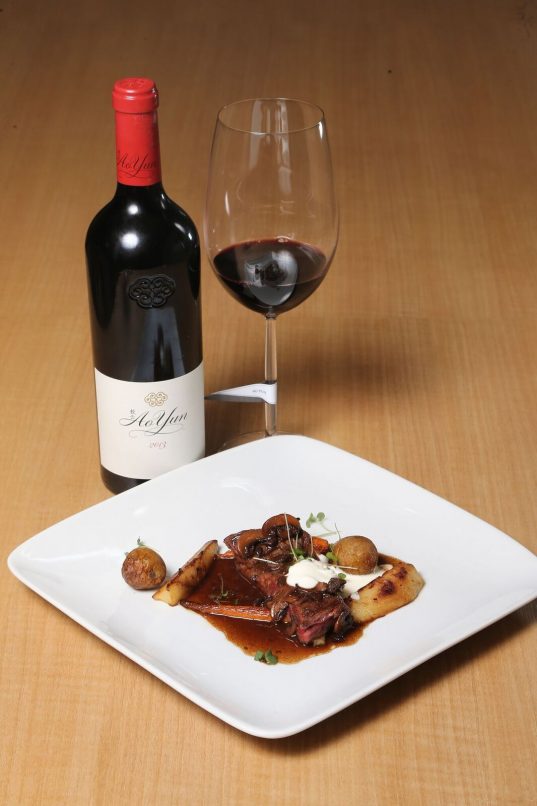