Of course, the Japanese had to do everything excellently, including gins.

Ten years ago, no one would’ve thought that the next artisanal gin boom would come from Japan. The country was already known for a plethora of other spirits and alcoholic beverages — sake, umeshu, and shochu being but a few that had already taken the world by storm. Today, the country has managed to apply its meticulous art of distilling to gin-making, and we’re all for this new frontier.

What is it exactly that makes Japanese gins so compelling, you ask? For one, the country’s diverse agricultural scene has paved the way for some of the most amazing botanicals. While juniper remains to be the dominant component in gin, it is native produce like yuzu, sancho pepper, and matcha that bring a unique complexity to the table, creating a spirit that’s both familiar but also unmistakably Japanese.

Then there’s her mastery of base spirits, of which distillers have toiled to perfect over generations. Many of these craft gin makers herald from established distilleries who have already mastered the art of producing alcoholic beverages like sake or shochu, so the foundation on which they build on is already on solid ground.

While gins like Roku and Nikka Coffey Gin have already found their way into the homes and hearts of gin lovers, there remains to be a wealth of lesser-known labels still waiting to be discovered. From Ki No Bi’s romantic interpretation of Kyoto’s heritage to Masahiro’s Okinawan tribute, here are the best Japanese craft gins your home bar needs.

This dry spirit by The Kyoto Distillery found itself a worldwide audience when it first launched in 2016, making it one of the first Japanese gins to do so. As the first of its kind in Kyoto and Japan’s first distillery dedicated to artisanal gin, Ki No Bi is a beautiful representation of the city’s tradition and agricultural might.

For starters, the gin is based on a rice spirit and made using water from the sake-brewing district of Fushimi. Local Kyoto produce such as Gyokuro green tea and yellow yuzu are also used as botanicals, alongside Japanese cypress, bamboo and green sansho. The result is a gin that’s just as easy to drink neat as it is in a gimlet. The distillery also offers other expressions, such as the Ki No Tea, a gin created in collaboration with tea-grower and blender Hori-Shichimeien, which sees super-premium Uji tea being infused into the spirit — perfect for matcha lovers. 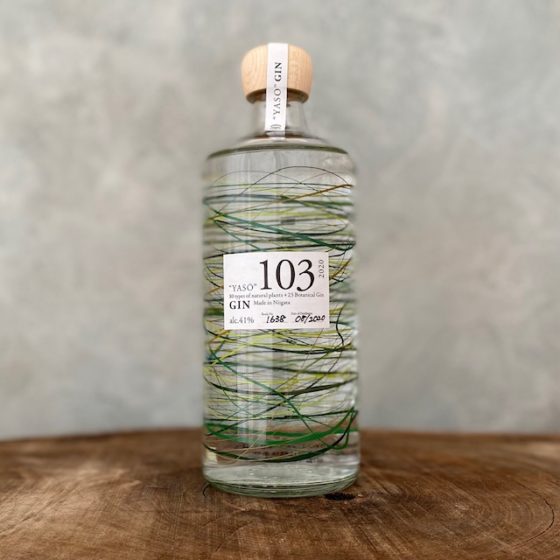 Another sake-brewing region hoping to distill their unique character into gin-making is Yaso103 in Niigata. With its pristine water sources, fresh air, and stellar produce, it’s little wonder that the craft gin is just as noteworthy. 80 types of natural plants and 23 local botanicals were used in the making of this, including cloves, ginseng berries, and Japanese carrot leaves. Unlike other gins though, this one doesn’t come from a lineage of sake or shochu distilleries. Instead, its parent company, Echigo Yakuso, is a herbal remedy company that creates health products centred on the Japanese mugwort. 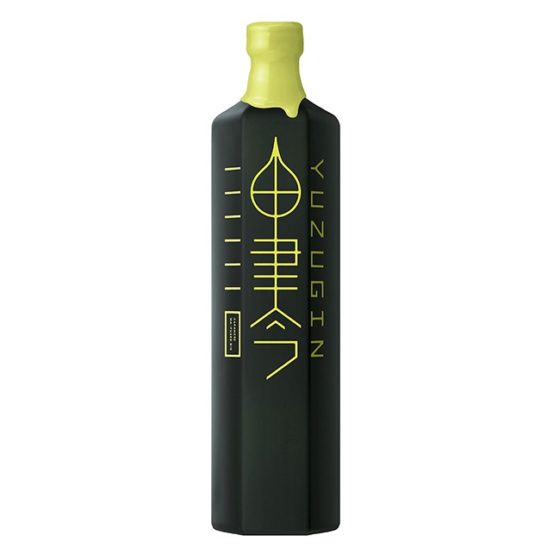 Distilled by Kyoya Shuzo in Miyazaki prefecture, Yuzu Gin is a fine example of how versatile the Japanese citrus is. Here, local yuzu is placed at the forefront alongside two other native Miyazaki citruses — hyuganatsu and hebess — to add even more freshness and brightness to this spirit. Meanwhile, aromatics like ginger, Japanese elderberry, and the distillery’s famed shochu — made from purple sweet potato — come together to add complexity and plenty more character to this fragrant and immensely elegant gin. It’s obvious that Sakurao is proudly Hiroshima. As the city’s first ever craft gin, it spotlights produce that’s native to the historical city. The Limited, for example is made with 17 fresh and unique botanicals from the district’s land and sea, each distilled using a combination of steeping and vapour methods. Amongst the botanicals used are the shells of local oysters that have been raised in waters near the distillery to impart a unique brininess, as well as Hatsukaichi wasabi, perilla leaves, and sakura petals for its subtle fragrance. Over in the Wakayama prefecture, Nakano BC — which has expertise in producing sake and umeshu — has chosen koyamaki (Japanese umbrella pine) as the predominant aromatic for its Kozue gin, making it the first ever to use these endemic pine needles as a botanical. Interestingly, this earthy fragrance punctuates through the juniper aroma, so don’t expect the workings of a traditional dry gin with this one. Still, the sansho, bursts of berries, and zesty freshness from mandarin and lemon peels manage to shine through, creating a spirit that bottles the best that Wagayama’s nature has to offer. What’s a distillery to do when there’s a surplus of 20,000 litres of Budweiser lying during the pandemic? Make gin, of course. Craft distiller Ethical Spirits Co. gave the unwanted brew a new lease of life by turning the excess into gin, distilling them with beech tree chips, juniper, and lemon peel in the process. The result is a spirit that boasts a surprising aromatic complexity, with a hint of sweetness that’ll no doubt be a choice pairing with savoury or spicy foods. Over in the tropical paradise that is Okinawa, distillers are turning to awamori — the island’s traditional spirit — to create a new take on gin. The alcoholic beverage, made from long grain indica rice, is distilled alongside juniper and other unique Okinawan botanicals, including guava leaves, roselle hibiscus flowers, shekwasha (a green citrus fruit), and goya, Okinawa’s very own variation of bitter melon. The spirit is then distilled in pot stills instead of traditional columns, giving it a sharp fruit sweetness that’s balanced with leafy notes and fresh citrus blossoms. If there was a distillery that worshipped George Orwell, it’s Benizakura, especially since it named its first ever gin after his 1984 novel. The numbers in its name have been inverted to express the exact opposite of Orwell’s description of dystopia, but its really its flavours that drive this story home. With the abundance of stellar produce from Hokkaido, it was only natural that the distillery used them in its creation, and so counts dried shiitake mushrooms, Hidaka kelp, dried daikon strips, and matcha in the exotic repertoire.

Drinks Japan Gin mco food drink
Shatricia Nair
Shatricia Nair is a motoring, watches, and wellness writer who is perpetually knee-deep in the world of V8s, tourbillons, and the latest fitness trends. She is fuelled by peanut butter and three cups of coffee a day.
Motoring Wellness Watches