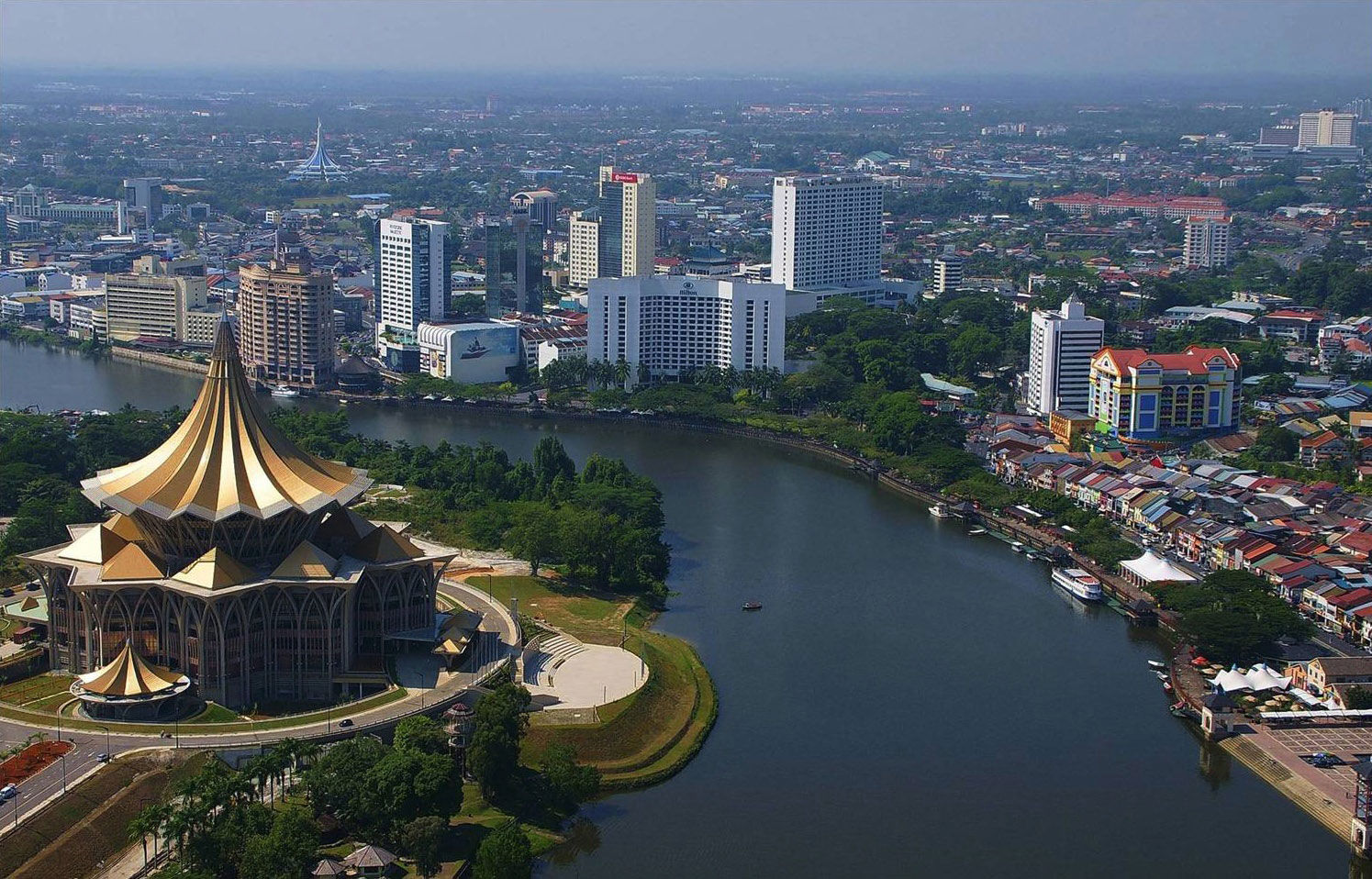 Bar guide: Where to drink in Kuching, Sarawak

Food & Drink
Bar guide: Where to drink in Kuching, Sarawak
Share this article
Next article

There’s more to the East Malaysia drinking scene than just tuak. While the fermented rice drink holds a dear place in the heart of the Borneo denizens, there is much to explore, especially when it comes to places to drink in Kuching, the capital of Sarawak.

When it comes to food, we’re certain you’ve filled up a long list of places to visit and snacks to try — hello, kolo mee. We know you won’t run out of activities to do in Kuching too, from getting your fill of forest bathing in the national parks to soaking in the indigenous culture. But when it comes to drinks, know that there is more to drink in Kuching than just regular beer bars. Places to drink in Kuching are social venues where you go to see, be seen, and mingle with the friendly guests.

Our bar guide will show you where to make the best out of your nightlife there. There’s a vegan-friendly bar, a vintage bar on one of the oldest streets in Kuching, and bars that show you can have a good time while saving an endangered species of animal native to Borneo. Ready to have a tippling good time? Scroll down for more. 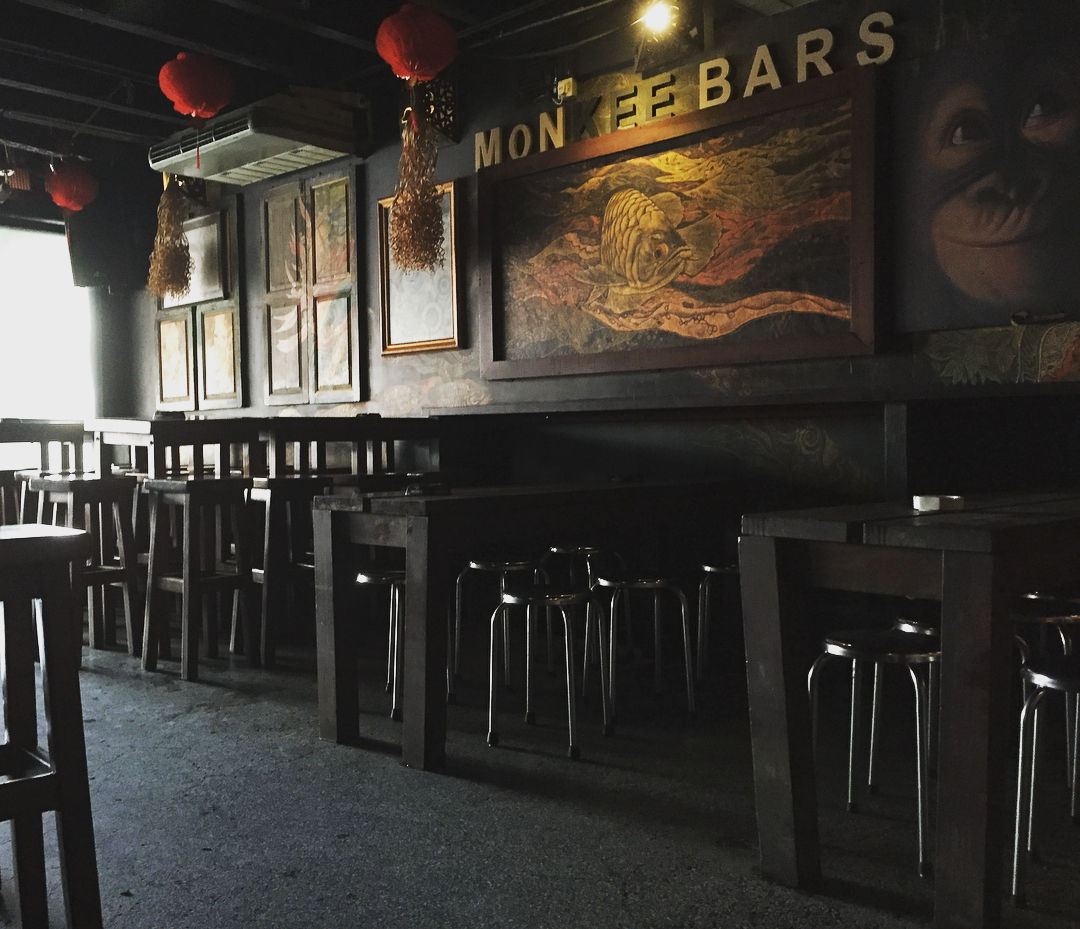 Look for places to drink in Kuching and Monkee Bar Bistro is most likely the first place to crop up in the search results. Not only is it one of the more hip places to see and be seen, the bar also pledges one third of its profits to be donated to the Orangutan Project. Go for the drinks, be merry, and save an orangutan in the process. 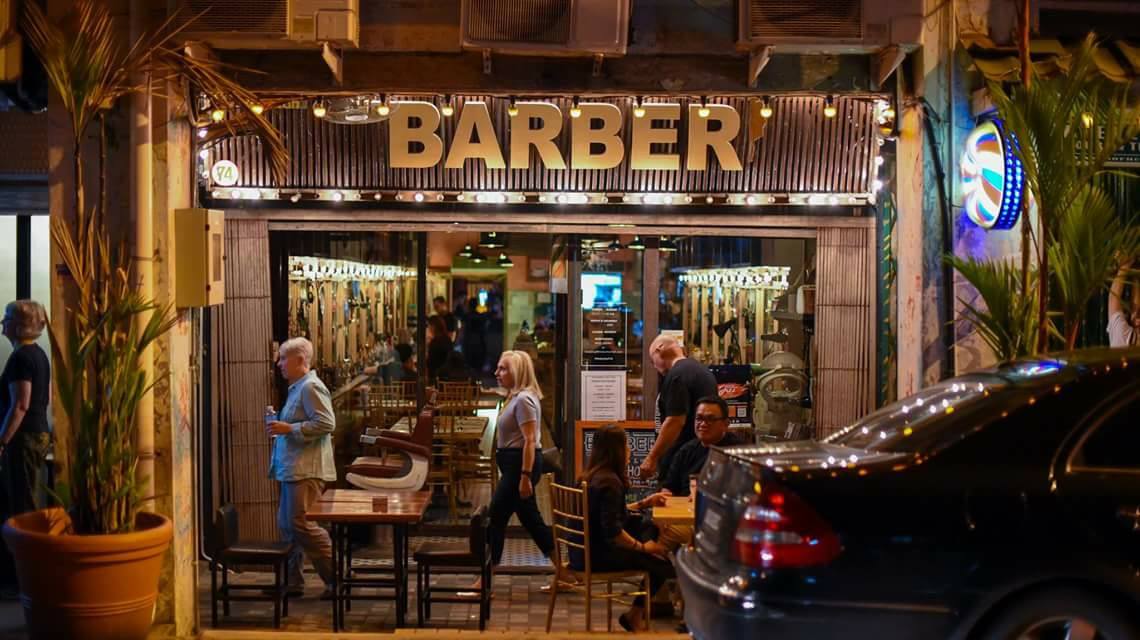 This cafe and bar resemble a barbershop on the inside, but that’s where the similarities end. One of the city’s best-rated gastrobars, The Barber Cafe & Bar offers some interestingly-named cocktails including That B*TCH!! which consists of Bacardi, Malibu, coconut cream, blue curacao, and pineapple. There’s also a tuak-based cocktail named Happy Penny, consisting of sugar cane tuak with fresh mint. 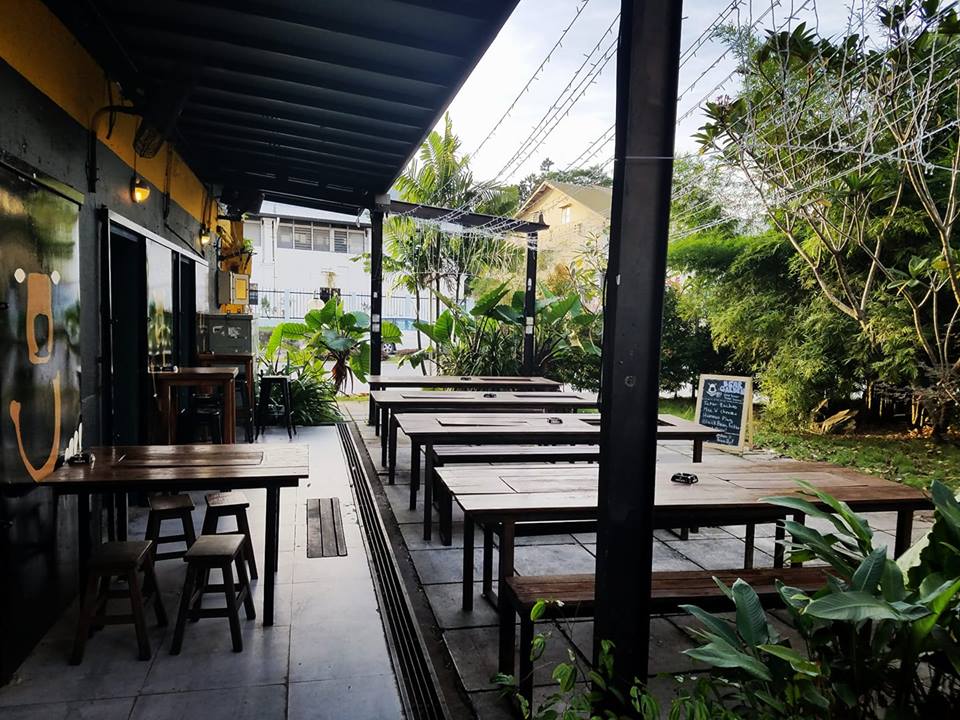 Vegans will feel right at home in the Bear Garden with its vegan-friendly bar that’s conscious of eco-conservation efforts. It helps that it is surrounded by lush greens, making the place feel welcoming. Like Monkee Bar Bistro, they’re also into orangutan conservation efforts. 50% of their profits will go to an orangutan rehabilitation centre, Matang Wildlife Centre. 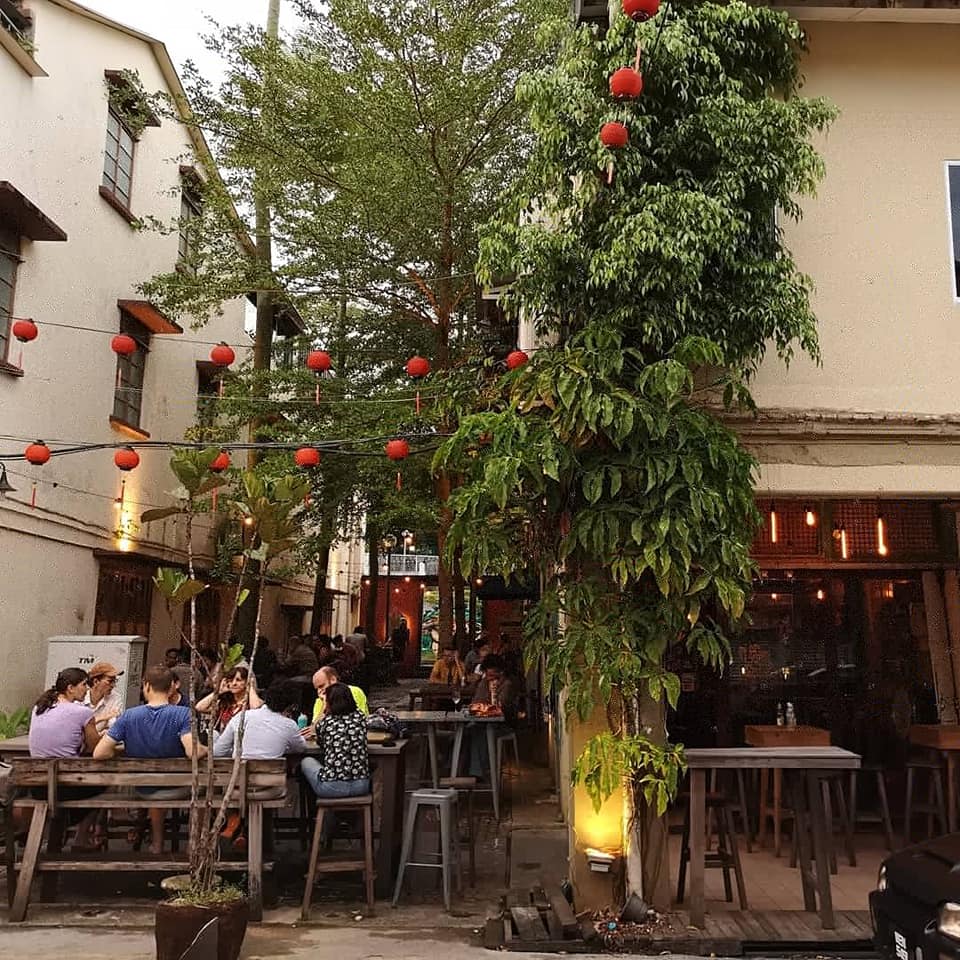 Al fresco drinking is given a Kuching makeover at the Drunk Monkey Old Street Bar. One of the city’s older watering holes, this vintage-style bar is popular with the locals, expats, and even backpackers. Expect a long list of alcoholic drinks available. 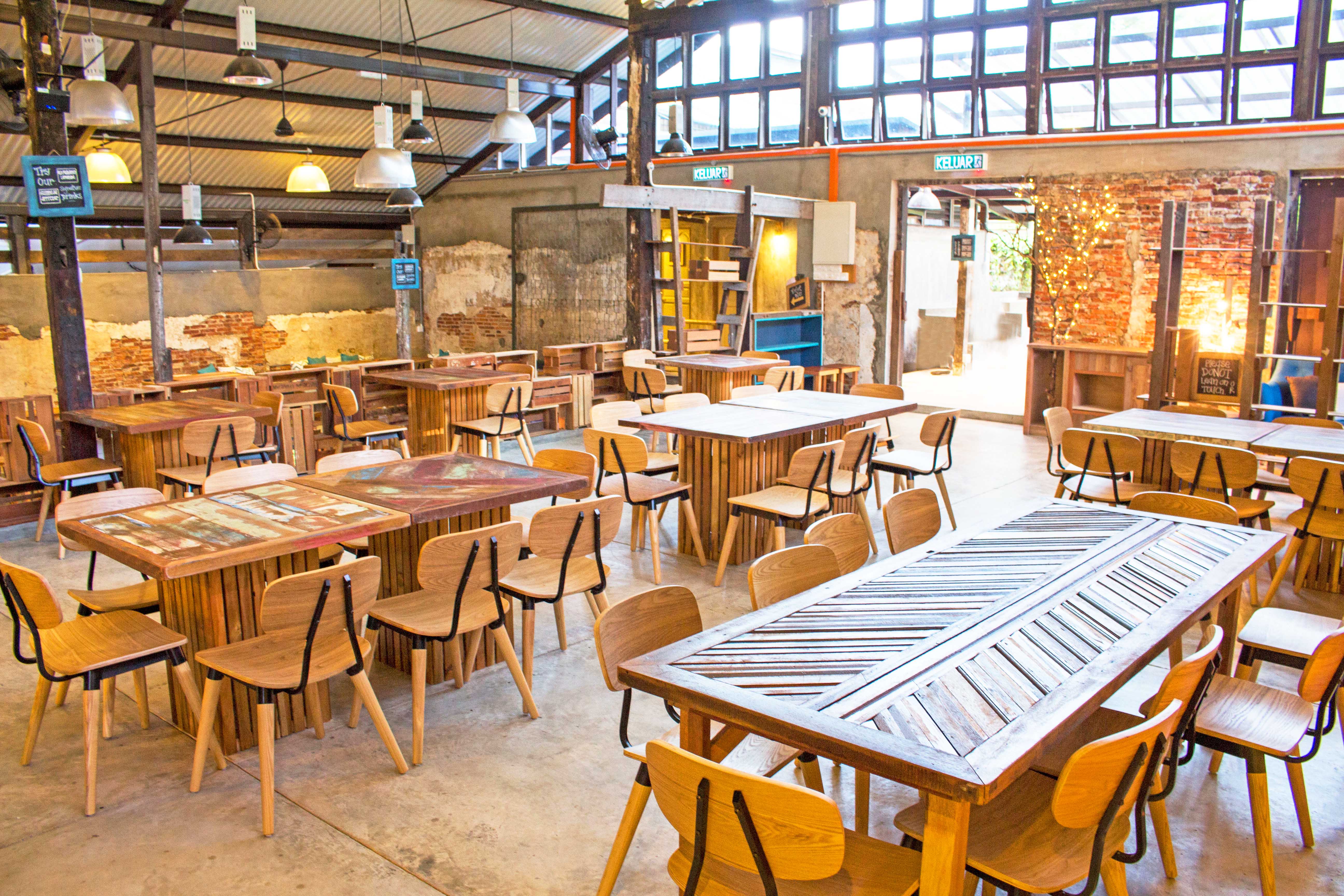 Taking a cue from the industrial design trend, The Granary Kitchen + Bar is a delightfully sun-filled bar styled in the way that a trader’s market would look like — except that you don’t need to pick your fresh produce. In the spirit of sharing, you too can have your cocktails made to share at The Granary: in a jug. How’s that for bonding?

bars in kuching where to drink in kuching kuching bars sarawak bars monkee bar bistro the barber cafe & bar bear garden drunk monkey old street bar the granary kitchen & bar
PohNee Chin
Editor, Kuala Lumpur
Poh Nee is the editor and writes about travel and drinks. When she's not living out her holiday dreams via Google Earth and sipping on an Old Fashioned down at the local bars, you can find her snug at home bingeing on Netflix and mystery fiction.
Travel Drinks
Sign up for our newsletters to have the latest stories delivered straight to your inbox every week.