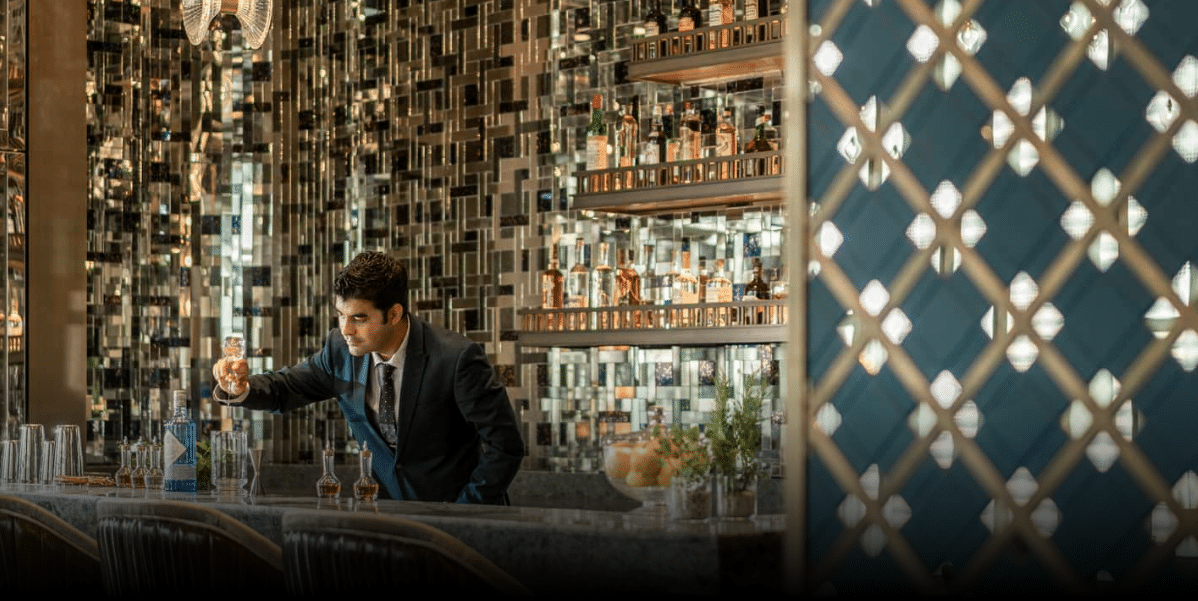 Bar Trigona at Four Seasons KL puts Malaysia on the world map with a historic 44th spot in the World’s 50 Best Bars 2020 list.

“Being first-time entrants, we are absolutely over the moon. It is such an honour to join this prestigious group. The award reflects the entire team’s genuine passion and tireless efforts to explore and develop drinks. Thank you to all our guests and to the wider cocktail community for believing in us, and for supporting us on this incredible journey,” Ashish Sharma.

Bar Trigona prides on a menu focusing on indigenous and sustainable ingredients, speaking to its setting beyond the gilded walls of its host Four Seasons Hotel Kuala Lumpur. Malaysian produce is a mainstay, from the wild turmeric harvested in Pahang to the raw honey from the eponymous Trigona hives and tropical fruits from a Bangi organic farm.

The local honeybees, particularly, are given centre stage. Their nectar – simultaneously sour and sweet – peppers many of the drinks after Ashish discovered it on a research trek into the jungle. Book a table for sundown – the mirrored mosaic across the bar splays light all around the room during golden hour.

Bar Trigona also confirms its continuous commitment to sustainability by earning the Ketel One Sustainable Bar Award two years in a row alongside its accolades at the Asia’s Best 50 Bars 2019 and 2020 respectively.

This news comes in as a shining beacon of hope to the F&B industry in Malaysia, which has suffered tremendously since the Covid-19 outbreak.

“We are well aware of the hardship hospitality venues the world over have experienced and the toll that Covid-19 has wreaked on our industry. However, we strongly believe that the announcement of The World’s 50 Best Bars 2020 will provide a focal point and stimulus for bars as they enter the next stage of recovery. It is also important to recognise the passion, creativity and craft that has seen so many through this harrowing period and usher in some much-needed positivity as guests seek to return to outstanding bars.” — Mark Sansom, content editor for The World’s 50 Best Bars

With the current situation remains in the lurk of uncertainty, we (and the team behind Bar Trigona) remain positive and optimistic — while we find ourselves another good reason to head out (safely and responsibly) to Bar Trigona for a celebratory drink!