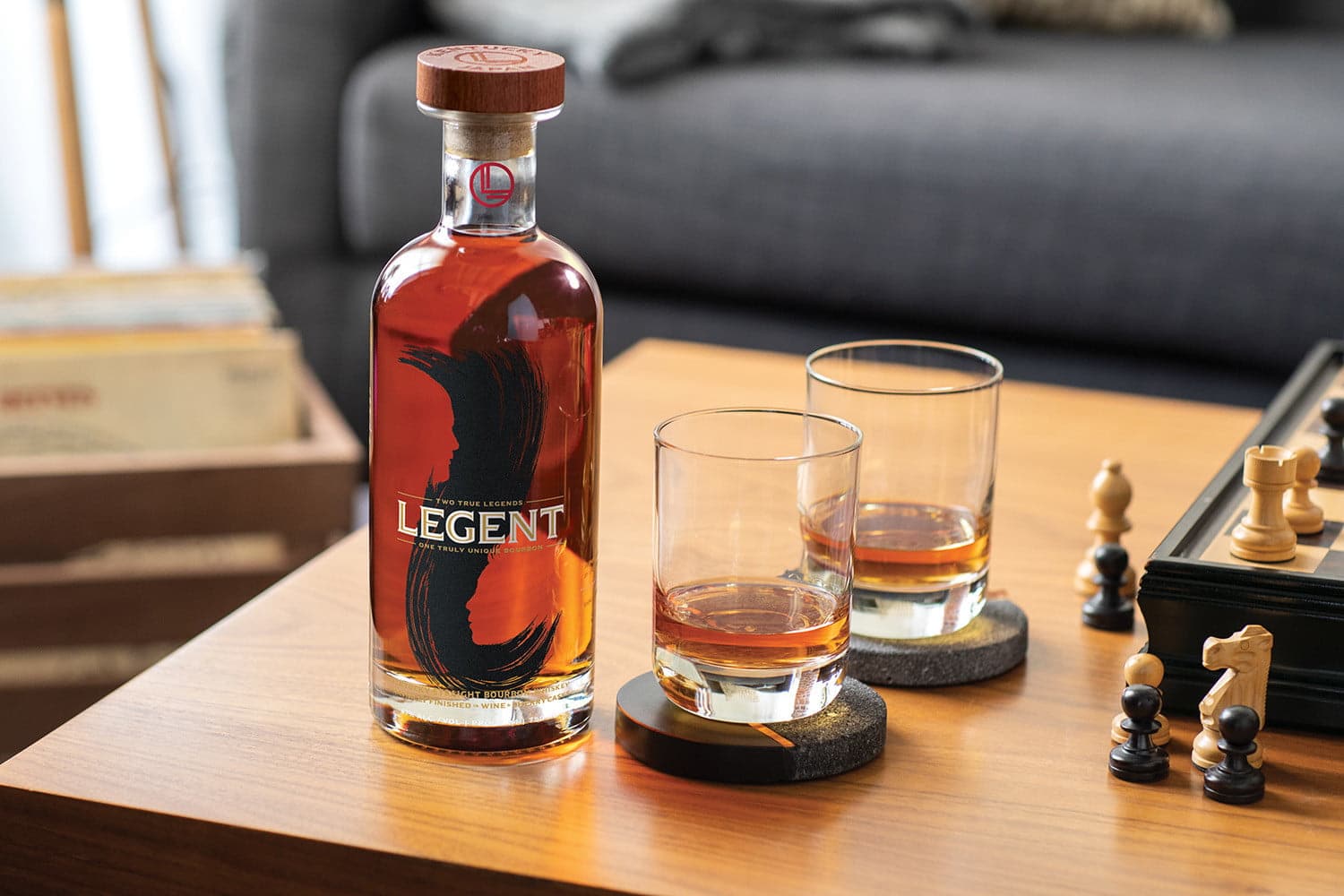 When Japanese whisky company Suntory bought over its American bourbon counterpart Beam Inc, they wasted no time in working on a product that would showcase the beauty of both eastern and western influences. Five years later, Beam Suntory finally unveils the yields of this collaboration: the Legent whiskey, a Kentucky bourbon made with Japanese blending skills.

With Japanese whisky coming under a serious shortage, this new release is opportunistic, to say the least. Legent is Beam Suntory’s first standalone bourbon release in over 25 years, which makes this something to pay attention to — if its blending doesn’t already pique your interest. Naturally, two great men are in charge of creating this soon-to-be-legendary Legent: Jim Beam’s master distiller Fred Noe, and Suntory’s chief blender Shinji Fukuyo. “We wanted this to be east meets west, with two guys having the freedom to do whatever they wanted,” said Noe. “This is a bourbon-based product using his (Fukuyo’s) expertise in addition to mine.”

The bourbon’s makings begin in Beam, where the spirit is distilled and aged for four years before being finished in two types of casks: a former sherry cask with an added two years of ageing and a former California red wine cask with one extra year of ageing. When all this is done, Fukuyo heads to the Beam distillery in Kentucky and adds his Midas touch to the blending process.

Bourbon fanatics will immediately feel sceptical about the concept of Legent being a blended bourbon. Even Noe himself acknowledged it. “Blend was kind of a dreaded term in bourbon country when I was growing up, because it meant that they took grain neutral spirit, a little bit of bourbon, a lot of colours, a lot of flavours, and made what somebody would call ‘street people whiskey,’” he mentioned in an interview. However, the Legent is anything but “street people whiskey” — it’s made up of straight bourbon as well as the two different cask-finished aged bourbons.

All these aspects culminate in the 47% ABV Legent whiskey. On the nose, there are jammy red fruits thanks to the wine cask finish, while on the palate you can really taste the rich, caramel flavours of bourbon. It finishes off spicy with a hint of sherry. Currently, Legent is sold in the United States for US$35 a bottle — that’s approximately RM140.

Beam Suntory suntory whisky american bourbon legent whiskey legent bourbon
PohNee Chin
Editor, Kuala Lumpur
Poh Nee is the editor and writes about travel and drinks. When she's not living out her holiday dreams via Google Earth and sipping on an Old Fashioned down at the local bars, you can find her snug at home bingeing on Netflix and mystery fiction.
Travel Drinks

Apart from mulled wine, what other drinks can you imbibe for Christmas?