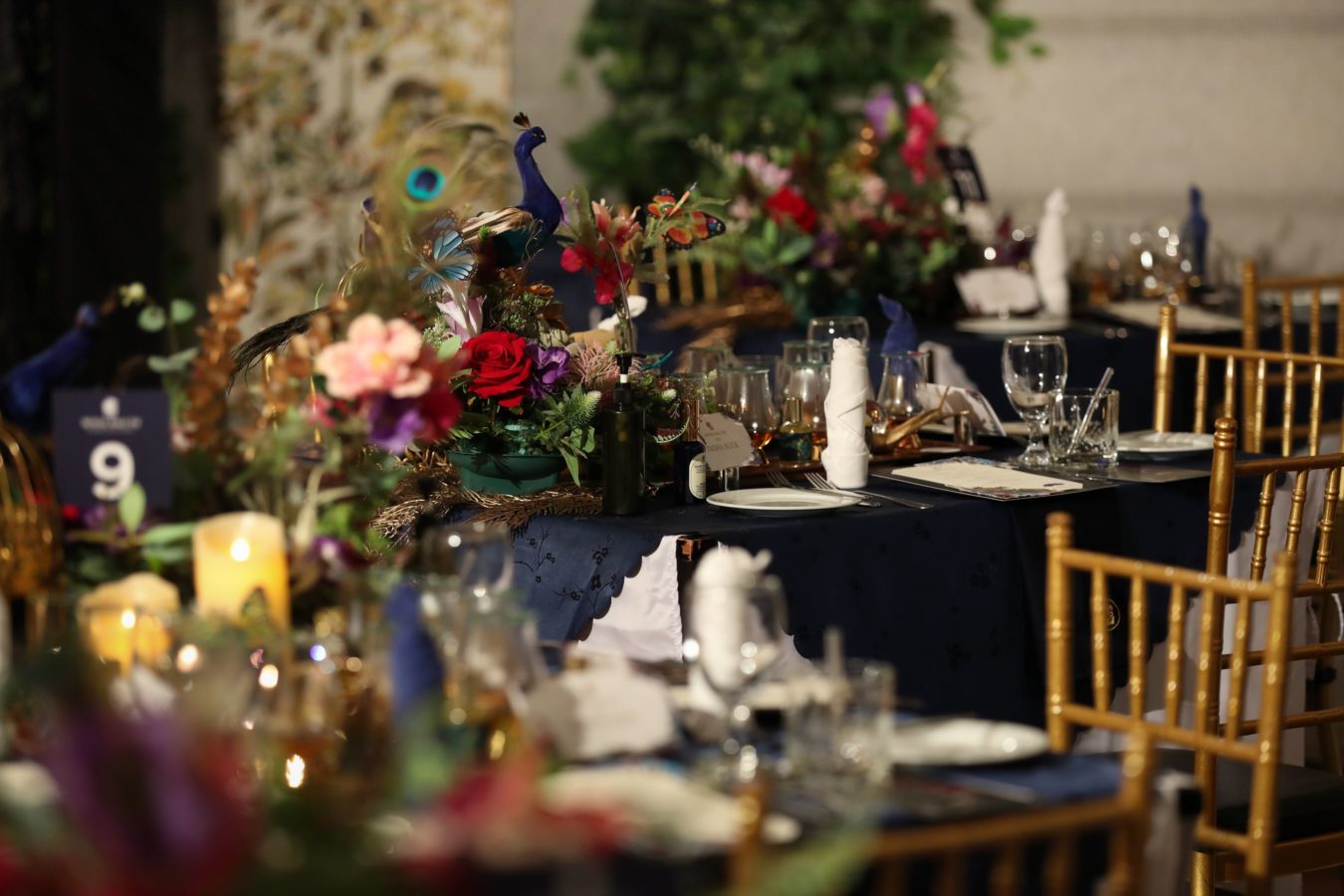 From cruising in Mercedes-Benz vehicles to participating in a polo match, the Royal Salute experience is more than just drinking whisky.

Few Scotch whisky brands can claim that they have a royal backing, and Royal Salute is one of the rare ones. Created in 1953 as a tribute to the British monarchy, the name of the Scotch whisky pays homage to the 21 Gun Salute, a traditional sign of respect at British royal occasions. In fact, the first few bottles were launched during the coronation of Queen Elizabeth II and presented to her as gifts.

With such a prestigious history behind the brand, it only made sense that the entire Royal Salute experience had to be illustrious. Just last month, I had the grand opportunity to head to Penang to experience not only Malaysia’s first Royal Salute Olfactory Studio dining experience, but also witness the unveiling of the ultra-exclusive Royal Salute Time Series 52-Year-Old Single Cask Finish Scotch.

The journey up north

I’m not sure about you, but the current pandemic situation has left me feeling more than just a tinge of anxiety that comes with air travel. While flying to Penang is certainly the more convenient option, I was happy to instead be able to drive there — in a Mercedes-Benz, no less. On an early Friday morning, our convoy flagged off from the Cycle & Carriage Mutiara Damansara – me in a Mercedes-Benz A35 Sedan – and went up north towards Penang. Chalk it up to an early start in the morning, little traffic on the roads, or a sleek automobile to drive in, but we got to Georgetown in record time — just in time for lunch, in fact.

After satisfying our appetite, it was time to check in to Penang’s most iconic heritage hotel: the Cheong Fatt Tze mansion. It’s also known as the Blue Mansion, thanks to the bright blue hue of the mansion’s exterior walls. Stepping into the courtyard area of the hotel, I couldn’t help but feel as though I was visiting someone’s family home. Incidentally, the mansion was actually home to one of the richest men in Asia – Cheong Fatt Tze – and he housed his seventh wife here. In later years, the mansion continued being home to the family, eventually turning into a derelict squatter’s home before being bought over and painstakingly restored by its current owner.

In recent years, Cheong Fatt Tze mansion has turned into a living museum for the public with a restaurant and 18 rooms within the property for guests to stay in. You might also remember the iconic courtyard area in the mahjong scene from Crazy Rich Asians and 1992 film Indochine starring Catherine Deneuve. Luckily for us, we would be staying the night.

While Royal Salute’s Olfactory Studio dining experience isn’t new, it’s the first time that we will be experiencing it in Malaysia. The tables were set in Indigo, the Blue Mansion’s in-house restaurant, and in front of each guest was a trio of miniature perfume bottles that looked just like the three Royal Salute blends we were going to sample for the night to come. I’m referring to The Signature Blend, The Malts Blend, and The Lost Blend.

This perfume and whisky pairing is actually the work of famed perfumer Barnabe Fillion, who has lent his nose to the likes of Aesop Rozu, Le Labo’s Geranium 30, and more. Pairing the two allows whisky enthusiasts to find new ways to enjoy and experience Royal Salute’s whiskies; after all, taste and smell make up 95% of our total sense of flavour. I, for one, absolutely loved the idea of wearing a perfume that smells like my favourite whisky.

The unveiling of a legend

While our senses were being teased with all the perfume and whisky, the spotlight undeniably went to the Royal Salute Time Series 52-Year-Old Single Cask Finish Scotch. Only 106 bottles are released around the world, and there are only two in Malaysia, numbered 37 and 38. What makes this whisky so special is not just the fact that it sits within a hand-blown Darlington Crystal decanter. It’s not even the fact that the bottle comes with its own case crafted from five layers of wood, a representation of each decade of the 52-year-old blend.

While these factors do make the whisky special, it is without a doubt, the elixir within that makes it such an exquisite blend. After all, how often can you say that you’ve had a whisky that spent more than half a century maturing in its cask? The whisky itself is a single cask finish blend, as the final 14 years of the 52 years of maturation were spent in a single cask.

This was paramount, as it gave the Time Series 52-Year-Old its soft and creamy mouthfeel. On the nose, it is said to have an intensely fruity character with notes of ripe plum, dark chocolate, and toffee red apples. At first taste, you get flavours of sweet orange marmalade with a hint of ginger, a touch of scented cloves, syrupy ripe pears, and liquorice with an overall creamy texture.

Is it any surprise that the Time Series 52-Year-Old is priced at RM138,888 per bottle? We’ll leave it to your discretion whether you’d like to let it continue “maturing” in the bottle for another century, but purchasing it does come with some perks. For starters, the buyer will receive the collectible in a special bottle presentation ceremony during an exclusive and private Royal Salute Olfactory Studio experience in either Kuala Lumpur, Penang, or Johor Bahru.

But that’s not all. The bottle also comes with a personalised certificate and a set of Royal Salute serving ritual keepsake. The global Royal Salute ambassador will make a virtual appearance during the ceremony, and guests at the private dining event will participate in the Quaich ritual.

What’s a Quaich ritual, we hear you ask? Well, you’re about to find out.

The Quaich ritual, a tradition of kings

The following morning after a good night’s rest, we depart Penang and drive down south towards Ipoh. Our destination? BP Polo Club, where our fellow guest Dato’ Chevy Beh would show us a game of polo. The oldest of equestrian sports, polo has always been known as the gentleman’s sport and has a royal backing, with its origins dating back to nomadic Persian warriors playing the game partly for sport, and partly as battle-training for cavalry units as the king’s guard or elite troops. It makes perfect sense then, for the sport to be associated with Royal Salute, the king of whiskies. In fact, Royal Salute even has special edition 21-Year-Old whiskies for polo: Grass Polo, Beach Polo, and Snow Polo.

But before spectating the game of polo, we first participated in the Quaich ritual. The Quaich ritual dates back to ancient times in Scotland, where clansman would drink from it as a symbol of trust. The vessel itself is shaped like a shallow cup with two handles called ‘lugs’. When the clansman passes the quaich cup to another man, the latter would need to receive it with both hands. With both parties having their hands at the cup, it meant that neither would be able to hold any weapons, which resulted in a sense of trust.

In modern times, the Quaich ritual symbolises friendship and is used in various ceremonial settings, including weddings. Seeing as we were all friends there with no weapons to kill, the Quaich ritual we experienced was a fun one, drinking Royal Salute whisky out of the quaich cup.

Get your own Royal Salute experience

Scotch Whisky Royal Salute
PohNee Chin
Editor, Kuala Lumpur
Poh Nee is the editor and writes about travel and drinks. When she's not living out her holiday dreams via Google Earth and sipping on an Old Fashioned down at the local bars, you can find her snug at home bingeing on Netflix and mystery fiction.
Travel Drinks