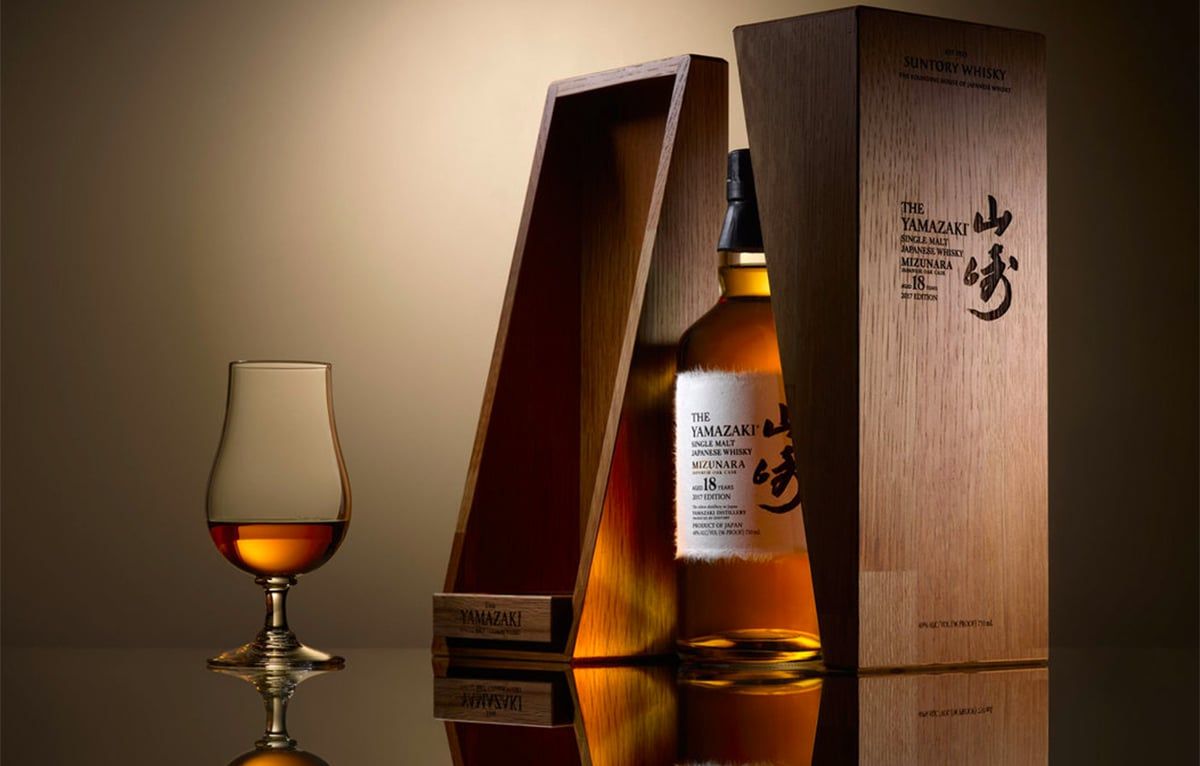 Fancy some Japanese whiskies and gins? Get them delivered today

Food & Drink
Fancy some Japanese whiskies and gins? Get them delivered today
Share this article
Next article

Stock up your cellarette with the best Japanese whiskies and gins with alcohol delivery services.

The rapid ascension of Japanese spirits has been nothing short of revelatory and remarkable. While whisky and gin are exquisite liquors synonymous with Scotland and London, Japan is fast becoming a byword for excellent artisanal spirits. Many are well cognisant of Japanese ethos and work ethic where they are taught to abide by precision from generation to generation. The uncompromising stance sees trains arriving right on time – never a minute early nor past what was advertised and promised. This habitual attitude on perfection naturally manifests into everything that they do – sushi, sashimi, sake and yes, whisky too.

Though inspired by Scotch tradition, Japanese whiskies stand apart thanks to its native woodlands blessed with Japanese mizunara oak. Rare, sought-after and expensive to be fashioned into barrels for maturation, mizunara imparts whiskies with delightful notes of sandalwood and coconut in a time-consuming process.

Whether you swear by Japanese spirits or harbour curiosity, you can now have them delivered via online services.

Three best online Japanese whisky and gin retailers in KL to order for delivery from:

Some of the best Japanese whiskies and gins offered by delivery services today:

If you want the best, be prepared to shell out. Yamazaki 18 Years Old lives up to its reputation with award wins. The stunning whisky is composed of approximately 80% spirits matured in sherry butts, with remaining contribution from American and Mizunara oak casks. Truffles and marmalade on the nose, the whisky drifts into a rich, luxurious and extended finish.

A no-age statement from Mount Kaikomagatake, the Hakushu Distiller’s Reserve is a single malt reflective of its provenance – that being herbaceous, grassy, fresh and crisp. Peppermint, pine, cucumber and melon emerge on the nose, while the long finish is rounded off by citrus zest and sweet mint.

The Japanese whiskies we love 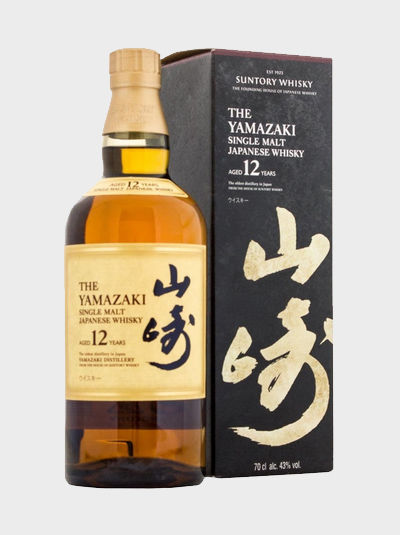 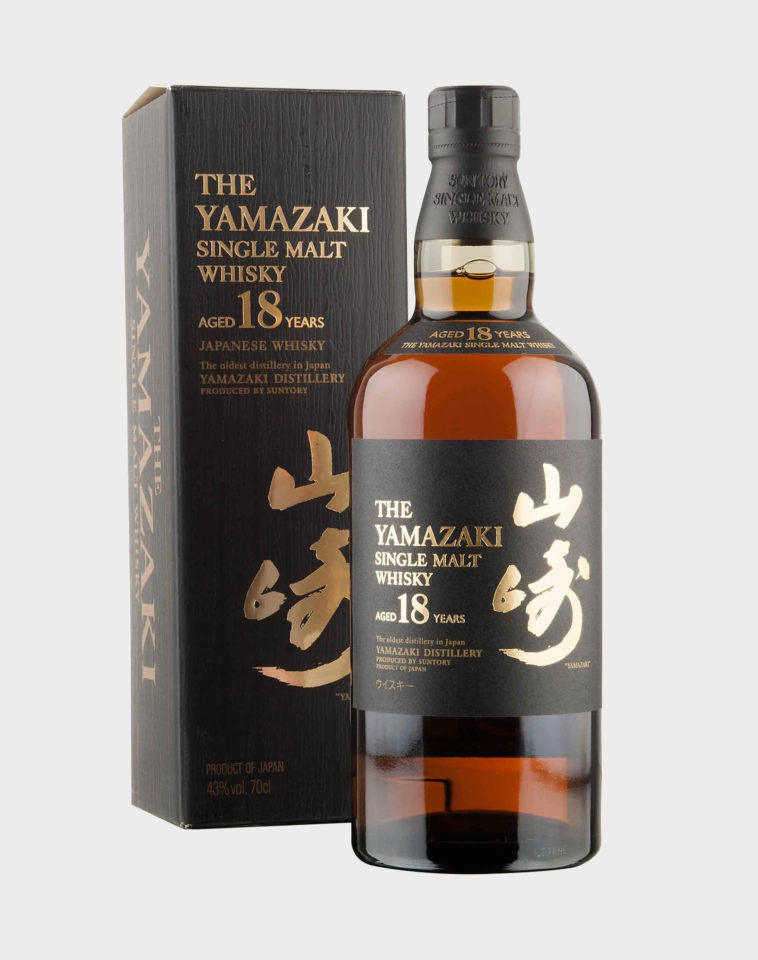 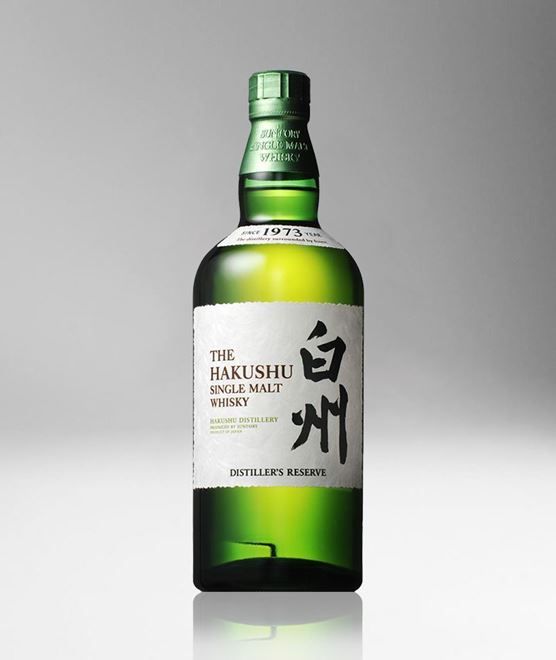 A blended whisky by Nikka, The Nikka Tailored expertly combines spirits obtained from malted barley grown in two largest islands in Japan – Miyagikyo in Honshū and Yoichi in Hokkaidō – as well as Coffey Still grain. Expect a juxtaposition of rich malty flavours and a soft mouthfeel.

If a name such as Japanese Harmony doesn’t convince you enough that it is an uber-smooth and well-rounded whisky, you owe it to yourself to try and evaluate it. The Hibiki blend is a unification of grain and malt whiskies from Yamazaki, Hakushu and Chita. The result doesn’t disappoint with tropical notes of citrus blossom and mango, layered with rich notes of brown sugar, dried apricot, sultanas and cinnamon.

If you thought Hibiki 17 Years Old was as good as it gets, wait till you put your nose to the 21 Years Old. One of the most prestigious whiskies in the world is a sensorial delight, rewarding connoisseurs with a nose teeming with blackberry, ripe banana and caramel, while a symphony of sandalwood, honeycomb and dried apricot leads to a long marmalaide finale.

The Japanese whiskies we love 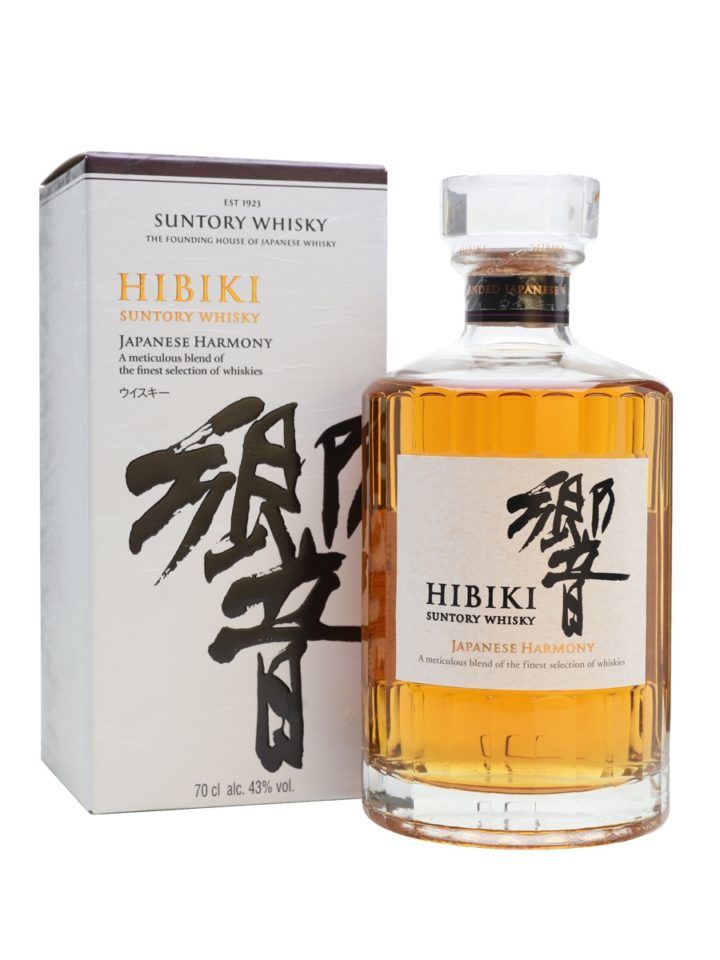 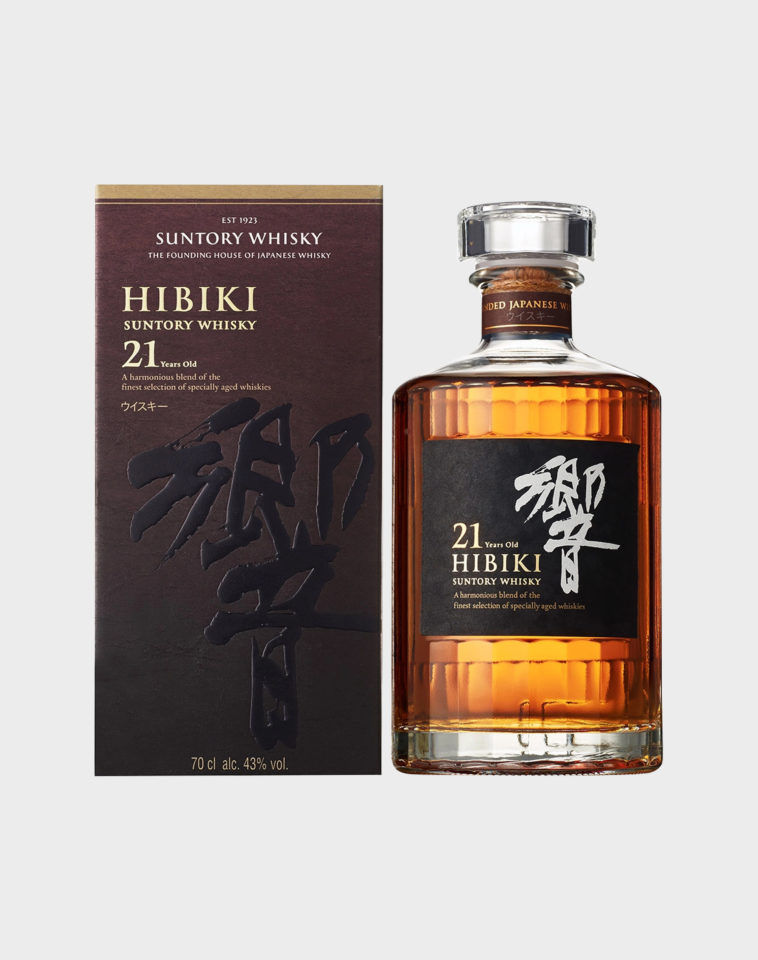 KI NO BI offers a unique take on gins, underpinned by a blending process unlike any other. A rice spirit base is built upon by other elemental spirits – citrus, tea, herbal, spice, fruity and floral – distilled individually to achieve a desired end product that sounds as distinctive as it tastes. Among the botanicals incorporated are Sanshō pepper, kinome, yuzu and green tea.

Sweeping home numerous gold awards in international spirits competitions, Sakurao Gin is made in the style of London Dry Gin but with a distinctive Japanese edge. Thanks to the infusion of native botanicals such as cherry blossom and citrus harvested in Hiroshima through a combination of steeping and vaporising, the gin endears to those gravitates towards craft spirits.

Bright and zesty, not only is Nikka Coffey Gin bolstered with yuzu, it is further infused with other Japanese citrus varietals such as kabosu, amanatsu and shequasar, as well as lemon and orange peels and a touch of apples. A highly limited gin production worth the delivery fee by the maker of Japanese whiskies – proof that expertise is indeed transferrable once mastered.

The Japanese gins we love 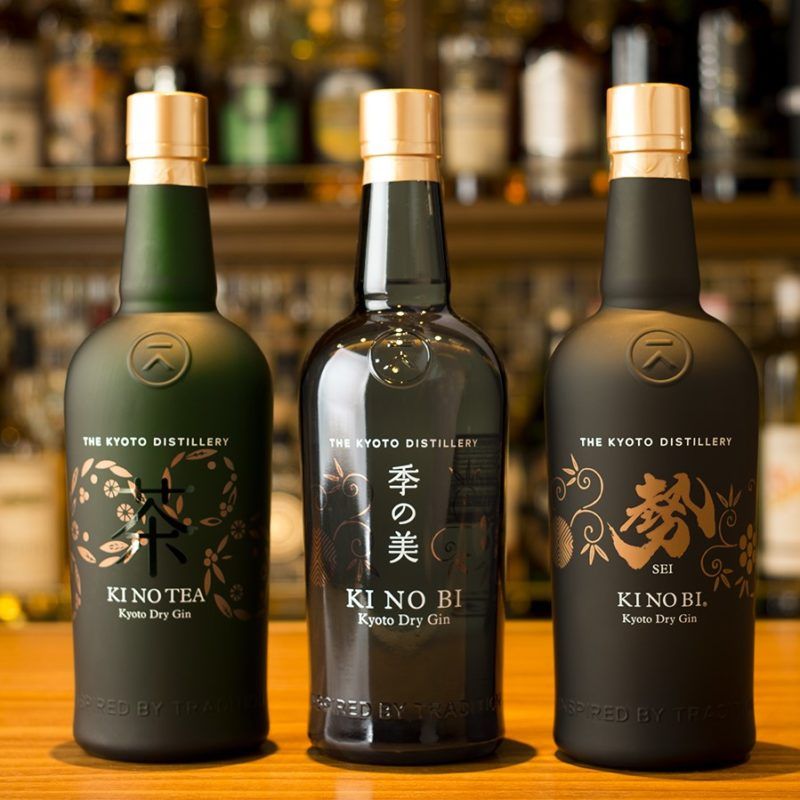 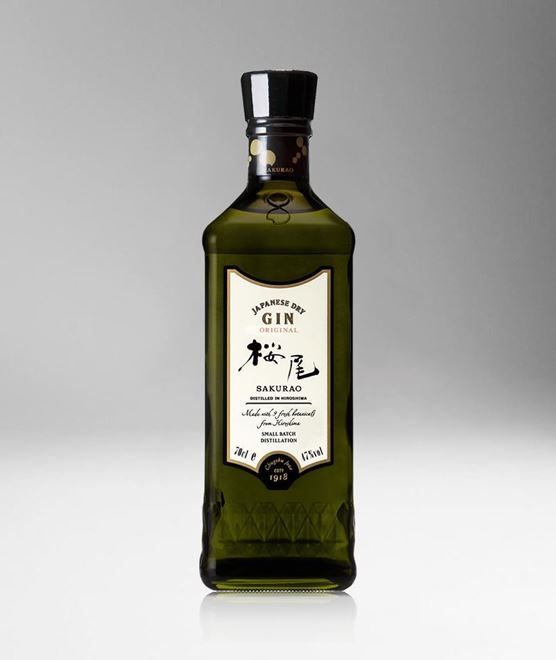 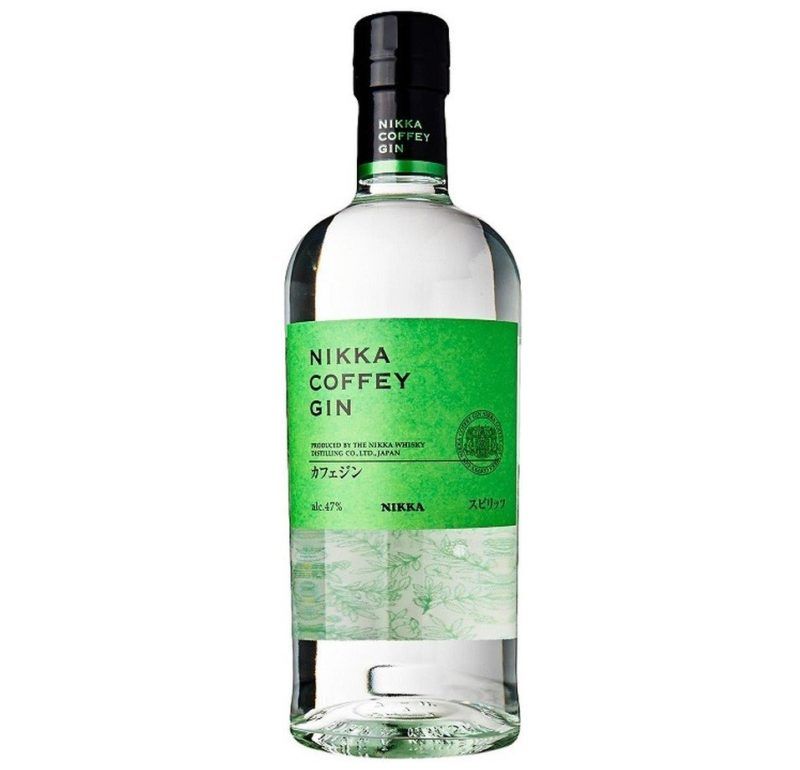 Coffey Gin
RM368.55
Japanese Whisky Ki No Bi
Justin Ng
Digital Content Director, Kuala Lumpur
Often think of myself as a journalist and so I delve deeper into a range of topics. Talk to me about current affairs, watches, travel, drinks, new experiences and more importantly, the business, economics and dynamics behind it.
Sign up for our newsletters to have the latest stories delivered straight to your inbox every week.