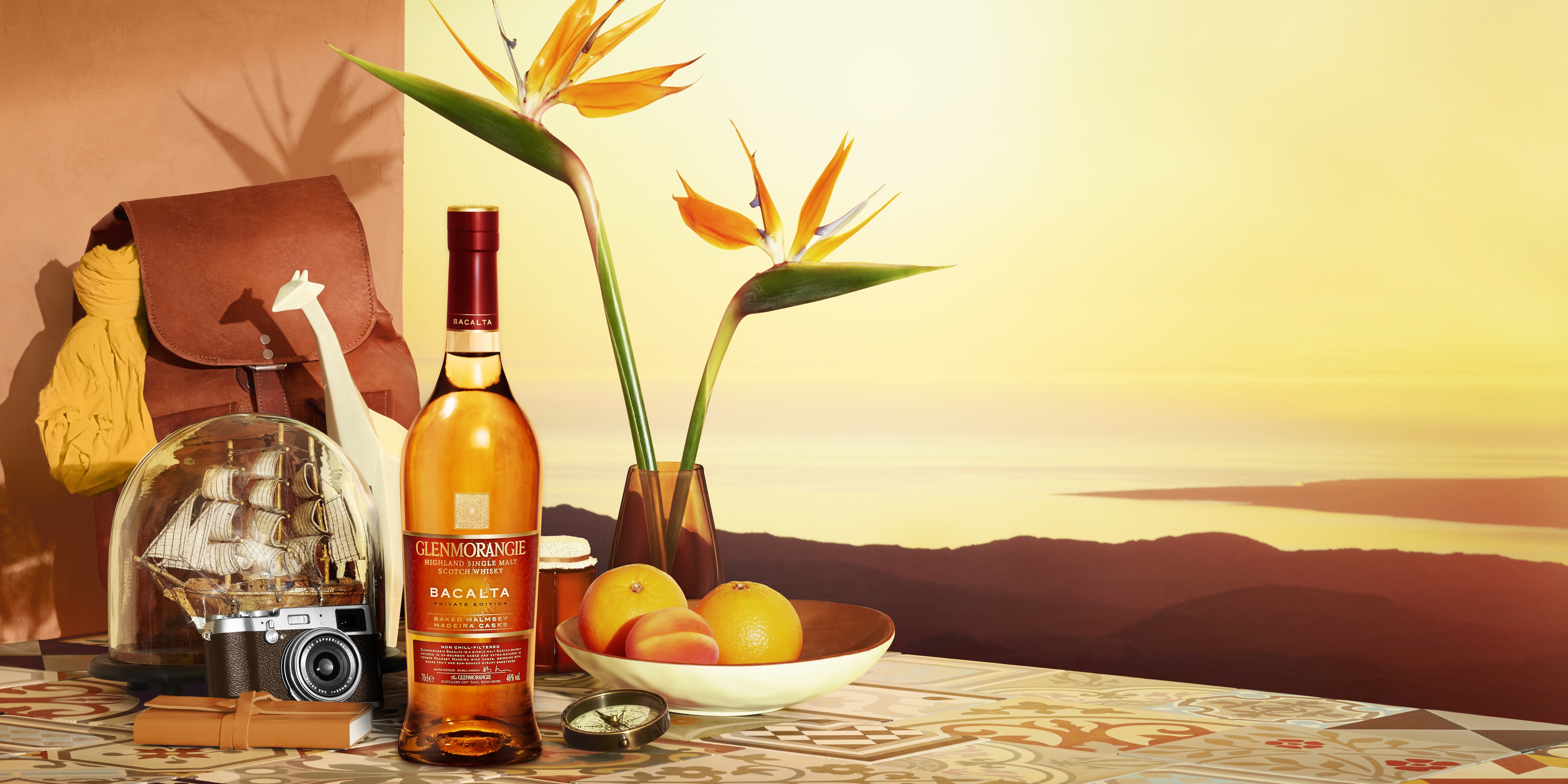 Food & Drink
Glenmorangie Bacalta: No. 8 in the Glenmorangie Private Edition range
Share this article
Next article

Following the success of those previous editions, it’s only natural that Glenmorangie continues its legacy. Enter the Glenmorangie Bacalta, which is aged in Madeira casks.

First, custom American oak casks are created and heavily toasted, then filled with the sweetest Madeira wine — Malmsey — for seasoning. Then, the cask is emptied and shipped to Scotland to be filled with selected spirits which were previously matured in ex-bourbon barrels. Because the casks were infused with Malmsey wine, the Glenmorangie Bacalta enjoys a distinctive layer of sun-baked sweetness unlike any other.

The light gold liquid is non chill-filtered and bottled at 46 percent ABV (alcohol by volume). On the nose, it is fragrant, honeyed and sweet with flavours that are mead-like, similar to ripe apricots and even some sweet white chocolate. Add a dash of water and you’ll be able to sniff a classic port wine tone, with suggestive notes of baked bread, malt or biscuit notes, meadow flowers and some peach crumble.

Upon tasting the brew, you’ll first be greeted with a burst of mint toffee and baked fruits such as caramelised oranges and apricots, plenty of honeycomb, almonds and dates. Then, hints of milk chocolate, marzipan, white pepper, and ripe, juicy honeydew melon will come into play.
For the finish, look forward to a rich, syrupy aftertaste dotted with caramelised citrus and pears, a little bit of creamy fudge, and the familiar menthol sensation in the background.
The Glenmorangie Bacalta is priced at RM530 inclusive of GST. Get your hands on a bottle (or two) now from Moet Hennessy Diageo by calling +60 3 2053 8688 or emailing info@mhdm.com.my
www.glenmorangie.com
Glenmorangie Whisky Master Distiller Glenmorangie Bacalta Dr. Bill Lumsden Glenmorangie Private Edition
Rosalyn Ding
Writer