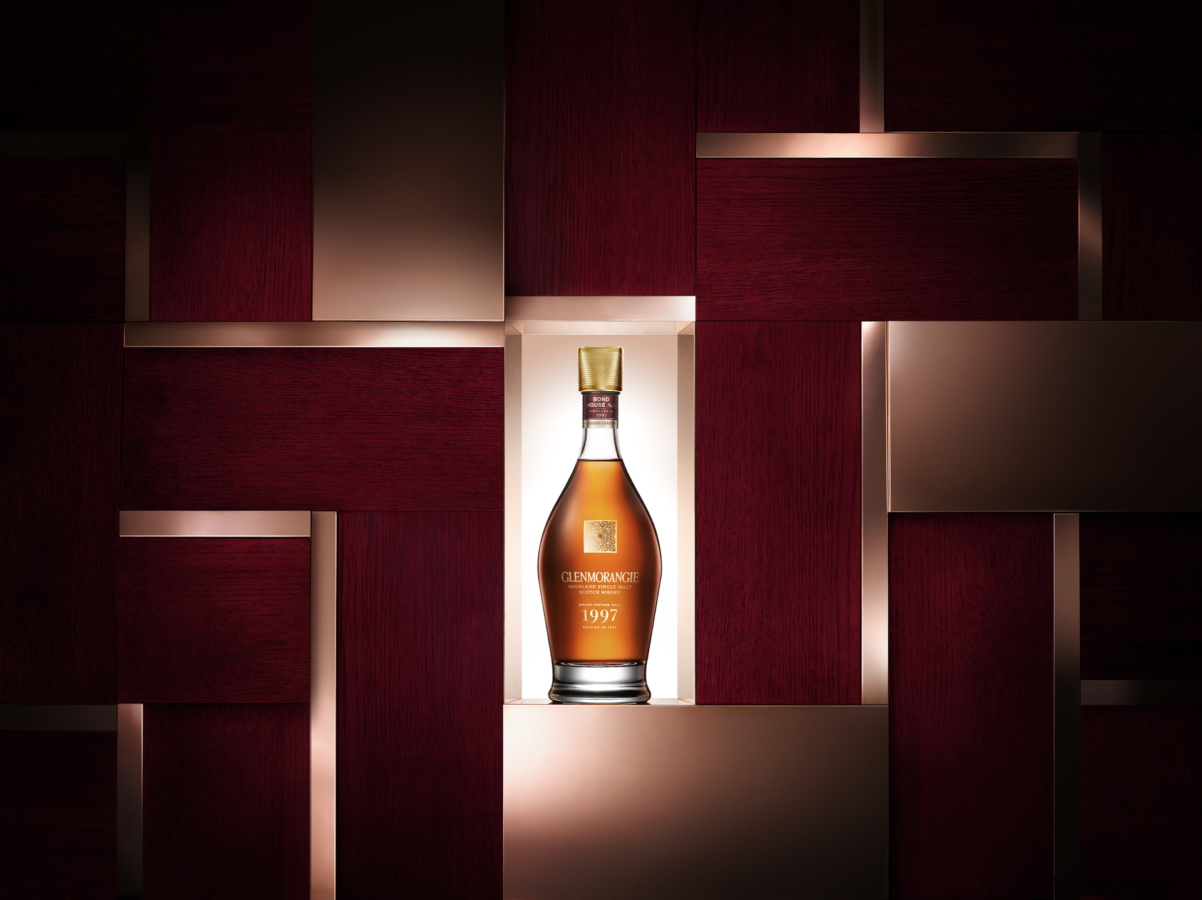 To get to know the latest Glenmorangie whisky expression, you have to travel back in time.

1997 was a year many still harbour vivid recollection of. A poignant year that marked the passing of Diana, Princess of Wales, it was also the year when the sovereignty of Hong Kong was transferred back to China from the British government.

Over in Scotland, something magical was at its genesis; the seeds to the Glenmorangie Grand Vintage Malt 1997 were sown.

When Dr Bill Lumsden joined Glenmorangie more than 25 years ago, he dreamed of elevating the Highland single malt in flavours and possibilities. First walking through the doors of the distillery in 1995, he laid down the challenge to reshape the single malt. It was an ambitious plan given Glenmorangie has been reimagined time and again by whisky makers who inherited this colossal responsibility since its founding over 175 years ago.

By 1997, when Glenmorangie Grand Vintage Malt 1997 was distilled, it is said that Lumsden had already magnified its fruity finesse by altering the moment that spirit is taken from the distillery’s giraffe-high stills. These high stills permit more space for taste and aroma. Captivated by the flavours the art of wood finishing promised, the PhD holder in biochemistry started exploring how rare wine casks could shape Glenmorangie’s taste.

It was his innate curiosity and daring that herded him to experiment the spirit with wood. After ageing for nearly a decade in bourbon casks, a parcel was transferred into a small number of Château Montrose red wine casks, sourced from the sought-after Saint-Estèphe appellation located in Bordeaux.

Never before such a unique finish was tried at Glenmorangie. Lumsden’s vision was to imprint the eventual whisky with the wine casks’ distinctive soft, red fruit notes.

The single malt developed extraordinary berried depths over the course of 13 years. But the journey wasn’t at its end. Lumsden had a grander idea. To impart classic citrus notes, the whisky was aged in bourbon casks. And to give it a layered sweetness and spice, it was finished long in Oloroso sherry casks. One element not revealed to anyone is a secret collection of casks used in the ageing process.

23 years of deliberate ageing leads us to this seventh release in the Bond House No. 1 Collection, truly reflective of the new dawn heralded by Lumsden over two decades ago.

Bottled at 43% ABV, the Glenmorangie Grand Vintage Malt 1997 radiates a deep ochre. On the nose, expect perfumed and fruity complexity, which can be further discerned by floral notes of rose, jasmine and carnation intermingling with soft red fruits, mint toffee, pastry or cake mix and a sweet confectionery top note.

Open up with a modest splash of water, floral top notes soften and roses and carnations begin to emerge, with a very subtle spiciness like sweet chilli, clove and ginger.

The mouthfeel can be described as slightly tingly and spicy, followed by a symphony of sweet candy flavours, more soft red fruits, pineapple chunks and a taste reminiscent of pears and mandarin segments in fruit jelly. There are sweet ginger and chilli notes, gentle almond marzipan and vanilla toffee apple.

The overall finish is sweet, rich, long and gently spicy.

The price? From RM3,787 via selected authorised wholesalers.

Wine Glenmorangie Whisky
Justin Ng
Digital Content Director, Kuala Lumpur
Often think of myself as a journalist and so I delve deeper into a range of topics. Talk to me about current affairs, watches, travel, drinks, new experiences and more importantly, the business, economics and dynamics behind it.