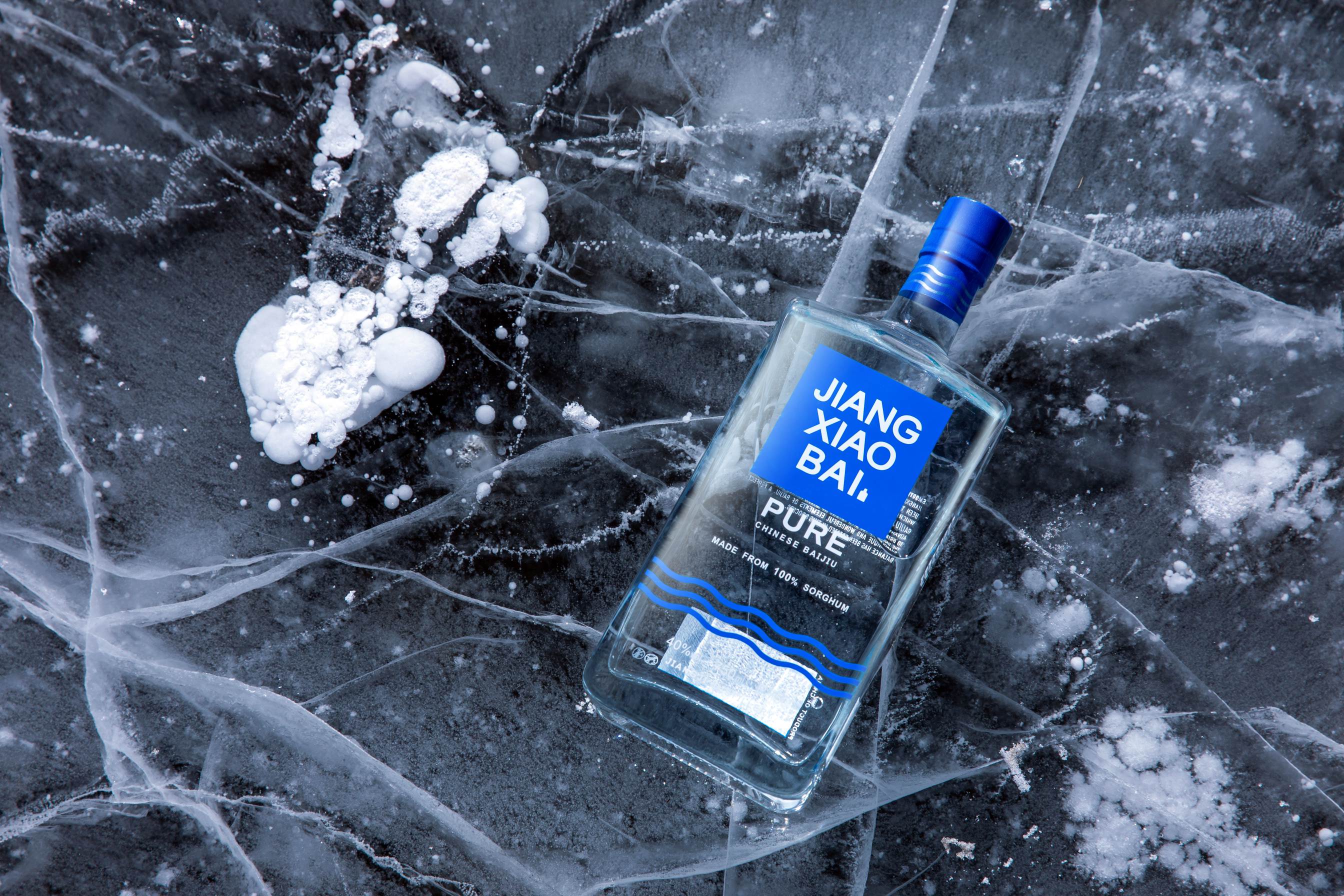 Jiangxiaobai explains baijiu and its rising popularity in cocktail-making

The popularity of baijiu is on the rise. Flowing into the hearts (and palates) of many people the world over with its unique flavour expressions in recent years, the spirit is now one of the top six spirits globally. This puts it in the same league as gin, whisky, vodka and rum counterparts.

We recently encountered one of the youngest brands in Chinese baijiu-making industry, Jiangxiaobai. Setting itself apart from other traditional Chinese spirits, Jiangxiaobai is positioning itself as the game-changer of Chinese baijiu — embracing a young and creative energy as it breaks all conventions of the national drink.

Unlike the trendy G&Ts or classic whisky sours, baijiu has never been positioned as a ‘sexy’ drink. With the launch of this trendy brand, Jiangxiaobai’s traditionally crafted local spirits are breaking all conventional boundaries, as the brand calls it the ‘Renaissance of the Old Flavour’.

In China, baijiu is synonymous to everyday life. Chinese people drink baijiu on a daily basis with almost everything from sweet desserts to mala hotpots. However, the general perception is that it is very much an old man’s drink.

It carries a ‘pungent’ and ‘burning’ sensation, and every shot feels like a do-or-die challenge — you either love it or abhor it thanks to the alcohol percentage that sometimes go up to 70%. While that rings true previously, the new-world baijiu is going through a new phase that eliminates this unpleasant expression (especially among millennials), making it really easy to drink.

“Traditionally speaking, baijiu has always been one-dimensional. The alcohol percentage is very high and gets too potent for the general liking. And it used to have very old-fashion ways of packaging, with very little awareness of it abroad,” confides Zoe Fu, Director of International Business Department for Jiangxiaobai.

For the uninitiated, baijiu is made of sorghum and a proactive bacteria called Qu that breaks down the starch of the grains, initiating its fermentation. Jiangxiaobai’s baijiu is made purely from high-quality sorghum (Kaoliang) from its own 133-hectare Jiangji farm that’s rich in selenium — boasting an age-old terroir, fertile soil and a long history of liquor-making in the Southwest part of Chongqing in the Sichuan province.

There are 16 steps to making baijiu at the Jiangji Distillery that spreads over 50 hectares. The sorghum is first harvested and soaked using water from Baisha Town in Jiangjin District, Chongqing where the natural qualities and environs are still intact since the Agrarian Age. Clear and clean water at a staple pH of 6.8 to 7.2 is a constant supply here. The grains are then steamed using traditional steaming methods, with a small addition of Qu to allow the grains to break down. For every 500ml of sorghum liquor produced, 67,200 grains are required.

Sorghum or kaoliang are kept in quartzite pits for several weeks to break the starch down.

Sorghum grains or kaoliang are steamed several times with a type of bacteria called Qu to start its fermentation process.

The steamed grains are then cooled to volatilise the acidity and moisture whilst bringing fresh air to the steamed sorghum — creating an ideal atmosphere for fermentation. Workers begin working in the wee hours of the morning to retain a low temperature and the procedure takes place very quickly to avoid potential contamination and prevent starch ageing. Qu is then added to allow grains to further ferment under controlled conditions. The quality of the sorghum liquor is heavily dependent on the type of pits used. Jiangxiaobai uses a quartzite material for a highly favourable environment for microbial growth, ensuring its pure and mild flavour.

Distillation takes place right after where traditional techniques are integrated with modern technology. Gentle heat is applied throughout the distillation process and at different stages of the spirit evolution, the liquid is identified and the highest quality parts are kept. Master distillers and craftsmen with a multitude of experience take over to concoct the best expressions using sorghum spirits from various batches. Together, these ‘grandmasters’ create new expressions and flavours at different periods of the fermentation process — slowly refining the liquor’s body, reducing the unpleasant aromas from grains and purifying the flavours along the way.

Today, Jiangxiaobai is able to create baijiu with low alcoholic content that is more acceptable with the millennials — at 40%, the product range under Jiangxiaobai has become one of the most favourable baijiu choices as well as an ideal spirit for mixology.

Food & Drink
The best Beijing bars to have excellent craft cocktails
““One of the most important rules of making baijiu is to bring the joy of drinking, a sense of relaxation and happiness to people,””
Zoe Fu

In a New Light

For Jiangxiaobai, baijiu needs a better introduction. Ardent spirit connoisseurs would already be familiar with the nuances baijiu brings but for the younger generation and those who’ve not tasted baijiu before, it is barely a scratch on the surface.

“I think those trying our baijiu for the first time would be surprised by how exotically beautiful the taste is on the nose and on the palate. And in cocktails, it’s like the perfect harmony between the east and west — a harmonious western art of cocktail-making and the spirit of the Chinese people,” continues Fu. “My favourite way of enjoying it used to be in shots; neat. But now, I think I enjoy drinking it with fizzy mixers — one part Jiangxiaobai baijiu, three parts ginger ale.”

The six latest varieties under the brand Jiangxiaobai includes Share with Ten Guys (which has the lowest alcohol content at 25%), as well as Intimate Friend, Hand-craft Black Label, S300, Joyouth (Gold Medal) and the latest Pure — all have a 40% alcohol percentage.

Indefinitely, baijiu is a new spirit used in cocktail-making. In fact, the bar scene in Chinese cities only started booming in 2017 with cities like Chengdu, Chongqing and more taking the helm with their many speakeasies and themed bars. Jiangxiaobai has also established itself in the bartending scene especially after the World Bartender of the Year 2019, Andris Reizenbergs from Latvia scored his win with a cocktail made using Jiangxiaobai’s Hand-craft Black Label Graffiti Edition.

Its crystal clear appearance makes up for clean and bright cocktails; not cloudy. The crisp, light and fresh notes also complement well with various mixes and flavour profiles — allowing the subtle sweet fragrant scent and slight fermentation zings to flavour the cocktails. When mixed with a few drops of water, baijiu creates a smooth viscous texture that slides easily on the palate as well.

There are also many benefits to drinking baijiu. It helps with blood circulation and also eases the appearance of bruises on your skin.

“If we make Chinese baijiu a specialty from China and have the world taste its beautiful flavours, I’m sure we can collectively make an impact in the market as something unique from this country. With the right approach, I’m sure this traditional spirit can be very much popular again,” concludes Liu Peng, Vice President of Jiangxiaobai.

China baijiu jiangxiaobai baijiu cocktails
Martin Teo
Editor
Martin has a bent for history and food culture, especially of the Peranakan heritage. Since the pandemic, he finds joy in plant parenting and continues to expand his collection of Philodendrons, Anthuriums, and Syngoniums. He's now on a lookout for the elusive Philodendron Florida Beauty to add to his urban garden.
Dining Living Style
Sign up for our newsletters to have the latest stories delivered straight to your inbox every week.