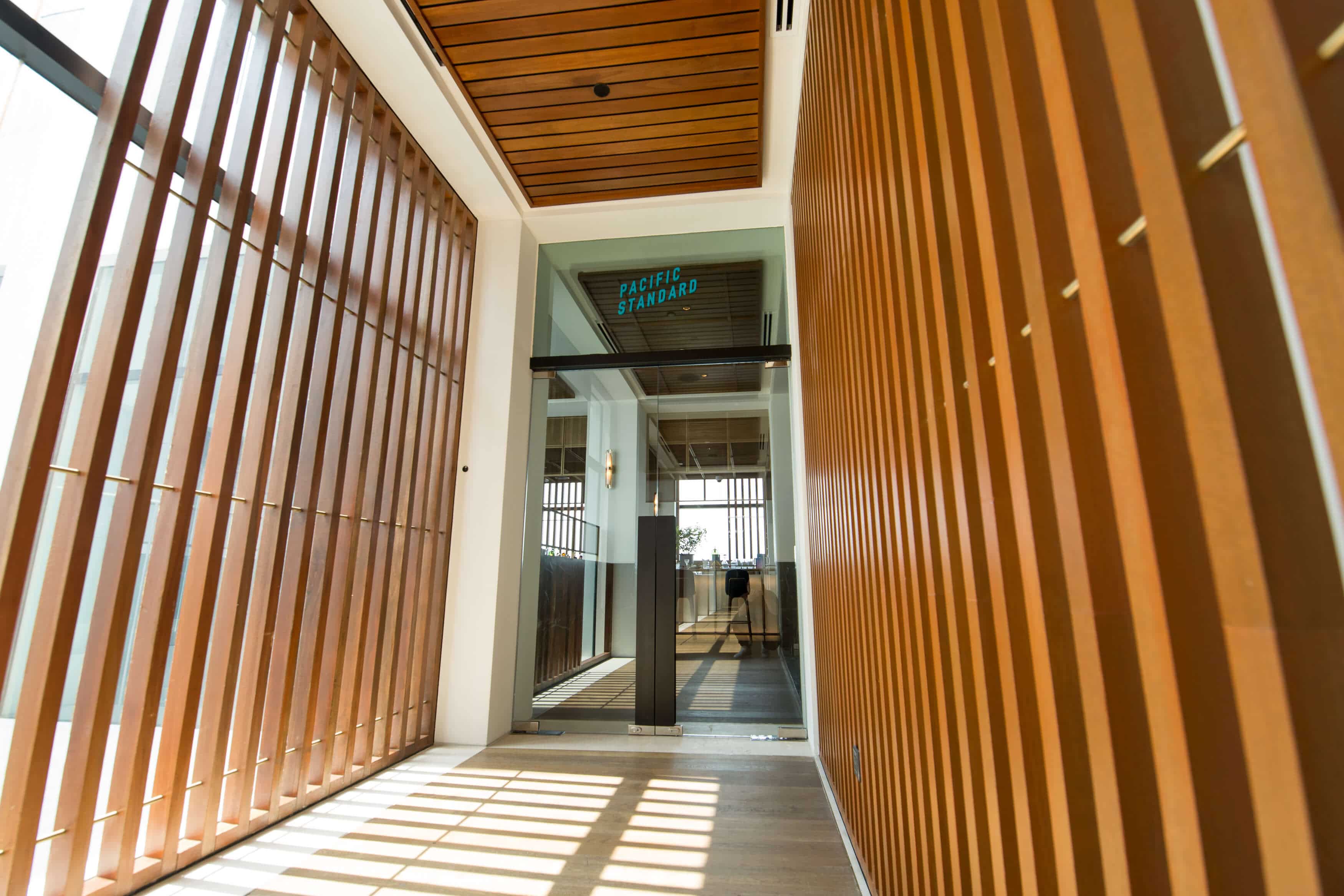 Bar Trigona is one of the hottest bars in town right now and it resides within the Four Seasons Hotel Kuala Lumpur. A year ago, few would have guessed that a hotel bar could garner such overwhelming enthusiasm. Yet in recent months, hotel bars in KL have been seeing a renaissance. These watering holes are now becoming hotspots for craft spirits and well-crafted cocktails, attracting barflies near and far.

That idea would’ve been unthinkable just a few years ago. While the old, luxurious hotels in KL would be lavish places to stay in, its bars are not exactly the place to see and be seen in. They existed as by-the-ways, never really shaping up to be something more than a place for hotel guests to get a quick beer or whisky on the rocks.

On the other side of the world, hotel bars are often celebrated. Think of the American Bar at London’s Savoy Hotel, which has churned out numerous talented bartenders since the early 1900s. Till today, it continues raking in awards including the top spot in The World’s 50 Best Bars. There is also the Bemelmans Bar in New York, one of the city’s oldest hotel bars and still the go-to place to get some of the best cocktails. More than just bars conveniently located in a prestigious hotel, they’re iconic in their own right and known for the quality drinks.

From Singapore to Kuala Lumpur

Thankfully though, it’s not that our country is lacking immensely and we’re certainly catching up. According to Ashish Sharma — the head bartender at Bar Trigona — Singapore too, faced this lack of colour within the hotel bar scene just a mere half a decade ago.

Before heading Bar Trigona, Sharma was at the iconic Manhattan bar in Regent Singapore hotel. It became the catalyst for more hotels to sit up and take note of their own bars. “We were the very first hotel bar in Singapore that was doing something different. We created a different menu, different concept, and took on a strong theme,” he said.

He continued elaborating that the society in the Asia Pacific still retained the mindset where hotels are only meant for rich people. “There was a boundary created there — Manhattan did a great job of breaking that boundary down.”

Soon, other Singaporean hoteliers began understanding that having a strong identity for their bars was vital. It took time, but it appears that the understanding is slowly spilling over to KL, especially when several international hotel properties opened in 2018.

The beginning of the shift in paradigm

It started off with Pacific Standard Bar in Alila Bangsar, who brought over Ruben Anandha from Singapore. Originally Malaysian, Anandha had been working in the Singapore bar scene for many years, having honed his skills and built his legacy there. When we were over at the Pacific Standard Bar, he reminisced about KL having virtually no quality cocktail bar scene when he first started out in the industry. Managed by Platform Hospitality Group, the bar took on an identity separate from the hotel it was located inside. According to the management company, they didn’t want Pacific Standard Bar to blend in — they wanted guests to visit the bar precisely because it was a cocktail bar and not just another hotel bar.

Then, the much anticipated Four Seasons KL opened, and with that, Bar Trigona. The hotel group flew in Sharma who was overlooking Manhattan then and wanted to bring the success over here. Sharma himself played a pivotal role in shaping the concept and identity behind Bar Trigona — something unheard of back in the day when hotel management would fix all concepts down to a T. W Kuala Lumpur hotel opened later in the year, and they too invested in an interesting cocktail programme that centred on Malaysian ingredients and themes.

“As a supplier and distributor, every time we go into a meeting with hotel brands, they come to us and say: ‘We see what’s been done in Pacific Standard Bar and Trigona — how do we become like that?'”
Shawn Samuel, Wholly Spirits managing director

Jumping on the bandwagon

“That resurgence is really being seen this year,” says Shawn Samuel, managing director of Wholly Spirits, as we spoke on the issue in Bar Trigona. Wholly Spirits is a local importer and distributor of craft spirits. “As a supplier and distributor, every time we go into a meeting with hotel brands, they come to us and say: ‘We see what’s been done in Pacific Standard Bar and Trigona — how do we become like that?'”

This, Samuel says, shows that they have been asked to reform by the top management. With all the trendsetters proving that the formula of having a bar with an identity works, this year is the year that other hotels will follow through. “We’ve already seen that just two months into this year. We’ve had meetings with other leading hotels in the city…they all want to be like Trigona and Pacific Standard Bar.”

“Nobody wanted to take that risk previously. Now, they’ve seen that are groups like Proof & Co and Wholly Spirits who can help them get there,” he says. Samuel also shared some good news, further proving that existing hotel bars in the city are going in the new directions of giving their bars more identity. Last year, the Marriott group of hotels implemented a bar programme that featured craft spirits. Wholly Spirits was able to take on the contract to provide craft spirits to the Malaysian hotels under the Marriott group. “Basically, they saw the whole quality of craft spirits and how it helps the market. Apart from having a master contract with Pernod Ricard, they wanted a bit more diversity and implemented this craft spirits programme,” explains Samuel.

“All these hotel bars will soon carry products from Wholly Spirits, which is cool. Previously, you would have never thought that a place such as Four Points Sheraton or Sheraton Imperial would carry any of our products. But now, it’s happening. It’s the market maturing.”

“Of course, it’s a decision by the HQ who have seen that it’s a necessity, that they implemented it across the region, not just in Malaysia. I’m excited to see for myself what happens with the rest (of the hotels) around the corner,” he gestures outside of Bar Trigona.

Alila Bangsar four seasons kl pacific standard bar Bar Trigona ashish sharma wholly spirits kl's hotel bars hotel bars in kl shawn samuel
PohNee Chin
Editor, Kuala Lumpur
Poh Nee is the editor and writes about travel and drinks. When she's not living out her holiday dreams via Google Earth and sipping on an Old Fashioned down at the local bars, you can find her snug at home bingeing on Netflix and mystery fiction.
Travel Drinks

5 best game bars in KL for a smashing good time

Dalmore 51, the distillery’s first release of the new decade, could be yours for RM300,000