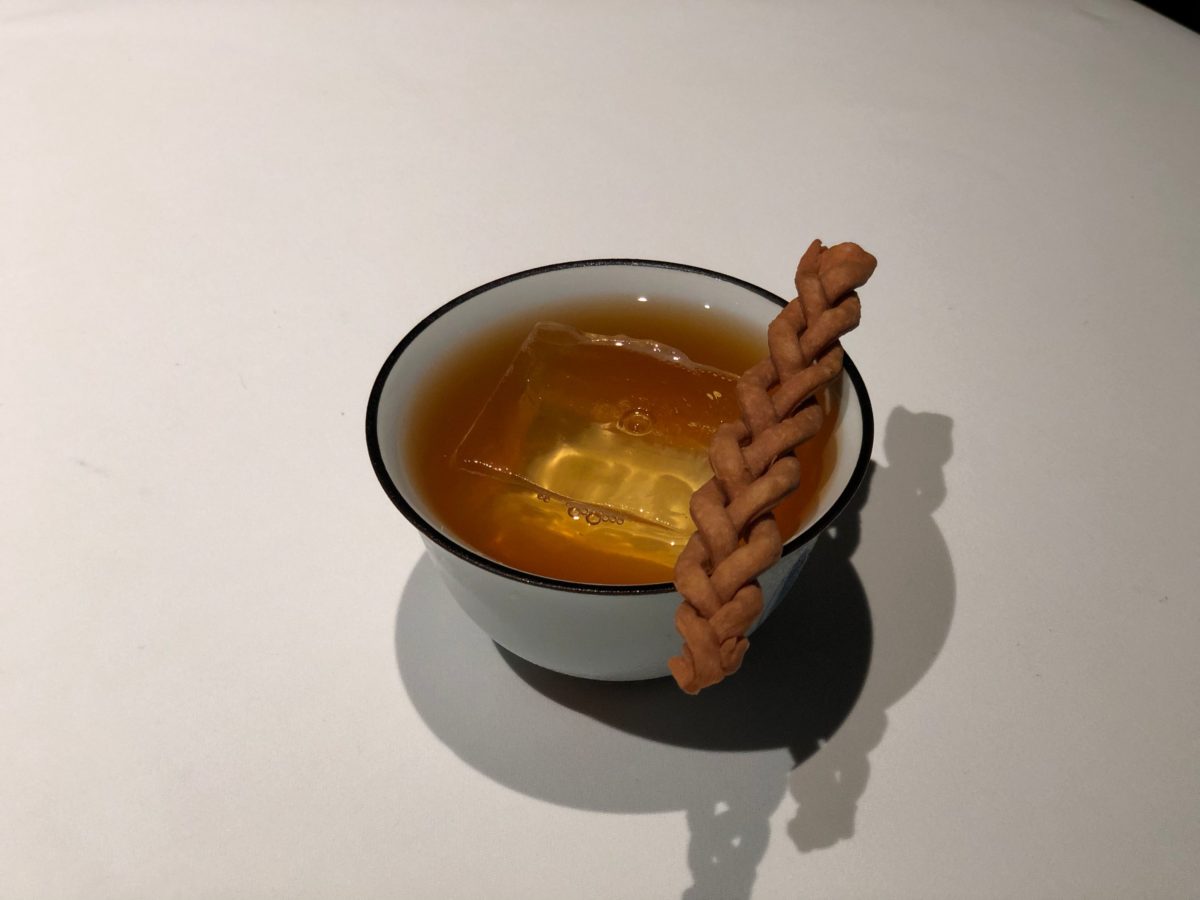 Nadodi KL brings its Nomadic-inspired cocktail menu into the spotlight

At long last, Nadodi KL is redirecting the spotlight to shine on its excellent cocktail programme.

On the dining front, Nadodi KL has already firmly established itself as the best and only place in KL to get fine nomadic Indian cuisine. But guests who have deigned to try out a cocktail or two to go with their tasting menu instead of wines will know that the restaurant’s drinks programme is solid, with Akshar Chalwadi at its helm. The head of beverage at Nadodi KL is a talented one, having won several awards in mixology back in India. You might remember him pioneering edible cocktails in Nadodi just two years ago. As someone who has been seeing the growth of the restaurant since its inception in 2017, I can firmly attest to his finesse in crafting excellent cocktails.

Food & Drink
The Conditional Reviews: Dining out at Nadodi KL during the CMCO
Food & Drink
Are we ready to dine out? Here’s what chefs, restaurateurs and food experts have to say

Now, Nadodi is finally introducing not one but two cocktail degustation menus perfect for those who would like to visit the restaurant and just try its drinks. As Nadodi’s brand director Kartik Kumar said to me, he wanted people to think of Nadodi not just as a fine dining restaurant, but also someplace where people can come for drinks. The new cocktail menu is separated into three parts: an a la carte cocktail section and two Liquid Degustation flights. I tried out both the flights, where each cocktail has been meticulously crafted to reflect the restaurant’s identity, which centres around India’s nomadic tribes and regions.

The Liquid Degustation I (RM160++) consists of three cocktails. I begin my first flight by travelling to the north of India, specifically Awadh. The cocktail, Rose To The Occasion is inspired by this Indian region known for its rich cuisine and usage of exquisite ingredients. Food in this part of India utilises plenty of roses, raisins, and sweet spices. The cocktail reflects that with rose as its key flavour. Despite what some may think about rose being an overpowering fragrance, the drink itself is light, dry, and sweet with a base of rose kombucha offering a refreshing and spritzy effervescence. Chalwadi used a touch of saffron to balance out the dryness of the cocktail, but it is overall a good aperitif to begin the flight with. Echoing Nadodi’s kitchen with a similar zero-waste effort, the cocktail is garnished with raisin leather and rose meringue — leftover ingredients from making the drink.

Moving on to the second cocktail in the flight, we see the beloved broth from the tasting menu make its way into the cocktail degustation menu too. Indeed, other than the biryani, the Rasam is most certainly a signature at Nadodi. Not wanting the excess from making the rasam broth go to waste, Akshar had an idea to reuse it, infuse it with vodka, and turn it into a savoury cocktail. Using a rotary evaporator, the end result is more or less a rasam vodka. The cocktail is topped with a warm rasam foam for a delightful warm and cold sensation when drunk and garnished with a rice cracker. All the rich flavours of rasam are still retained in the drink, from the aromatic spices to the sour nuances of tomatoes.

The last cocktail from the first flight is Tipsy Banana Boat, inspired by a Southern Indian dessert we’re all familiar with: payasam. For the uninitiated, payasam is a pudding made by boiling milk, sugar, and rice. The cocktail is made with clarified banana juice, cardamom bitters, jaggery, and toasted coconut. There’s a nice aftertaste of cardamom to offset the heavy flavours of banana and coconut, while the leftover banana from the cocktail is made into edible leather and rolled up as a garnish.

If three cocktails aren’t enough to quench your thirst, allow me to point you in the direction of Liquid Degustation II (RM240++), which has five cocktails. I take off on my second flight with the White Revolution, inspired by the Indian state of Gujarat. The name of the cocktail pays homage to an incident in 1970, where India started mass-producing milk. Named Operation Flood, this project became the world’s largest dairy development program — hence the name White Revolution. Made from a recipe similar to chaas (salted buttermilk), the drink itself is clear but belies its creamy taste and mouthfeel, thanks to a clarification process. Akshar also added various spices like caraway seeds, cumin, and curry leaf for added depth of flavour. The drink is topped with dhokla, a vegetarian dish made from a fermented batter of rice and split chickpeas.

Next, I move on to The Whimsical Sunrise, inspired by the China-India border where the Tibetans are fond of making a rich, buttery tea with yak’s milk. Since yak’s milk isn’t something you’d come by easily in this part of the world, Akshar has substituted the lapsang souchong tea with cow’s milk instead, adding a saline solution for a touch of saltiness that usually comes with yak’s milk. Served in a porcelain teacup for added effect, the cocktail is served with khapse, a Tibetan butter biscuit traditionally made and served during the Tibetan New Year. For this drink, Akshar recommends that you take it slow, as the cocktail will continue transforming as the ice dilutes. The smoky tea and bourbon hit you first, followed by the salty saline and finished with a buttery flavour. Truly, this is a cocktail with many dimensions.

The third cocktail on the menu is the Rasam again, as it’s a Nadodi signature. Hence, I move on to the fourth cocktail on the flight: Read My Tulips. Inspired by the eastern part of India, this cocktail features strong and fruity flavours of mango. Powered by mango kombucha, jasmine flower cordial, and juices from pear and bergamot, it’s a refreshing and low-ABV drink that complements the heavier leftover flavours from The Whimsical Sunrise and Rasam.

We end the cocktail flight with my personal favourite: Scapegoat. This gin-based drink is inspired by the Aryana tribe from the Indus River Valley, whose staple foods come from goat and sheep. For the drink, goat cheese is mixed into the gin and then clarified, giving an interesting taste and mouthfeel of goat cheese but with a surprising fruitiness of strawberries and refreshing flora sencha bitters created by Valentino.

With this new cocktail menu in place, I now know that Nadodi KL isn’t just the place to go to for fine dining Indian cuisine. It’s also a place where I can enjoy quality cocktails, aside from many other bars in KL.

Nadodi KL Nadodi
PohNee Chin
Editor, Kuala Lumpur
Poh Nee is the editor and writes about travel and drinks. When she's not living out her holiday dreams via Google Earth and sipping on an Old Fashioned down at the local bars, you can find her snug at home bingeing on Netflix and mystery fiction.
Travel Drinks