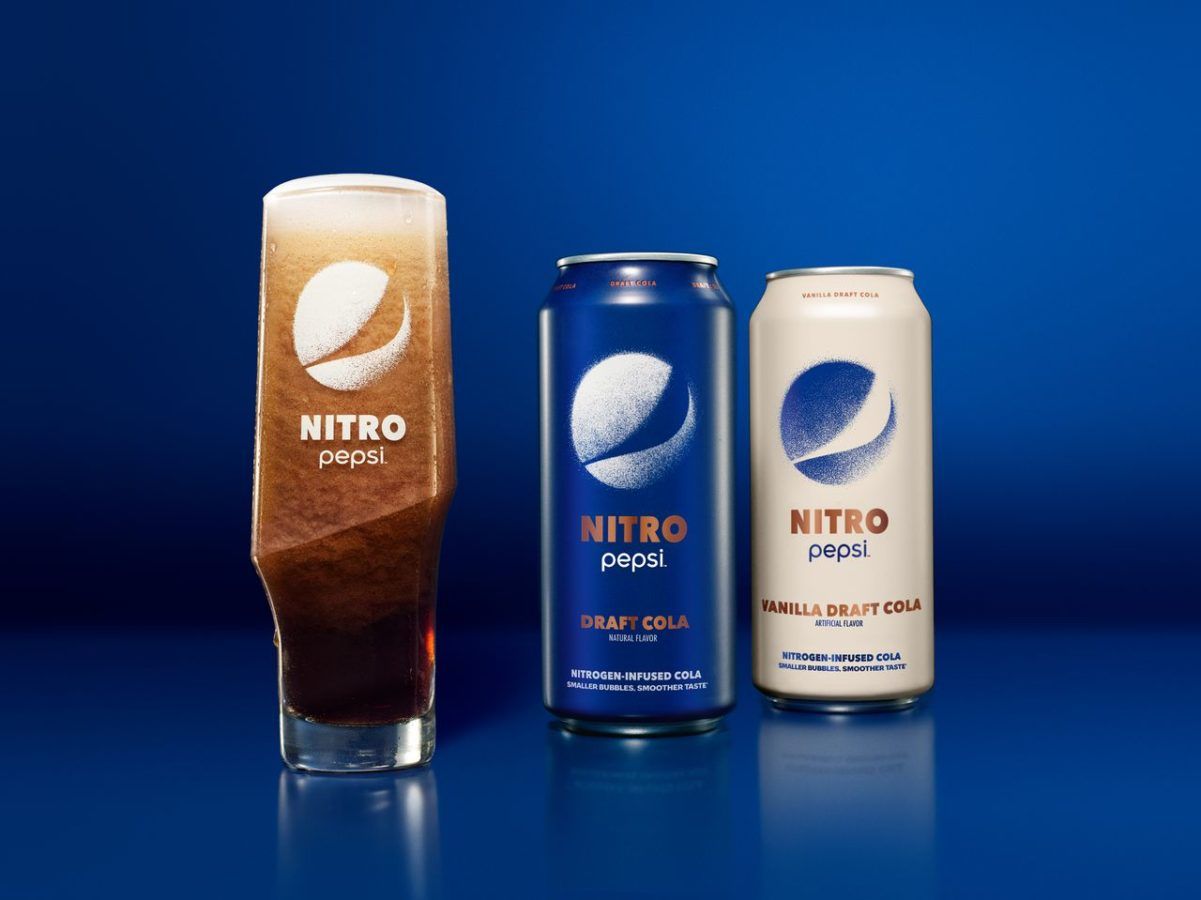 Nitrogen is coming to your can of Pepsi! That’s the American giant’s latest idea to keep consumers on their toes, while keeping the brand at the cutting-edge of the cola department.

The classic cola recipe has been revisited countless times, from local versions touting regional manufactures to supermarket brand adaptations. However, one element of the soda’s DNA has never been changed: the bubbles. But with its newest drink, Pepsi hopes to be the brand that succeeds in evolving a recipe created in the late 19th century. The American giant bills its creation as a “first-of-its kind innovation.”

What is Pepsi Nitro Draft Cola all about?

The manufacturer has developed a recipe in which nitrogen is infused into the cola to create very fine bubbles. The new drink is especially characterized by its light, foamy texture, which makes it creamy and smooth to drink. A widget is placed in the can to release the nitrogen when the drink is opened. This “Nitro Pepsi” is best served cold, but without ice, the brand says.

The drink could be a new way to win over consumers who don’t like fizzy drinks. Cola lovers be warned: it’s a whole new taste experience that’s nothing like a traditional cola or soda.

This is something that coffee lovers know all about. They were the first to discover this frothy sensation when Starbucks unveiled a nitrogen-infused latte six years ago. Baristas simply flicked a handle similar to that of a beer tap to make this super light and foamy beverage, that’s served cold. The technique was then widely used by a host of brands, such as the Ireland’s VOBE Nitro or Germany’s Naiko. Even the pastry chef Pierre Hermé jumped on the trend, serving this nitro cold brew coffee in his Parisian flagship.

Hero and feature images by Pepsi Co. The story is published via AFP Relaxnews