Home > Food & Drink > Drinks > The art of picking the right sake cup, from shapes to sizes and materials 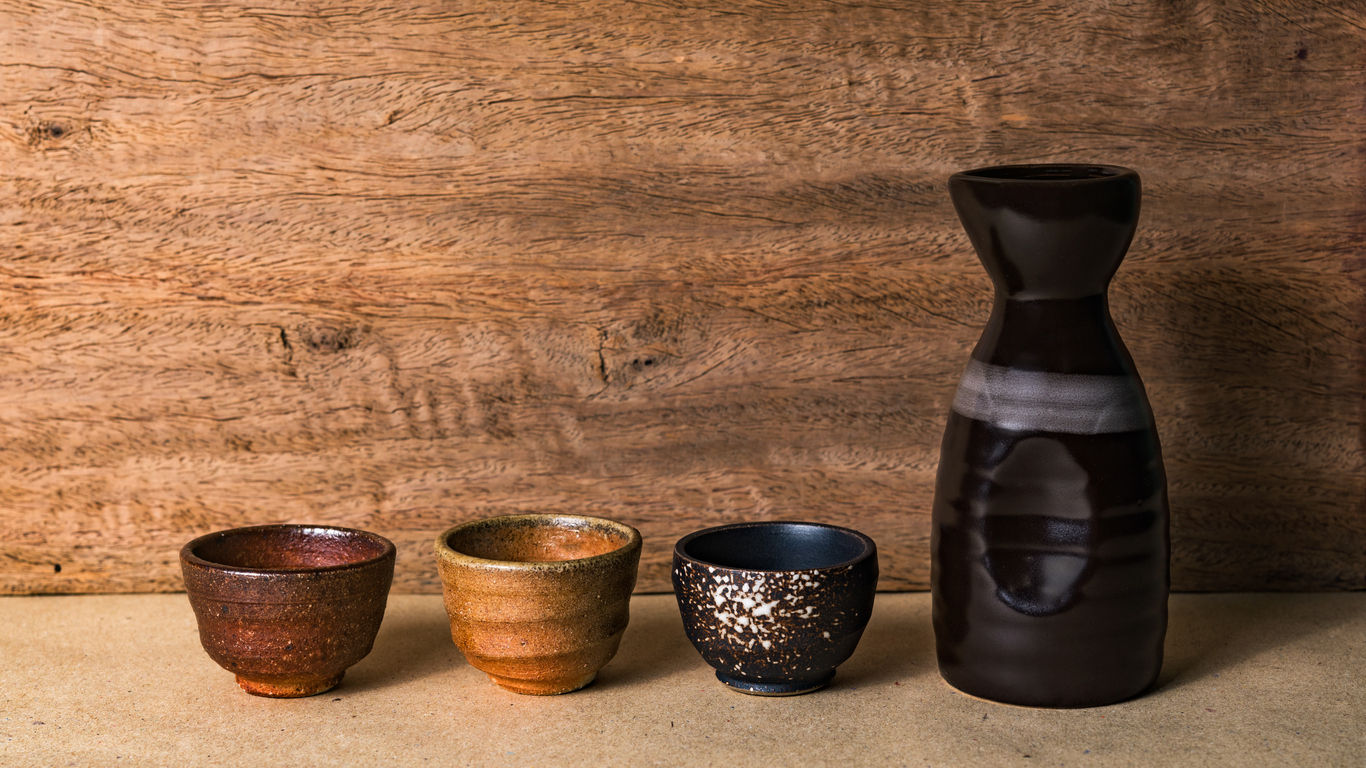 The art of picking the right sake cup, from shapes to sizes and materials

Food & Drink
The art of picking the right sake cup, from shapes to sizes and materials
Share this article
Next article

Picture this: you’re in a fancy Japanese restaurant and you’ve just ordered some fine Junmai Daiginjo sake to go with your omakase set. The hostess nods graciously at your order and later returns with an entire tray of glassware choices. “Please pick your sake cup,” she says.

After mulling over the designs, you pick one that strikes your fancy. You’re not wrong — part of the picking process does indeed entail your current mood and design preference. But did you know that there is a science (chemistry, in fact) to picking the right sake cup?

The material determines the taste

The first thing you’ll notice is that sake cups come in various materials: ceramic, porcelain, glass, wood, and sometimes even pewter. Each material will react differently with the sake, bringing out different tasting notes for your jukushu, junshu, kunshu, and soshu sake. These are the four different production methods of sake — better known in Japan as nihonshu — which are distinguished by their strength and aroma. For example, jukushu has a strong aroma and flavour, while kunshu has a strong aroma but light flavour. The junshu has a light aroma but strong flavour while soshu has both a light aroma and flavour.

As a general rule of thumb, the lighter tasting and smelling soshu should be sipped from a smaller sake cup made of light material, such as glass. Meanwhile, the kunshu would taste better when sipped from a trumpet-style glass, to better aerate its strong aroma.

Jukushu with its strong aroma and flavour should be drunk from a sake cup made of heavier material — for example, ceramic. Finally, the junshu is more flexible — just stick to a Japanese style cup such as a porcelain one and you will be fine.

Sake enthusiasts will know that different types of sake can be consumed in a myriad of temperatures, from hot to cold. With that in mind, the vessel used to drink the sake also needs to keep the temperature consistent. If you poured hot sake into a large cup, it would cool down way before you finish it.

For sake that needs to be drunk at a consistent temperature whether hot or cold, use the ochoko — a very small cup that can contain enough sake for just one sip. It might seem counterproductive to keep pouring from the giant sake bottle into such a tiny cup, which is why the ochoko is always accompanied by a pitcher called the tokuri. To maintain a consistent temperature, the tokuri can be placed in a hot or ice bath.

Room temperature sake is more flexible and can be poured into a larger sake cup called the guinomi. They can come in a variety of shapes, but generally, guinomi just means “large cup”. Don’t make it too large, though — its size should be bigger than the ochoko but still smaller than a regular Japanese tea cup.

These days, it’s not unusual to see sake being drunk from a champagne or wine glass outside of Japan. Now that sparkling sake is a thing, it makes sense to serve them in a flute glass to showcase the bubbles.

Back in Japan, sake is usually consumed quickly in one sitting — hence the smaller cups with wide mouths. In recent times, the art of appreciating sake is increasing, akin to whisky appreciation. Rather than just down a cup, more sake connoisseurs are pouring their chilled sake into wine glasses to better aerate the nihonshu. This allows you to better nose the sake and determine its fragrance notes.

While there are many ways and sake cups to enjoy your nihonshu the fullest, the most important thing is that you actually are enjoying yourself in the process. Now that you are equipped with this knowledge, go forth and order yourself some premium Junmai Daiginjo.

Food & Drink
Inspired interiors: Chinese-themed bars in Kuala Lumpur
junmai daiginjo guide to sake sake cup how to drink sake how to choose sake cup ochoko guinomi tokuri
PohNee Chin
Editor, Kuala Lumpur
Poh Nee is the editor and writes about travel and drinks. When she's not living out her holiday dreams via Google Earth and sipping on an Old Fashioned down at the local bars, you can find her snug at home bingeing on Netflix and mystery fiction.
Travel Drinks
Sign up for our newsletters to have the latest stories delivered straight to your inbox every week.