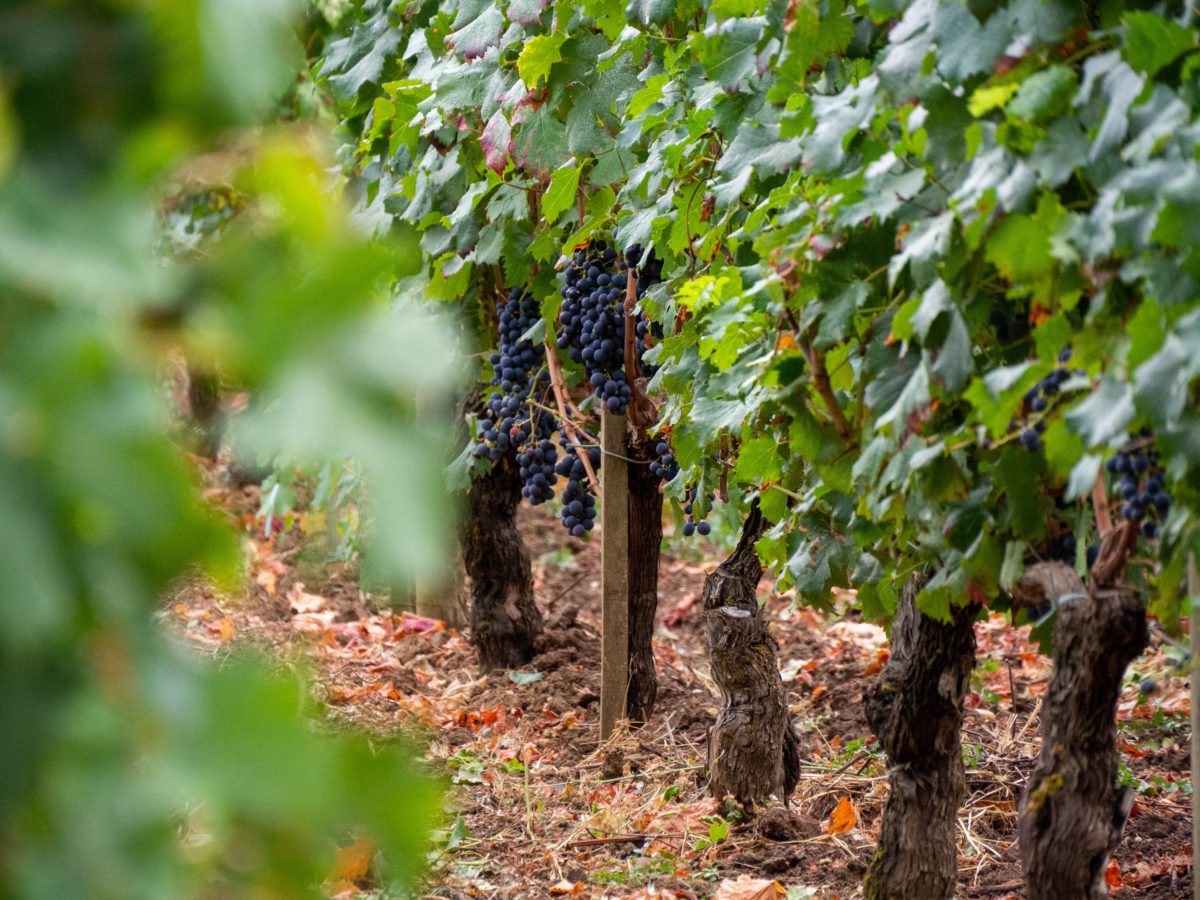 If you love wine, chances of you haven’t tasted a red Bordeaux wine are slim.

When I started my journey in wine, I found French wine enticing but the labels were difficult to decipher. French wine has a strong identity, emphasising on “terroir” and the AOC (Appellation d’Origine Contrôlée) system, which protects the appellation and allows winemakers to produce wines of high consistency.

You might like this…
Food & Drink
Eiling Lim: The best red wines from Etna, Sicily you should try today
Food & Drink
The Azzurri’s Euro triumph is equalled by these magnificent Italian wines

For decades, I believed the quality of French wines were the envy of other New World wine producers – I still do. For young wine lovers who don’t live in Europe, they typically have their start with New World wines. Usually a bottle from Australia, New Zealand, Chile or South Africa, before they discover the wonders of French wine. I was the same.

When I was younger, I found it really challenging to understand a French wine label and as they say, the key to understanding French wine is to know the regions. And it doesn’t help when one can only say, “Je ne parle pas Français!”

Wine is indeed a complex product to understand as it is characterised by different attributes such as the region, variety of grapes, winemaker, winery and wine style. Finding a good bottle of wine can take years to master, especially when it comes to French wine and particularly Burgundy due to the complexity of the label.

Naturally, many wine lovers begin in Bordeaux before venturing out and into the mythical world of Burgs (short for Burgundy). The reason being the Bordeaux wine label provides information on quality of the wine. The better the wine, the higher the level of classification. The 1855 Bordeaux Classification, for example, can help consumers to choose a bottle wisely.

We recently hosted a dinner at home and it was a night of Bordeaux. It felt like it had been ages since we last drank some Bordeaux wines because I’m a big fan of Burg. A Bordeaux wine needs more time to age because a young Bordeaux can be rather tannic and chewy. We chose the vintage 2003 as we had some of these bottles ageing in the cellar. We felt that it was time to pop them open.

2003 was a year saddled with extremely hot weather conditions. The year saw record-breaking heat waves, creating a vintage polarising critics. Nevertheless, great wines were produced. Luc was the sommelier of the night, while I was the chef. We started with a bottle of 2002 Cristal and Krug champagne before adjourning for a bottle of “Y” (pronounced “ee-grek” in French) – a dry white from Château d’Yquem – and the following red Bordeaux wines.

Château Haut-Bages-Libéral is a winery located in Pauillac where it has the highest concentration of Crus Classés in Bordeaux. One of its largest parcels of vines is located next to Chateau Latour and down the road to the side of Chateau Pichon Lalande. This winery is ranked as a fifth growth in the 1855 Classification of Médoc and Graves.

It was officially certified as an organic and biodynamic Bordeaux producer in 2019. The bottle was opened and decanted for 2-3 hours before it was served. The wine is made of 80% Cabernet Sauvignon, 17% Merlot and 3% Petit Verdot. On the nose, there are notes of ripe dark fruits, sweet tobacco, cigar box and vanilla. The tannins are soft and well-integrated. I sensed dryness especially with the finish with notes of herbs and earth.

The finish was good – but for some reasons, it wasn’t good enough.

It didn’t speak to me and I felt there was something missing. Perhaps it was a lack of finesse and a lingering finish. By the end of the day, I would rate this as the weakest in the evening’s line-up.

The Château lies on the outskirts of Pauillac, on one of the town’s most beautiful hilltops. The winery takes the other part of its name from Thomas Lynch, a Bordeaux merchant of Irish lineage who owned the property in the 18th century before it ended up in the hands of the Cazes family. It was rated as a fifth growth, although it has a solid reputation with some amazing vintages. This bottle here is ageing brilliantly despite a hot vintage in Bordeaux.

Made of 75% Cabernet Sauvignon, 15% Merlot and 10% Cabernet Franc, the terroir of the wine shines, offering notes of warm cassis, black cherries, currants, plums and leather. The tannins are elegant with layers of acidity that are well-balanced. The wine is full-bodied, intense with a good depth and complexity, but at the same time, very approachable. I loved it and it was really impressive that they managed to overcome the short-comings of this vintage. It is a wine to drink now or even in many years to come! To pair with this wine, I had some crispy pork belly roast which I made earlier in the afternoon.

Château Leoville Barton is a well-regarded estate in the Saint-Julien region with a second growth ranking. A property of the Barton family, today, it is one of only two châteaux from the 1855 Classification of the Médoc that remain in the hands of the same family that owned it at the time it was classified. Did you know that Château Leoville Barton has no château? The château pictured on the label of Leoville Barton is actually their sister estate, Château Langoa Barton, and the wines are also made at their sister property. The quality of its wines soared during the 1980s, making it one of the estates to watch out for in Bordeaux.

The ruby coloured wine is still on its young side, displaying a youthful character filled with a sensational bouquet of red and black currants, floral notes, herbs such as anise, toasted oak and a forest floor. It’s a classic Bordeaux, gorgeously well-balanced, full-bodied and still in its adolescence. We drank this with a beautiful piece of marbled steak and it was indeed a match made in heaven!

This is Château Margaux’s second wine which has been in production since 1908, and is one of the oldest-known second wines. Accounting for half of the Château’s production (about 150,000 bottles produced), it is made from the wines that remain after the extremely strict selection carried out for the grand vin and from the estate’s younger vines. A blend of 65% Cabernet Sauvignon and 35% Merlot goes into this bottle.

Its dense ruby to purple hue is followed by pure aromas of raspberry, cassis, vanilla, flowers, and licorice. Very generous, juicy, smooth, ripe and elegant. It finishes with acidity and a subtle floral note. I think it is a superb wine that can compete with many crus classés.

According to the winemaker’s notes, the Pavillon Rouge 2003 is a monumental wine, richer in tannins than any Château Margaux produced over at least the last 40 years, until 2005 (which became even more concentrated). This unusual power is happily balanced, as in the first wine, by a delicacy and smoothness, which almost managed to hide the impressive tannic structure. When I first discovered the first growths, it was one of my early favourites thanks to its silky tannins. The wine also has an elegant approach compared to other more powerful wines produced in the other regions of Bordeaux.

Château Latour is one the world’s most famous wine producers. Being part of the first growth means it comes with a hefty price tag. However, one can always find a gem among the other labels from this château. Pauillac De Latour is the third wine of Château Latour. Pauillac is made primarily from young vines which aren’t grown on the prestigious terroirs as the Grand Vin and the grapes are deemed not good enough to be placed in Les Forts de Latour – their second wine. Pauillac de Latour made its debut in 1965 and was produced only occasionally until 1989. Since then, it has been produced for every vintage and developed primarily for the restaurant market.

We drank this bottle while on holiday in the south of France. We were having dinner at the famous Hotel du Cap-Eden-Roc in the summer and the restaurant had a half-a-bottle on the wine list. We started with a bottle of champagne and we couldn’t even finish a bottle of red! Château Latour 2005 was our wedding wine and we love this winery tremendously as it brings forth sweet memories, apart from making superb wines!

Since this wine was opened after a little more than a decade, I didn’t expect it to be at its top shape because a third wine is not meant to be aged for too long. Many of these are consumed within 4-5 years. Yet, I had no doubt that the wine would impress.

The bouquet is beguiling, with aromas of cassis, chocolate, berries, pencil shavings and spice. It is made of 55% Cabernet Sauvignon, 44.5% Merlot and 0.5% Cabernet Franc. A full bottle will probably age better than this half bottle. The wine is well balanced with silky and creamy tannins with a medium body and a lingering finish. This is perfect for someone who hasn’t tasted the Grand Vin of Château Latour and wouldn’t want to fork out a fortune for it.

I find Bordeaux wonderful to appreciate. More often we drink these wines prematurely before they have the time to blossom. I am very lucky as Luc was a huge fan of Bordeaux wines in the past and therefore we had these aged wines stored in the cellar. Things, however, have changed and today, we have more Burgs ageing in the cellar.

Hero and feature images by Pierre Ducher on Unsplash. All images by Eiling Lim unless stated otherwise