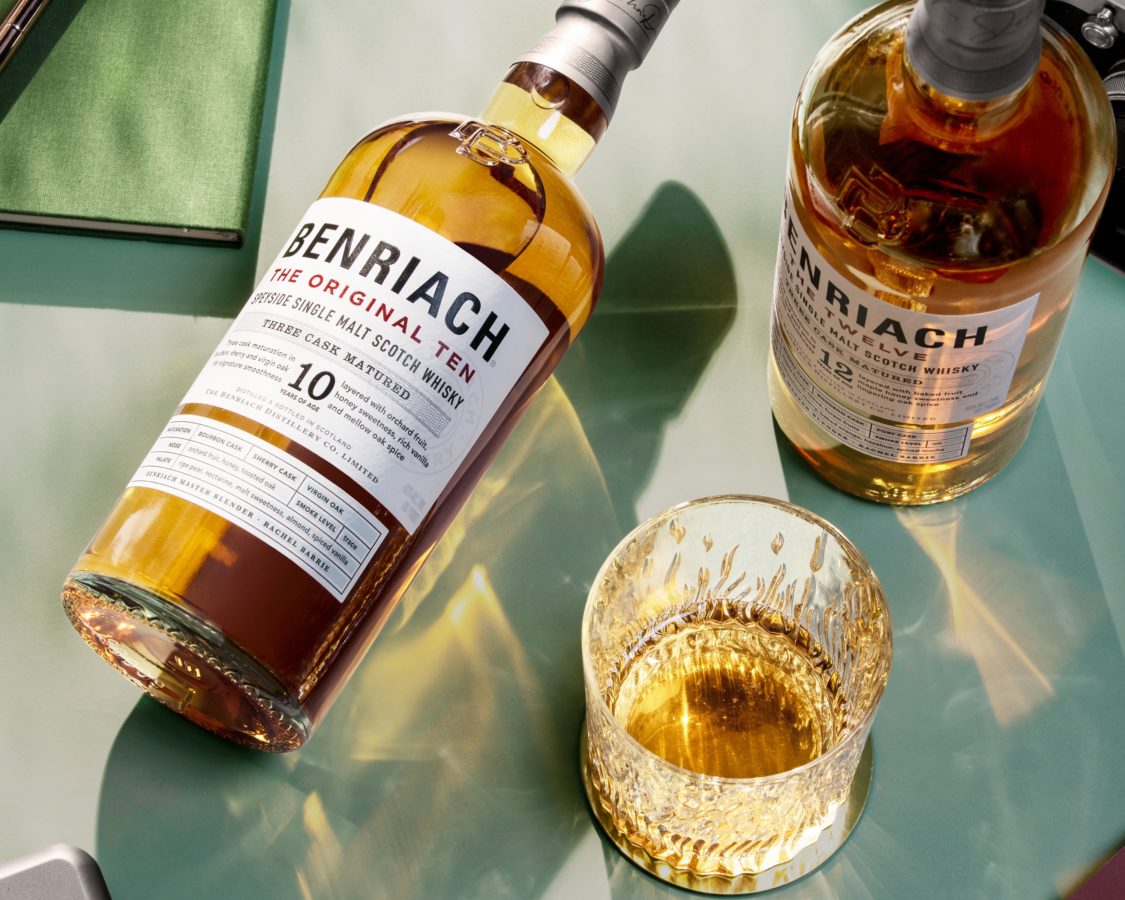 What do The Macallan, The Glenlivet and Glenfiddich all have in common? To begin with, they originate from Scotland. They are whiskies (duh) – Scotch whiskies to be precise; and single malt Scotch whiskies from Speyside to be pedantic – and they happen to be highly recognisable names in the world of whisky. By that extension, they are also some of the fastest moving whiskies in the world.

You might like this…
Food & Drink
9 of the most expensive Scotch whiskies you can buy right now for any occasion
Food & Drink
The indispensable guide to pairing mooncakes with whisky, cognac and port

The litany of Speyside whiskies of course goes beyond the aforementioned names. You might have heard of Glenrothes, The Balvenie, Mortlach and the likes. Even if you aren’t overly educated about Scotch and the nuances and differences between the 5 regions of Scotch whisky, you have had whisky in your life, it is terribly possible that what you had is a Speyside whisky.

How to discern it without getting unreasonably technical? For one, a Speyside whisky is easy drinking, universally approachable and deliciously fruity. Yet, there is nothing simplistic about it. On the contrary, Speyside is revered for its sought-after and highly rated premium offerings. So exquisite in fact, several expressions have set records at auctions and many more have won awards at various spirits competitions.

We are quite blessed here in Malaysia that in spite of our relatively small drinking population, we – by which I mean those who can drink legally – punch well above our weight.

The principle of causality dictates that there are consequences to our action. With demand comes supply, and this runs in a circular motion. There are perks to our collective, excessive habit – an envious and almost an embarrassment plethora of whiskies to choose from. This brings me to Benriach.

You might think “this copy writer is trying his best to tempt me into splashing out on brands that I haven’t heard of even though I’m quite content with the ones I got,” and you might also think when I say Benriach is different, it is rather cliched. And it is – not cliched but different.

The distinctiveness of Benriach is manifold. It is compelling and provocative simply because the distillery is doing things atypical of its neighbours.

Now with a refreshed stable of whiskies, it exemplifies why Benriach stands apart from the rest. Find out my review below and if you harbour the intention of making a purchase, you are entitled to a small discount.

The promo code BENRIACH2021 can be redeemed at whisky.my. Each promo code comes with a RM 25 discount for all Benriach products in one checkout. It is limited to 30 usages on a first-come-first-serve basis and valid until 15 September 2021. 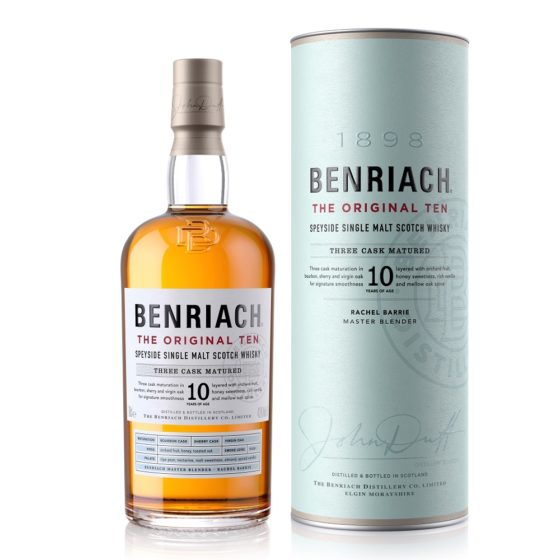 Distilled in the thoroughly Speyside tradition, it is fruit forward but multifaceted to provide a sensorial satisfaction. The single malt whisky gets its breadth and depth of flavour from a symphony of three cask types. The whisky is matured for at least 10 years in bourbon barrels, sherry casks and virgin oak casks. It is what I would describe as a very approachable whisky; precisely what you can expect from a Speyside whisky. Silky smooth on the palate, with honey and a bouquet of orchard fruits giving way to pear, spiced vanilla and malt sweetness on the palate – a welcome idiosyncrasy chiefly because malt sweetness is not frequently encountered in Scotch whisky even though malted barley is the essential ingredient.

Not convinced? This expression won gold in 3 of the last 4 annual San Francisco World Spirits Competitions. 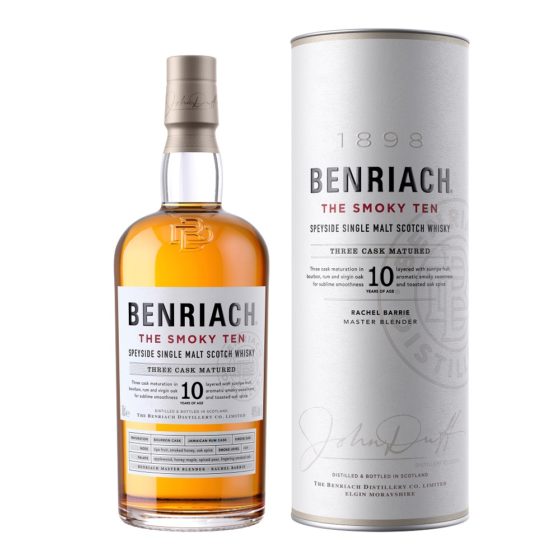 This, as in the case of peated whisky, can be quite polarising. The peatiness of this single malt comes from a generous proportion of sweet and smoky Highland peat. At the same time, the whisky is crafted from a combination of unpeated and peated spirits and three cask types of bourbon, Jamaican rum and toasted virgin oak. A departure from heavily peated Islay whisky, underneath the robust smokiness, the Smoky Ten offers sweet, ripe fruits as counter points.

Personally, I perceive some petrol, charred drift woods, bacon fading into a fruity, sweet finish. It is reminiscent very much of a refuelling trip to the petrol station located by the beach but in a satisfying way. The new recipe won back-to-back gold medals at the 2019 and 2020 San Francisco World Spirits Competition. 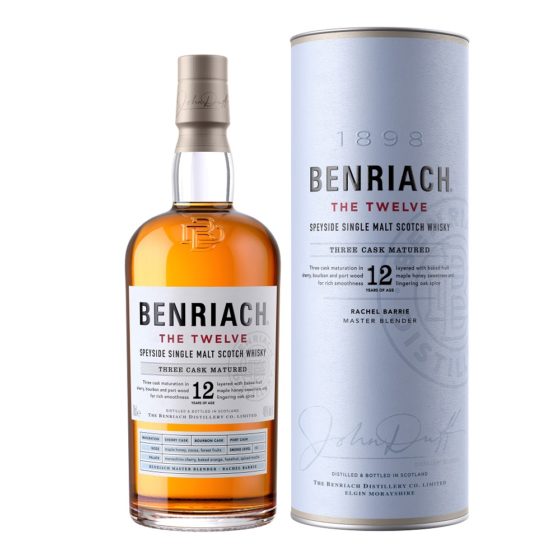 Succinctly named, the Twelve will appeal to those seeking a “darker” whisky. By that, I mean stone fruit, sultana, cocoa and spice. This expression is drawn from a combination of three cask types in sherry, bourbon and port. Though it retains some honey notes expected of ex-bourbon casks, the flavour of this whisky is propelled primarily by the sherry cask.

Little doubt that this is a step up from the Original Ten. I would recommend this to those demanding a richer whisky but also less sweet. I dig this. At 46% ABV, you can drop in an ice cube to open up the flavour spectrum even more. 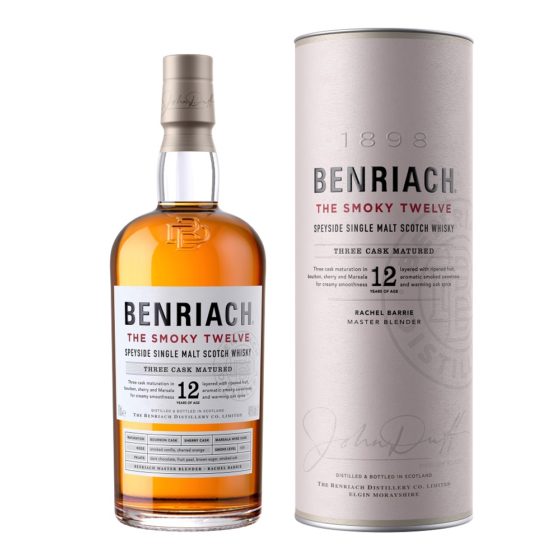 Smoky? Absolutely, but thanks to the use of Highland peat, the Smoky Twelve offers smokiness that veers towards floral sweetness as opposed to the more masculine, robust and briny smokiness of the Smoky Ten. This expression is crafted from a combination of unpeated and peated spirits and features spirits aged in bourbon, sherry and Marsala wine casks. It exhibits the kind of sweetness I expect from bourbon casks but also spicy notes from sherry as well as nuttiness and liquorice notes from Marsala wine.

This is by a margin as wide as a loch my favourite of all four whiskies.

Price
RM379
Shop
Whisky Scotch Single Malt Benriach
Justin Ng
Digital Content Director, Kuala Lumpur
Often think of myself as a journalist and so I delve deeper into a range of topics. Talk to me about current affairs, watches, travel, drinks, new experiences and more importantly, the business, economics and dynamics behind it.

Still a vintage? French wine output set to slump in 2021 due to cold snaps